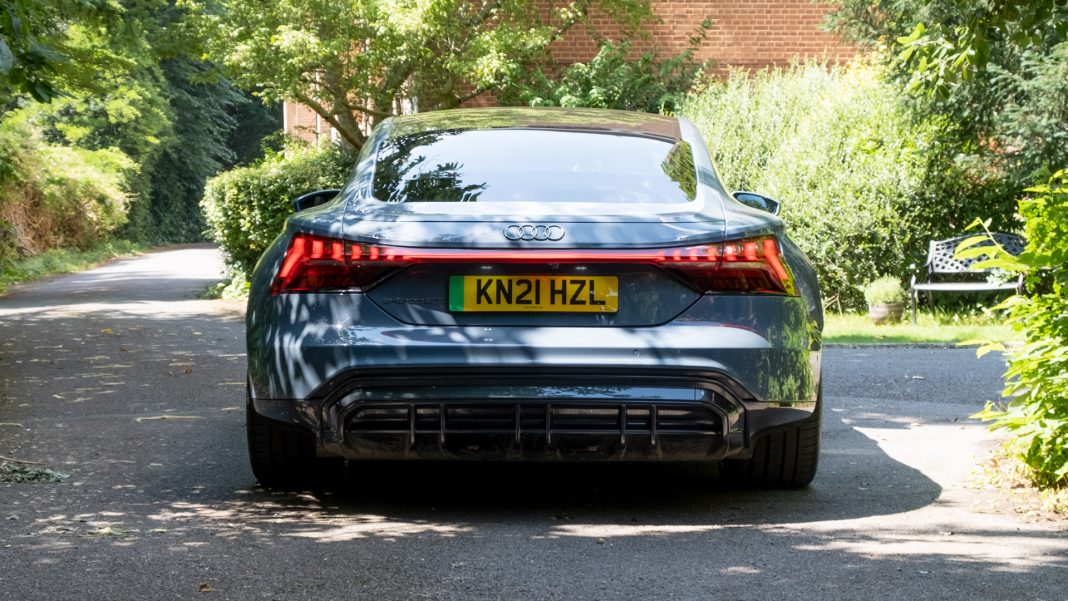 The roar of a petrol engine when we push the accelerator, as the pistons and cylinders fire away, is a compelling thing. And the pantheon of classic cars we idolise reflects our lust for petrol – some of these are instantly recognisable, and fetch a pretty penny.

The iconic Aston Martin DB5, a mainstay of the James Bond franchise, reappears time and again in film across decades, and we still covet a whole alphabet of cars, from the Jaguar E-Type, through to the XK. The fact is undeniable: combustion engines feature prominently in our gallery of favourites.

Yet this era of petrol is coming to an end – or rather, it has to come to an end. Petrol may be one of the characteristics we’ve long found most attractive in a car, but it’s the one we need to kick. To discuss the future of our vehicles, TotallyEV reached out to Peter O’Driscoll, Managing Director at RingGo.

Together in electric dreams

We are now in the dawn of the electric age. Yet, despite major advancements made in this space, and remarkable strides from the likes of Tesla, the feedback to this change has been mixed, with drivers expressing concerns about the technology, cost, maintenance and range of these new vehicles – even the noise, or lack thereof.

It’s true, the Fast & Furious movies would sound very different if the cars were all electric, but this is where the market is heading. The fact of the matter is that we all need to make the switch to electric, ahead of the ban in 2030 on the sale of new petrol and diesel vehicles, in order to reduce the amount of pollution we produce. And with this looming date, we need to take a look at the types of drivers we are, what we drive and why we drive it, so that we can make cleaner choices for the future. 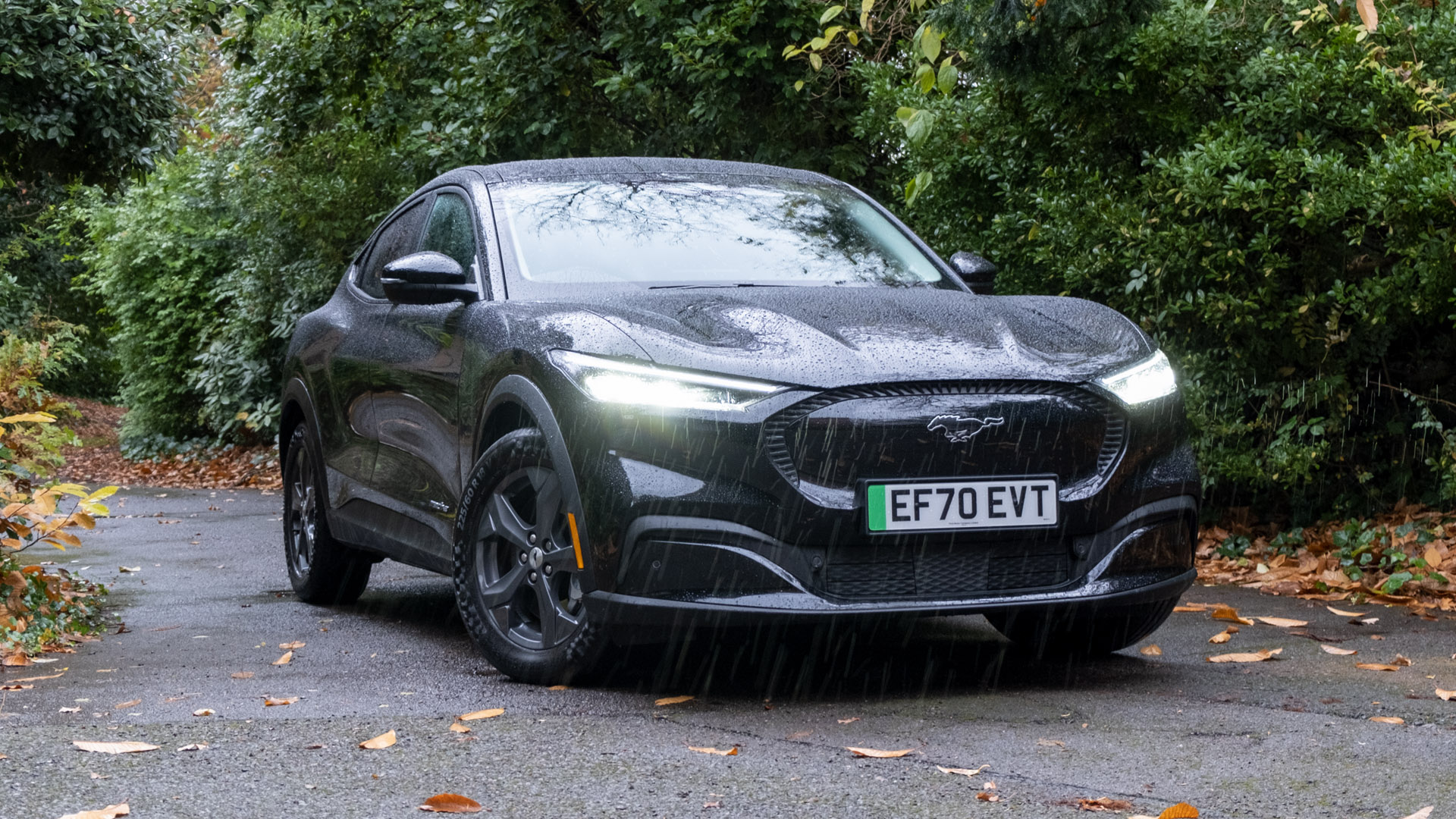 Read next: Are we doing enough to persuade drivers to go electric?

The type of car you drive says a lot about yourself. Practical Brits want to drive cost-efficiently, using cars simply to go from A to B, and this mindset influences what they look for in a vehicle. At the other end of the spectrum, petrolheads can be prepared to pay a premium for a new roadster, seeing a car as more of an investment and style symbol, even if it means breaking the piggy bank.

Following on from a recent survey conducted by RingGo, we can see that there are five different types of drivers on our roads today:

A third (35%) of respondents are green warriors. These drivers are part of the eco-conscious crowd and already own an EV. They are typically aged 35-44, living with children (46%) and have a household income of over £50k per annum (60%). Green warriors are champions of sustainability, and see long-term benefits to going electric, with lower running costs. Comments include the following: “Technology inspired me”, “Best drive of any car I have had” and “I won’t return to ICE vehicles”. 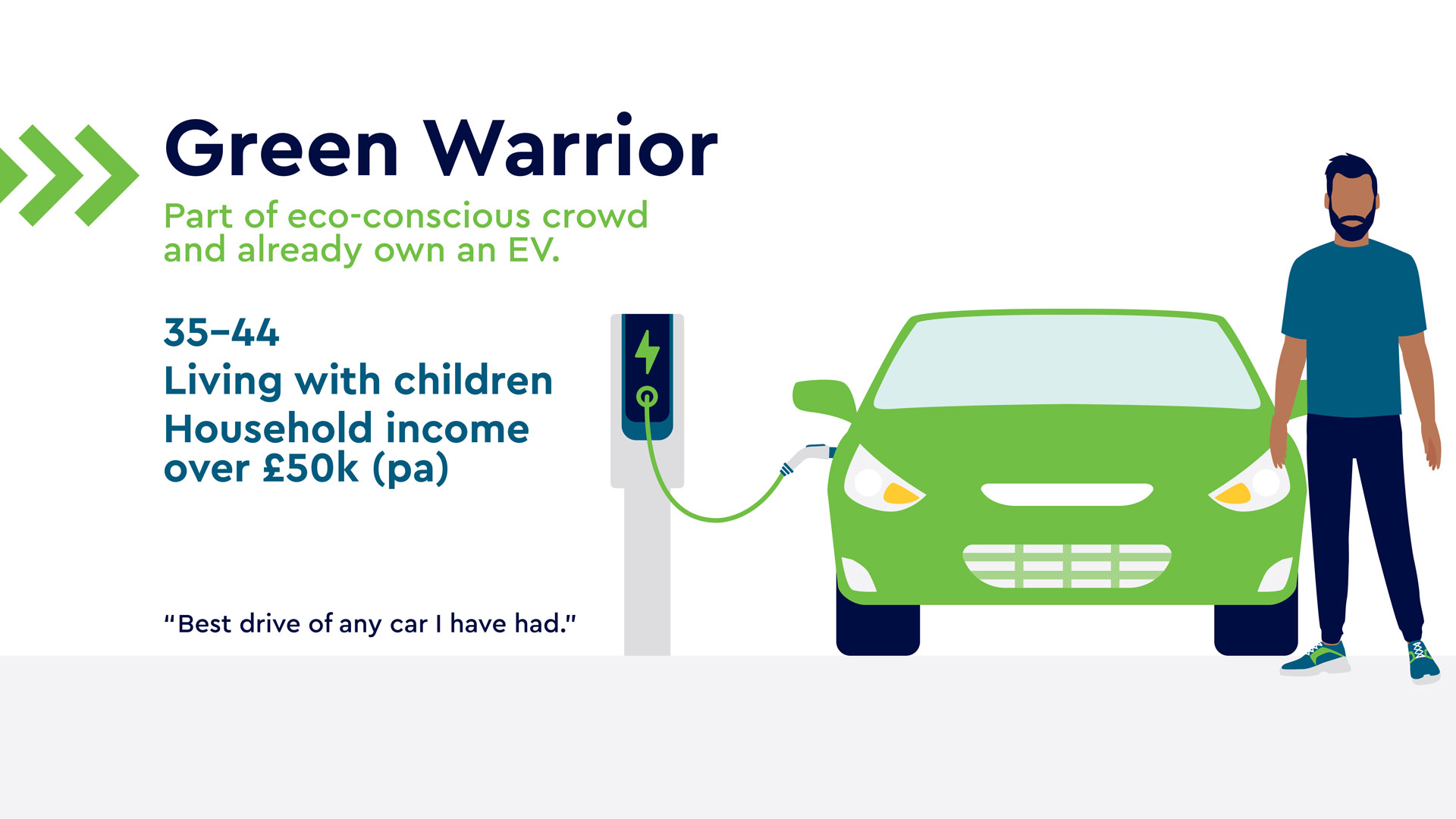 Over one in ten (14%) are sustainable swappers. These drivers can be any age, and are keen to get an EV. They will likely buy in the next 2-4 years, to replace their current vehicle, or sooner depending on circumstances. They are most likely to drive a medium or large vehicle currently (89%), and believe the perfect time to transition to electric is just on the horizon. Comments from this type of driver include: “Already ordered, awaiting delivery” and “No concerns about changing to an EV. In fact, I find it exciting. My son is on his second and has converted myself. As I’m retired, it’s not in the budget at the moment”. 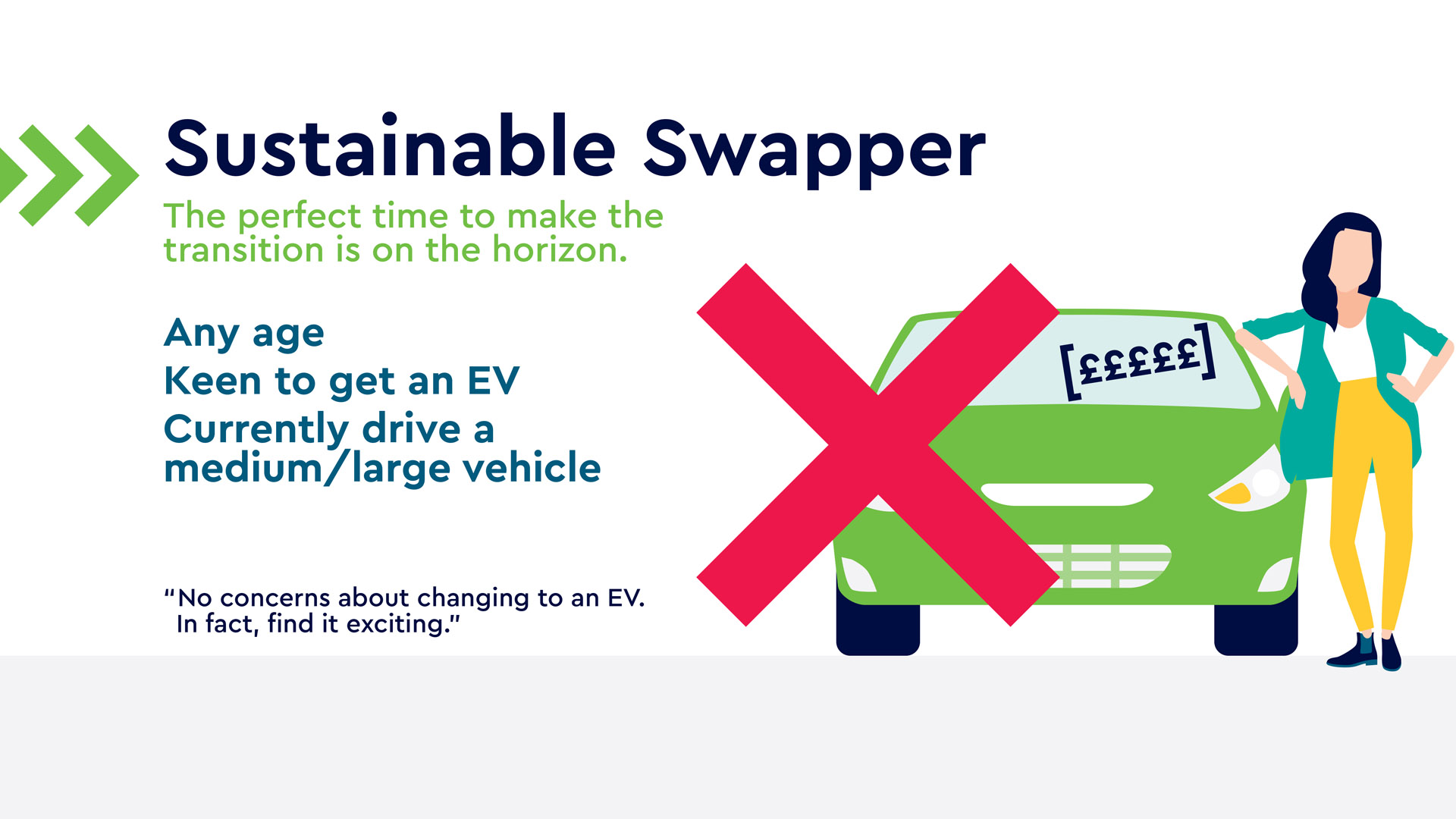 One in ten (10%) drivers are aspiring altruists, who have good intentions of swapping to an EV, but can’t justify the initial cost and see too many hurdles to switching to electric. Most hope to swap within the next 4 years but, with many earning £30-50k per annum, perceive it as a struggle to afford one. They can be of any age. Comments include the following: “Ridiculously overpriced – only the rich or well off can afford this stuff at the moment” and “Are the Government going to help drivers change to EVs if we have to change by 2030?” 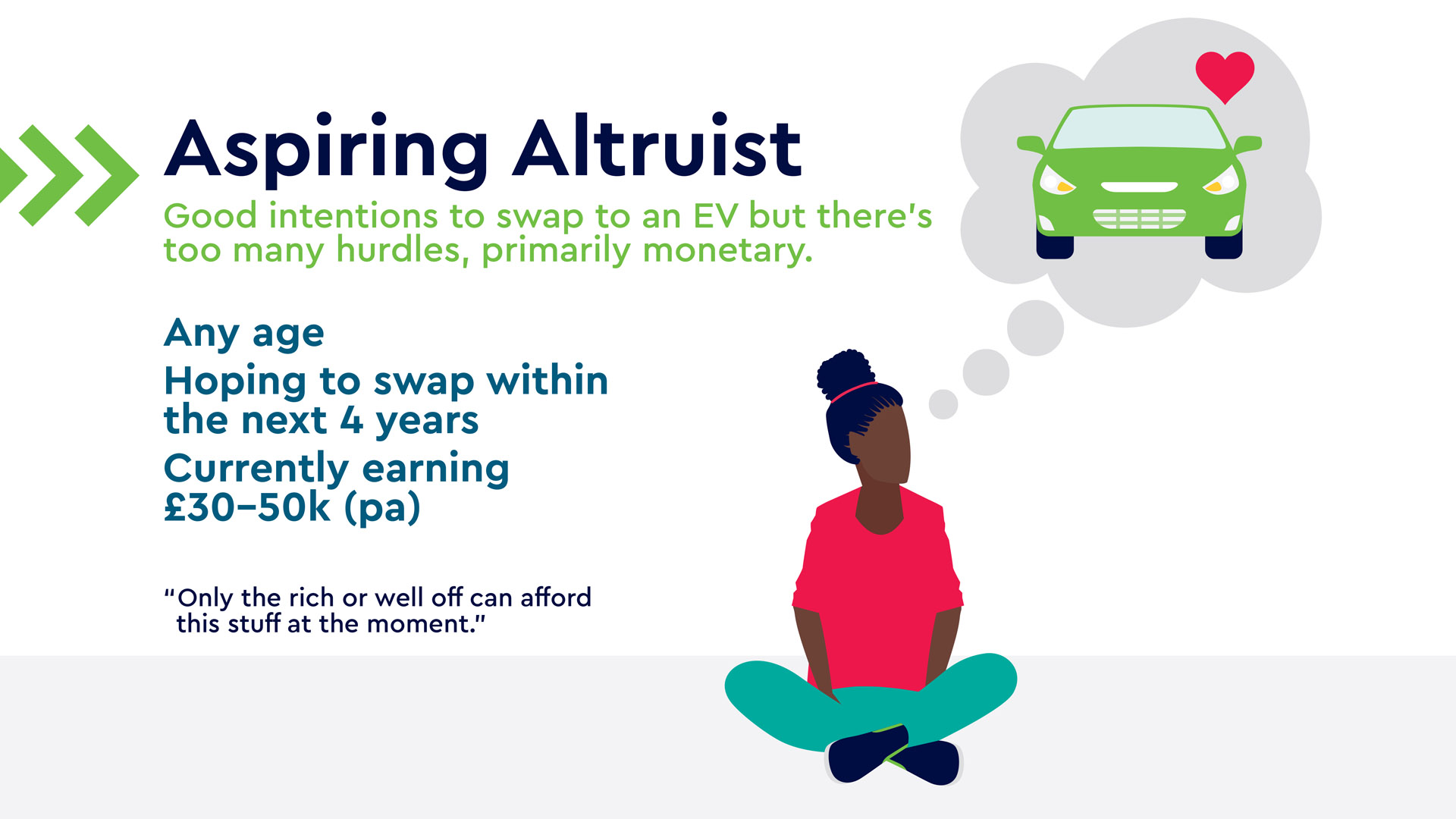 A quarter (26%) of drivers are postponing pragmatists, biding their time until the technology progresses and improves, whether that’s with better batteries, range or design.  They are more likely to live with just a partner (49%) and be older (65+). Fewer of these sorts of drivers have over £50k household income per annum. Comments include: “Need the range to be vastly improved”, “A 2-hour trip with my pregnant friend took more than 6 hours as we tried to track down operational charging points. The infrastructure on the motorway is abysmal. I thought my friend was going to go into early labour with all the stress!” 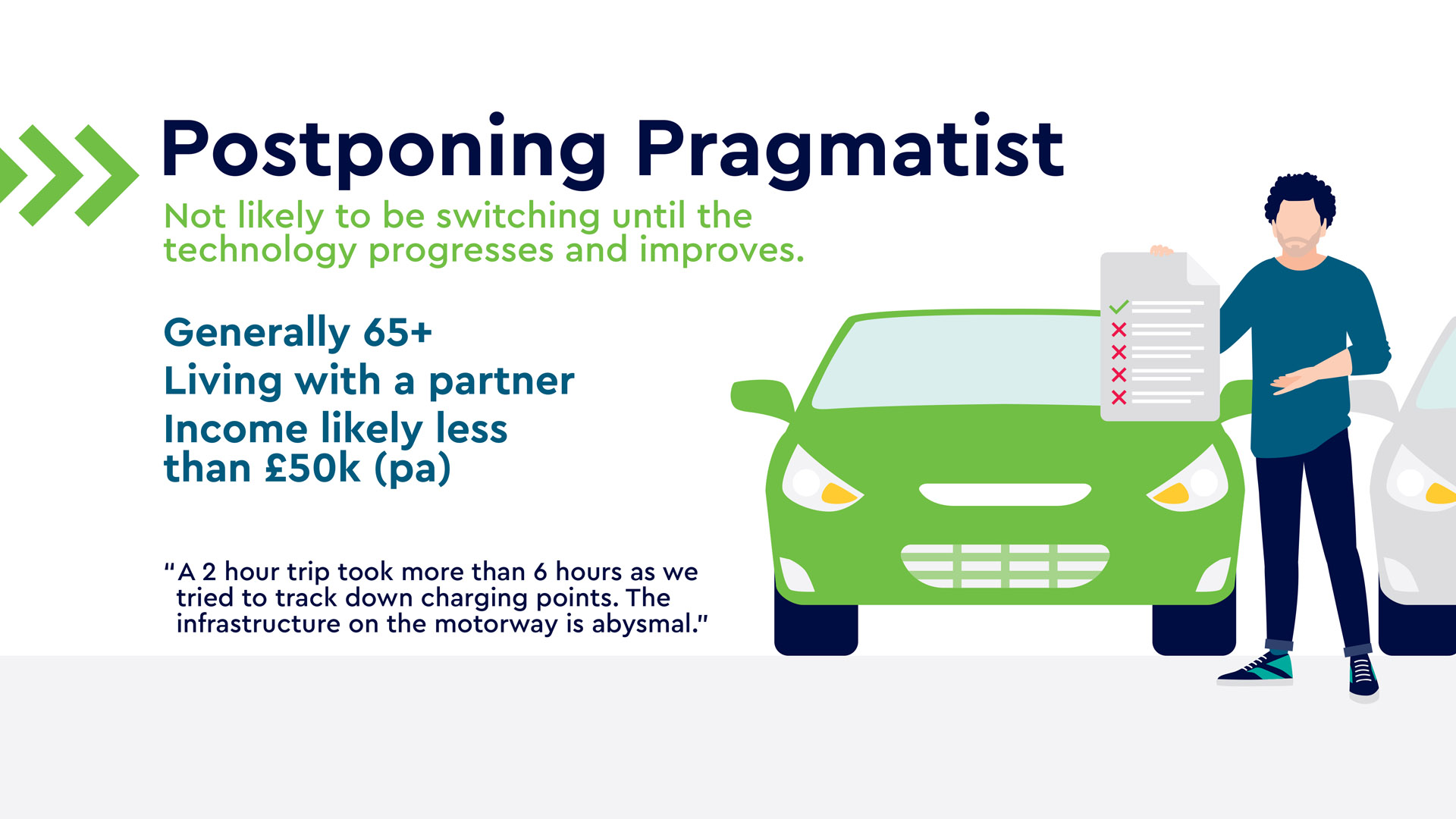 Over one in ten (14%) of drivers are staunch traditionalists who are unwilling to convert to electric. These types of drivers mostly live with their partner, with no children, and are retired (67%). Many are over 65 and could afford an EV, with a quarter (24%) earning over £50k per annum, but simply don’t want to give up petrol.  Typical comments include: “It will never make a noise like my Ferrari. I don’t care how fast it goes” and “I’m 56 so I’ll buy the last petrol car in 2029 and make it my last car”. 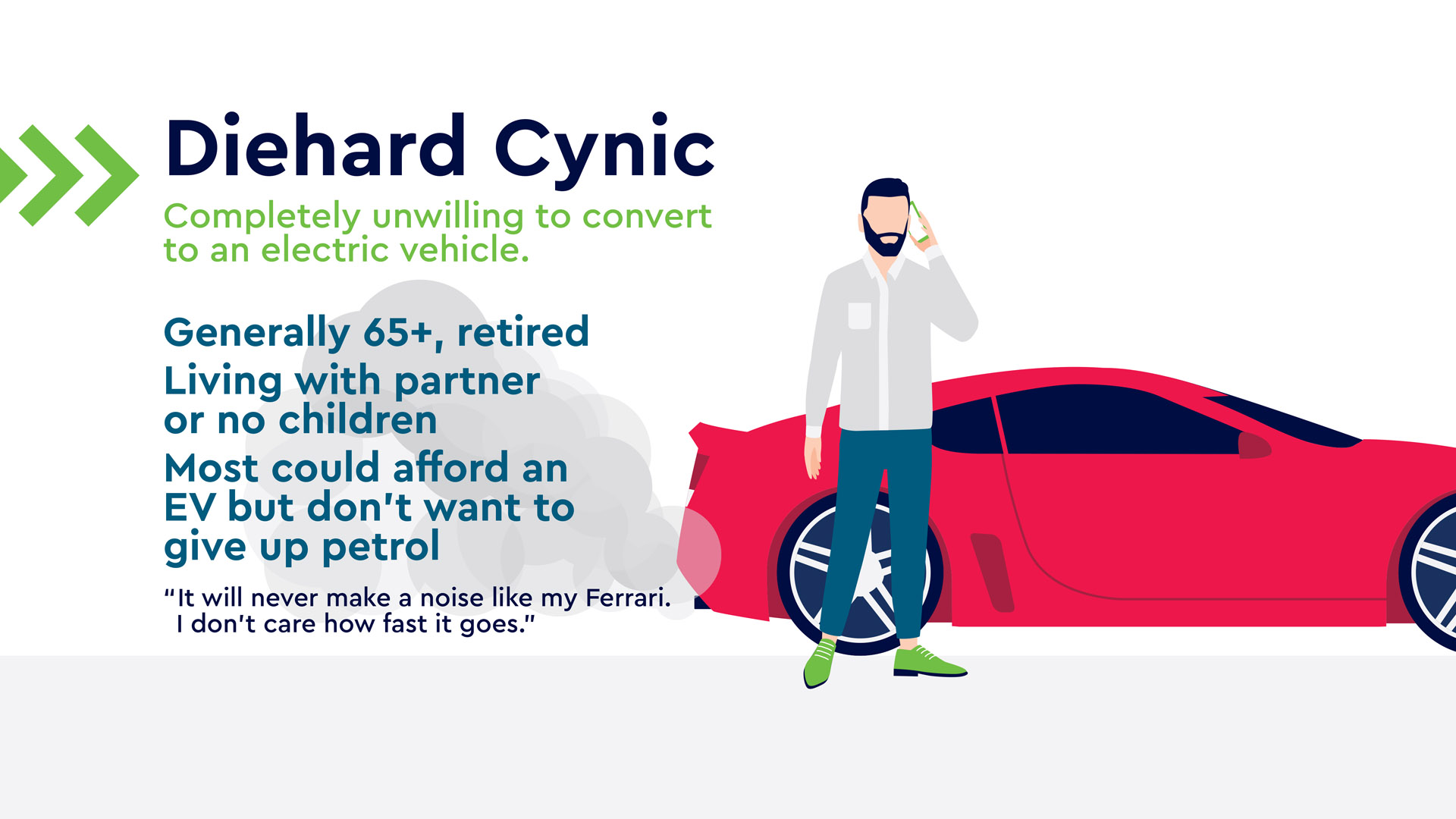 These five types of drivers don’t encompass everyone under the sun, and some may disagree with classifications, but they do create a broad picture of the different attitudes in society.

While we make the shift to EV for various personal, environmental, and financial reasons, it’s good to see that there’s such a strong feeling behind going electric. It’s true that there is ongoing competition between petrol and electric driving, but advancements in technology will continue to make electric vehicles more palatable to even the most anti-electric cynics.

Ultra Low Emission Zone (ULEZ): What you need to know