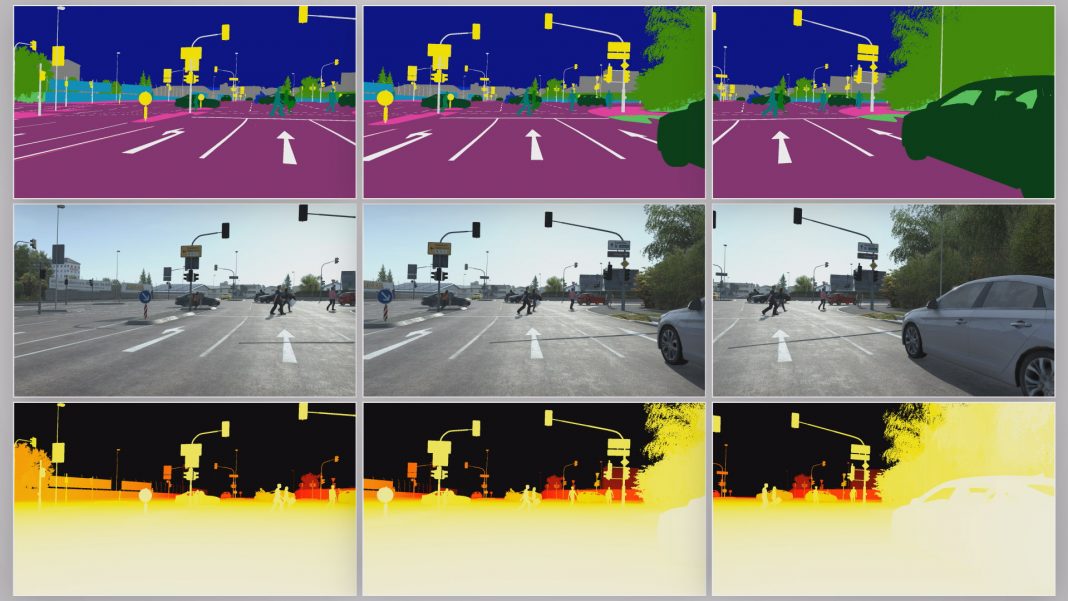 UK-based driving simulation company, rFpro, has developed a means to slash the hardware costs associated with large-scale simulation, which plays a key role in the development of autonomous vehicles.

The new-found technology has the potential to remove the industry’s dependence on manual annotation of test data that is created on a frame-by-frame basis. This not only consumes a lot of time but can also be prone to spewing out errors.

“Currently, many players in the autonomous vehicle field employ an army of people to manually annotate each frame of a video, LiDAR point or radar return to identify objects in the scene (such as other vehicles, pedestrians, road markings and traffic signals) to create training data,” said Matt Daley, rFpro Managing Director.

“This new approach from rFpro provides a digital, cost-effective way of creating the same data completely error-free and 10,000 times quicker compared to manual annotation, which takes around 30 minutes per frame with a 10% error rate. This step-change will enable deep learning to fulfil its potential because it significantly reduces the cost and time of generating useful training data.”

rFpro uses ‘Data Farming‘, where the company compares the technique to that found in animation – ‘Render Farming‘. This enables those who choose to use rFpro’s solution to build complete datasets. Whereby, every sensor around the vehicle is enabled simultaneously to take in as much data as possible. As a result, manufacturers can amalgamate data, where they’ll be able to bring multiple 8K HDR stereo cameras, LiDAR and radar sensors together to improve the performance and accuracy of their autonomous vehicles.

Data farming is already being utilised by some, including global Tier1 supplier, Denso Adas Engineering Services: “Through rFpro’s Data Farming we can create an extensive number of driving scenarios, allowing the generation of very large variations in scenes, all through the investment in a single platform,” said Francisco Eslava-Medina, Project Manager at Denso Adas.

“This allows us to quickly and cost-effectively generate the vast quantity of quality training data that is essential for certain product development phases of computer vision technologies, especially for neural networks for our autonomous vehicle technologies” adds Adas.

Another company that’s used rFpro technology is Ambarella, a leading autonomous vehicle technology provider. Alberto Broggi, General Manager of Ambarella’s division in Italy said that “the software presents a radical shift in creating training data and is already accelerating the development of our autonomous vehicle systems.”

Broggi also adds that “deep learning and AI are critical to the successful adoption of autonomous vehicles. It may not be reasonably possible to get to the standard required only through the use of manually annotated data sets. Data Farming will transform the way the industry develops autonomous vehicles”.

This is great news for manufacturers looking to accelerate their adoption in autonomous driving technology, and further, promotes the growth of AI and deep learning in upcoming vehicles.

As for rFpro, the company provides a simulation environment for the automotive and motorsport industries, whereby they can test and validate new sensors, control systems and vehicle hardware systems before going out – and potentially endangering those – in the real world.

Volvo and Veoneer will split Zenuity to accelerate development in autonomous...