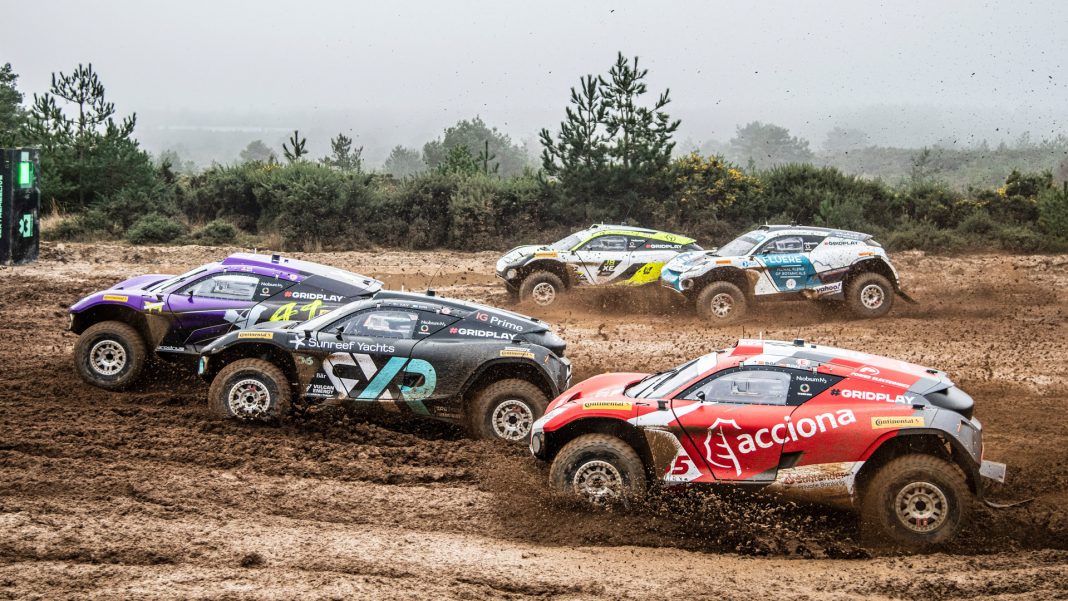 Extreme E, the all-electric off-road racing series, rounded off its first season in style on 18-19 December in Dorset, United Kingdom. An enthralling battle between Nico Rosberg’s and Lewis Hamilton’s team saw the two battle it out for the inaugural Extreme E title.

Thanks to founding members, Continental Tyres, TotallyEV attended the Jurassic X Prix – the final race weekend; here’s our recap of the event.

Read next: Everything you need to know on Extreme E

Rosberg X Racing (RXR), comprised of drivers Molly Taylor and Johan Kristoffersson, came into the last weekend as favourites. The duo led the championship on points and had previously won two out of their four races.

Close behind, X44, with the experienced Sébastien Loeb and Cristina Gutiérrez behind the wheel, were still in contention for the title following faultless qualifying results over the series and impressive finishes. 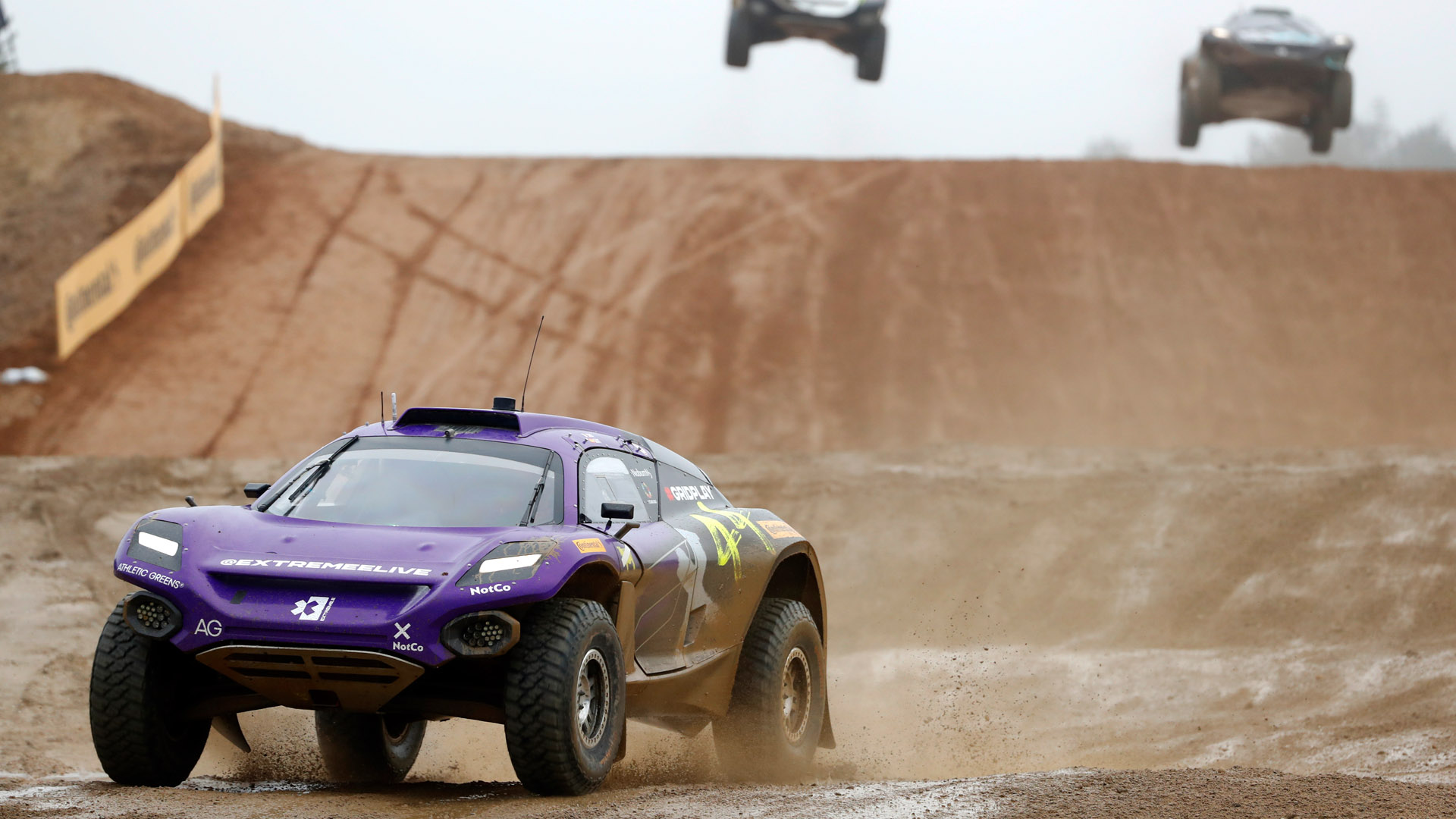 Lewis Hamilton’s team had it all to play for and came fighting in the qualifying stages – they took the top spot to ensure a clean-sweep, out-qualifying the other teams in all five of their X Prix. However, Rosberg’s team wasn’t far behind in Dorset, with the duo finishing in second place and leading the Continental Traction Challenge – a part of the track, which awards the fastest team to cross the land with five invaluable Championship points.

Read next: How Continental designed specialised tyres for Extreme E

Unlike most other motorsports, Extreme E also puts competitors head-to-head in a semi-final race before the final decider. There are five spots up for grabs, two from Semi-Final 1, two from Semi-Final 2 and the fastest from the Crazy Race. Nine teams are categorised following their qualifying results.

In Semi-Final 1, the first team (X44) took on Jenson Button’s JBXE who qualified fifth and Veloce Racing who finished in sixth. The latter team got knocked out after an exciting battle till the end. 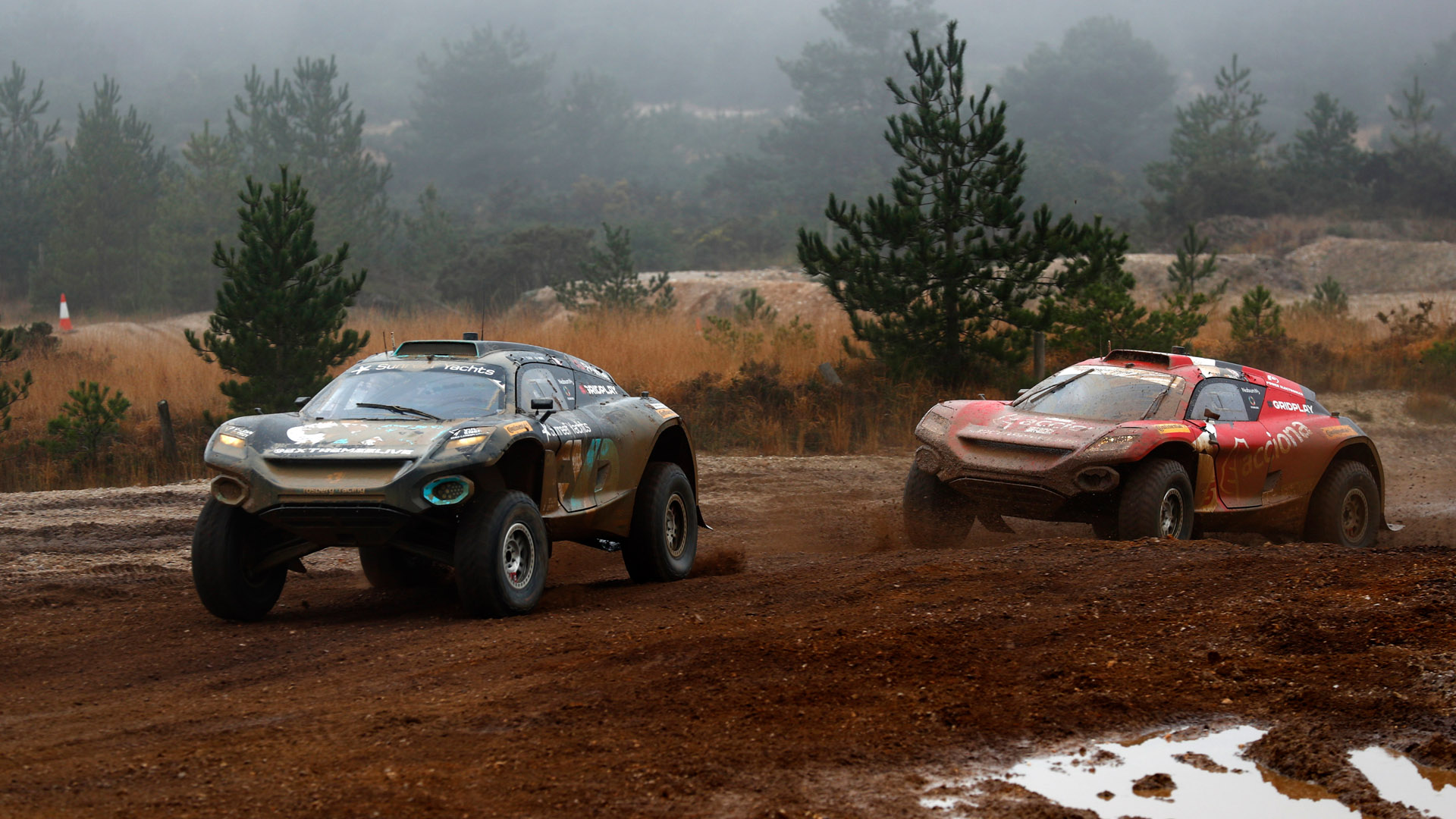 In Semi-Final 2, Rosberg X Racing who finished second, took on third and fourth-placed teams ACCIONA | Sainz XE Team and ABT CUPRA XE. The latter got knocked out after a tense battle with the red team of Carlos Saintz and Laia Sanz coming out on top following a collision. 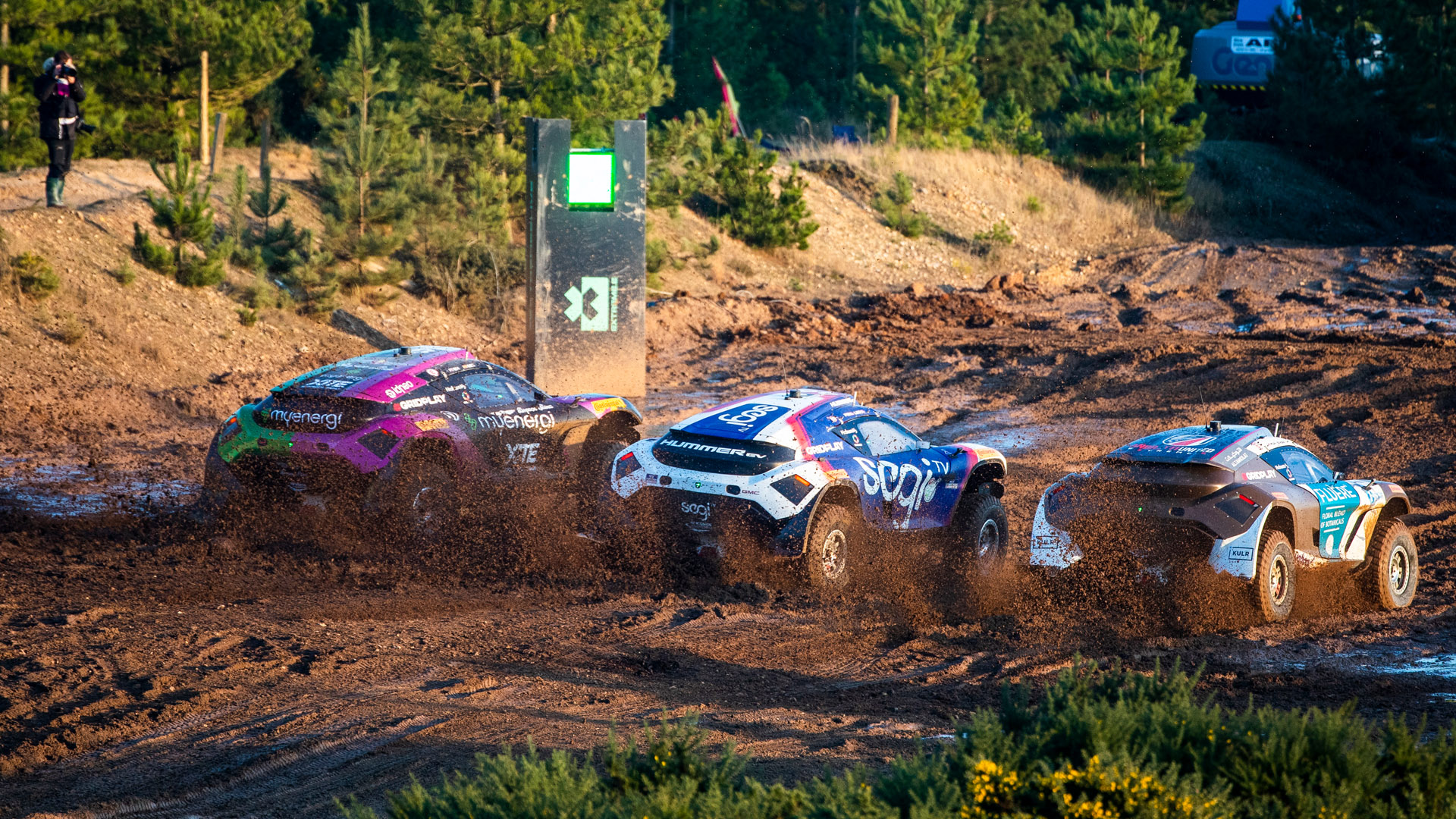 The five teams that made it through the Semi-Finals would now have one shot to win the Jurassic X Prix; RXR needed to finish in fourth or higher to claim the championship. Some drama took place prior to the race starting, as the leading team had an inverter issue that saw them come to the grid last – thankfully, their all-electric Odyssey 21 SUV, was fully operational. When the lights went green, the five teams sprinted to take the first corner where It was Championship contenders X44’s Cristina Gutiérrez flew into the lead ahead of RXR’s Molly Taylor, with JBXE’s Mikaela Åhlin-Kottulinsky, Andretti United Extreme E’s Catie Munnings and ACCIONA | Sainz XE Team’s Laia Sanz fighting for position behind.

As the race went on, RXR fell back to fourth following overtakes by Mikaela Åhlin-Kottulinsky and Catie Munnings. However, driver switch delays for the ACCIONA | Sainz XE Team meant that Rosberg’s team had some breathing room and managed to come home in fourth, ultimately clinching the first Extreme E series title.

Nico Rosberg, RXR Founder and CEO, said: “We are so delighted to be crowned the inaugural Extreme E Champions and I am really proud of the entire RXR team. The team has worked so hard all season and performed consistently, racing in some of the world’s most remote locations. To be Champions is such an honour.

“A massive congratulations to our drivers, Molly Taylor and Johan Kristoffersson, who have been excellent all season. We came into Extreme E to raise awareness of climate change, and promote sustainability, but also as a racing team, we want to win and so we will remember this feeling forever.”

While finishing level on points and winning their first X Prix, X44 couldn’t claim the title as they won two fewer races. The Championship standings finished as follows: 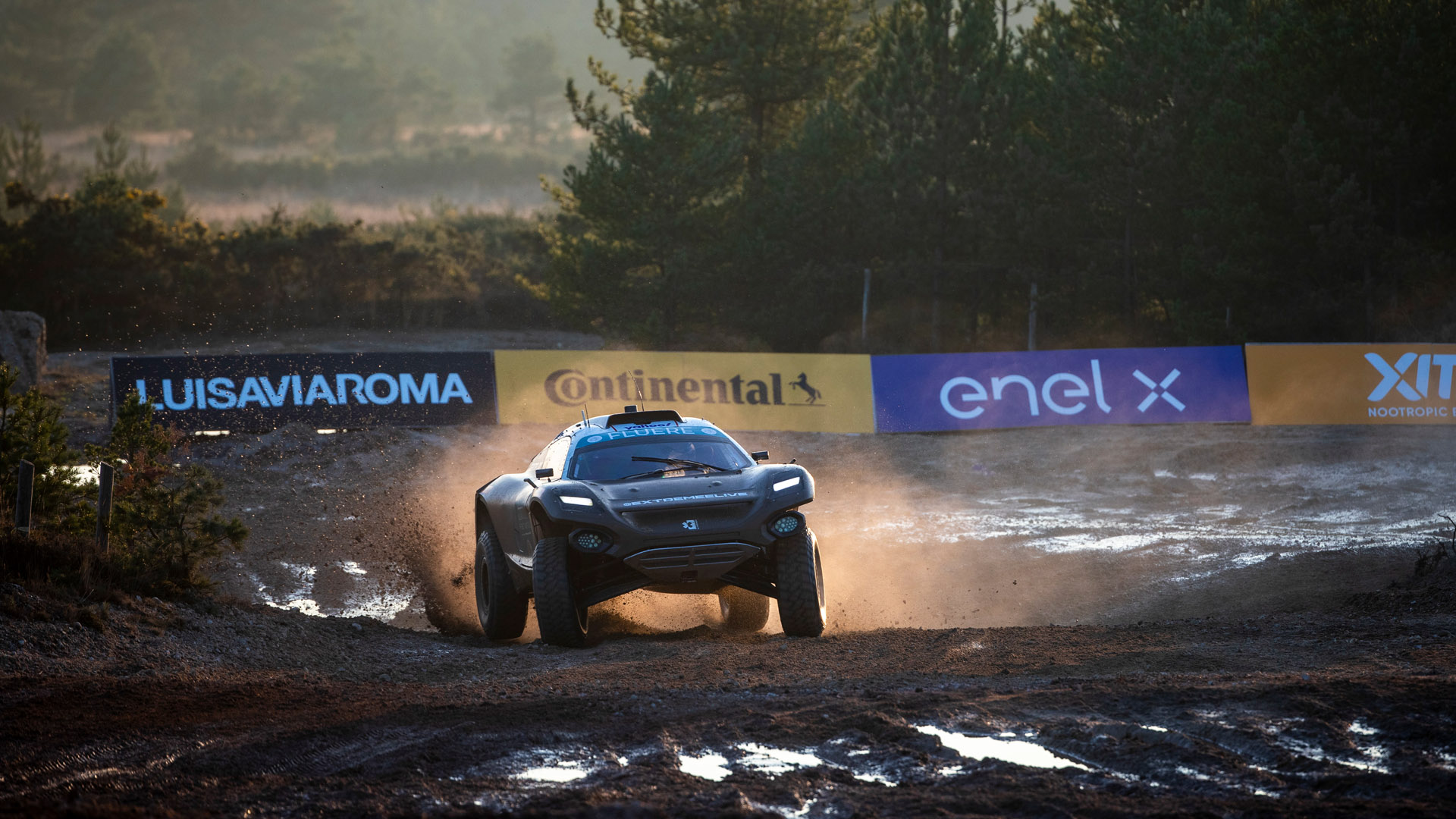 Extreme E is set to recommence in February 2022 in Alula, Saudi Arabia. We’re excited to see Season 2 unfold and see who can claim the second series – will you be tuning in? Let us know in the comments section below or via social media: we’re on: YouTube, Instagram, Facebook, Twitter and LinkedIn.