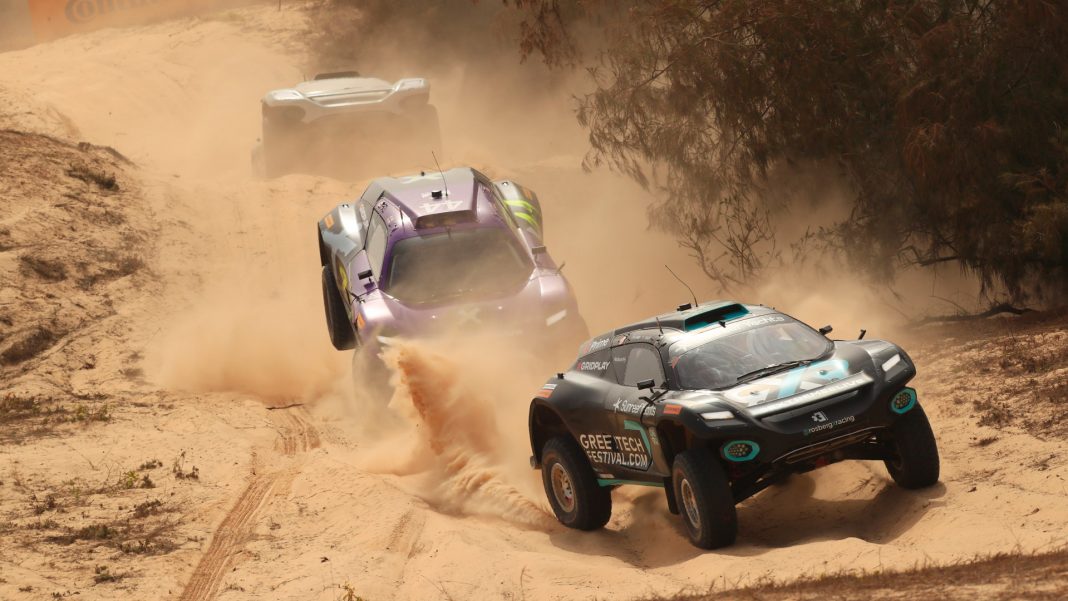 Molly Taylor and Johan Kristoffersson from Rosberg X Racing have claimed their second win in Extreme E, after the duo took home first place in the Extreme E Ocean X Prix, which took place in Lac Rose, Dakar in Senegal on 29-30 May.

The pair have now won both races in the inaugural season of the off-road racing series. They took home their first win in AlUla in Saudi Arabia on 3-4 April 2021. The Australian-Sweedish combo is proving to be a tough test for the rest of the pack, who now are comfortably at the top of the standings with 71 points; they lead the championship by 14 points from Lewis Hamilton’s team, X44, who sit in second place with 57 points. 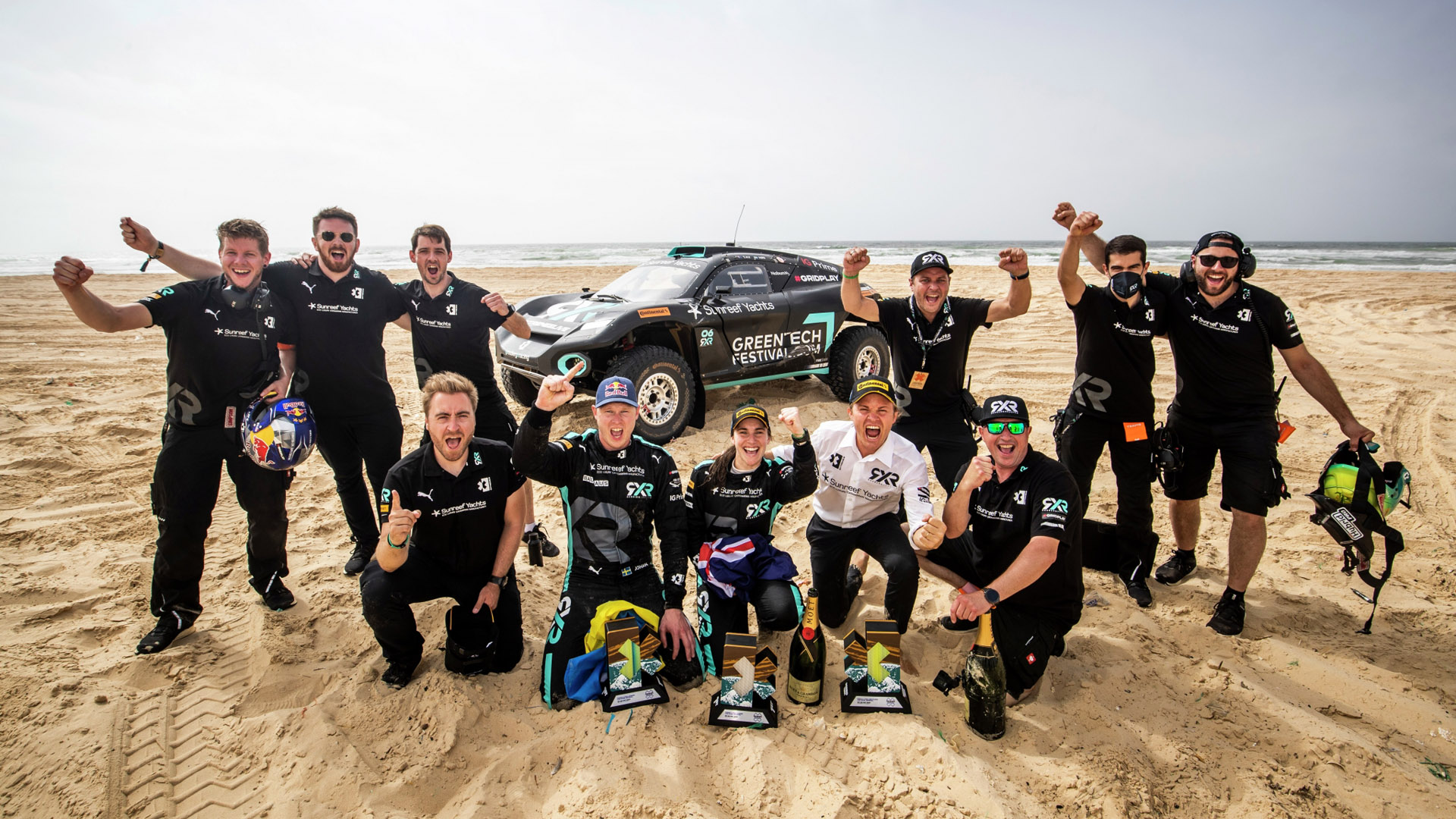 Nico Rosberg, Founder and CEO of Rosberg X Racing, said: “I’m so happy for us as a team to have won in Extreme E for the second time. Two out of two – wow!!

“You know, it’s not to be underestimated the challenge that was out there this weekend. It’s so difficult because no one really understands the cars properly, as you don’t get a chance to test them. So, you have to guess and figure things out – as a team, we’re really trying to bring a Formula One approach to Extreme E here which is really helping us a team to perform.

“It’s been an amazing team effort, we just kept building it up through the weekend. And it’s so cool as well that in AlUla, it was Johan that very much did it at the start and Molly followed on, but today it’s Molly that made the magic in the final and then Johan brought it home – such a brilliant dynamic which really underlines the topic of equality which is one of the things that this championship is based on – that’s fantastic to see.”

The action-packed race weekend in Senegal had it all. In the qualifiers, Andretti United Extreme E (Timmy Hansen / Catie Munnings), Segi TV Chip Ganassi Racing (Kyle LeDuc / Sara Price), and ACCIONA | Sainz XE Team (Carlos Sainz / Laia Sanz) all faced technical difficulties, with their vehicles suffering electronic failures mid-race, which left all teams stranded in the sand; the latter team even suffered a DNF, where they were unable to awake the vehicle following the technical problem.

These three teams then battled it out in the ‘Shoot Out’ to determine who would finish the weekend in 7th, 8th and 9th. Segi TV Chip Ganassi Racing was victorious with some incredible driving by both team members, namely the dramatic double overtake Kyle LeDuc managed on the final lap. ACCIONA | Sainz XE Team finished in 8th and Andretti United Extreme E took 9th place. 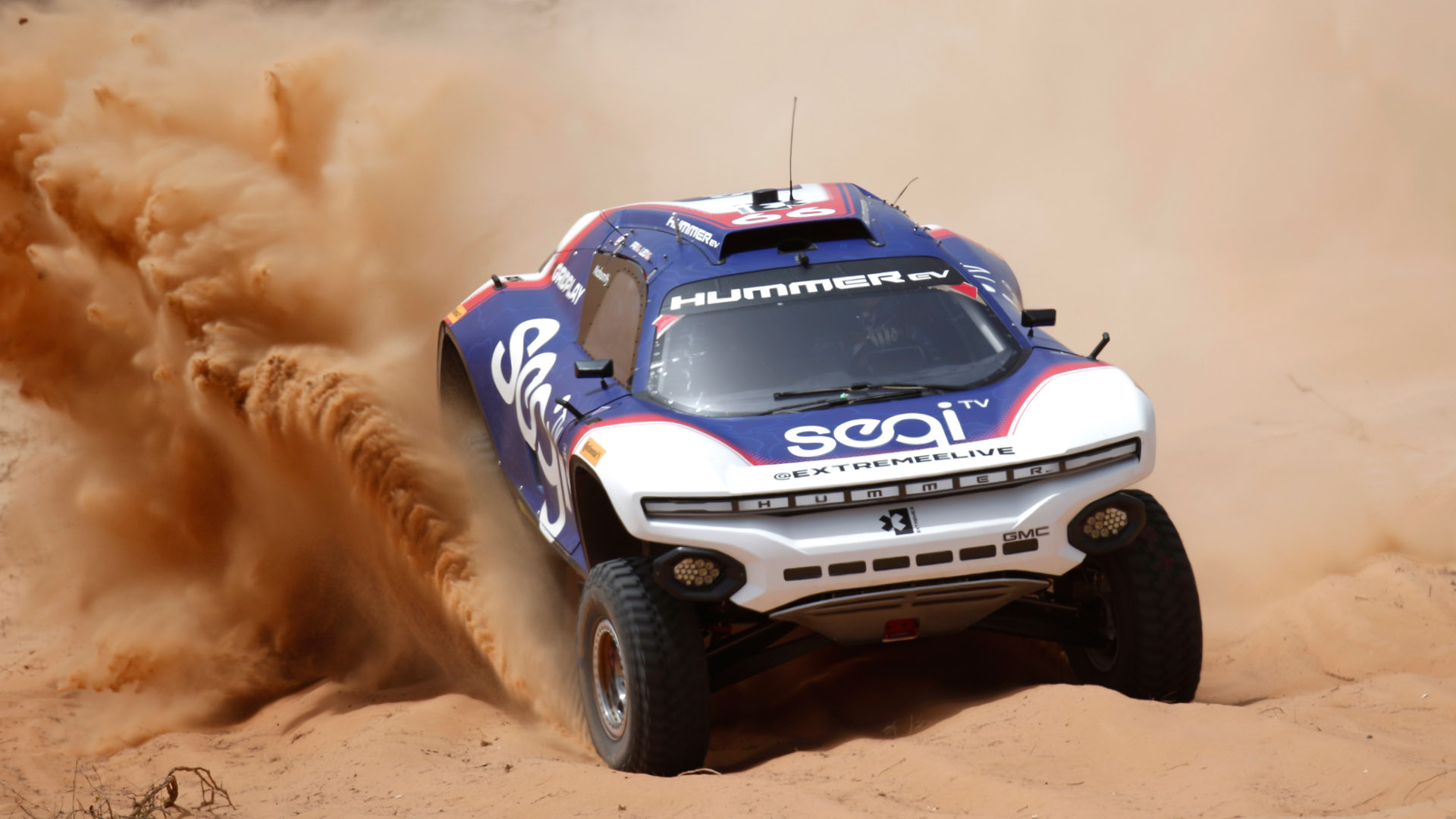 The Semi-Finals (top six teams) also saw some technical issues, where Jutta Kleinschmidt the stand-in driver for Claudia Hürtgen for team ABT Cupra XE failed to leave the pits in time due to her radio not being plugged in. She lost vital time in the driver switch-over and ultimately meant the team was knocked out of the event after a valiant effort to fight back. Team X44 and Rosberg X Racing proceeded to the final.

The other Semi-Final which comprised of JBXE, Veloce Racing and XITE Energy Team was far less dramatic, but still filled with twists and turns. Veloce Racing fended off XITE Energy Team, where the latter team even experienced a technical glitch that left them running on barely any power at certain points during the race. The former team was then knocked out of the competition and this set up a tasty Final. 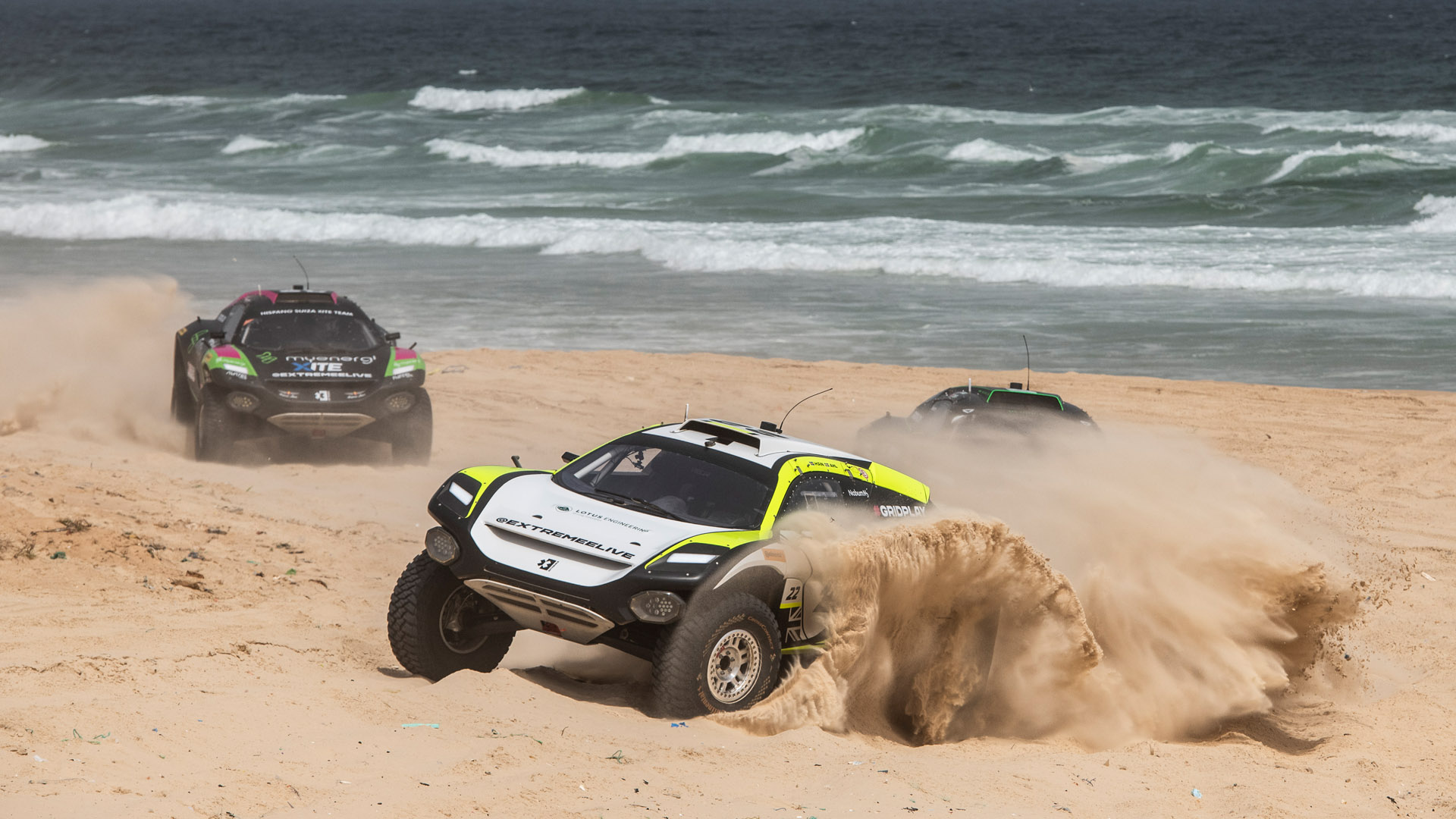 It was all to play for in the Final, but it came to an abrupt end for two teams: X44 and JBXE both saw their cars retire after the first corner. Cristina Gutiérrez driving for X44 had severe damage to one wheel, while Mikaela Åhlin-Kottulinsky for JBXE suffered transmission loss.

Molly Taylor for Rosberg X Racing went on to lead at the beginning of the swap over, with Stéphane Sarrazin hot on her heels. However, for the first time, there was a red flag. Both teams had to wait for the track to be clear before continuing. As a result, Molly’s advantage was shaved off, as the race directors chose to do a standing start for both teams. Reset at the starting line, it was all to play for but Johan Kristoffersson for Rosberg X Racing took the first corner from Jamie Chadwick (Veloce Racing) and led the entirety of the final lap to win the event. 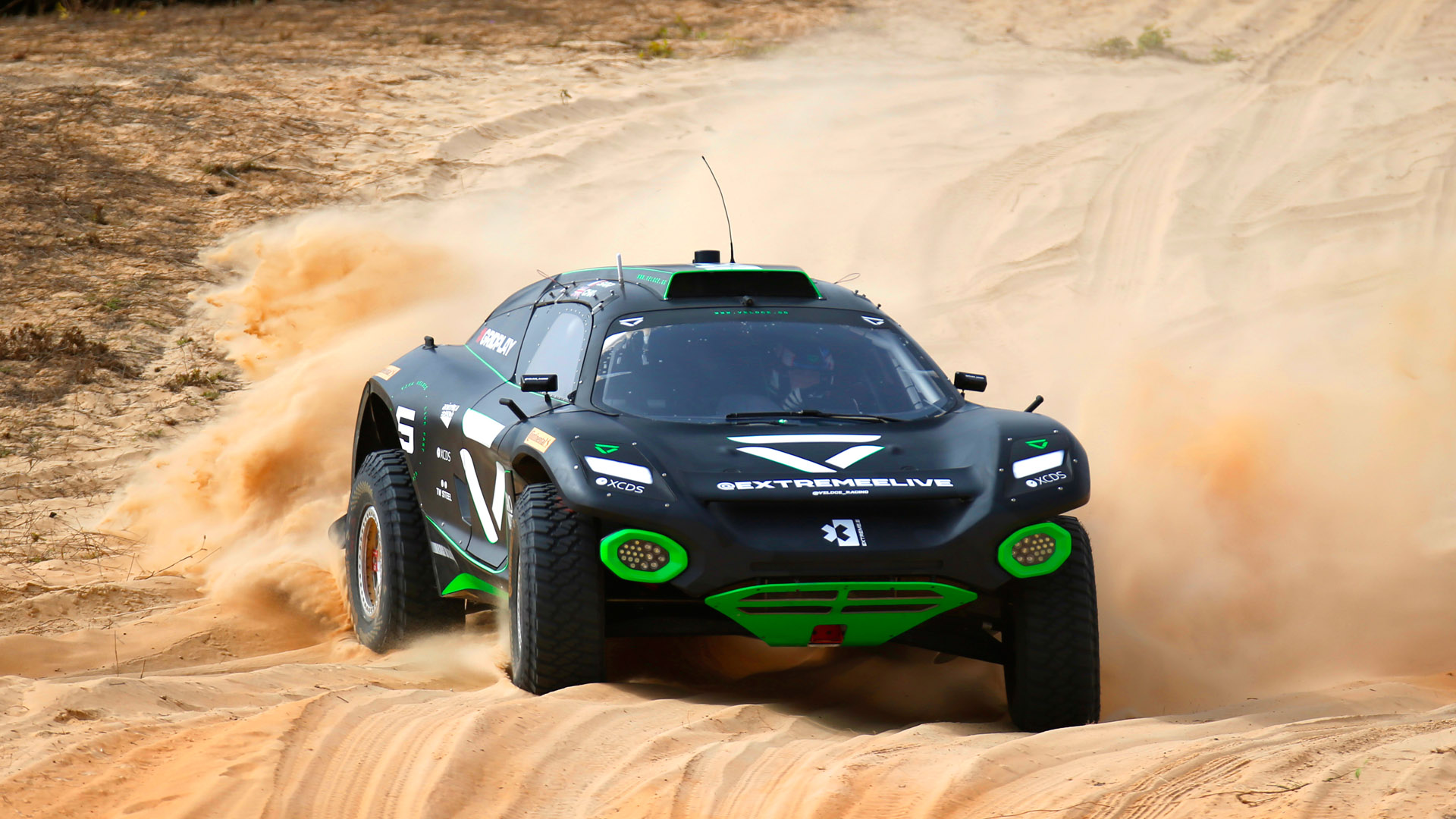 While all the racing was fun to watch, viewers were constantly reminded that Extreme E is more than just another motorsport; it’s also being used to highlight the effects of climate change.

Lac Rose in Senegal on the west coast of Africa was chosen as Extreme E’s Ocean race location to highlight a few of the issues. The race site at Lac Rose – also known as lake Retba – is approximately 30km from the Senegalese capital, Dakar. 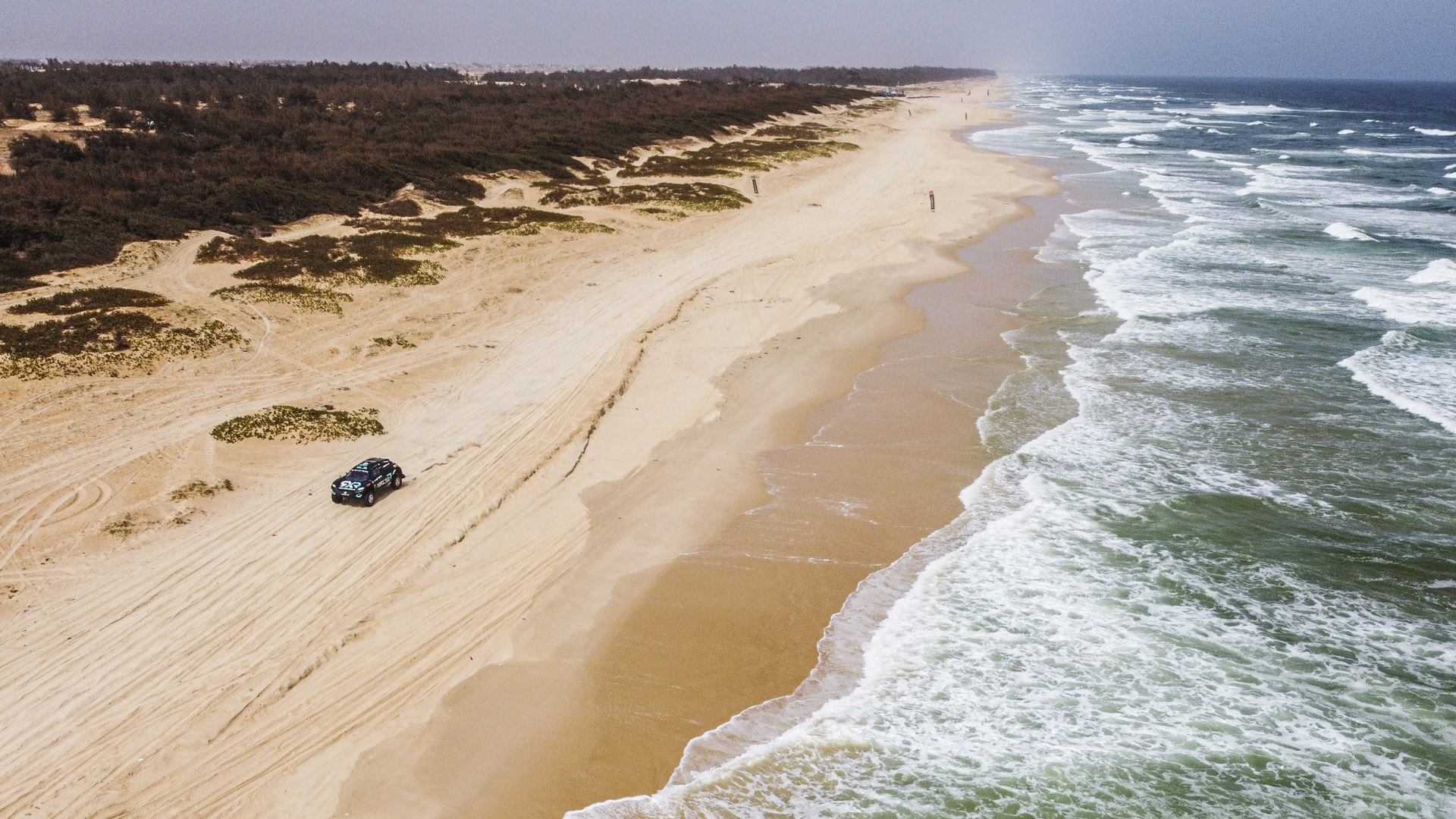 Despite being close to the capital it was evident that were problems with the environment that surround Lac Rose. According to Extreme E, half of the coral reefs and a third of mangroves and seagrasses have already been lost, leaving coastal communities vulnerable to erosion, storm damage and food shortages. Crucial fish stocks are on the point of collapse, threatening not only food security for the human population that depends on them but the entire food chain.

Plastics, oil spills and agrochemicals are destroying ocean environments and contaminating food chains. Climate change is causing the heating of our oceans, making them more acidic and bleaching coral reefs, melting the ice at the poles and endangering the life which they support. Above all, global warming results in rising sea levels that put some islands and coastlines at risk of disappearing altogether. 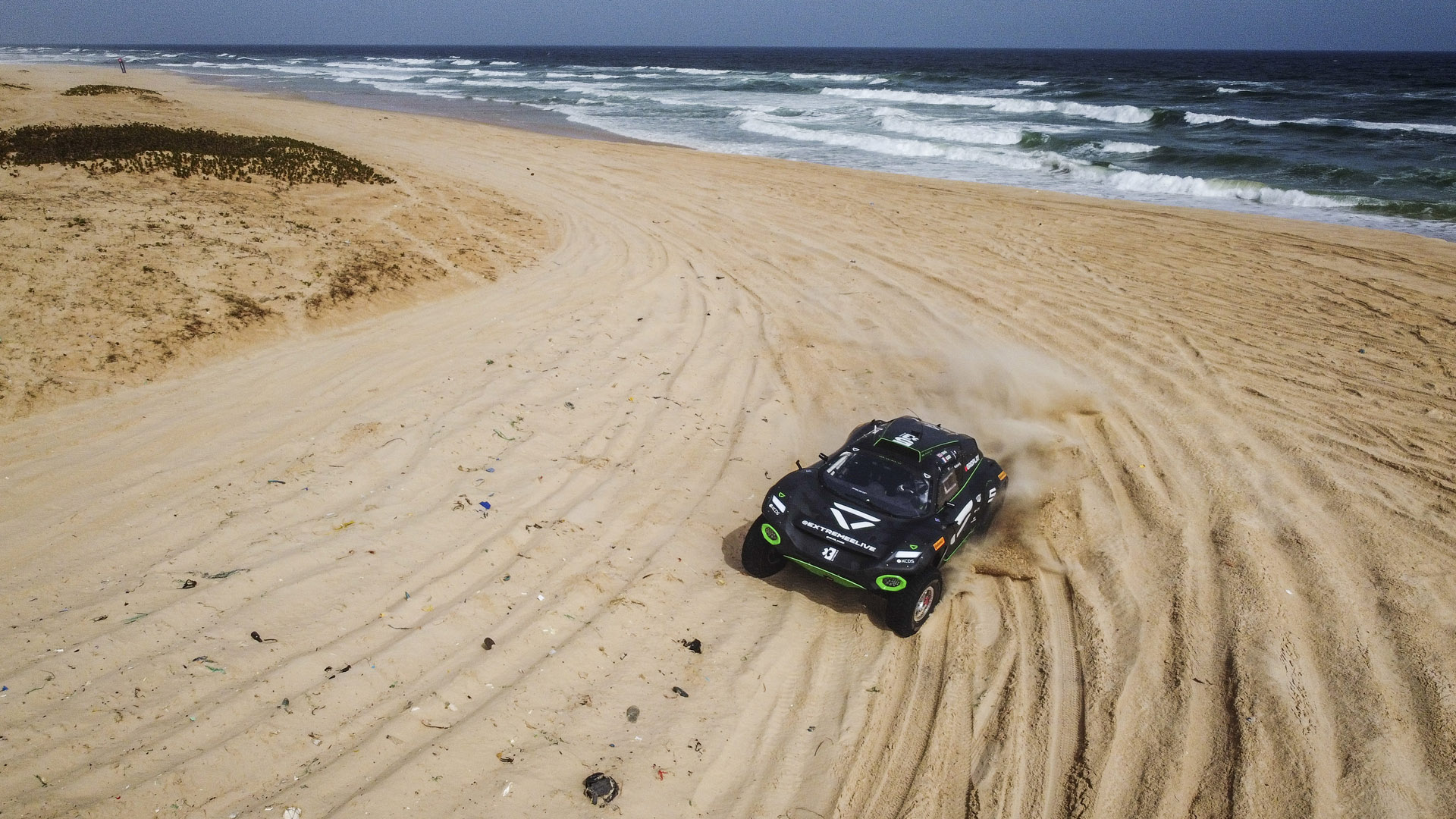 The racing series teamed up with local NGO Oceanium to plant one million mangrove trees in Senegal. The project will focus on five areas totalling 60 hectares, the equivalent of around 112 football pitches, with the aim of reforesting mangroves, providing education to local populations and improving social cohesion.

Mangroves are one of the richest ecosystems in the world and provide essential goods and services, playing an important role in the life of coastal communities in the likes of Senegal. In addition to being an excellent carbon store, they reduce flooding and erosion from storms, act as nurseries for fish and filter salt and pollutants from water. 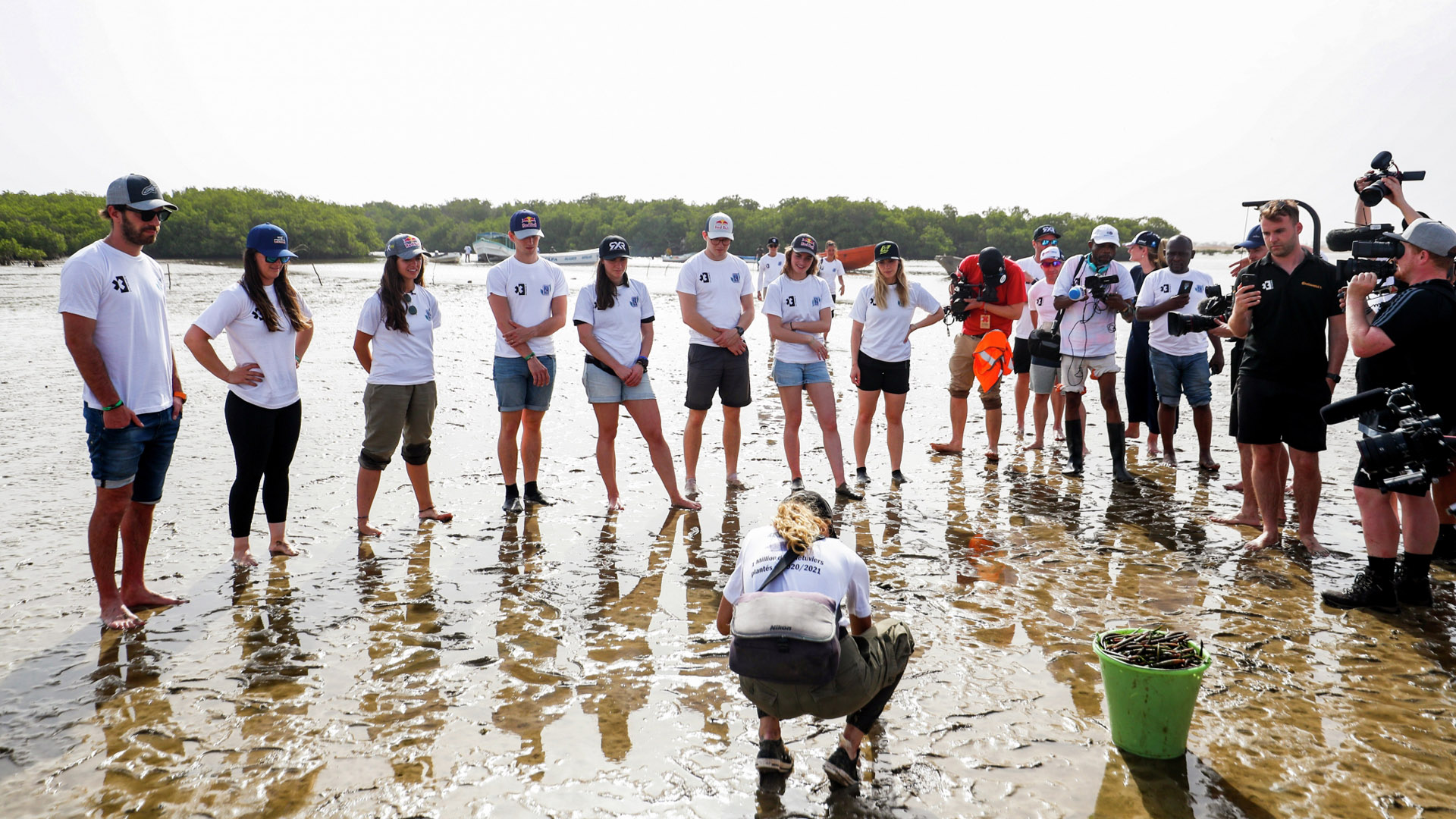 After an exhilarating second race weekend in Senegal, it left the standings looking like this:

We cannot wait to see how things unfold in the Artic X Prix – the series’ third race of six – in Kangerlussuaq in Greenland on 28-29 August 2021. Will Nico Rosberg’s team manage to keep hold of their lead?