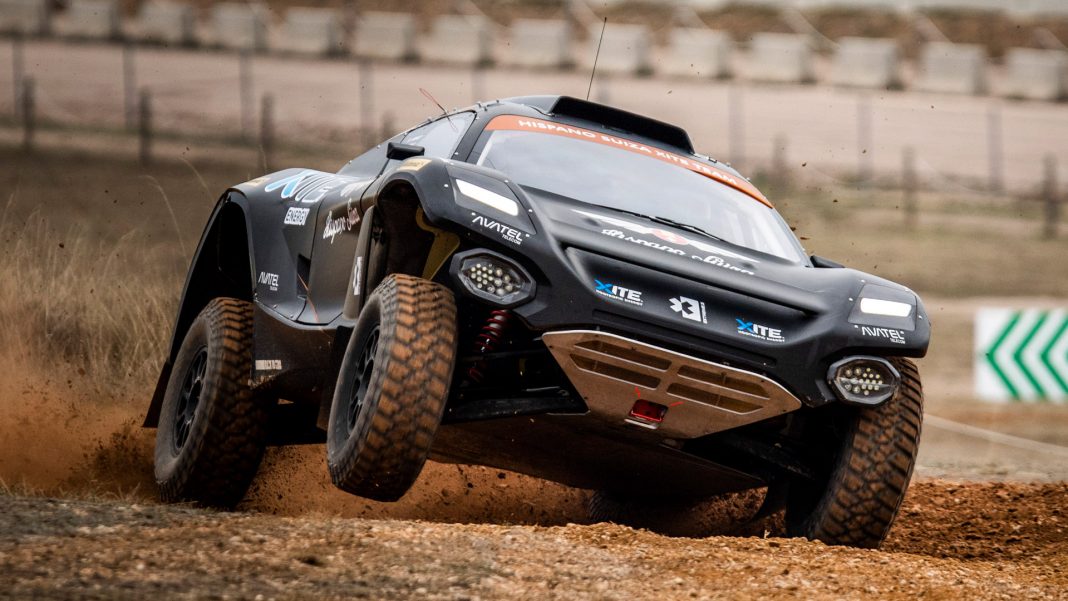 Continental, the German multinational tyre manufacturer, has released more details about their specialised tyres that are going to be used in the upcoming off-road all-electric racing series, Extreme E.

There are very few types of tyre out there that can handle the varying off-road landscapes of Saudi Arabia, Senegal, Greenland, Brazil and Argentina so Continental – a founding partner and official tyre suppliers for the competition – has developed a variant of their ‘CrossContact’ Ultra High Performance (UHP) SUV tyre series.

Read next: Extreme E gears up for its inaugural season in Saudi Arabia

Thanks to the company’s existing expertise with tyres, it didn’t need to start from scratch in creating something that would handle the various terrains the Odyssey 21 racing SUV will be put up against. Continental looked at its CrossContact range as a starting point but nearly every part of the tyre was modified, resulting in an imposing wheel, coming in at 37″ in diameter, 12.5″ wide on a 17″ wheel (37 X 12.5 R17). 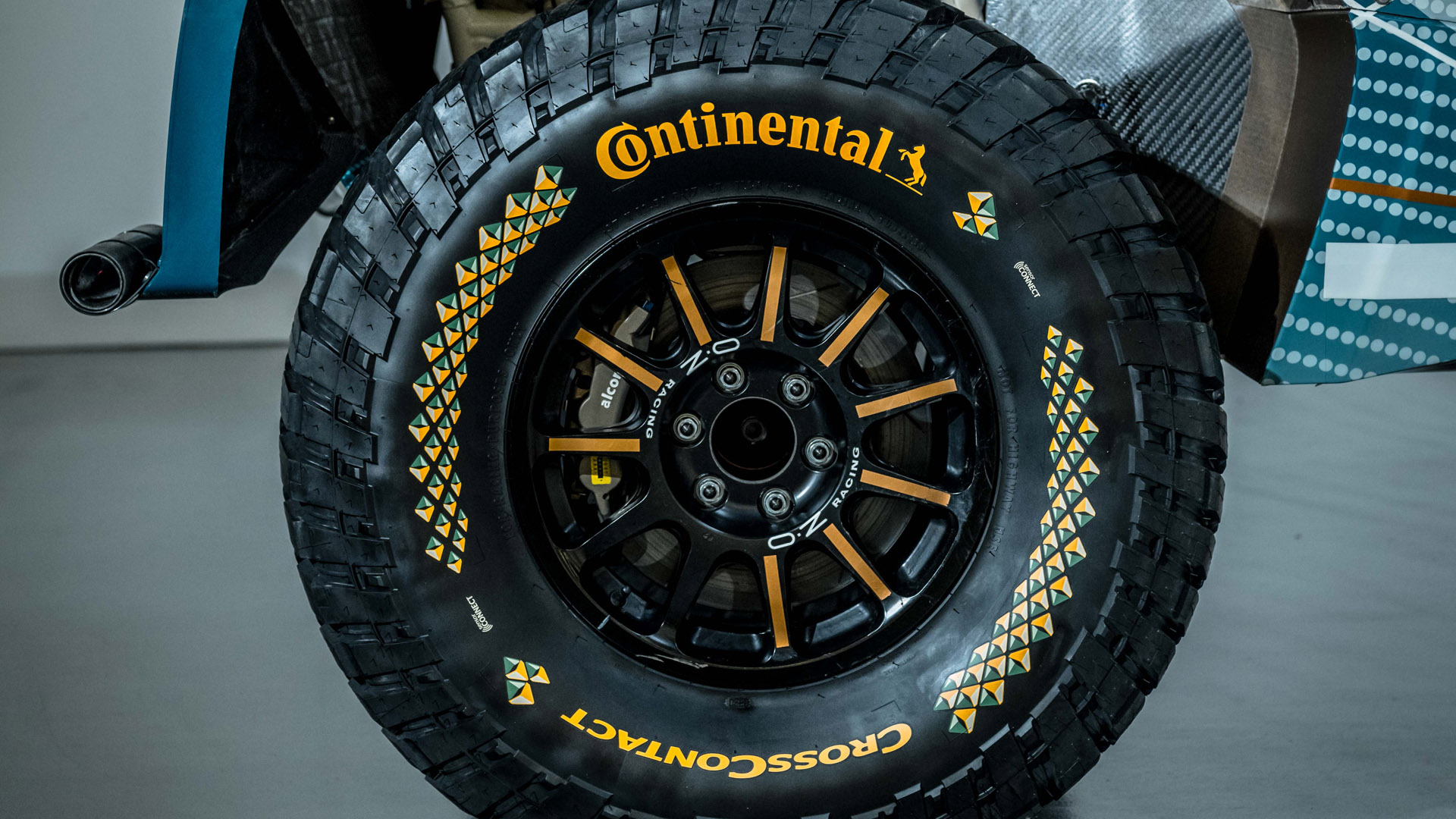 “Continental CrossContact series [was] a point of reference as we took the process forward,” said Contintental’s tyre development engineer Anuj Jain. “The challenge from a technical angle was then to adapt the tread pattern, sidewall and construction to the challenging demands of the very different Extreme E locations.

“[For example]The tread pattern has been optimised to enable the tyre to provide top performance on all kinds of terrain.

“With this tyre we arrived at a very good compromise – a product that takes into account the various surfaces and local and climate-related requirements, the necessary reliability under race conditions, and the key topic of sustainability. It’s an exceptionally capable, one-size-fits-all solution.”

Make no doubt about it, the tyres will be put through their paces. The Spark Racing Technology-built Odyssey 21 SUV is expected to have a peak output of 410 kW (550 hp) pushing a weight of around 1,650kg on a variety of uneven, off-road conditions including ice, sand and jungles, so it’s just as well they can handle up to 55-degree inclines. It’ll also launch to 62mph in just 4.5 seconds, an impressive feat given the vehicle’s weight and size: 440cm long, 230cm wide and 186cm tall. 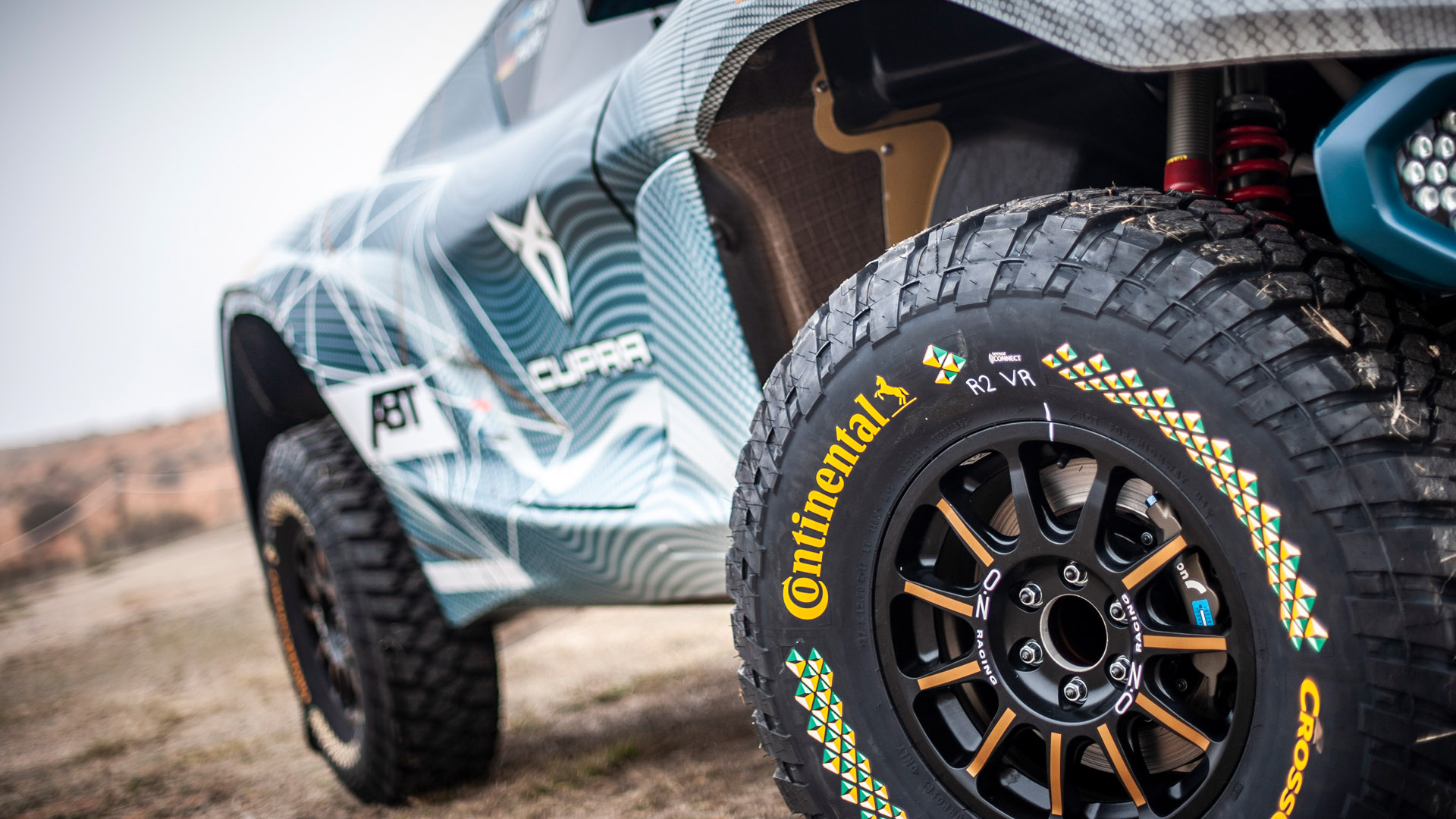 Another unique aspect of the tyres is the increased colour and decor around the sidewalls. Nico Meier, Product Designer at Continental said: “This colourfulness is a striking contrast to conventional tyres. We decided on this for two reasons. Firstly, unlike products in the retail sector, these tyres will rarely be seen at close proximity. Thanks to the coloured highlighting, we achieve improved visibility at greater distances and on digital media.

“Secondly, with the colour of the design elements, we want to reflect the extreme and breathtaking natural landscapes in which the races are held. Green is the colour of the rainforest, yellow stands for desert sand and sandstone mountains, blue for the ocean, and white for the Arctic.”

And while you can’t pick up these exact tyres, if you do want to pick up the inspiration, the Continental CrossContact, then you are looking at around £120 per tyre. They’re available in up to 23″ rims, in widths of up to 315mm and approved for speeds of up to 186mph. Just don’t try the same stunts as the drivers will be doing in the Extreme E racing series.

The 2021 season of the Extreme E race series starts in AlUla, Saudi Arabia on 3-4 April before moving onto Dakar, Senegal on 29-30 May, then Kangerlussuaq, Greenland on 28-29 August before going down to Santarem in Brazil on 23-24 October and concluding in Ushuaia, Tierra del Fuego, Argentina on 11-12 December.