The BMW X2 is a sporty crossover SUV that will excite those looking for a practical vehicle with a real driver’s feel. We found the plug-in hybrid, xDrive25e M Sport X, to be a standout performer in this domain, where we awarded it our Performance award.

As standard, the X2 PHEV houses a six-speaker audio system. There is also the option to upgrade the system to a 12-speaker configuration, which uses Harman Kardon’s technology to deliver up to 360 Watts of power – a notable increase over the 100 Watts on offer with the stock system that we have on review.

To tinker with the vehicle’s audio settings, one has to navigate to the appropriate menu on the 8.8″ infotainment system; or the 10.25″ display included within Tech Pack 2 option. Alongside a few volume settings, you’ll find rather basic settings – here’s our setup:

Unfortunately, there’s no differentiation between the mids and highs, where both are lobbed under the ‘Treble’ category.

To connect up to the car’s system, the X2 supports Apple CarPlay. Our tested model didn’t have Android Auto, although, we suspect this will come at a later stage where it’ll be part of an OTA update via BMW.

Thankfully, if you’re an Android user you can connect up to the infotainment system over Bluetooth. Here, both the SBC and AAC codecs are supported, where the latter delivers a higher quality wireless stream. Elsewhere, there’s a CD player mounted at the centre of the dashboard, which is a rarity in most modern vehicles. Arguably, this will yield the best audio performance.

As for media controls, they can be accessed through the display or via a set of physical buttons found on the right-hand side of the steering wheel.

For a demo of the BMW X2’s audio system head on over to our YouTube channel.

Six audio drivers are dotted around the cabin: a mid-range speaker is found within each of the four doors and a bass driver is located under the front two seats. Total power output is rated at 100 Watts.

Indeed, the system omits a dedicated subwoofer, which has a knock-on effect on the sub-bass frequencies. Relax to Rick Ross’ ‘Maybach Music’ on a Sunday drive, and you’ll note a cut-off through the lower echelons of the bass tones. With that said, there is still some presence around the 30-40Hz region, which is aided by the use of the dedicated bass drivers that are located under both of the front seats.

These can definitely be felt when bopping to NSG’s latest single ‘Drunk Guitar’. Throughout the song, the two bass drivers manage to reproduce a thumping sound – it’s joyous, extremely fun to listen to and almost perfectly executed. For it to be bettered, we would have liked to hear a little more control around the 80Hz region.

The slightly over-powering bassline does affect the lower midrange, which is a touch recessed. The four mid-range drivers have their work cut out in trying to reproduce the entire mid-range spectrum and highs. One can’t adjust the mids independently either, which limits customisation. We added three notches to the ‘Treble’ EQ in order to bring out the mid-range a little more to the foreground, without overemphasising the high-end tones.

Despite not housing dedicated tweeters, the system does manage to reproduce an exciting and engaging sound. The highs do roll-off at the top-end but most will find that the six-speaker configuration will suffice for most genres of music.

As for the soundstage, it’s a little narrow. It lacks both width and depth both at the front and rear of the cabin. Here, a singular driver per occupant won’t provide the best breath when listening to music. On the plus side, the vehicle’s ability to separate instruments is commendable. The treble energy in Chunkz X Yung Filly’s song, titled ‘Hold’ comes to fruition and certainly adds dynamism to the system. 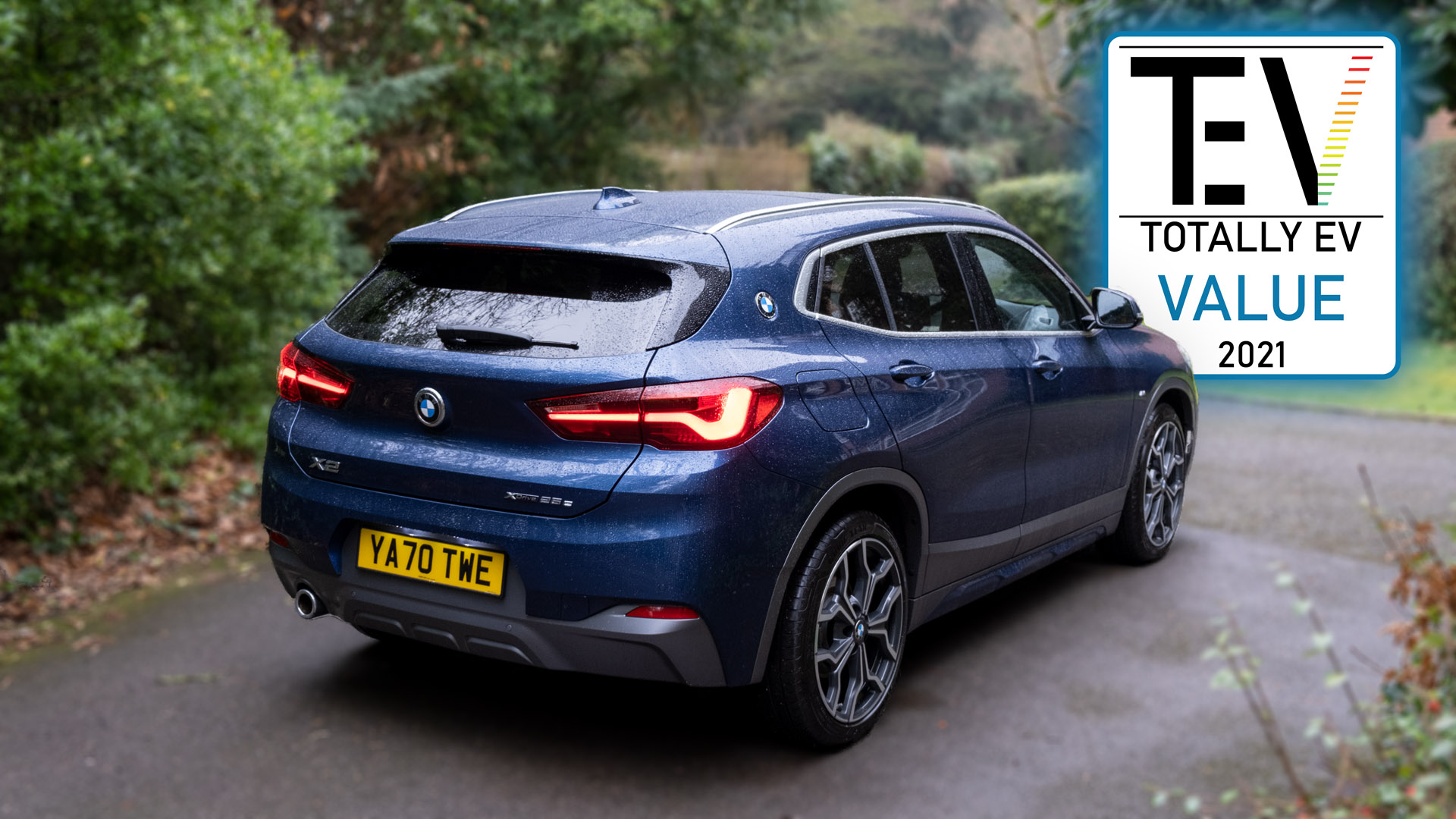 Ultimately, the BMW X2’s stock audio system is neither the best nor worst that we’ve heard. It lacks conviction in the sub-bass and mid-range frequencies and fails to deliver a wide or deep soundstage. It does, however, manage to excite with a thumping mid-bass reproduction and excellent top-end energy with fantastic instrument separation.

If you’re an audiophile, we’d recommend bolstering the vehicle’s audio with the Harman Kardon system; this will not only bolster the soundstage with added drivers but also deliver in the lower bass frequencies.

Given the stock system on review is included as standard and portrays a fun sound, it receives TotallyEV’s Value award. What do you make of the BMW X2’s audio system? Let us know in the comments section or via social media; we’re on: YouTube, Instagram, Facebook, Twitter and LinkedIn.