The Kia Soul EV is an affordable all-electric crossover SUV that sports a funky design. Despite its unconventional look, we found the vehicle excelled across the board and offered plenty of features as standard. As a result, it received our coveted Best Buy award.

It’s similarly feature-rich when it comes to its audio configuration. As standard, the Kia Soul EV ‘First Edition’, which at the time of writing is the only trim available in the UK, comes with a ten-speaker Harman Kardon system that outputs 640 Watts. An impressive feat for a stock audio system.

To tinker with the vehicle’s audio settings, you’ll want to navigate to the appropriate menu on the 10.25″ infotainment system. Alongside the vehicle’s volume levels, you’ll find a three-band equaliser – here are our optimal settings:

*The Quantum Logic Surround can be found within the ‘Advanced’ tab and alters the spatial sound of the audio system. We’ll talk about how this affects the soundstage, below.

As for media controls, they can be accessed through the display, via physical buttons found underneath the 10.25″ screen or via the steering wheel.

For a demo of the Kia Soul EV’s audio system head on over to our YouTube channel.

When it comes to its audio configuration, the Soul EV has ten speakers, seven at the front, two at the rear and one in the boot. The full breakdown is as follows: one 100mm centre speaker, two forward-facing 25mm tweeters located on the dashboard, an 80mm mid-range driver within each of the front doors, a 160mm woofer within each of the four doors, and a 200mm subwoofer in the boot that sits alongside the system’s amplifier.

Its subwoofer is a welcome addition and a rarity for a stock system in an electric vehicle – most manufacturers omit the rear-mounted driver in favour of extra boot space. Here, its 200mm driver delivers a hearty low-end extension that can be heard and felt throughout the cabin. It has got a flawless extension and competes with the very best systems out there on the market.

Similarly, the system’s ability to deliver a punchy mid-bass slam is certainly an exciting trait. This is made possible from the 160mm woofer drivers that are housed within each of the vehicle’s four doors; they produce a dynamic response in Le Youth’s ‘Dance With Me’, and will keep you engaged and entertained throughout the catchy song.

Unsurprisingly, with all that emphasis through the low-end frequencies, the mids take a hit. They’re pushed back and lack that forward presence. Thankfully, they can be EQ’ed through the infotainment system, where unlike most audio setups out there on the market, they don’t suffer from an artificial reproduction when tinkered with. Indeed, adding five notches to the ‘Mid’ EQ doesn’t detract from Nicole Scherzinger’s vocals in ‘Right There’. The artist’s voice is brought to the foreground and with a single reduction in the ‘Bass’ EQ, you’ll get a more balanced sound signature.

As for the highs, they’re a bit over-zealous in their default configuration. At the front of the cabin, you’re treated with two forward-facing tweeters within the dashboard. These produce a bit of sibilance, namely when the system’s volume is cranked up to cancel out the vehicle’s cabin noise, which the Soul EV does suffer from in terms of tyre noise. As a result, dialling down the EQ by two notches results in a more agreeable sound and means you can turn up the volume without creating any ear fatigue.

Unfortunately, the lack of rear-mounted tweeters does hinder the system’s reproduction at the back of the cabin, where the woofer drivers are left doing all the work. The same could be said about the overall soundstage, where at the back of the cabin a lacklustre number of drivers means rear occupants will be left wanting a bit more.

At the front, the soundstage is still a bit closed, but on the flip side due to the inclusion of seven audio drivers, there’s a better sense of instrument separation. Vocals and cymbals come through via the tweeters and mid-range drivers, while the low-end is taken care of via the woofer drivers found within each of the doors. 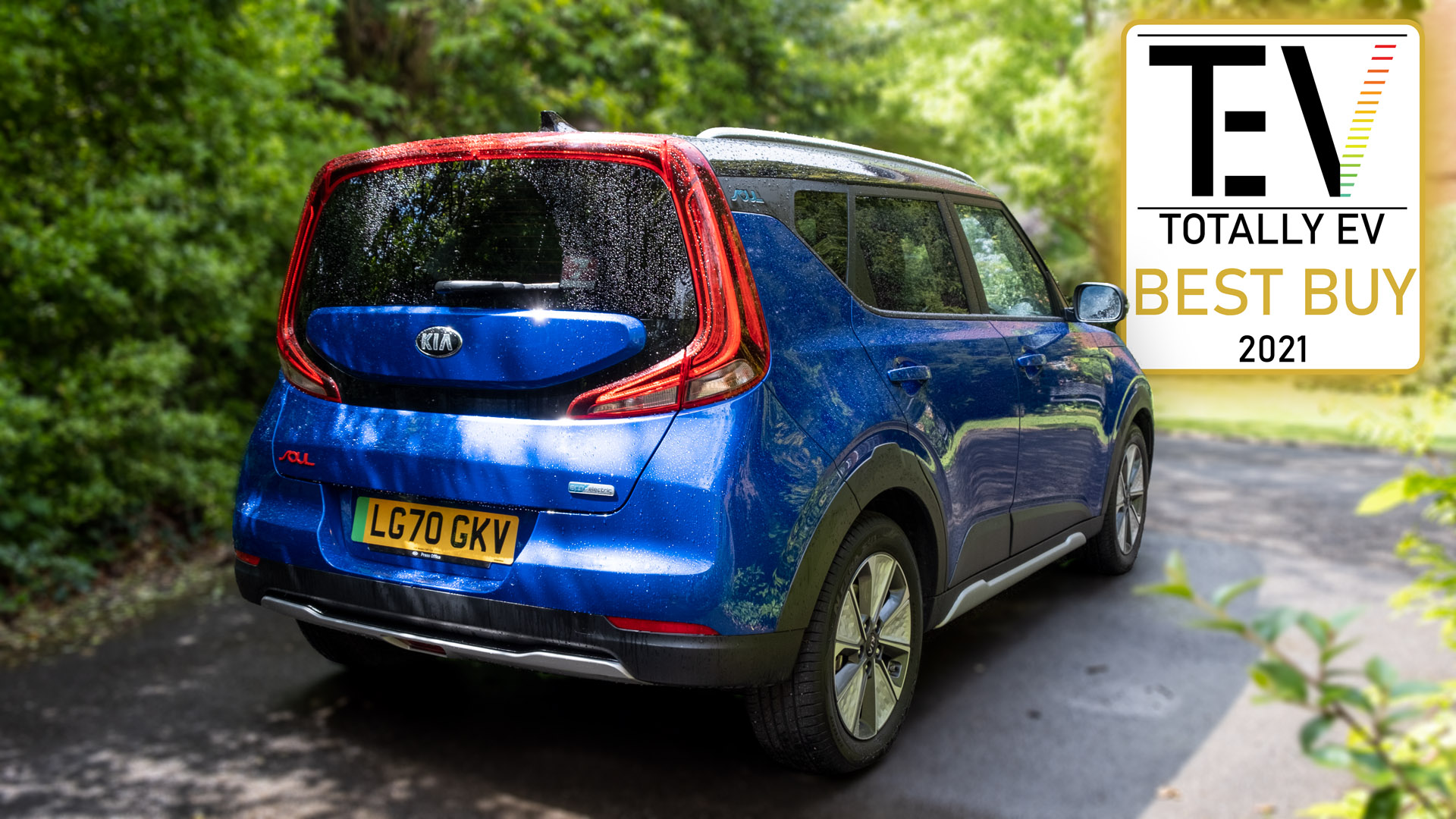 While the Harman Kardon system comprised within the Kia Soul EV isn’t flawless, it’s still phenomenal especially considering it comes as standard. Frankly, given the vehicle’s audio performance and its asking price of £32,445, we can’t think of a better stock audio system that betters it. As a result, the Harman Kardon audio system receives TotallyEV’s Best Buy award.