The Peugeot e-2008 is a supremely stylish all-electric SUV that starts from £33,680; we found it to be a competent all-rounder but when pitted against its rivals, lacks the driving range.

When it comes to audio, the e-2008 comes with a six-speaker setup as standard; there’s no way of upgrading the system to the Focal Hi-Fi option, which can be found on the petrol and diesel variants.

To tinker with the vehicle’s audio settings, one has to navigate to the appropriate menu on the 7″ infotainment system – the model on review is part of the GT trim, which comes with a 10″ capacitive colour touchscreen, instead.

Alongside the call volume and the ability to enable or disable touch tones, you’ll find a three-band equaliser; here are our optimal settings:

We find that with ‘Loudness’ enabled, the system goes into overdrive, where it’ll overemphasise the low- and high-end frequencies. There are also numerous pre-set EQ profiles to choose from, but we prefer to tinker with the frequency bands ourselves.

To connect up to the vehicle’s system, you can opt for a wired or wireless connection, both Apple CarPlay and Android Auto are supported. Over Bluetooth, the system supports the SBC and AAC codecs – the latter being the better of the two, as it transmits at a higher quality.

As for media controls, they can be accessed through the display or via the steering wheel; here you’ll find a volume buttons on the left, and a rubber wheel on the right that allows for track changes.

For a demo of the Peugeot e-2008’s audio system head on over to our YouTube channel.

The e-2008 has six speakers in total, which consists of two tweeters at the front (one in each of the A-pillars), and a full-range driver within each of the vehicle’s four doors.

Despite not housing a subwoofer in the boot, the Peugeot’s low-end response is surprisingly good. In NSG’s song, titled ‘Kate Winslet’ the six-speaker system repeatedly delivers a hearty low-end response. The sub-bass can be heard throughout the song and doesn’t lack gusto, either. The mid-bass can also be felt no matter where you sit within the cabin, although, can sound a little uncontrolled.

In order to maximise the bass impact, you’ll need to add a few notches onto the bass EQ, as without it, the system sounds a little thin. You can also enable ‘Loudness’, however, we find it adds on too much bass, to the point where you’ll need to reduce it by -5 to -6 in order to have a bettered experience.

The mids are a little recessed and could do with a bit of an EQ. Unfortunately, adding anything to this frequency band will taint the mid-range response. We’d suggest leaving it at the default level and accepting that the e-2008’s system has a slight V-shaped dip.

As for the highs, they extend extremely well without sounding sibilant at the top end. Crank up ‘Everybody’ by Rudenko, for example, and you’ll be treated with crystal clear hi-hats and cymbals. It’s slightly disappointing not to find tweeters mounted at the back for rear occupants, but this is often the case with stock audio systems.

The lack of extra drivers at the rear also becomes apparent when listening out for instrument separation. There’s a lack of cohesion at the rear, and it’s a stark difference from the front of the cabin, where the system manages to provide good width and depth. The overall soundstage is thus not too far off systems that have a multitude of speakers dotted around the cabin. 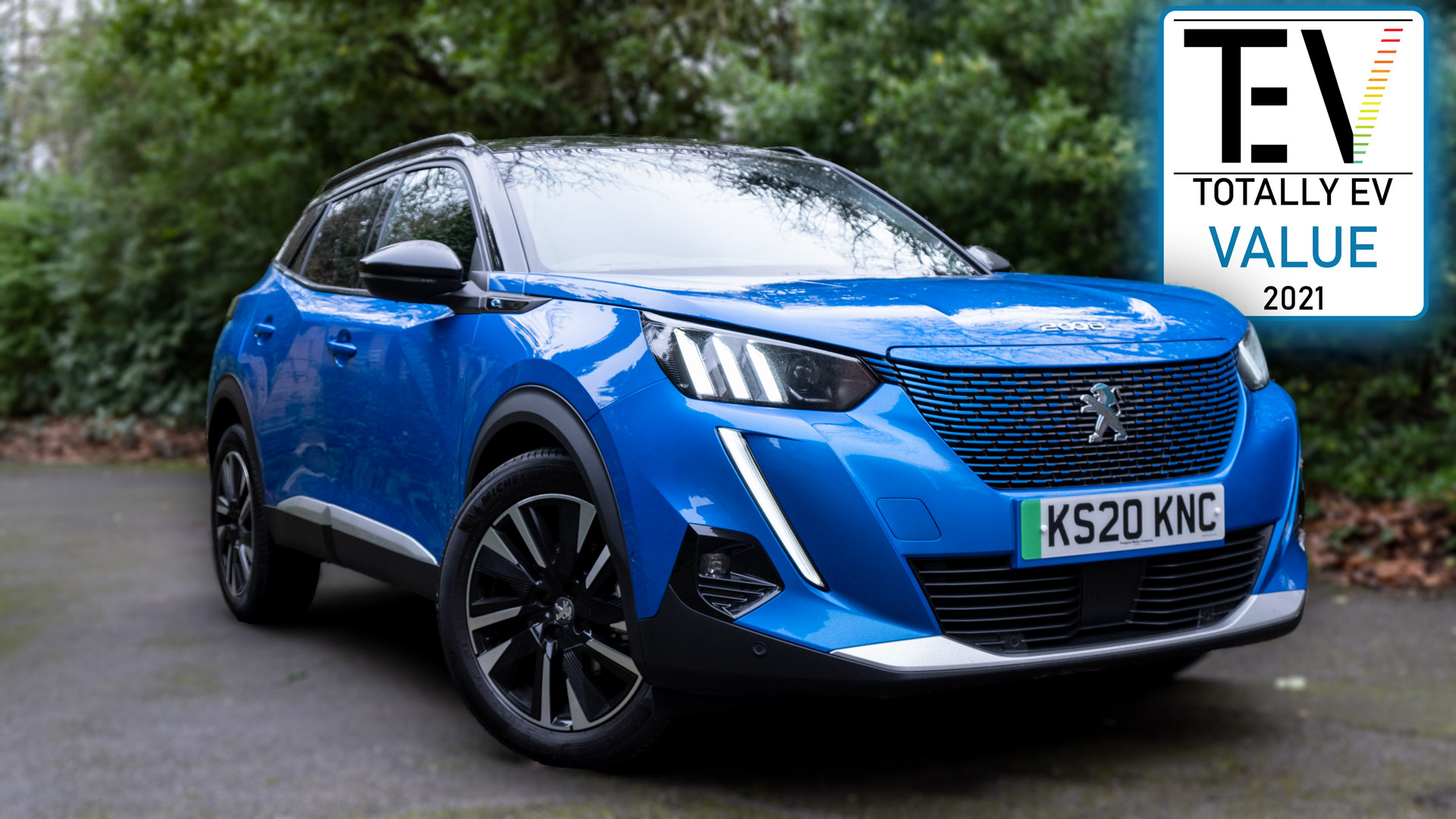 While the e-2008’s stock audio system isn’t perfect, it’s arguably the best stock system around – be it in an all-electric SUV or an ICE-powered hatchback. There might be good reason to think why Peugeot hasn’t partnered up with Focal on the electric variant of the 2008, as it would seem the French audio specialists aren’t required to work their magic in this instant.

Truthfully, it’s surprising what Peugeot has managed to achieve, and it should be a delight to most consumers’ ears. As a result, the stock system receives TotallyEV’s Value award.