The Hyundai Kona Electric is an impressive all-electric SUV that claims to run for up to 300 miles on a single charge. Available in three trims, the entry-level SE Connect starts from £28,950. We reviewed the Ultimate trim, which starts from £37,900, and found it to be amongst the best all-electric vehicles on the market; the compact SUV received TotallyEV’s Best Buy award.

When it comes to audio, the 2021 Facelift Kona Electric comes with an eight-speaker Krell Automotive system fitted as standard; previously, the entry-level SE trim had a six-speaker configuration, with the Premium and Premium SE trims benefitting from the upgraded system.

Read our full review of the Hyundai Kona Electric

Through the vehicle’s 10.25″ infotainment system, one can adjust the car’s audio settings. A three-band equaliser makes it easy to tailor the sound to your liking, although a dedicated subwoofer EQ would have also been appreciated. Here are our optimal settings:

To connect up to the infotainment system, you can use a wired connection whereby Android Auto and Apple CarPlay are both supported. Should you wish to resort to using a wireless connection, one can use Bluetooth where the AAC and SBC codecs are supported, only.

As for your media controls, they can be accessed through the display, via a set of physical buttons below the screen or by using the controls on the steering wheel.

For a demo of the Hyundai Kona Electric’s audio system watch the review on our YouTube channel.

When it comes to the vehicle’s audio configuration, there are seven drivers in total with the eighth acting as a subwoofer. There are five speakers at the front: a 100mm centre speaker, two 160mm woofers, and two 25mm tweeters. At back, there are two 160mm woofers and a 200mm subwoofer located in the boot. Krell Automotive has also integrated an eight-channel amplifier that pushes the system’s total output to 400 Watts.

The inclusion of a physical subwoofer is a welcome addition, as it delivers that much-needed low-end rumble in songs that thrive on a competent 808 slam. For example, in Usher’s 2012 single, ‘Lemme See’ which has a consistent amount of bass throughout the song, the subwoofer does a marvellous job of keeping up with the track.

As for the mid-bass, it’s very prominent, where we’d suggest dialling it down a few notches to avoid it overpowering the rest of the frequencies. It’s certainly at the forefront of the system’s sound signature and can be felt throughout the cabin. However, it does lack a bit of control whereby the system fails to keep the mid-bass frequencies precise, and instead, sounds a touch wobbly; namely at louder volumes.

The highs are impressive, however, with a near-perfect extension at the top end. Had the vehicle housed a few extra tweeters at the rear of the cabin, it would have achieved a perfect score.

On the downside, the mids are recessed. One might think to add a few notches to the ‘Mid’ EQ setting, but alas this taints the accuracy in the frequency band, ultimately resulting in an artificial reproduction. Take Bob Sinclair’s ‘World Hold On’, and you’ll find the artist’s voice feels subdued in comparison to the rest of the frequency range. Add a few notches to the EQ and the vocals suffer from an odd reverb.

As for the soundstage, the eight-driver setup lacks width and depth. Here, music feels a little closed, with the speakers not providing a great sense of immersion throughout the cabin; namely at the back where there are only two speakers. It is, however, a bit better in its ability to separate instruments – the aid of the centre driver at the front of the cabin bolsters the overall reproduction.

On to cabin noise, the 2021 Facelift Kona Electric suffers from a bit of tyre noise at the front of the cabin, and while traversing rougher terrain, rattle can occasionally be heard coming from the plastic door frames – nonetheless, it’s still one of the quieter cabins in its price category. In our controlled tests using a sound meter we recorded, 35 dBA at a standstill; 53-56 dBA, while driving at 20-30mph; 60-64 dBA at 40mph; and 70-74 dBA at 70mph. 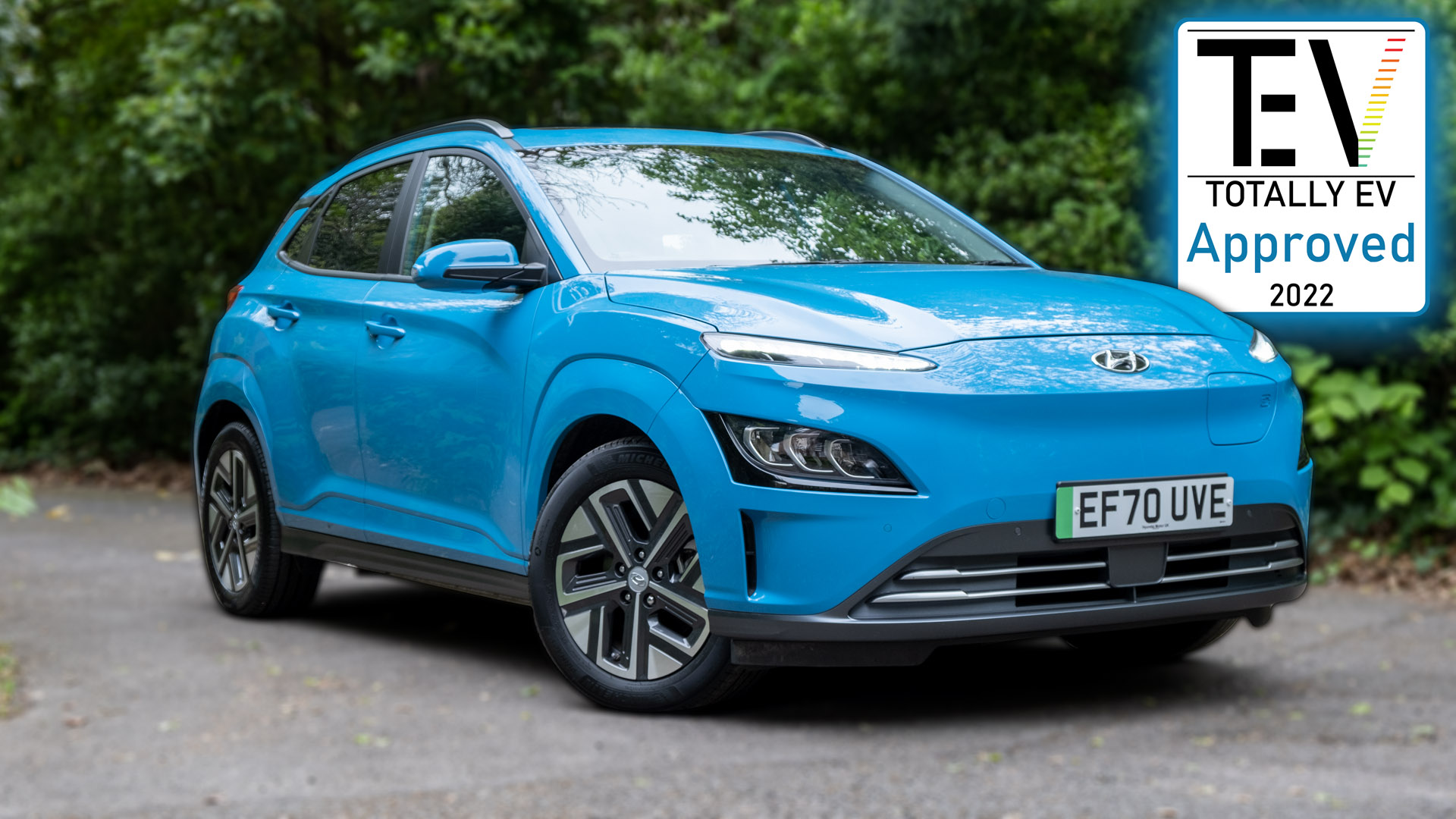 On the whole, the Hyundai Kona Electric houses a punchy eight-speaker Krell Automotive sound system, which will excite most consumers’ ears. It is, however, plagued by recessed mids and a lacklustre soundstage. Its bassy sound signature might also be off-putting to those who solely listen to classical music.