The Volvo XC40 and C40, more specifically the Recharge Twin models, are powerful all-electric vehicles that ooze with style. When reviewed, we found both were equally impressive and we handed them our Best Buy award; in fact, Volvo’s vehicles are the joint-highest rated across the site – only the Tesla Model 3 and Model Y share the same rating.

But what about their audio systems? Both the XC40 and C40 share the same setup, whereby the Core and Plus models have an eight-speaker configuration that outputs 250 Watts. The Ultimate trim, which we have on review, houses a 13-speaker Harman Kardon system that has a staggering 600 Watts of total power output. Note, there’s no means of upgrading to the Harman Kardon audio system in the other trim models.

To tinker with the vehicle’s audio settings, you’ll want to navigate to the appropriate menu on the portrait 9″ infotainment display. Alongside the vehicle’s volume levels, you’ll find a three-band equaliser – here are our optimal settings:

*We prefer to listen to music with Surround disabled, if however, you prefer a spacious sound and don’t mind sacrificing mid-range accuracy, feel free to enable this option and set the surround sound level to around 30% for an optimal experience – at least in our opinion.

To connect up to the vehicle’s system, you’ll have to resort to using Bluetooth, where the infotainment system supports the SBC and AAC codecs only – the latter being the better out of the two, as it transmits at a higher quality. It’s a shame not to see the use of LDAC, given that the Volvos runs Google’s Android Automotive OS. Further, using an Android device, there’s no means of USB playback. iOS users will be pleased to know that Apple CarPlay is coming soon, although, at the time of writing it isn’t supported.

As for media controls, they can be accessed through the display, via physical buttons found underneath the 9″ screen or through the steering wheel.

For a demo of the Volvo XC40’s audio system head on over to our YouTube channel.

Indeed, the Harman Kardon system one-ups the stock eight-speaker configuration by offering a subwoofer and four additional drivers at the rear of the cabin. The former is a marvel, where it produces a sublime low-end rumble that can be heard throughout the cabin. We actually reduced it by a notch in order for it not to overpower the rest of the frequency range.

Similarly, the mid-bass – in its default EQ – is overpowering and results in a bombastic experience. To get a more balanced sound signature, we’d highly recommend reducing its impact by taking a few notches off the ‘Bass’ EQ.

With all that bass presence, it’s almost no surprise to learn that the mids are pushed back. Thankfully, they can be EQ’ed without loss of accuracy. Doing so pushes Kara Marni’s vocals in ‘Trippin’ to the foreground, and while the system still has a warm sound signature, it’s definitely capable of reproducing a lively sound. Nevertheless, it is the system’s biggest weakness when compared to the likes of the audio systems found within the Tesla Model 3 or Tesla Model Y, which portray a better, more forward sound through the mid-range tones.

One can go overboard with the ‘Treble’ EQ, but doing so will also tinker with the highs, whereby it can result in a fatiguing sound, as the system’s tweeters become overzealous at the top end. As such, we’d recommend not going over halfway in this EQ setting, but of course, your hearing range might differ from ours. Nonetheless, with a few notches added on, we find the highs extend well and provide plenty of energy; ‘Adagio for Tron’ by Daft Punk and Teddybears really comes to life in the XC40 and C40.

Instrument separation is stellar, too. Here, with a six-six split between the front and the rear of the cabin, the speakers manage to provide an engaging experience; a trait that the Volvo shares with the Polestar 2. On a more negative note, however, the overall width and depth feel a little closed. In this department, both the Harman Kardon audio systems in the Volvo and Polestar can’t compete with the near-faultless execution of the Tesla Model 3 and Model Y.

One can enable the ‘Surround’ option in the EQ settingsl, but we find the Dolby Pro Logic II Surround Sound option detracts from the overall mid-range accuracies, pushing it back even further. We had the same experience in the Polestar 2 and as such, suggest leaving the option unticked in order to benefit from a reference sound reproduction.

Finally, onto cabin insulation, there is a bit of tyre noise that creeps in at the front and wind noise that can be heard deflecting off the A-pillars. Using a sound meter we recorded, 36 dBA at a standstill; 54-58 dBA, while driving at 20-30mph; 59-63 dBA, while driving at 40mph; and 71-74 dBA when at 70mph. It’s not as serene as the BMW iX3, but it’s still one of the quieter cabins on the market. 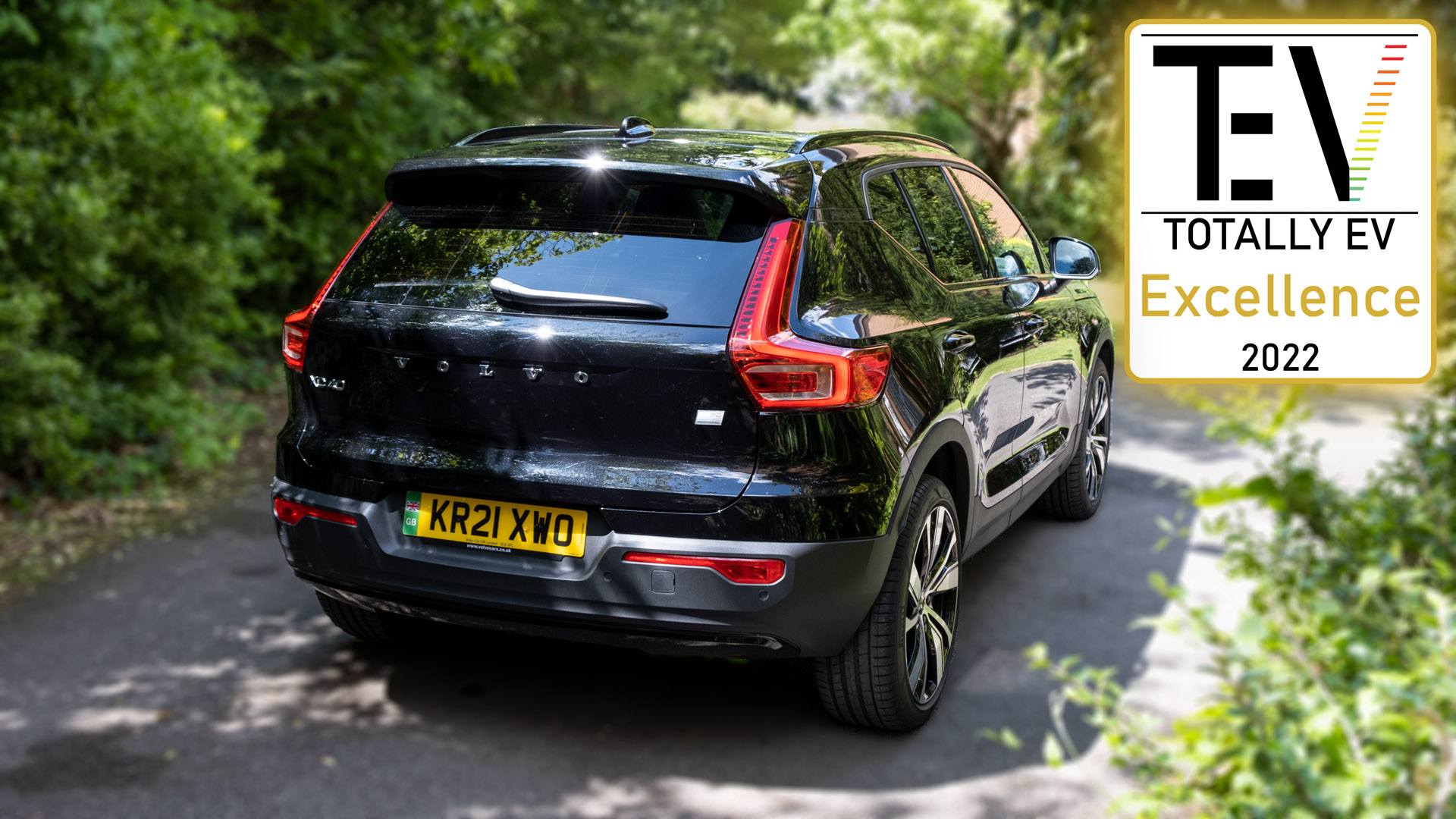 While the fully-electric Volvos aren’t faultless across the entire frequency range, they still produce a stellar audio reproduction, at least when fitted with the 13-speaker Harman Hardon system. Our only complaint is that budding audiophiles cannot get the upgraded 600-Watt configuration on the lower trim levels and as such, will need to splash out on the Ultimate trim in order to get a heightened audio experience.

Nonetheless, given it’s among one of the best sounding systems on the market, it’s worth considering the upgrade for the bettered audio configuration. As a result, the Harman Kardon system receives TotallyEV’s Audio Excellence award.

Volkswagen ID.5 audio review: Should you upgrade to Dynaudio?