The Polestar 2 is an all-electric saloon that claims to run for 292 miles on a single charge and manages to get to 60mph from a standstill in a tested 4.68 seconds. We found it to be a fantastic all-rounder and a real competitor to the likes of the Tesla Model 3 and BMW i4.

When it comes to audio, the P2 houses an eight-speaker 250-Watt system, but comprised within the £4,000 Plus pack, you’ll find a 13-speaker Harmon Kardon system that outputs up to 600 Watts of power. The upgraded system is on review.

To tinker with the vehicle’s audio settings, one has to navigate to the appropriate menu on the 11.15″ infotainment system. Alongside a comprehensive set of volume settings, you’ll find a simple three-band equaliser (Treble, Bass, Subwoofer), and an ‘Advanced equaliser’ that gives you the ability to independently adjust nine frequency bands – here are our optimal ‘Tone and Equaliser’ settings:

It’s truly incredible to see such a degree of customisation from a vehicle – be it an EV or ICE-based car. Better still, to know this level of personalisation comes as standard with every Polestar 2, is certainly what we’d like to see going forwards from other automakers.

It doesn’t stop there, as the Polestar 2 was the first car to fully integrate Google’s Android Automotive OS, which is one of the best infotainment systems we’ve seen on a car. It integrates Google Maps and has built-in data (for up to three years), allowing you to navigate without needing a smartphone.

Should you wish to connect to the system with either an Android or iOS device, Bluetooth is your only available option on the former mobile operating system: both the SBC and AAC codecs are supported, where the latter will be favourable to iPhone, iPad and iPod users as these natively use said codec. One could have hoped for LDAC support, given the highest quality Bluetooth codec is baked into all Android 8.0 or above devices, but alas that’s not the case.

iPhone users will also be pleased to know that Apple CarPlay is supported on the Polestar 2, which allows you to connect up to the vehicle’s infotainment system and use Apple’s services instead of those on offer by Google.

As for media controls, they can be accessed through the display, via a physical control wheel found by the centre console (play/pause, skip and volume) or through a set of physical buttons found on the right-hand side of the steering wheel; the latter allows for track changes and volume alterations, only.

For a demo of the Polestar 2’s audio system head on over to our YouTube channel.

When it comes to its driver configuration in the Harman Kardon system, at the front you have a mid-range driver housed within each of the doors, a tweeter in each of the A-pillars, a centre speaker on the dashboard and an air-power subwoofer by the passenger side A-pillar (in-between the pillar itself and the bonnet). This tallies up to six speakers.

At the rear, there is a full-range driver and a tweeter housed within the doors, and a mid-range driver within each of the C-pillars. As for the boot, there’s a subwoofer and the system’s amplifier. This totals up to seven drivers at the rear of the cabin – 13 in total, which combined output 600 Watts of power. There are also two external speakers (at the front and rear bumpers) that are used to notify pedestrians of your oncoming presence.

When it comes to its audio prowess, the system delivers a meaty punch. This is thanks to a combination of the front-mounted air woofer, rear-mounted subwoofer and Dirac Unison technology, which cleverly co-optimises certain frequencies to ensure a more unified and tighter bass response. The result of these working in unison is an unparalleled mid-bass response – quite simply put, it’s flawless.

Take, for example, WSTRN’s ‘Never Find’, where the bass hits can be heard throughout the entirety of the song. Here, the Polestar 2’s audio system manages to portray a clean, natural and punchy mid-bass response. No matter where you sit inside the cabin, you’ll be able to enjoy a controlled and wholesome reproduction. We’d suggest reducing the 75Hz and 150Hz frequency bands by a few notches, where we’d go as far as reducing the former by up to six notches; in its default EQ, the system can sound a bit too overpowering in the low-end tones.

The sub-bass response is also very impressive, where there’s a notable extension through the lower frequency bands. However, it won’t feel as pronounced as the likes of the audio system comprised within the Hyundai Ionic Electric, which is arguably one of the best systems we’ve heard for bassheads – of course, outside of ultra-premium or aftermarket solutions. 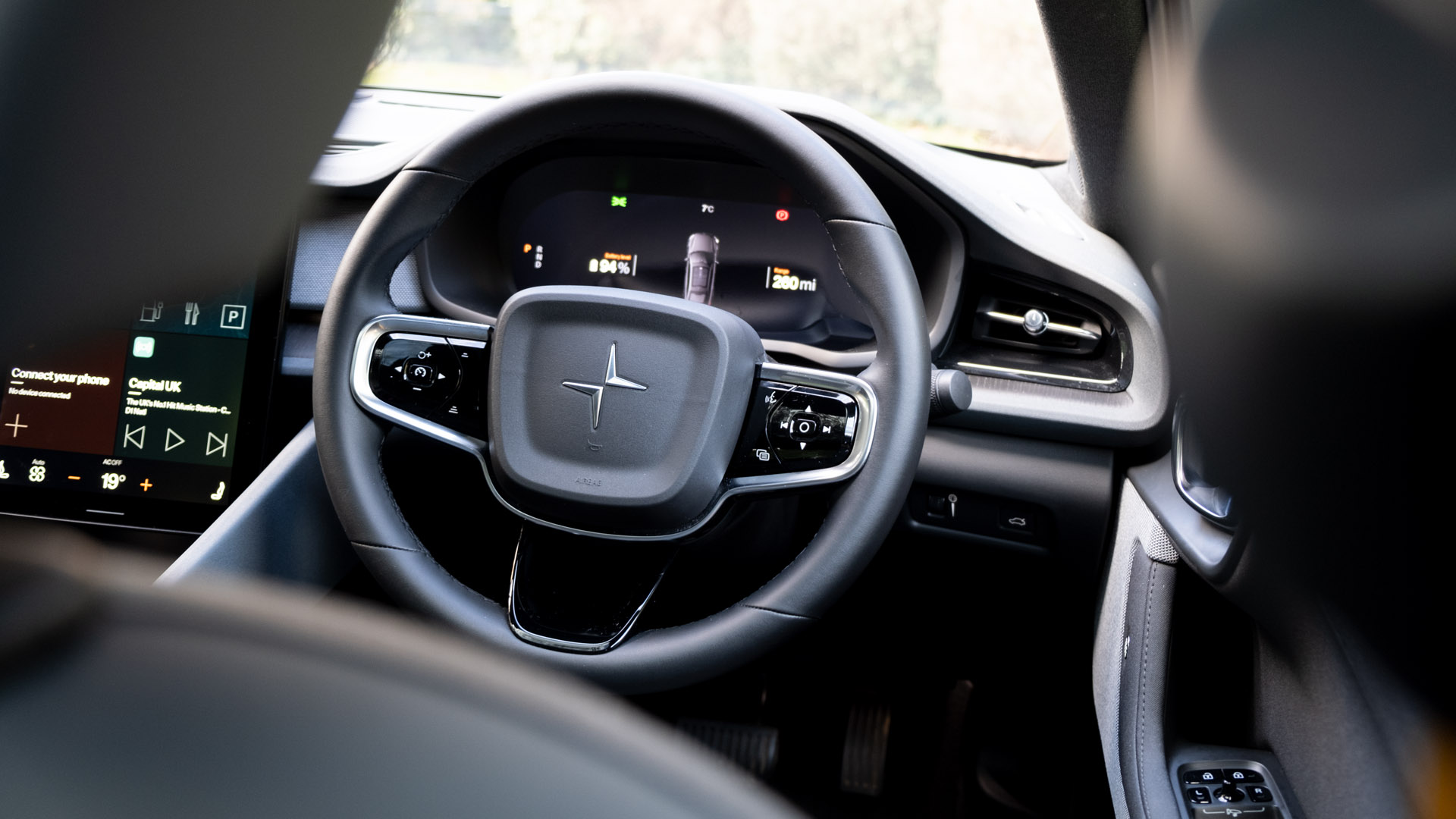 Where the Hyundai fails, however, is in its mid-range reproduction – that’s not the same that could be said about this Harman Kardon system, which delivers near-forward-sounding mids. Indeed, the lower mids are very impressive, but can’t quite compete with the Harman Kardon setup within the BMW i4, nor the Premium audio system in the Tesla Model 3.

Here, there’s a slight dip in the upper mids. We added a few notches to the 2kHz and 4kHz frequency bands to better the experience, and we’re pleased to say that this doesn’t detract from the system’s ability to reproduce an accurate sound.

Onto the highs, they do have a bit of a zing at the top end, where we found the system becomes a tad sibilant, namely at higher volumes. Reducing the 8kHz band by a notch and the 16kHz band by two notches yields a more agreeable experience. Of course, this is dependent on the type of music you listen to and further, your hearing range.

As for the soundstage, we found it to be a little closed sounding. You can, of course, use the 7.1 Quantum Logic Surround Sound to artificially give you a sense of width and depth, but we found enabling this option through the surround tab on the infotainment system detracts from the overall audio reproduction; it butchers the entire frequency range to give you a fake surround sound.

On the plus side, instrument separation is excellent. Santana’s electronic guitar in ‘Put Your Lights On’ can be distinguished from Everlast’s deep voice and acoustic guitar strums, while subtle hi-hats can be heard throughout the song, no matter where you sit in the cabin. 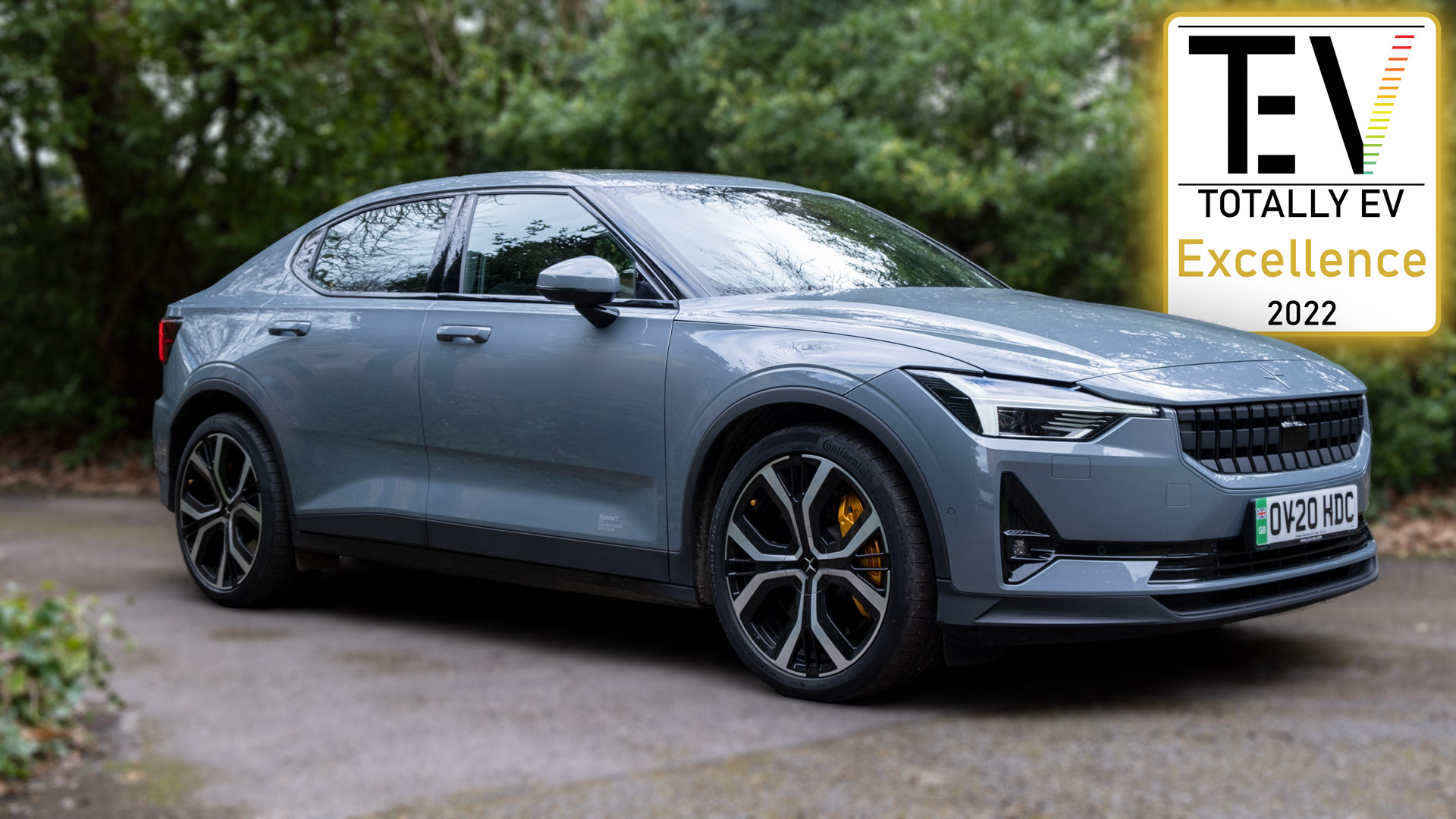 On the whole, the Harman Kardon system comprised within the Polestar 2 is a marvel. It performs well across the frequency range and will excite both regular listeners and audiophiles. While it isn’t the outright best audio system we’ve reviewed on the site, it’s still up there with the very best, and as such receives TotallyEV’s Audio Excellence award.