The Hyundai Ioniq Electric is an all-electric saloon that claims to run for 193 miles on a single charge. The car is available in two trims: ‘Premium’ that costs £30,950, and ‘Premium SE’ that’ll set you back £32,950.

As standard, both models come with an eight-speaker ‘Infinity Premium Sound System‘ that is manufactured by Harman – the system outputs 315 watts of power.

Read our car review of the Hyundai Ionic Electric

The car comes equipped with a 10.25″ infotainment display, where through it, you can tinker with the system’s EQ. Here are our optimal settings:

To connect up to the car, Hyundai supports both Android Auto and Apple CarPlay, which allow you to playback music over USB. If, however, you’d prefer to connect wirelessly, the system supports both the AAC and SBC codecs.

For a demo of the Hyundai Ionic Electric’s audio system head on over to our YouTube channel.

The Infinity sound system has eight speakers in total. At the front, there is an 80mm midrange centre driver, two 25mm tweeters and two 160mm mid-woofers. At the rear of the cabin, there are two 160mm full-range drivers; while in the boot, there’s a 200mm subwoofer and a 7-channel amplifier that supports ‘Clari-Fi’. The latter is a technology used by Harman, which aims to ‘restore‘ digitally compressed MP3 files to make them sound at their “best possible quality”.

Jargon aside, the system will reproduce a thumping sound, which is namely thanks to the inclusion of its 200mm subwoofer. Inside the cabin, you’ll feel a real sense of low-end presence, and dare we say it, the most heart-pounding audio experience you’ll get in a saloon-sized vehicle that doesn’t have an aftermarket kit installed.

Take one of YG’s songs, such as ‘Why You Always Hatin?’ and you’ll not only hear the bass, but you’ll also feel it no matter where you sit. So much so, that we’d recommend dialling down the bass EQ to -7; not something we’d normally see ourselves doing but it’s, in our opinion, necessary to get the best out of the system.

Still, even after such a harsh reduction of the bass EQ, the system still manages to pump out plenty of low-end goodness. Even in non-hard-hitting songs such as Nelly Furtado’s ‘Say It Right’ the Ioniq’s system portrays a strong presence throughout the mid-bass tones.

The highs are similarly impressive, extending well and not sounding overly sibilant nor harsh; two notches to the Treble EQ will bring out the best of the system, too. We still would have liked an extra bit of extension at the top end, where the system sounds ever-so-slightly rolled off, though, at this stage we’re nitpicking.

Onto the soundstage, and we found ourselves surprised by the level of width and depth that can be heard, namely at the front of the cabin. Indeed, with its five drivers dotted around the front, the system manages to provide a sense of airiness. Instrument separation is similarly impressive, although, at the rear, the car’s two sole full-range drivers are left with a lot to do.

The biggest downside of the system is its mid-range reproduction. Given the sheer amount of bass and Harman’s tuning, the Infinity system suffers from recessed mids. Here, Michael Jackson’s voice in ‘Don’t Stop ‘Til You Get Enough‘ sounds a bit pushed back and lacks power; the artist’s voice is subdued and left at the background, instead of being at the foreground of the song. Adding anything to the Mid EQ will, unfortunately, yield an unnatural reproduction. 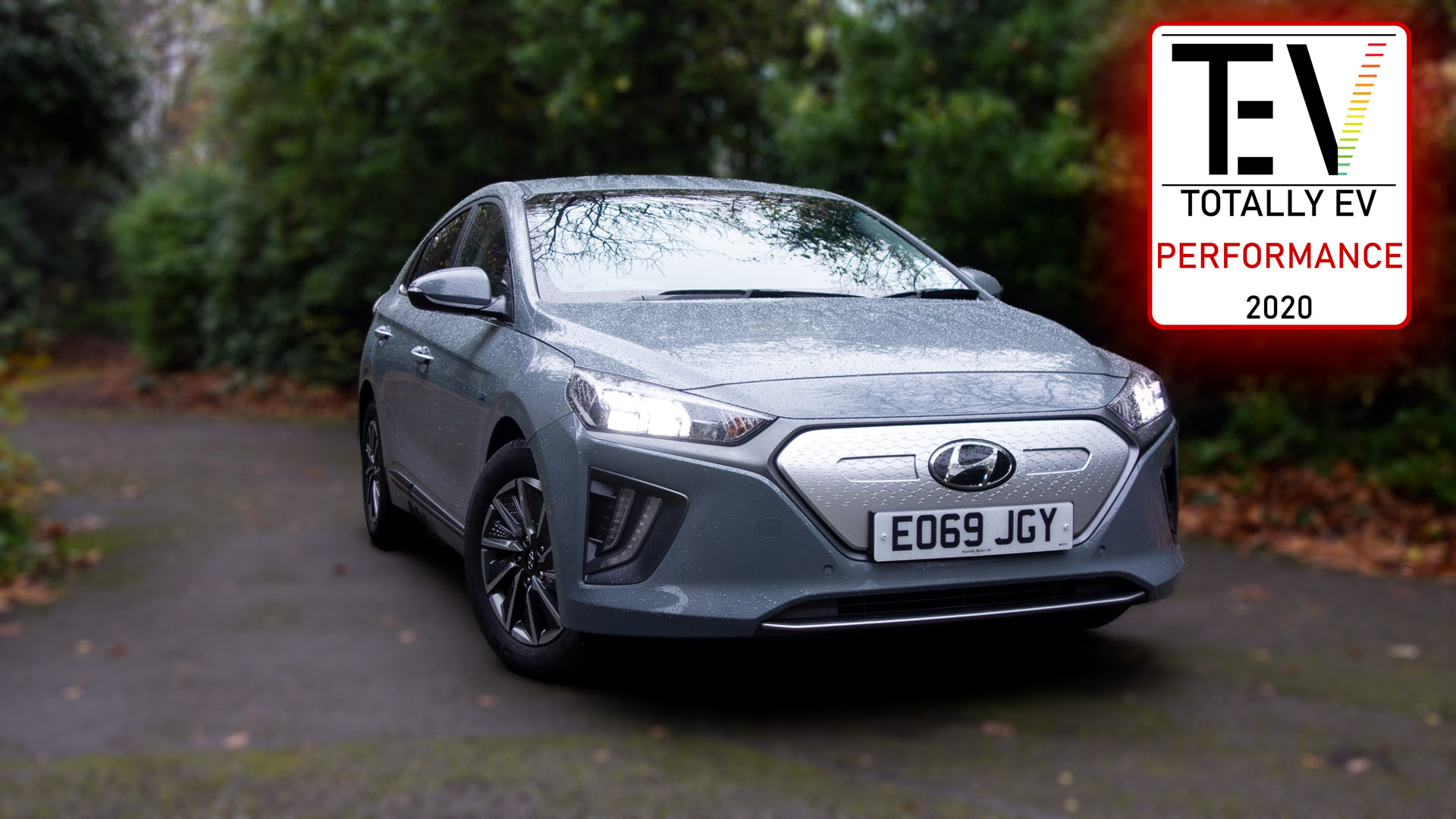 While the Ioniq Electric’s audio system might not be to everyone’s liking, it’ll certainly excite bassheads or those seeking a thumping sound. Of course, the system won’t compete with luxury audio systems nor aftermarket solutions, but as far as ‘stock’ systems go, the Infinity one is impressive. As a result, it receives TotallyEV’s Performance award for its ability to deliver a thoroughly enjoyable bassline.