The Seat Mii Electric is among one of the cheapest all-electric cars on the market at £19,800. The vehicle takes after its near-identical sibling, the Volkswagen e-up!. Built off Volkwagen’s platform, these two small-sized hatchbacks share a lot of similarities – the audio system being one of them. Both have the same six-speaker audio setup that cannot be upgraded.

For a demo of the Mii Electric’s audio system head on over to our YouTube channel.

Through the use of the 5″ infotainment system, one can adjust the car’s audio system via a three-band equaliser. Here are our optimal settings:

You’ll also find support for Apple CarPlay and Android Auto, where this will playback audio via USB; you can also physically connect to the audio system via a 3.5mm auxiliary input. Wireless connectivity can be achieved via Bluetooth, although, the system is limited to the lowest-quality SBC codec, only.

For a demo of the Mii Electric’s audio system head on over to our YouTube channel.

In terms of the car’s set up, there are four speakers at the front (within the A-pillars and front doors), and two located within each of the rear doors. Unfortunately, there’s no sign of a subwoofer under the rear seats or boot.

As a result, the speakers struggle to reproduce a convincing low-end rumble in Priya Jaye’s single, ‘Ghosting’ – the sub-bass sounds cut-off past the 50Hz region and lacks cohesion due to the omission of a dedicated subwoofer.

On the other hand, the mid-bass frequencies are plentiful with a heartfelt presence. If anything, the system is a little overzealous throughout this frequency band and benefits from a slight reduction through the infotainment system. That is, of course, subjective so if you’d prefer more presence in the mid-bass tones, you can tailor it to your liking.

The logic behind this is to reduce the mid-bass leaking into the mid-range frequencies, whereby the bass overpowers the vocals in Rick Ross’ Turnpike Ike. Here, you’ll find the Mii Electric has a warm sound signature; adding three notches to the ‘Mid’ EQ will counteract its mid-range dip, but alas won’t solve it altogether – it’s a V-shaped sounding system.

As for the highs, they’re close-to-perfect with great top-end extension; the system in its default configuration (+0) doesn’t suffer from any harshness or sibilance when cranked up, either.

The car’s soundstage is good, albeit limited by the car’s cabin size and the limited number of speakers. Music doesn’t have the same level of width and depth that you’d find on a larger-sized SUV for example. As for instrument separation, it’s competent at the front with the help of four speakers, but is hindered at the back of the cabin where the system lacks the same number of speakers. 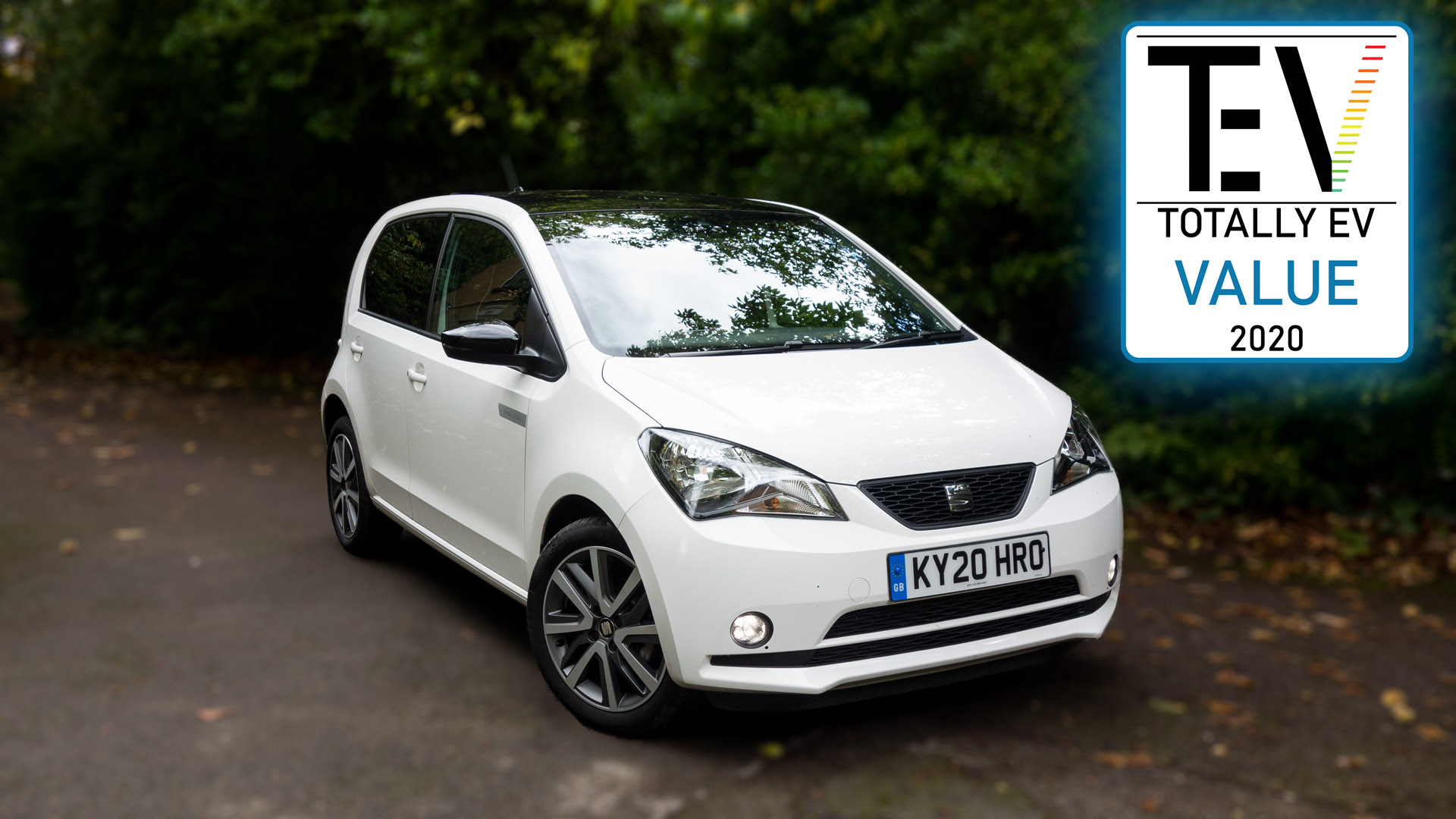 On the whole, the stock six-speaker audio system comprised within the Mii Electric is unsurprisingly identical to the one found in the Volkswagen e-up!. The system offers a lively sound throughout the frequency range and will please most consumers’ ears. As a result, the ‘free’ system receives TotallyEV’s Value award.