The Volkswagen e-up! is a small all-electric car that costs £20,555. The German manufacturer doesn’t allow its customers to overly customise its vehicle; a welcome sight, as most of its competitors offer a mind-boggling number of additions. Therefore, it should come as no surprise, to learn that its six-speaker audio setup cannot be upgraded to another system.

For a demo of the Volkswagen e-up! audio system head on over to our YouTube channel.

Through the use of the 5″ infotainment system, one can adjust the car’s audio system via a three-band equaliser. Here are our optimal settings:

You’ll also find a few audio-related settings, such as the Aux and Bluetooth volumes, and speed-dependent settings. As Apple CarPlay and Android Auto aren’t supported, you’ll need to connect via a 3.5mm interconnect (Aux) or a device that supports Bluetooth – the system is limited to the SBC codec, only.

For a demo of the Volkswagen e-up! audio system watch the review on our YouTube channel.

In terms of the car’s set up, there are four speakers at the front (within the A-pillars and front doors), and two located within each of the rear doors. Unsurprisingly, due to the size of the car’s cabin and its 32.3 kWh battery pack, there’s no room for a subwoofer.

Listening to one of Drake’s latest songs, ‘Laugh Now Cry Later’, the car’s audio system doesn’t extend well into the lower-end frequencies. Instead, there is an undeniable cut-off past the 50Hz region.

The same, however, couldn’t be said about the car’s dynamic mid-bass reproduction, which even at certain volumes, rattles the car’s plastic door panels and dashboard. It’s extremely punchy and full-bodied; it creates a sense of warmth to the music, too. We did, however, dial it down by a notch, of course, this is all subjective as you might prefer to add even more of a punch to your music.

As for the mids, they’re a touch recessed. Bopping ‘Safe To Say’ by Aitch, the UK artist’s voice sounds subdued. It’s not until we add three levels to the mid-range, where Aitch’s lyrics come to fruition. Moving onto the highs, the top-end is near perfect with great extension and fluidity. Especially when sat at the front, the tweeters that are mounted on the A-Pillars bring a lot of energy.

To conclude, the car’s soundstage is good, albeit limited by the car’s cabin size. Music doesn’t have much width or depth, while instrument separation comes across competently when sat at the front. At the back, however, the same level of cohesion isn’t heard, as the setup is limited to two speakers, only. 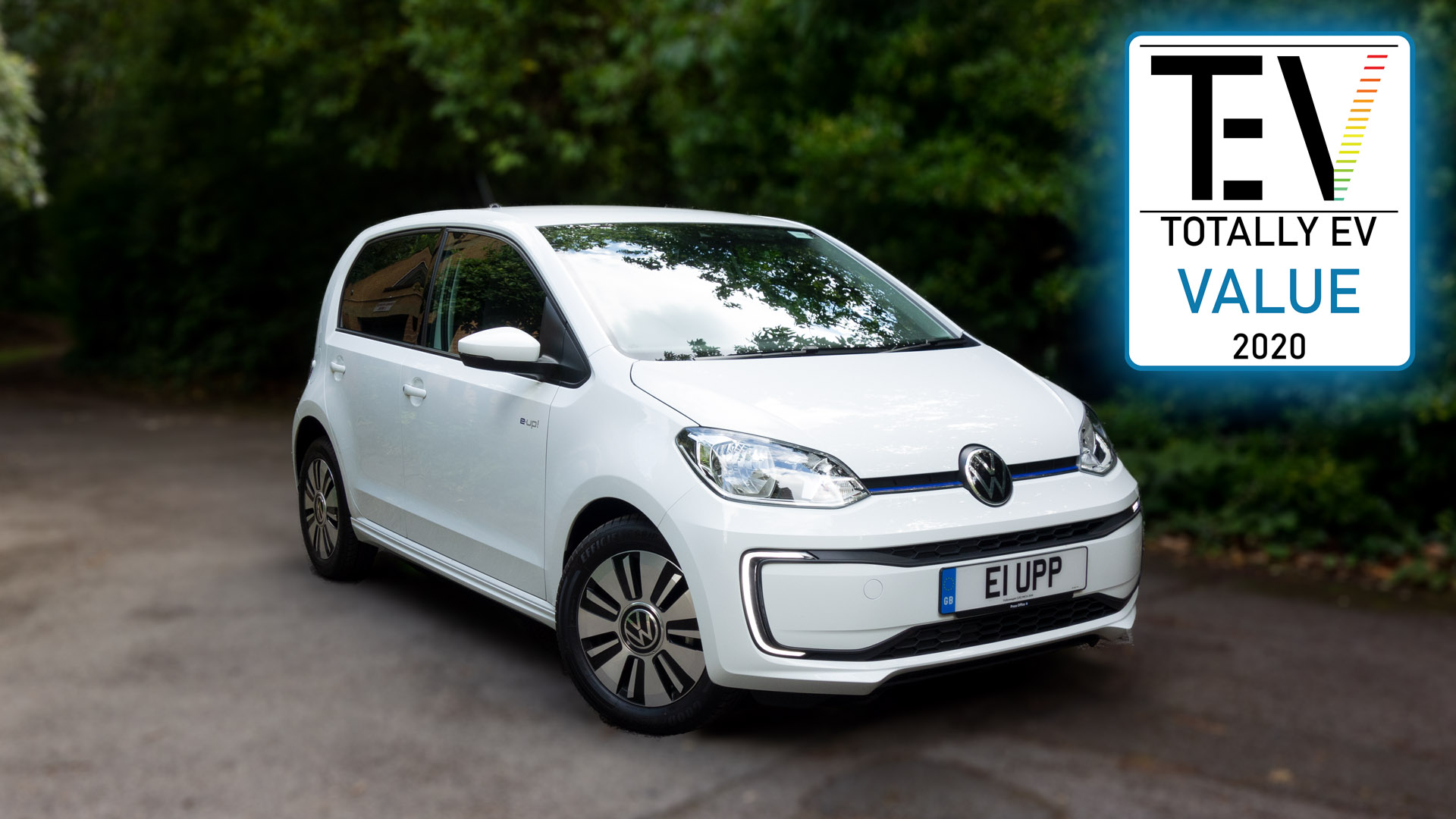 On the whole, the stock six-speaker audio system that’s comprised within the Volkswagen e-up! is lively and offers plenty of excitement throughout the frequency range. Despite its narrow soundstage reproduction and cut-off bass frequencies, VW’s audio system will please most consumers’ ears. As a result, the ‘free’ system receives TotallyEV’s Value award.