The Honda Jazz is a compact hybrid that doesn’t require to be plugged in – we found it to be supremely practical and competitively priced – we gave it our Value award.

Honda offers a few different trim levels: SE, SR, EX and EX Style. Despite the added cost of the latter variants, they all house the same four-speaker 180-Watt audio system. The only exception, however, is the slightly larger Jazz Crosstar that has additional speakers dotted around the cabin – total wattage moves up to 376 Watts.

To tinker with the vehicle’s audio settings, one has to navigate to the appropriate menu on the 9″ infotainment system (5″ in the SE trim). Here, you’ll find a three-band equaliser – our optimal settings are below:

To connect up to the infotainment system, you can use a wired connection whereby Android Auto and Apple CarPlay are both supported. The latter also works wirelessly. Should you wish to resort to using Bluetooth, both the AAC and SBC codecs are supported, only.

As for your media controls, they can be accessed through the display, via a set of physical buttons next to the screen or by using the controls on the steering wheel.

Read next: Seat Leon audio review: Better than the Audi A3?

For a demo of the Honda Jazz’s audio system head on over to our YouTube channel.

When it comes to its audio configuration, there’s a single 45-Watt speaker within each of the four doors. Alas, there’s no subwoofer in the regular Jazz, which has a knock-on effect on the vehicle’s ability to deliver a pronounced low-end rumble. For example, in Wiz Khalifa’s single titled ‘Can’t Stay Sober’, the sub-bass tones are cut short. Indeed, the four audio drivers within the cabin struggle to reproduce the lower echelons of the frequency range. Still, they’re competent in comparison to some of the other audio systems we’ve tested to date – such as the Fiat 500 Electric, Smart EQ Fortwo, and VW ID.3.

As for its mid-bass, it’s plentiful and is very much at the forefront of the vehicle’s sound signature. Tracks that have an emphasis on the mid-bass tones come to life. We would have liked a bit more control and heft in certain sons but still, we feel most consumers will be satisfied with the system’s ability to deliver a punchy sound.

The emphasis on the mid-bass tones does take its toll on the mid-range frequencies. It’s V-shaped and recessed, and while you might be quick to add a few notches to the Midrange EQ, adding even a singular increment hinders the mid-range accuracy. You’ll just have to accept that vocals are pushed back.

Now, despite the Jazz not housing any tweeters, the full-range drivers within the four doors do a good job at reproducing a lively top-end. While cymbals can be heard, they’re a tad rolled off; had the Japanese automaker included a few dedicated high-frequency drivers, it could have elevated the listening experience.

The same sentiments can be drawn to the vehicle’s soundstage reproduction, as it’s a little closed due to the omission of extra drivers. Nonetheless, the small size of the cabin helps with the overall width and depth, which is above average for a four-speaker setup.

Finally, onto cabin noise, the new Jazz suffers a little from engine noise when a kick-down is initiated, which is largely due to the vehicle’s e-CVT transmission. Still, it’s not as loud as the Honda HR-V and surprisingly also has good noise isolation from the exterior environment. In our controlled tests using a sound meter we recorded, 35 dBA at a standstill; 53-56 dBA, while driving at 20-30mph; 60-64 dBA, while driving at 40mph; and 66-70 dBA when at 70mph. 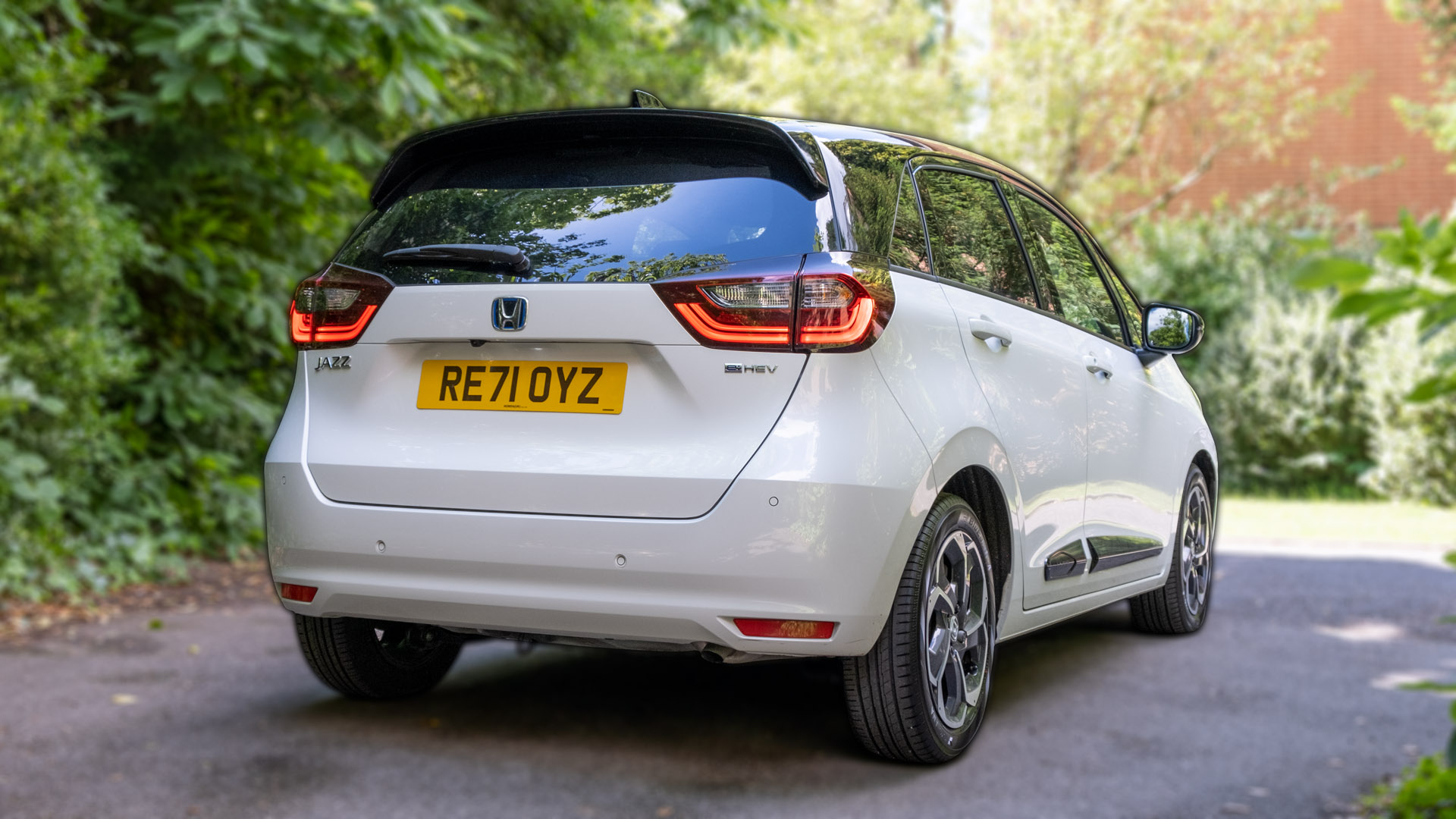 When it comes to its sound system, the Honda Jazz is neither great nor terrible. However, we feel the automaker has missed out on an opportunity to provide a premium listening experience in its more expensive trims; at the very least, an audio upgrade would have been appreciated by budding audiophiles. Alas, that’s not the case, which we feel is a missed opportunity. Thus, you’ll have to make do with the four-speaker setup unless, of course, you opt for an aftermarket solution.