The Smart EQ Fortwo is a small-sized fully electric car that offers a nibble experience. Despite its unique selling point, its compact form factor does hinder its driving range. We found it only managed to achieve 70-75 miles on a single charge from its 17.2 kWh battery pack; for a car that starts from £19,200, it’s hard to recommend over its competitively priced rivals, which offer double the driving range.

Similarly, when it comes to audio, its small size means the cabin is limited to two speakers, only. At the time of writing and within the UK, it’s not possible to upgrade the audio system – you’ll have to opt for the larger Forfour in order to have rear speakers installed, taking the tally up to four speakers.

To tinker with the vehicle’s audio settings, you’ll want to navigate to the appropriate menu on the 8″ infotainment system. Alongside the vehicle’s volume levels, you’ll find a two-band equaliser – here are our optimal settings:

*There are a few equalizer presets to choose from, including ‘Flat’, however, we find the ‘Rock’ EQ adds a lively character to the sound signature.

To connect up to the vehicle’s system, you can opt for a wired or wireless connection, both Apple CarPlay and Android Auto are supported over USB, while a 3.5mm port also provides the means of connecting an older device to the infotainment system. Over Bluetooth, the Smart EQ Fortwo only supports the lowest quality SBC codec. As such, we’d highly recommend opting for a wired connection.

As for media controls, they can be accessed through the display or via the steering wheel. The latter only has volume controls, with the skip and previous functions limited to the former method.

For a demo of the Smart EQ Fortwo’s audio system head on over to our YouTube channel.

As aforementioned, the car only has two speakers – one in each door – and as such, its audio performance is hindered. Starting with the low-end frequencies, the lack of a dedicated subwoofer does result in a rather cut-off sub-bass response. Take for example T-Pain & Kehlani’s latest single, ‘I Like Dat’. Throughout the song, there are pronounced sub-bass tones, which on the Smart EQ Fortwo’s two-speaker audio system come up short. Indeed, there’s minimal low-end extension.

On the flip side, the system’s mid-bass impact is heartfelt within the car’s small-sized cabin. Here, the two audio drivers manage to output plenty of quantity by moving substantial amounts of air – it’s certainly a fun-sounding system. However, the sheer quantity doesn’t excuse the audio drivers from sounding uncontrolled and wobbly. Alas, it lacks that finesse and will leave audio enthusiasts disappointed.

Given the system’s emphasis on the lows, the mid-range is pushed back and recessed. Josh Turner’s voice in ‘Your Man’ doesn’t come across as predominantly as one might expect over the instruments in the background of the song. You might want to adjust the ‘Treble’ EQ, however, doing so will also have an impact on the highs. As such, we didn’t add more than a single notch to the ‘Treble’ EQ, as it adds too much energy at the top end.

Speaking of which, the highs extend well, and while they are limited in performance by the lack of dedicated tweeters, the car’s stock configuration is still commendable through the high-end frequencies.

As for instrument separation, it’s surprisingly impressive – the sparkly tones and violin strums can easily be differentiated in Ne-Yo’s single, ‘Champagne Life’. However, the same couldn’t be said about the overall width and depth, as the system sounds rather closed. Here, the lacklustre number of audio drivers further plays a part in the system’s inability to keep up with its rivals, which offer four to six audio drivers, instead. 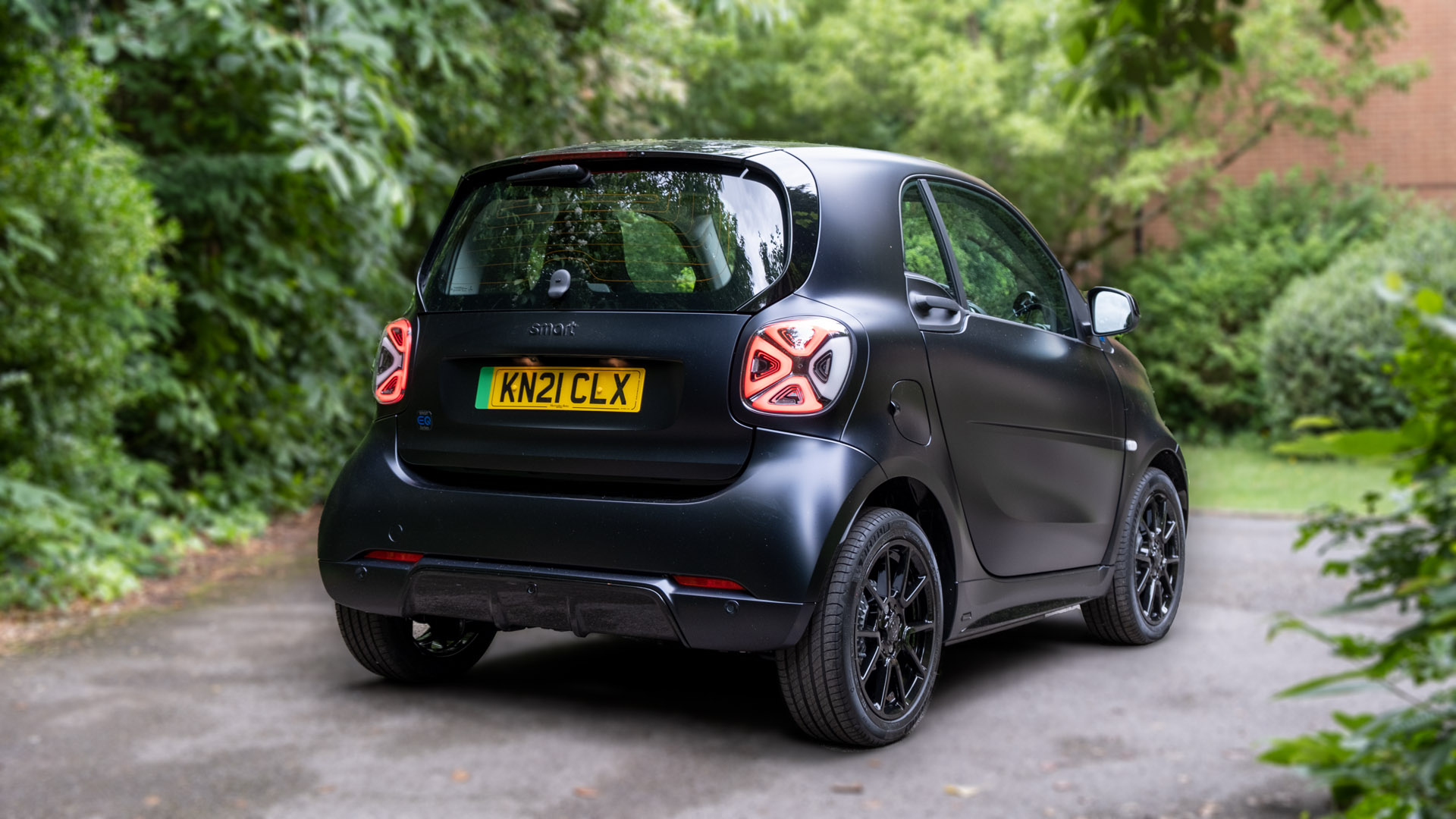 On the whole, the Smart EQ Fortwo’s audio performance is hindered by the number of audio drivers comprised within the cabin; the two speakers have it all to do and fail to compete with the likes of the four to six-speaker setups of the Seat Mii Electric, VW e-up! and Fiat 500 Electric, to name just a few.

Of course, that’s our subjective opinion on the audio system, so we’d love to hear your thoughts in the comments section below or via social media – we’re on: YouTube, Instagram, Facebook, Twitter and LinkedIn.