The Volkswagen ID.3 is an all-electric five-door hatchback that starts from £29,990. We found it to be an excellent all-rounder and one that deservedly received TotallyEV’s coveted Best Buy award, but does its audio system perform in a similar fashion?

The ID.3 is available in seven trim levels, where the Life (on review), Business, Family and Style come with the basic Infotainment Pack, which yields a 4+1 speaker configuration.

It’s only from the £36,190 ID.3 Tech, where you’ll get the Infotainment Pack Plus that houses two additional audio drivers at the rear of the cabin. One can’t opt for the 6+1 speaker setup in the cheaper variants. None of the trim levels house a subwoofer in the boot.

To tinker with the vehicle’s audio settings, one has to navigate to the appropriate menu on the 10″ infotainment system. Alongside the touch tones and ‘Goodbye sound’ that can be toggled, you’ll also find a three-band equaliser – here are our optimal settings:

As for media controls, they can be accessed through the display or via a set of haptic buttons found on the right-hand side of the steering wheel.

For a demo of the Volkswagen ID.3’s audio system head on over to our YouTube channel.

When it comes to its audio configuration, the 4+1 speaker system, oddly omits rear speakers. Instead, there’s a tweeter within each of the A-pillars, full-range drivers within each of the front doors and a centre speaker that make up the ‘+1’ naming structure. Indeed, if you want to utilise the speaker cutouts located within the rear doors, you’ll need to get the ID.3 Tech or above with the 6+1 setup. It’s also surprising not to see a subwoofer included in any of the trim levels.

As a result, listening to bass-heavy songs that require low-end rumble to fulfil their true potential fail to shine on Volkswagen’s audio system. ‘Put on’ by Young Jeezy is a perfect example of where the ID.3’s system fails to deliver. The low-end is cut-off and doesn’t rumble as low as other systems that house a dedicated subwoofer in the boot – for example, the Hyundai Ioniq Electric dispatches a phenomenal bass response thanks to its 200mm rear-mounted woofer.

On the plus side, the ID.3’s audio system makes up for its lacklustre low-end response with an ample amount of mid-bass. While a touch uncontrolled, the speakers deliver enough grunt to keep you entertained; at times you might even forget that a subwoofer was missing.

As for the mids, they are a little recessed. It’s not overly surprising given most hatchbacks fail to deliver forward-sounding mids. Here, we’d suggest adding a few notches to the ‘Mid’ EQ, as it will help to bring out Shakira’s voice in ‘Rabiosa’; one shouldn’t go overboard with the EQ adjustments, however, as it will artificially boost the frequency range, resulting in an inaccurate reproduction.

The highs are a little rolled off at the top end, but still manage to provide plenty of excitement. Adding a notch to the ‘Treble’ EQ adds a little extra sparkle, although, if you tend to listen to female vocals or like to crank up the volume, you might want to tone down the frequency band as the system can sound a touch sibilant.

Unsurprisingly, the weakest link is the soundstage, at least on the 4+1 system; with the rear speakers missing, music sounds unidirectional – everything you hear comes from the front of the cabin. This becomes even more apparent when you’re sat at the back, where the sound is subdued and further limited.

Nevertheless, when listening to music from the front of the cabin, there’s still a lack of width and depth. Here, the five audio drivers fail to broaden the ID.3’s sound presence. Instrument separation, however, isn’t bad where the five drivers combine to output a competent sound. 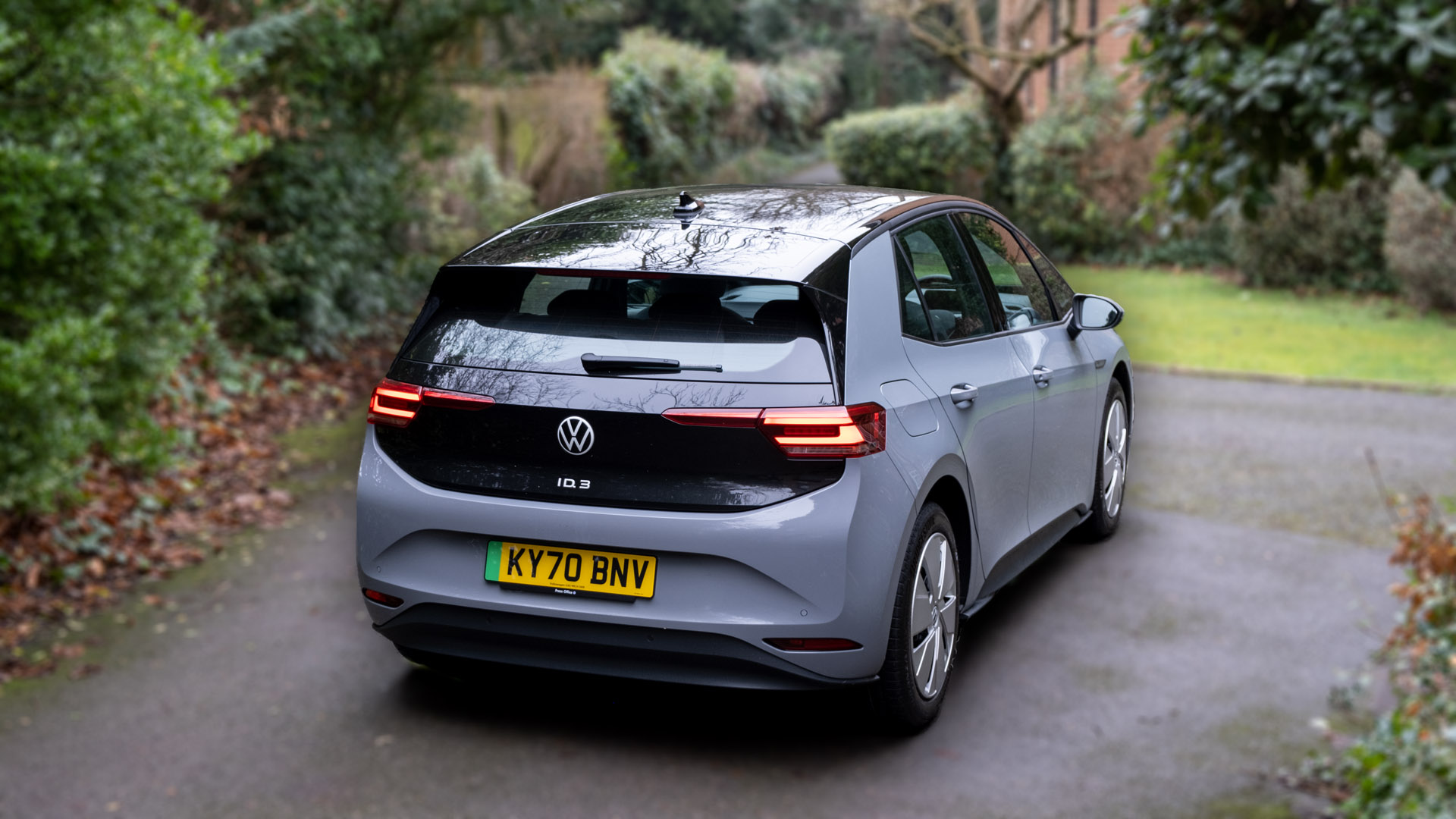 While the VW ID.3 doesn’t sound bad throughout the frequency range, it’s surprising to see a £29,990 car without any rear speakers. Of course, one could opt for the more expensive trim that has the 6+1 speaker configuration, but this really shouldn’t be the case for a 2020-21 vehicle.

We feel, at least on the audio front, that Volkswagen has cut too many corners. In fact, we’d argue to say that the front two tweeters could have been part of the 6+1 system, whereby the 4+1 system would have still been equipped with three speakers at the front and two at the rear. Alas, that’s not the case.