Now in its fourth generation, the Seat Leon can be found as a plug-in hybrid – we found the PHEV to be a competent all-rounder, but ultimately outclassed by its near-identical sibling, the Audi A3 TFSI e.

But what about its sound system? All trim levels of the e-Hybrid come with a seven-speaker configuration. Its Audi counterpart houses six audio drivers as standard, but can be upgraded to a 15-speaker Bang & Olufsen system. The same, however, couldn’t be said about the Seat, as there’s no means of upgrading its audio setup.

To tinker with the vehicle’s audio settings, one has to navigate to the appropriate menu on the 10″ infotainment system. Alongside a few basic volume settings, you’ll find a five-band equaliser – here are our optimal settings:

To connect up to the vehicle’s system, you can opt for a wired or wireless connection, both Apple CarPlay and Android Auto are supported. Over Bluetooth, the system supports the lowest-quality SBC codec, only. A degrade over the A3 that supports both the SBC and higher-quality AAC codecs, instead.

As for media controls, they can be accessed through the display or via the physical buttons found on the steering wheel – at the right, there are media buttons and on the left, you’ll find a volume wheel. There’s also a capacitative slider located under the 10″ display, which allows you to adjust the system’s volume.

Read next: Audi A3 audio review: Worth upgrading to the B&O system?

For a demo of the Seat Leon’s audio system head on over to our YouTube channel.

The mid-bass impact is pretty hearty, too. There’s a pronounced slam that can be felt both at the front and at the rear of the cabin. Our only complaint, however, is the lack of control through the 60-250Hz frequency range; bass hits feel a little wobbly and don’t have that finesse of more premium audio systems – such as the one found in the Tesla Model 3 or Polestar 2.

As for the highs, they extend valiantly past the 10kHz frequency range, providing plenty of zing and sparkle at the top end. Of course, depending on your hearing range, you might want to tailor it down a few notches through the system’s EQ settings, as at louder volumes, it can sound a touch sibilant.

The system’s biggest weakness is in its mid-range reproduction. The frequency range sounds recessed and lacks technical prowess. Take Kara Marni’s ‘Trippin’, for example, the artist’s voice is pushed back amid the other instruments in the song. Marni’s vocals also become tainted if they’re EQ’ed through the infotainment system, thus forcing us to leave most of the mid-range EQ settings untouched. The upper mids, however, can be tailored by a few notches without compromising on performance.

Onto the soundstage, it’s a bit of a mixed bag. The system’s reproduction is cordoned off, which means the width is narrow and the depth is shallow. One might have expected more from a system that has five audio drivers housed at the front of the cabin. Alas, the issue is further emphasised at the rear of the cabin, where only two drivers (one on each door) fail to bring a sense of fullness to songs. Instrument separation at the back is similarly disappointing, with the entire frequency range being asked to perform from a singular speaker.

On the upside, the front of the cabin is treated with more speakers and as a result, portrays a heightened listening experience. Instruments and position cues are easily distinguishable. 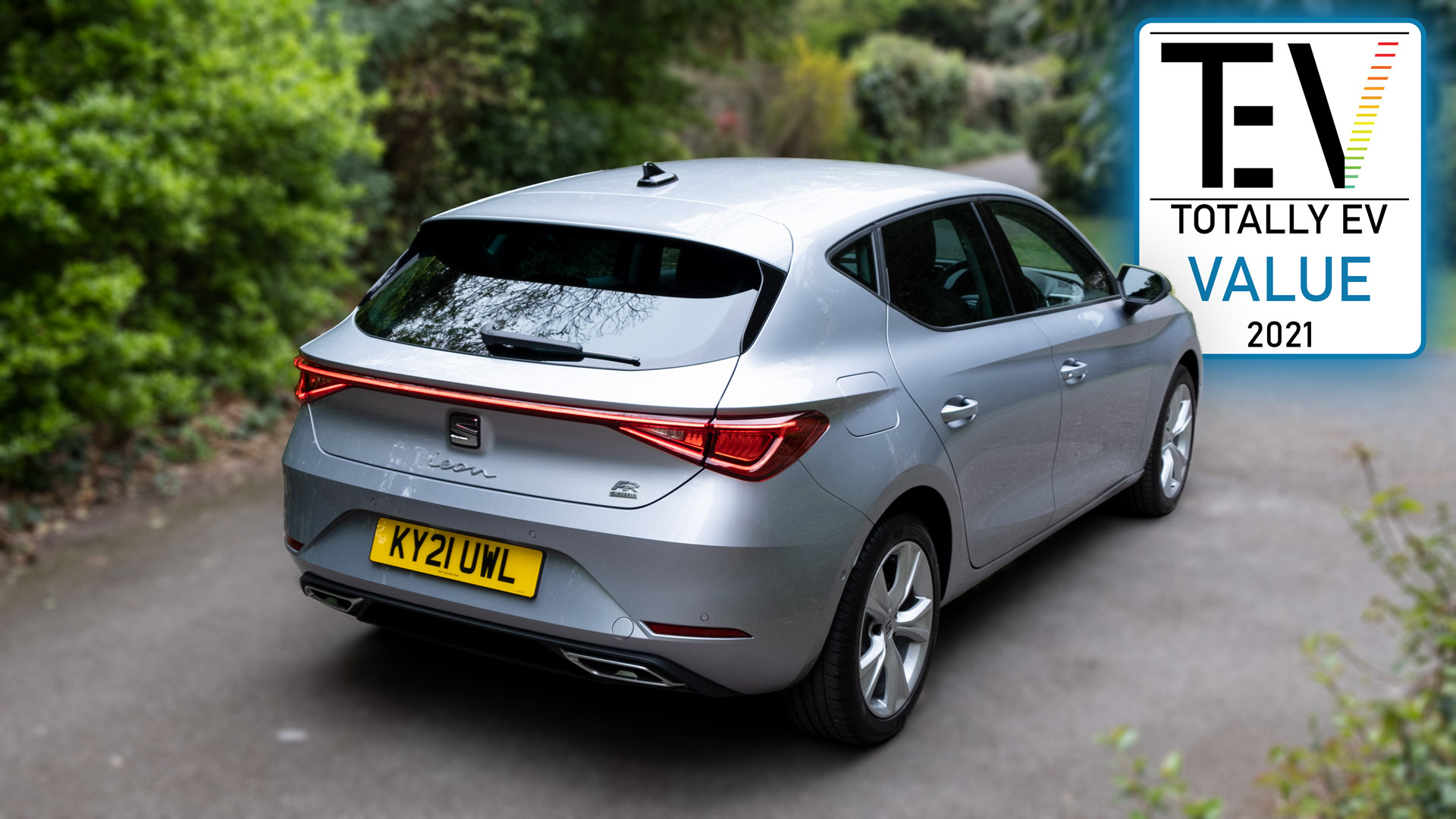 The stock system is far from perfect, however, given its fun sound signature, we feel that most consumers will be pleased with the overall audio reproduction of the speakers comprised within the Seat Leon – as a result, the system receives TotallyEV’s Value award.

If, however, you’re an audiophile, you might want to consider the Audi A3 TFSI e, instead. Not only does the vehicle offer a heightened driving experience from the Seat, but for audio enthusiast has the ability to be fitted with a 15-speaker Bang & Olufsen system. So our question to you is: would you buy the Audi A3 over the Seat Leon for this reason alone? Let us know in the comments section below or via social media; we’re on: YouTube, Instagram, Facebook, Twitter and LinkedIn.