The Porsche Taycan and Taycan Cross Turismo share many similarities, including the various audio systems that are on offer by the German manufacturer. As standard, there’s a 10-speaker 150 Watt configuration. Spend £956 and you’ll get a 14-speaker Bose system that outputs 710 Watts of power – note, the Taycan Turbo and Turbo S come with the Bose system fitted as standard. If that doesn’t quite tingle your senses, there’s the £4,200 Burmester system with 21 speakers and a whopping 1,455 Watts of peak power output.

Having been underwhelmed by the latter system in the Taycan Turbo, we’ll look to see if Bose can do better, albeit being the cheaper alternative.

To tinker with the vehicle’s audio settings, you’ll have to navigate to the appropriate menu on the 10.9″ infotainment system. On the Bose tab, you’ll find a few options, here are our optimal settings:

Much like the Burmester system, it’s rather surprising not to have a multi-band equaliser. Instead, the sub- and mid-bass frequencies are lobbed within the ‘Bass’ EQ, while the mids and highs are grouped within the ‘Treble’ EQ.

In order to connect up to the vehicle’s system, you can opt for a wired or wireless connection over Apple CarPlay and Android Auto. The latter operating system wasn’t supported at launch, but thanks to the Porsche Communication Management (PCM) 6.0 software update we managed to connect our Android smartphone without any issues. Over Bluetooth, both the AAC and SBC codecs are supported, with the former preferable for higher-quality playback.

As for media controls, they can be accessed through the display or via the physical buttons found on the steering wheel – there’s no dedicated previous/next button, where you’ll need to sacrifice the customisable button (diamond logo) in order to have said function at your disposal.

For a demo of the Taycan’s Bose audio system head on over to our YouTube channel.

In terms of the Bose audio configuration, there are 14 speakers in total: two within each of the four doors, three within the dashboard, two in the rear parcel shelf and a subwoofer located in the boot. Note, the subwoofer does marginally eat away from the cargo capacity, whereby underfloor storage is limited.

However, the largest speaker of the Taycan’s audio configuration does do wonders in reproducing low-end rumble. While it’s not as exquisite as the subwoofer in the Burmester system nor the Harman Hardon woofer in the BMW i4 or the Bang & Olufsen speaker in the Audi e-tron GT, it’s extremely adept across the sub-bass frequencies.

Likewise, the quality and quantity of the mid-bass slams in PS Hitsquad’s ‘Guten Tag’ are exquisitely portrayed in the Taycan; ideal for R&B, D&B, EDM and Grime music. If you’re more into classical soundtracks, you might want to reduce it by a few notches via the infotainment system in order to lessen the impact. In comparison to the Burmester system, the Bose configuration does a little better in keeping the mid-bass under control.

Its bass presence is certainly impressive, however, the mids are veiled and pushed back, which is quite surprising given Bose’s pedigree in said department in its consumer products. Both male and female vocals aren’t brought to the foreground and given the inability to independently EQ the mids, it leaves much to be desired. We found the Burmester system also lacked finesse across the mid-range tones, though, was a bit more competent than the more affordable Bose system.

You might be quick to think that the ‘Treble’ EQ can help elevate the recessed mids, but this setting alters both the mids and highs. The latter frequency becomes sibilant and harsh after a multitude of notches are added to the said setting. In our case, we added a singular level in order to get a little extra zing at the top end. Thanks to the dedicated tweeters both at the front and rear of the cabin, the highs extend well.

Given there are 13 drivers within the cabin – remember the 14th is the subwoofer – you’d think the Bose system would be able to produce an engaging and immersive soundstage. Alas, it falls short, much like the Burmester system. Music sounds unidirectional and closed, while its lacklustre instrument separation further degrades the listening experience in Jack Harlow’s single, ‘First Class’.

Now, there are two accessible settings through the infotainment system: Surround and Linear. As the name suggests, the latter makes music even more linear while the former widens the soundstage but also negatively affects the accuracy of the system, namely in the mid-range tones. As such, we’d suggest leaving both options disabled and to accept the system’s inability to compete with other premium configurations such as from Tesla, BMW, Polestar, and Volvo.

On a far more positive note, the Taycan’s cabin is extremely well insulated. Tyre and wind noise were kept down to a minimum, making the vehicle one of the quietest cabins we’ve sat in. Using a sound meter we recorded, 33-34 dBA at a standstill; 48-51 dBA, while driving at 20-30mph; 53-56 dBA, while driving at 40mph; and 68-71 dBA when at 70mph. Note, our tested model didn’t have the £947 ‘acoustically insulated laminated glass’ option fitted, so one can expect even better results.

However, there is a little bit of rattle that can be heard coming from the front of the cabin; we couldn’t pinpoint the problem, but upon looking online it would seem other Taycan owners with keen ears have also noted similar issues. Something to look out for if you’re going on a test drive. 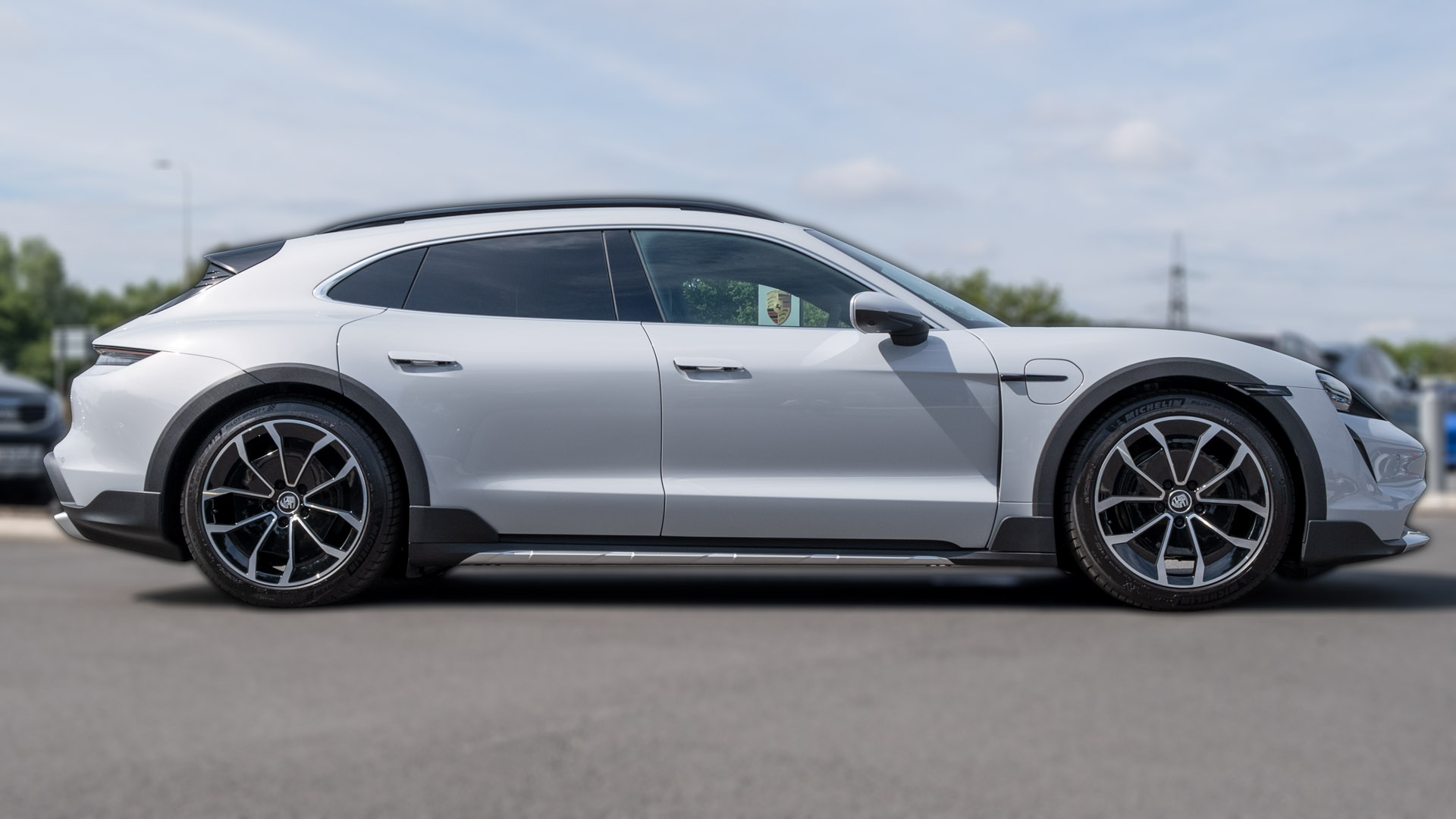 Overall, the Bose system is unsurprisingly the lesser audio upgrade for the Porsche Taycan but does provide better bang-for-the-buck over the Burmester configuration. Indeed, it’s notably better than the stock system due to the increased power output, which is largely thanks to the inclusion of a subwoofer, and gives the Burmester system a good run for its money.

Despite the Bose configuration being our pick of the three available systems in the Taycan, audiophiles might want to consider offerings from Tesla, BMW, Polestar, and Volvo – all of which provide far superior audio experiences.

Audi e-tron audio review: How does the Bang & Olufsen system...