The Honda e is an all-electric hatchback that starts from £27,160, with the Advance trim on review starting from £29,660. Aside from the additional safety features and extra grunt from its electric motor, the Advance trim also comes with an eight-speaker ‘Premium Audio’ system.

The £2,500 upgrade adds a 75W subwoofer and a 45W centre speaker taking total power up yo 376 Watts. By comparison, the standard Honda e has six speakers and outputs 180 Watts of power, only.

For a demo of the Honda e’s audio system head on over to our YouTube channel.

Tech is at the forefront of the Honda e’s interior and exterior design, where the car’s infotainment system is made up of two 12.3″ displays. Through them, one can tailor its audio configuration with ease. Here are our optimal settings:

You’ll also find support for Apple CarPlay and Android Auto, where this will playback audio via USB; we found the latter operating system worked a treat, whereby it’s among one of the best integrations we’ve seen to date. Wireless connectivity can be achieved via Bluetooth, although, the system is limited to the lowest-quality SBC codec, only. 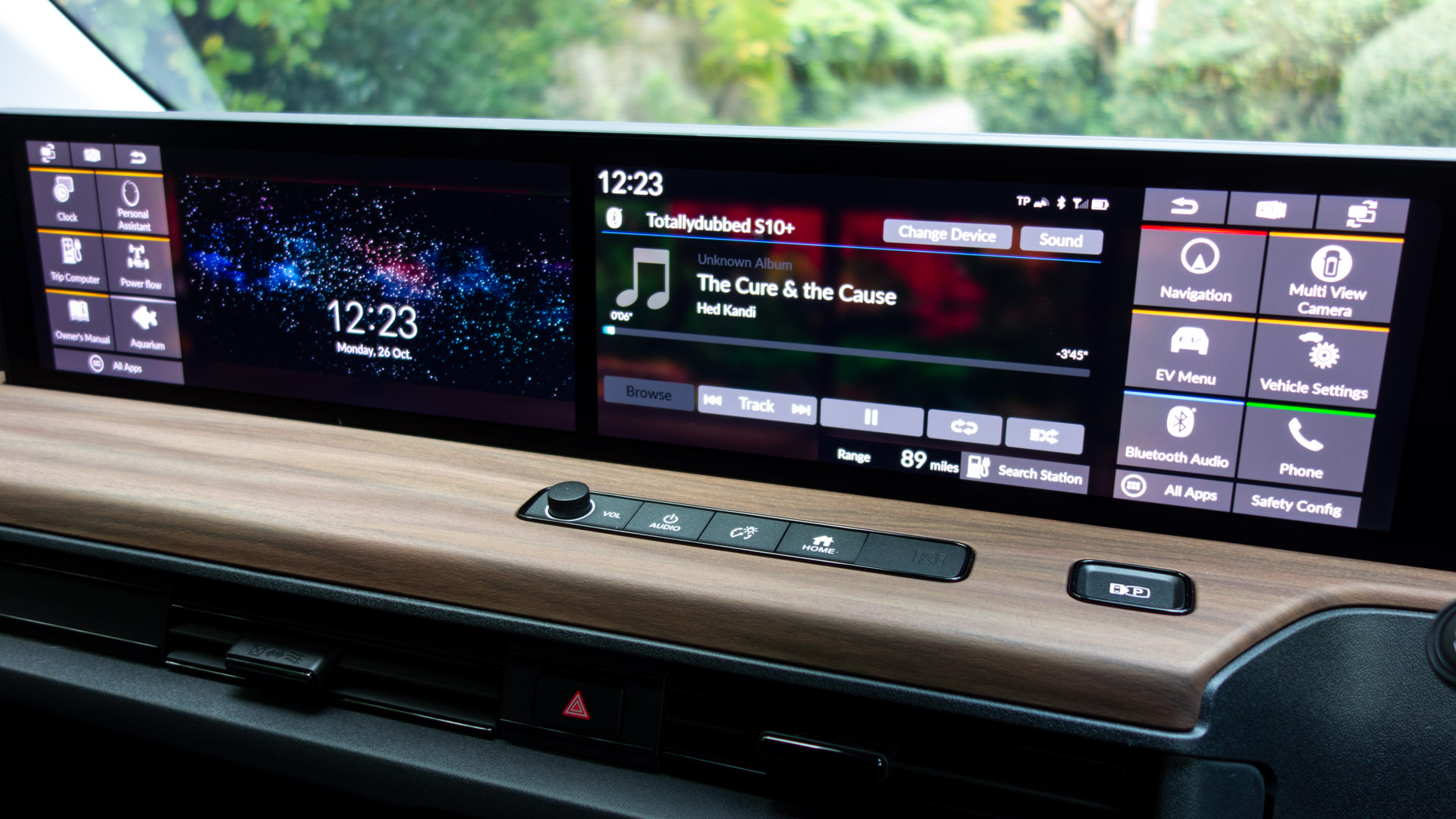 For a demo of the Honda e’s audio system head on over to our YouTube channel.

The addition of a physical subwoofer inside this small-sized cabin has a profound effect across the sub- and mid-bass frequencies. A heart-felt rumble is felt running through the cabin when T-Pain’s classic ‘I’m Sprung’ is played through the Honda’s audio system.

Similarily the mid-bass can be felt with real presence all while remaining perfectly accurate and controlled through more challenging songs. We’d recommend reducing both the bass and sub-bass EQ by one notch, but of course, you might prefer to retain its slightly overpowering bassline.

The highs also provide plenty of excitement at the top-end with excellent extension without the notion of the system sounding harsh or sibilant when cranked up. We would, however, recommended adding two notches to the Treble EQ to get the most out of the system.

The same praise couldn’t be said about the system’s mid-range which is a tad recessed. In Kanye West’s 2006 record, ‘Touch The Sky’, the artist’s voice is a little subdued and is instead dominated by the lively low-end frequencies. Adding anything to the midrange here will taint the overall sound signature and make vocals sound a touch artificial. A real shame as if it had room to be EQ’ed, the mids would come to the forefront and would lead to a more engaging experience.

As for the soundstage, it’s a little lacklustre. Due to the system having a limited number of speakers, the sound lacks a bit of width and depth. Instrument separation could be a little better, too. Had the Honda e Advance come with a few additional speakers (ten or more), we could have seen a class-leading performance here; alas that’s not the case. 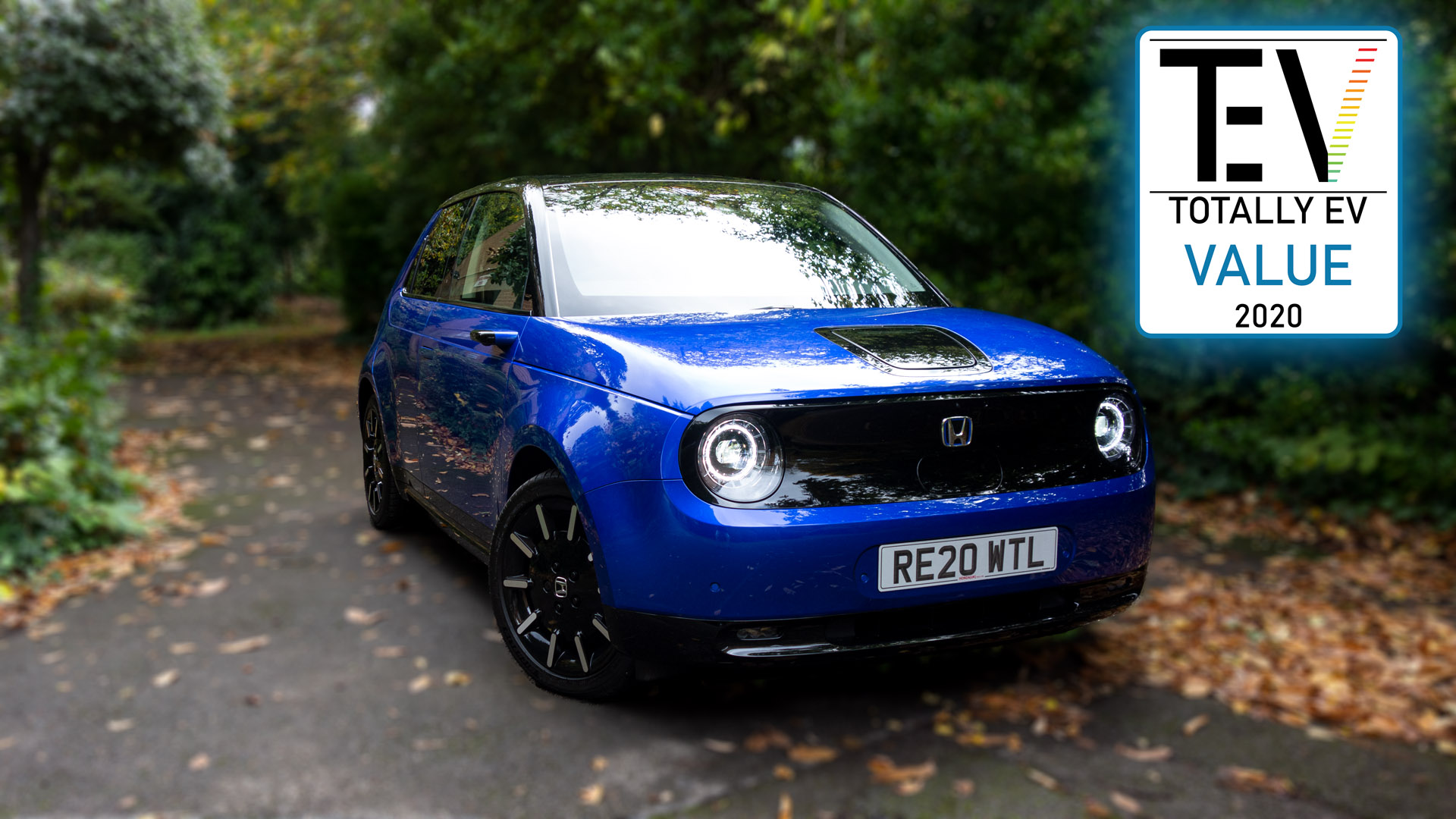 While the Honda e Advance might not have the best mid-range qualities nor an expansive soundstage, it’s otherwise a fun-sounding system. Given the added premium of the vehicle’s trim, we feel it’s worth your while for its sound system alone.

Jeep Renegade 4xe audio review: Should you upgrade to the Kenwood...