The ID.4 is Volkswagen’s first all-electric SUV. It follows on from the ID.3 hatchback, where it shares many similarities to its smaller sibling. In our assessment of the SUV, we found it to be a good all-rounder. However, it failed to stand out over some of its rivals.

When it comes to audio, the ID.4 has a six-speaker system that has a total output of 140 Watts. This comes as standard on all trim levels and cannot be upgraded. The ID.3, however, comes with a 4+1 audio system and can be upgraded to a 6+1 system by opting for the more expensive ‘Tech’ trim. The former omits rear speakers, which we found negatively affects the system’s ability to deliver a wide soundstage.

To tinker with the vehicle’s audio settings, one has to navigate to the appropriate menu on the 10″ infotainment system (12″ if you have the Max trim). Alongside the touch tones and ‘Goodbye sound’ that can be toggled, you’ll find a three-band equaliser – here are our optimal settings:

As for media controls, they can be accessed through the display or via a set of haptic buttons found on the right-hand side of the steering wheel. There’s also a capacitative slider, which is used to adjust the volume, below the infotainment display.

For a demo of the Volkswagen ID.4’s audio system head on over to our YouTube channel.

When it comes to its audio configuration, the ID.4 houses four speakers at the front of the cabin and two at the rear. Indeed, unlike the ID.3 Life, it doesn’t omit rear speakers. However, much like its smaller sibling, the ID.4 doesn’t feature a subwoofer.

Unsurprisingly, this has a knock-on effect on the lower-end frequencies, namely the system’s ability to deliver a pronounced sub-bass response. Blare out Ty Dolla $ign’s ‘Paranoid’ through the vehicle’s six speakers and you’ll notice an inherent lack of extension through the lower frequency range.

On the plus side, its mid-bass presence can be felt at the front and at the rear of the cabin. Here, its speakers, which are located within each of the four doors, dispatch a hearty punch. They can, however, sound a touch uncontrolled and lack that finesse that one might find in more premium offerings.

Given the system’s emphasis on the mid-bass frequency band, its mids are recessed. In Kanye West’s ‘All Of The Lights’ the artist’s voice is pushed back. This becomes even more apparent through the song’s chorus, where Rihanna’s voice is subdued by a progressive bassline and a flurry of instruments that overshadow her vocals.

It does, however, shine through the higher-end frequencies providing plenty of excitement and life to music. There’s a bit more zing at the front of the cabin too – this is thanks to the addition of two extra audio drivers that help separate the frequencies. At the back, however, the wide-band drivers have their work cut out and this has a negative impact on the system’s ability to deliver sparkly highs.

On the subject of extra audio drivers, the ID.4 one-ups its smaller sibling, the ID.3, by providing a more fulfilling sound. Throw in a larger cabin and you’ll be pleasantly surprised by the overall width and depth that the vehicle’s six drivers are able to reproduce. While the SUV’s speakers won’t be able to keep up with more expensive systems out there that provide better instrument separation, it’s still competent at delivering an engaging sound. Indeed, it’s far superior to that of the ID.3, namely for rear occupants, where its 4+1 audio configuration omits rear speakers altogether. 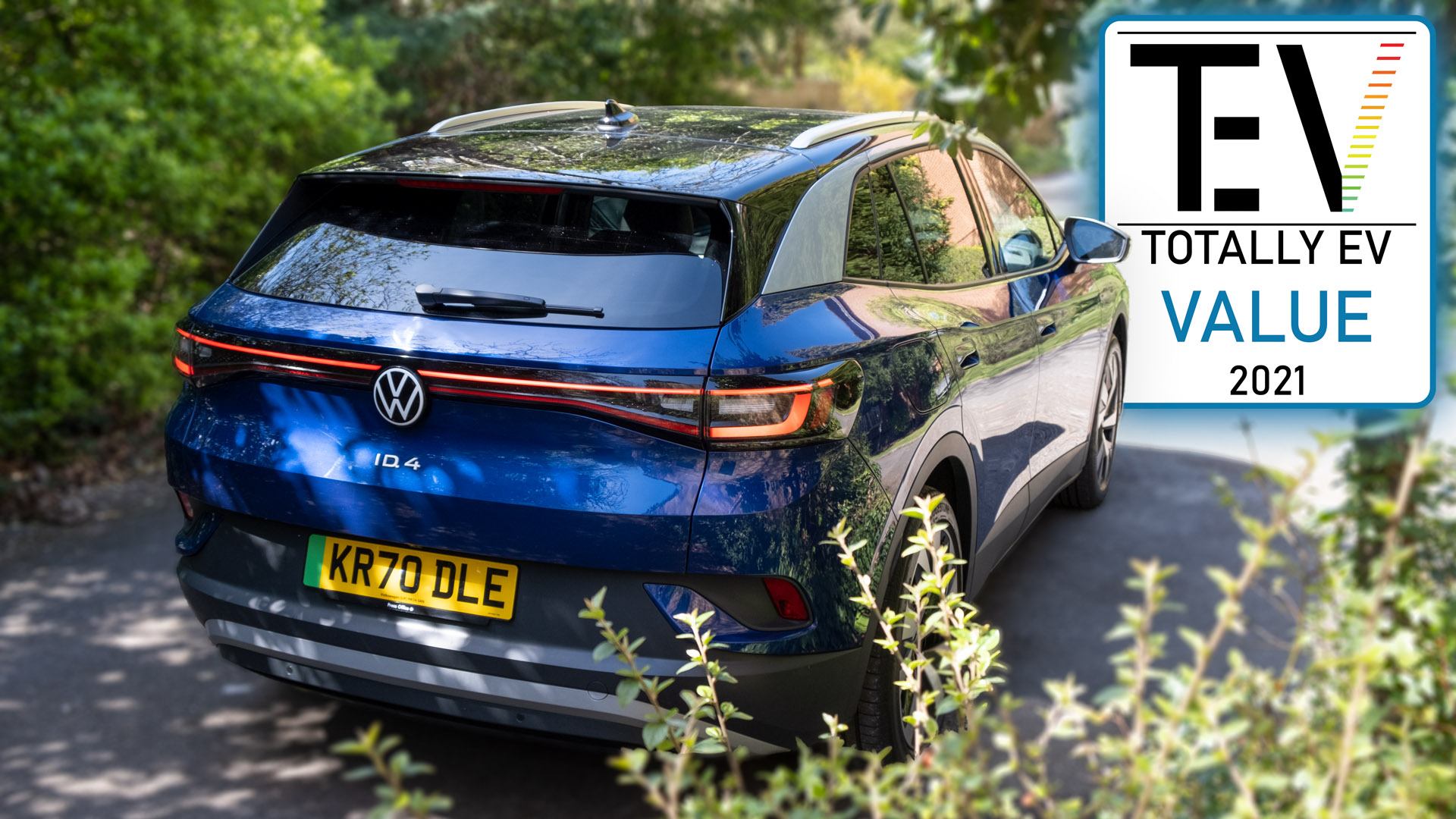 On the whole, the VW ID.4’s audio system fares well across the frequency range. While it’s not got a subwoofer nor much emphasis through the mids, it still delivers a fun sound signature.

For the average consumer, the ID.4 will sound good, namely when pitted against its smaller sibling, the ID.3. However, audiophiles might want to look elsewhere if audio quality is high up on their priority list.

Nevertheless, given the six-speaker system comes as standard on every trim level of the ID.4, it receives TotallyEV’s Value award. What do you make of the system? Let us know in the comments section or via social media; we’re on: YouTube, Instagram, Facebook, Twitter and LinkedIn.