The Porsche Taycan was announced in 2019, where it marked the first fully electric vehicle for the high-performance German automaker. We found the Taycan Turbo to be amongst the best EVs that provide a true driver’s feel. As a result, we awarded it our Performance award. However, it fell short in its all-electric driving range and failed to provide a comprehensive list of standardised features, which meant it missed out on our Best Buy award.

When it comes to audio, the Taycan comes fitted as standard with a 10-speaker 15 Watt system. If you opt for the Taycan Turbo or Turbo S, however, you’ll find a 14-speaker Bose system that outputs a staggering 710 Watts of power; it’s also available as an option in the cheaper trims at £956. Opt for the £4,200 ‘Burmester 3D High-End Surround Sound System’ option, and you’ll get 21 speakers and a peak power output of 1,455 Watts. The latter system is on review.

To tinker with the vehicle’s audio settings, you’ll have to navigate to the appropriate menu on the 10.9″ infotainment system. On the Burmester tab, you’ll find a few options, here are our optimal settings:

Despite being considered as a premium audio system, it’s rather surprising not to have a multi-band equaliser on offer within the audio settings. Instead, the sub- and mid-bass frequencies are lobbed within the ‘Bass’ EQ, while the mids and highs are grouped within the ‘Treble’ EQ.

As for Auro 3D, it’s a way of providing a surround sound effect, however, we find it taints the overall reproduction and creates a fishbowl-like effect. As such, we’d suggest disabling it all together and opting for the ‘Pure’ EQ mode, instead.

In order to connect up to the vehicle’s system, you can opt for a wired or wireless connection over Apple CarPlay and Android Auto. The latter operating system wasn’t supported at launch, but thanks to the Porsche Communication Management (PCM) 6.0 software update we managed to connect our Android smartphone without any issues. Over Bluetooth, both the AAC and SBC codecs are supported, with the former preferable for higher-quality playback.

As for media controls, they can be accessed through the display or via the physical buttons found on the steering wheel – there’s no dedicated previous/next button, where you’ll need to sacrifice the customisable button (diamond logo) in order to have said function at your disposal. 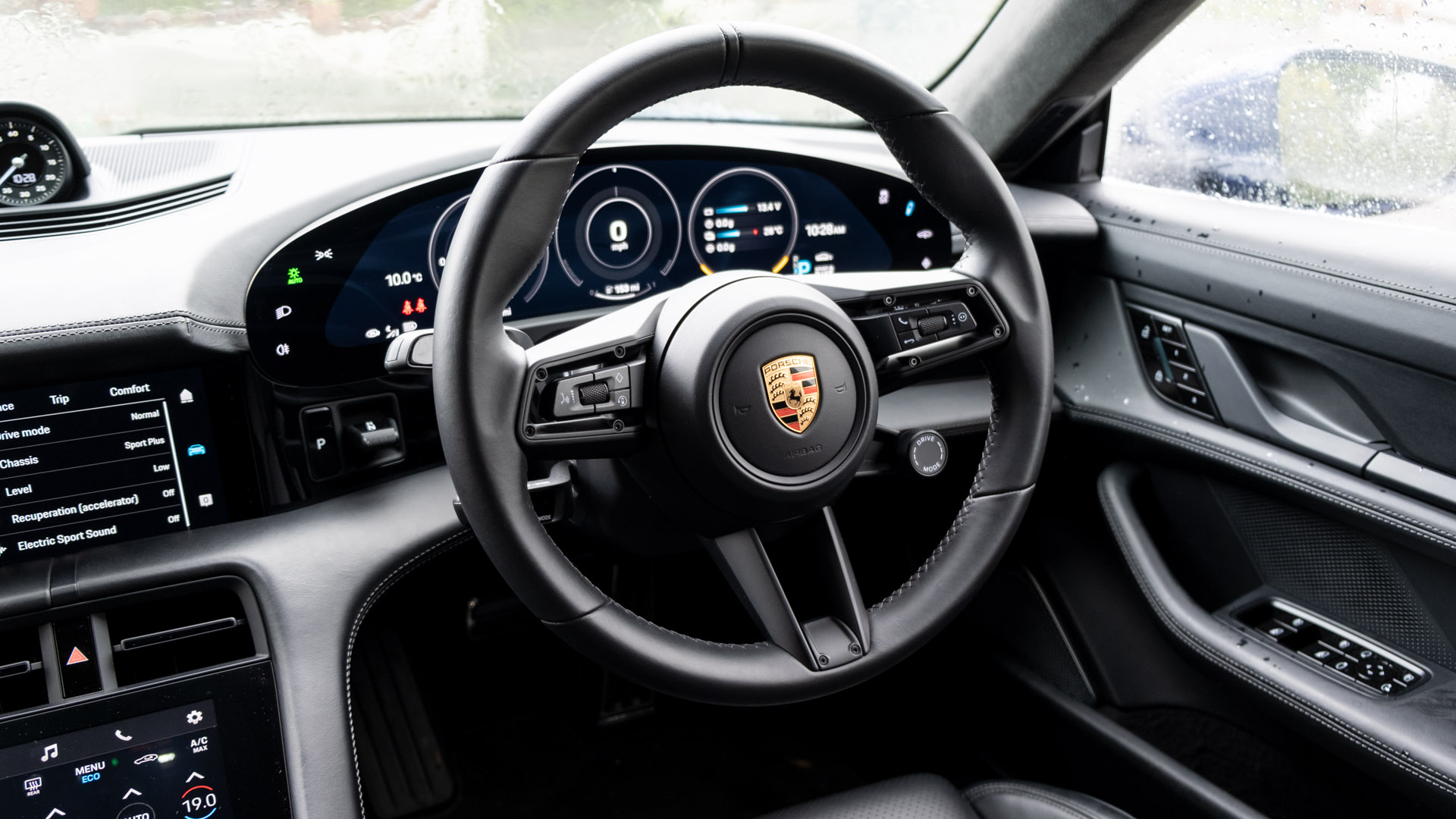 For a demo of the Porsche Taycan’s audio system head on over to our YouTube channel.

In terms of its audio configuration, the Burmester system has 21 audio drivers: two at the centre of the dashboard, two within the extremities of the dashboard, three within each of the four doors, four on the rear parcel shelf and finally, a subwoofer in the boot. The total power of the system sits at a gigantic 1,455 Watts.

400 Watts is delivered by the subwoofer alone, and this can be felt throughout the cabin when 50 Cent’s ‘Outta Control’ smash hit is blaring out. The system’s low-end extension is flawless and no matter where you’re sat in the cabin, you’ll hear the subwoofer driver extend into the lower echelons of the frequency range.

As for the mid-bass, the subwoofer and woofer drivers that are housed within each of the vehicle’s four doors manage to produce a lot of power, especially when you add a few notches to the ‘Bass’ EQ setting. While there’s plenty of quantity, the mid-bass tones are a touch uncontrolled. If you’re listening to bass-heavy tracks and seek perfect precision, you’ll be left a little disappointed. Of course, this is all relative, as the premium system still outperforms most stock systems out there on the market.

Its mid-range reproduction will also fail to satisfy audiophiles. The speakers sound a touch recessed, and given the infotainment system doesn’t provide any dedicated mid-range control, adjusting the ‘Treble’ EQ will also alter the highs. Tune it too far and you’ll be in danger of experiencing a sibilant sound at the top-end.

Add only a singular notch to the ‘Treble’ EQ and you’ll get slightly more forward-sounding mids while also getting a non-fatiguing sound. Here, the highs extend extremely well and provide enough zing to keep your toes tapping to your favourite songs.

Moving onto the soundstage, and yet again it’s disheartening to find that the system doesn’t excel. While the Burmester configuration will do better than most systems out there on the market, we expected the 20 audio drivers comprised within the cabin to outperform the likes of the Tesla Model 3 or Polestar 2 – remember the 21st is located in the boot in form of a subwoofer. Here, the system lacks width and depth, making music sound a little closed. It’s further surprising given the overall size of the cabin, as with lots of audio drivers housed within relatively confined space, one might expect a fulfilling experience.

Of course, you can alter the soundstage reproduction by enabling Auro 3D, where the technology will drastically improve its surround sound capabilities. However, this equally decimates the system’s overall accuracy and further pushes back the mid-range. As such, if you want a reference sound, we’d suggest the ‘Pure’ setting.

While its inherent lack of width and depth can be heard both at the front and rear of the cabin, the system’s ability to separate instruments should be commended. In Calvin Harris and Sam Smith’s ‘Promises’, the Burmester system manages to provide a compelling experience. At the front of the cabin, instruments and vocals are marvellously separated where the location of the drivers combined with their types (tweeters at the front and side, mid-to-full range within the doors) provide an engaging sound. 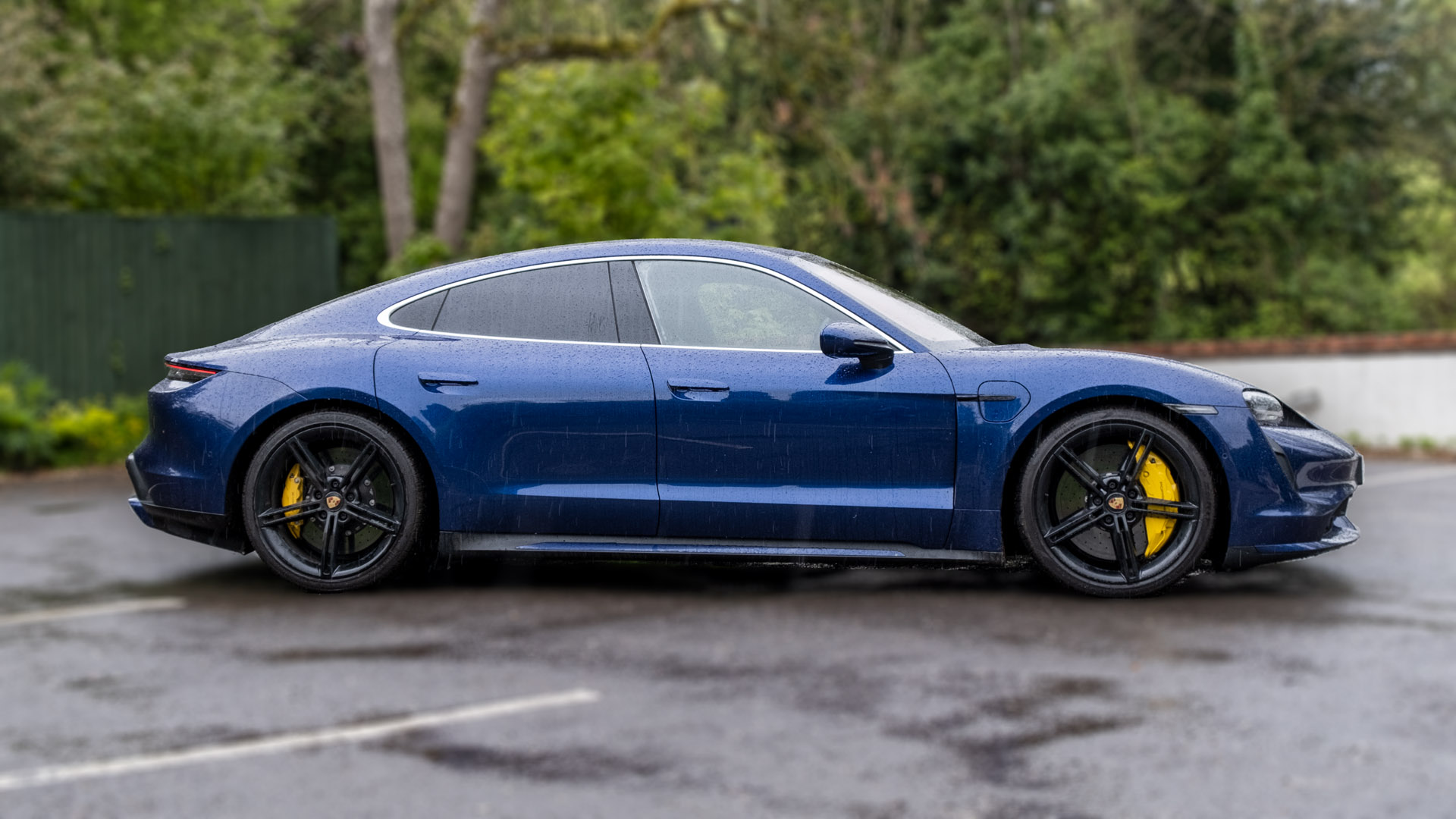 While we’ve been very critical throughout this review, take nothing away from the overall sound reproduction of the Burmester audio system; it’s engaging and will provide Porsche customers with a heightened audio experience over the stock system.

However, considering its £4,200 price tag, we would have expected a near-perfect reproduction across the frequency range and full customisation of the system’s EQ. By comparison, systems comprised within the much cheaper Tesla Model 3, Polestar 2 and BMW i4 outperform the Burmester system in almost every domain.