The Tesla Model 3 is an electric car that has an impressive range and performance, plenty of standardised features and offers a comprehensive infotainment system – it rightfully received TotallyEV’s Best Buy award.

When it comes to audio, there are two systems available: the Model 3 – formerly known as the Standard Range Plus (SR+) – costs £42,990 houses an eight-speaker system with ‘Immersive Sound’. Move up to either of the AWD models – Long Range (LR) at £50,990 and the Performance (P) at £57,990 – and you’ll be treated with a ‘Premium Interior’ package instead. This comprises a 15-speaker audio system with ‘Full Immersive Sound’.

We previously reviewed the premium audio system and found it to be the best-sounding EV on the market. In this review, however, we’ll be concentrating on the RWD’s audio system – does it live up to its more expensive sibling?

To tinker with the vehicle’s audio settings, one has to navigate to the ‘Audio Settings’ tab on the 15.4″ infotainment system. Here, you’ll find a five-band equaliser, where we added 1 dB to the Bass, -0.5 dB from the next frequency, left the following two bands untouched and added 1 dB to the Treble. The balance and fader were centred, while the Immersive Sound toggle was set to ‘Low’.

To connect up to the vehicle’s audio system using your smartphone, you’ll be limited to using Bluetooth only – the USB Type-C ports are for charging only. As Tesla’s infotainment system doesn’t support Android Auto or Apple CarPlay, this is the only way to playback media files from a phone. Here, the system supports the AAC and SBC codecs; it’s, however, a shame that the aptX and LDAC codecs aren’t.

On the plus side, there is the option to plug in a USB drive – must be formatted to FAT32 – where you’ll be able to playback MP3 and higher-resolution files that have been recorded in the FLAC (Free Lossless Audio Codec File) and WAV formats – up to 24-bit 192 kHz is supported. This makes the Model 3 among a finite group of cars that can support higher resolution playback – making it ideal for budding audiophiles. Elsewhere, the entry-level Model 3 has a 30-day trial of Spotify and video streaming platforms, Netflix, YouTube and Twitch.

As for media controls, there are the onscreen touch controls and the physical left scroll wheel on the steering wheel. When pressed it pauses or resumes, and when it’s shifted to the left or right will go back or skip a track respectively. If you roll the wheel upwards or downwards it’ll adjust the overall playback volume.

For a demo of the Model 3’s standard audio system head on over to our YouTube channel.

When it comes to its audio configuration, the entry-level Model 3 has eight speakers in total: one 8″ 80W woofer within the front two doors, three 4″ 33W mid-range drivers within the front cowl (the area between the dashboard and windscreen), a single 1″ 25W tweeter housed at the centre of the dashboard and one 4″ 33W mid-range driver within each of the rear doors. The driver sizes and wattage are unofficial claims – according to data, this would mean the entry-level Tesla has 350 Watts of power, as opposed to the 630 Watts of its more expensive siblings.

You will see, however, speaker grills are present throughout the cabin but have been disconnected in the entry-level Model 3. Indeed, the speakers found on the AWD LR/P models are present at the front of the cabin, whereby a 1″ 25W tweeter is located by each of the side mirrors and a 2.5″ 2W mid-range driver is found on both of the A-pillars. The rear parcel shelf speakers, subwoofer and the two amplifiers are completely omitted in the entry-level Tesla. Why is this of relevance? As part of our research, we found there might be ways to re-enable the front-mounted drivers. Note, this might break your warranty terms and conditions with Tesla, where TotallyEV isn’t responsible for any damages.

Given the omission of the subwoofer in the entry-level Tesla Model 3, it should come as no surprise to learn that the sub-bass tones are cut short, with rumbles in Mario’s song ‘Music For Love’ not coming across as prominently as we’d like. Make no mistake, however, the woofer drivers found within the cabin still do a competent job but are no match for the likes of the AWD Model 3, Kia Soul EV, Volvo XC40 Recharge Twin Pro, Audi e-tron GT and Polestar 2, all of which house a subwoofer in the boot.

On the plus side, the mid-bass is pinpoint accurate. Both in terms of the quantity and quality reproduced throughout this frequency range, we were left extremely impressed – the entry-level model is comparable to the AWD models in this department. However, when it comes to its EQ, we added 1 dB to the Bass EQ in the former model while we reduced it by 2 dB in the latter variant. 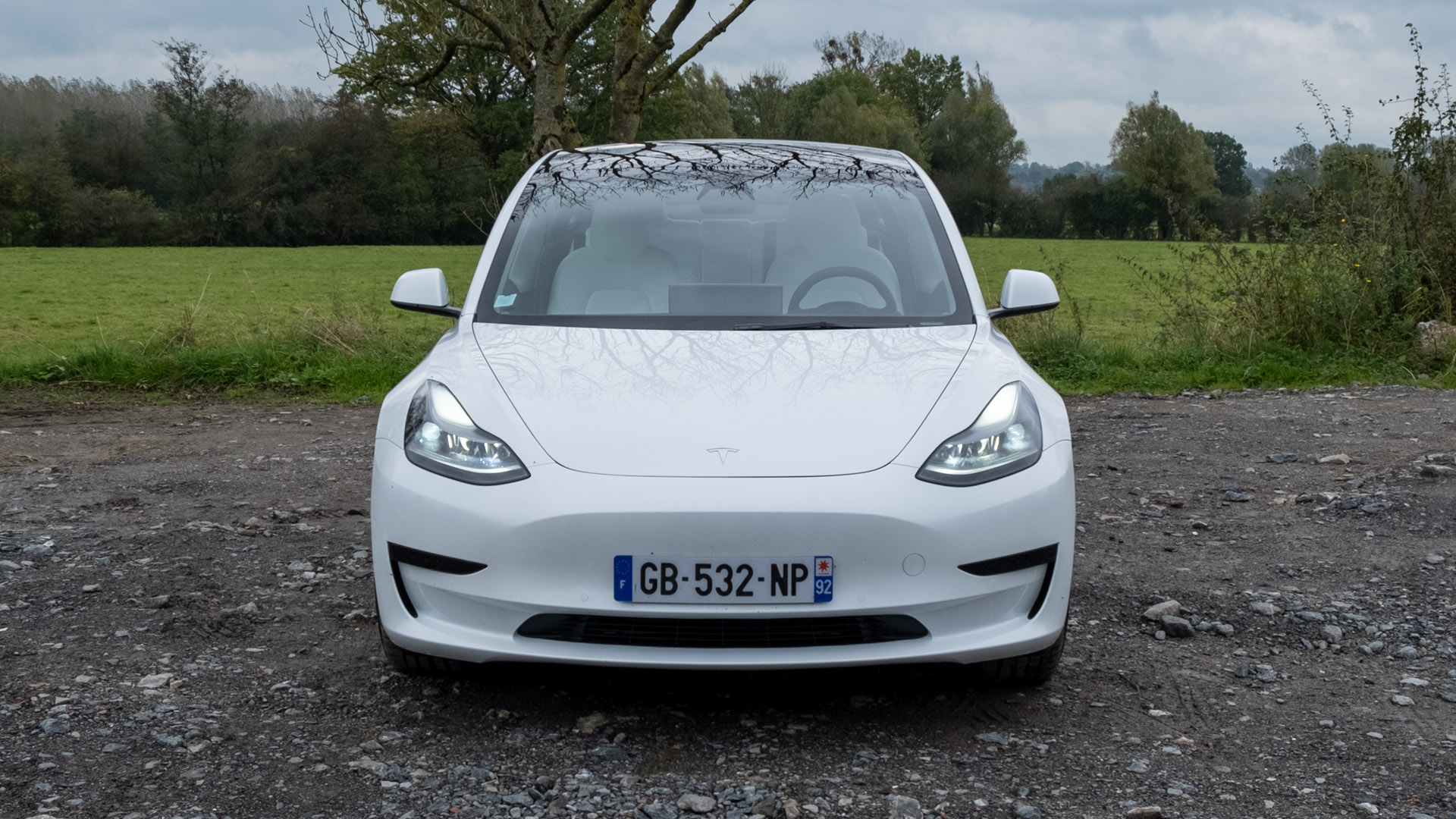 Moving onto the mids, the speakers around the cabin do a stupendously good job. In comparison to the vast majority of its competitors, the entry-level Model 3 sounds superior, especially with vocal tracks. Take Jennifer Hudson’s ‘Spotlight’ for example, the artist’s voice is in the foreground and doesn’t sound pushed back or overly recessed. Nevertheless, the RWD model is no match for the class-leading performance one can experience in one of the AWD models; due to two mid-range drivers missing at the front of the cabin and a further two missing at the rear, it means the mids aren’t as prominent in the entry-level Model 3.

The same could be said about the highs, where the omission of extra tweeters at the front of the cabin result in a more subdued cymbal reproduction. Here, we had to add 1 dB to the Treble EQ, while in the AWD models we reduced this frequency band by 0.5 dB instead. Suffice to say, the highs in the RWD model are still impressive but just won’t give you that same level of sparkle at the top end. 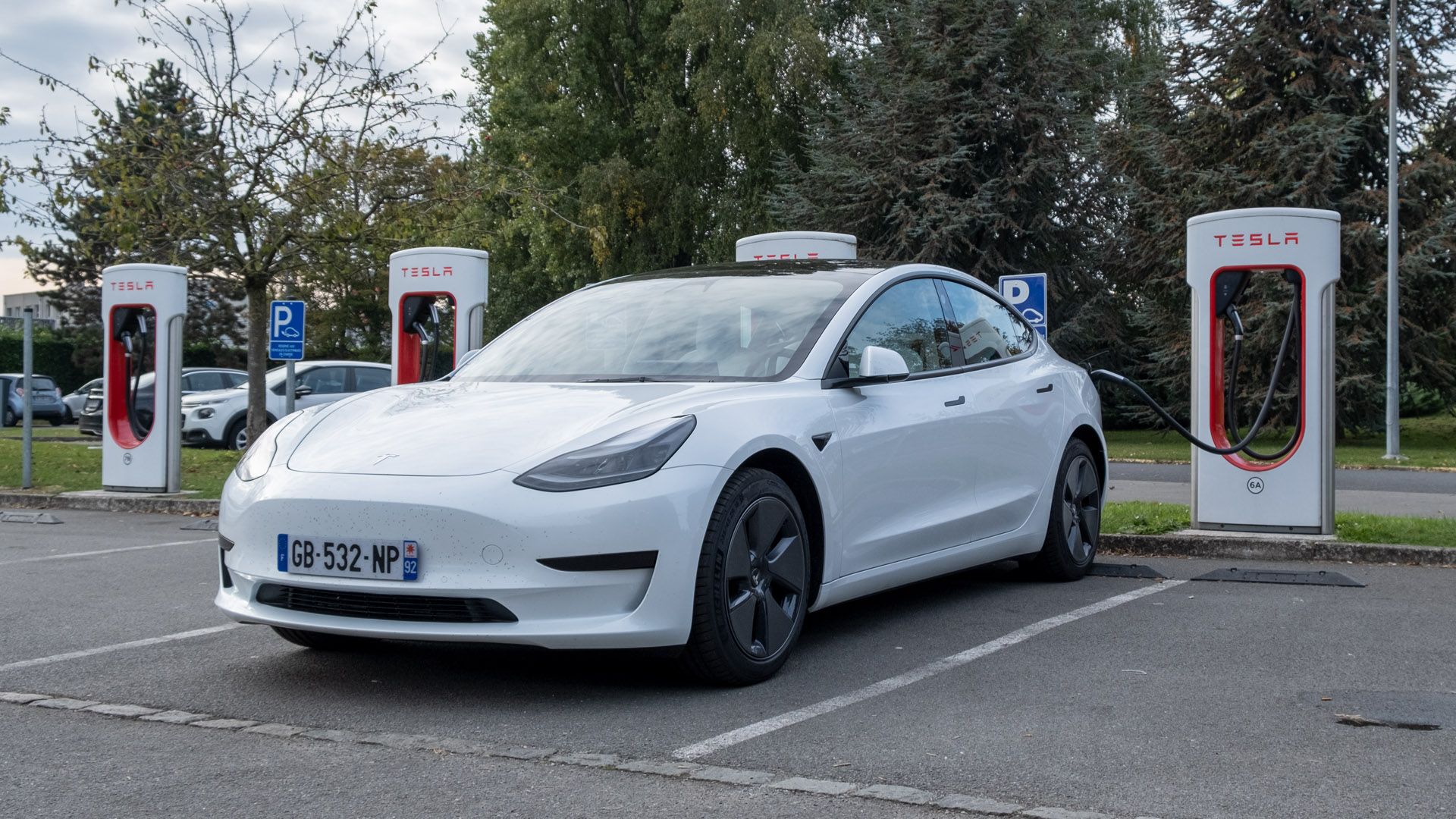 A similar story could be said about its soundstage, which isn’t as impressive as the more expensive variant. Yet again, due to the lower number of audio drivers present (or active) within the RWD model, it results in a lessened width and depth, both at the front and rear of the cabin. One could adjust the ‘Immersive Sound’ to ‘Standard’ or ‘Auto’, but we found these options took away from the mid-range frequency band whereby it reduced the overall accuracy. Nevertheless, on the ‘Low’ setting, we were still left satisfied, especially when pitted against other systems on the market – instrument separation being the real star of the show.

Finally, onto cabin noise, the Model 3 does an excellent job at keeping exterior noise down to a minimum. Using a sound meter we recorded, 35 dBA at a standstill; 48-52 dBA, while driving at 20-30mph; 54-58 dBA, while driving at 40mph; and just 62 dBA when at 70mph. As for when the windows are brought down, the level increases by roughly 12 dBA. This makes the Model 3 one of the quietest cabins we’ve tested to date, sitting toe-to-toe with the BMW iX3. 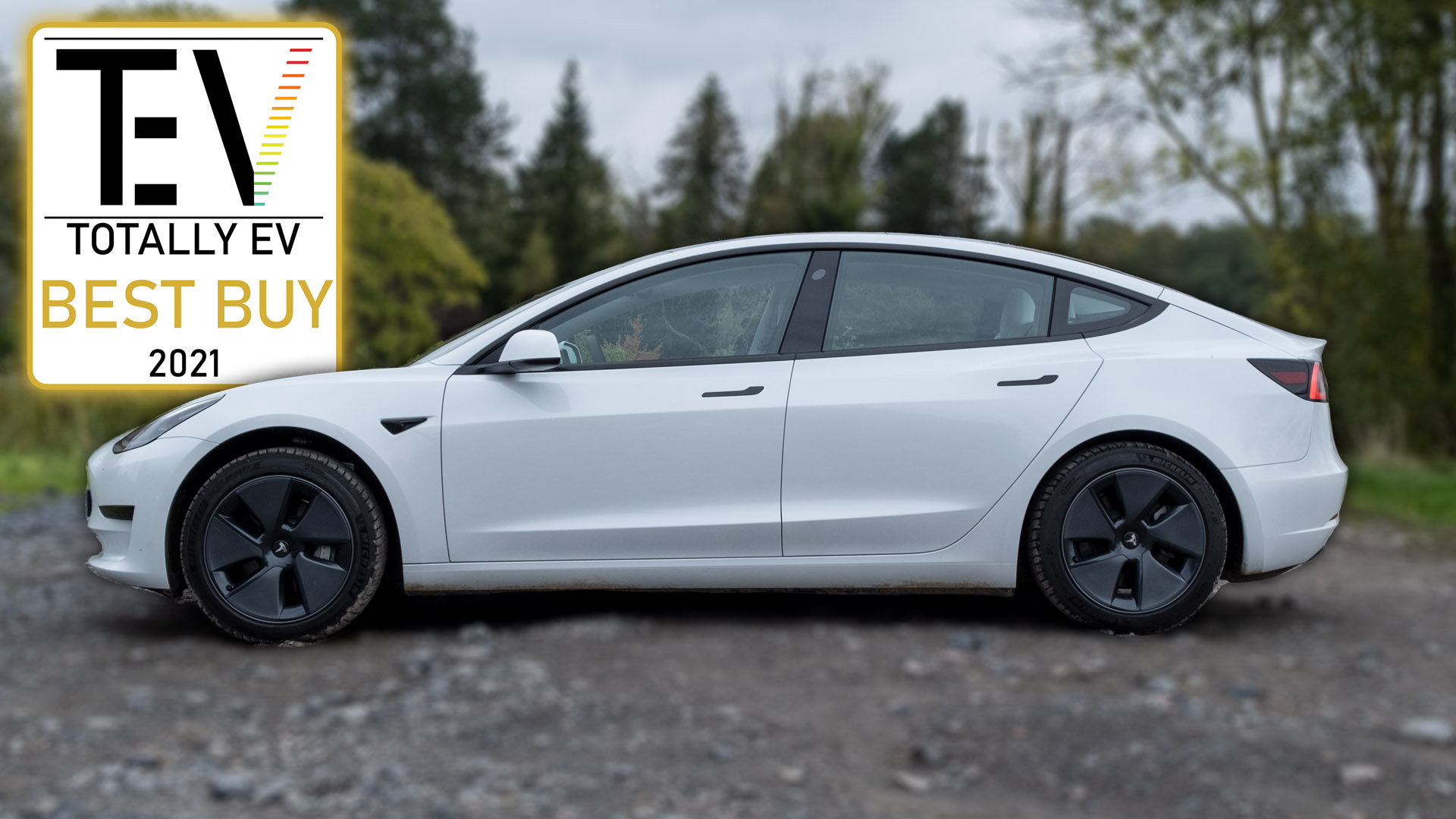 On the whole, the RWD or entry-level Model 3’s audio system isn’t as impressive as its more expensive siblings, the Long Range and Performance models. However, that’s not to say it isn’t impressive, far from it. Across the frequency range, the system excites, and while the RWD’s audio system doesn’t score as highly (9.8/10), it’s still supremely impressive. As such, it receives TotallyEV’s Best Buy award.

How would you compare the standard and premium audio systems in the Tesla Model 3? Let us know in the comments section below or via social media; we’re on: YouTube, Instagram, Facebook, Twitter and LinkedIn.

Jeep Renegade 4xe audio review: Should you upgrade to the Kenwood...