The iX3 is BMW’s first all-electric SUV, which starts from £59,730. We found it fun to drive, luxurious, spacious and feature-packed with clever use of technology. However, the high asking price and lacklustre performance prevented us from giving our outright recommendation, namely over rival EVs.

To tinker with the vehicle’s audio settings, you’ll have to navigate to the appropriate menu on the 10.25″ infotainment system – here are our optimal settings:

*The Treble and Bass settings adjust the appropriate frequency bands, while the 7-band equaliser provides the ability to tinker with the independent frequencies. For example, the three notches added to the 10 kHz band compound with the six additions added onto the Treble EQ, resulting in a nine-step increase.

In order to connect up to the vehicle’s system, you can use a wired or wireless Apple CarPlay or Android Auto connection. If, however, you’d like to connect over Bluetooth, the BMW iX3 supports the SBC and AAC codecs – the latter being the better out of the two.

Read next: BMW X2 audio review: Should you get the Harman Kardon system?

For a demo of the BMW iX3’s audio system head on over to our YouTube channel.

In terms of its Harman Kardon audio configuration, there are sixteen speakers dotted around the cabin; these are as follows:

Despite the plethora of audio drivers, there’s no subwoofer in the boot like you’d find in the Kia Soul EV, Volvo XC40, Tesla Model 3 or Polestar 2, among a few others. As a result, the sub-bass tones are cut short and don’t fully extend into the lower echelons of the frequency range. Put on Trey Songz ‘Jill’, for example, and you’ll hear the shortcomings of the system.

However, its mid-bass presence and control are faultless. Throughout the aforementioned song, the front bass speakers deliver a punch that can be heard and felt throughout the cabin. Given the EQ control, one has in this frequency range, you can also tune the system to fulfil your bass cravings. We only added a few notches as we felt Harman Kardon’s tuning was a little conservative for our liking – of course, that’s subjective and truly depends on your music taste.

As for the mids, they are ever so slightly recessed. For example, in Charlie Puth’s hit single, ‘Attention’ the vocals aren’t as forward as we’d like them to be and yet, the midrange drivers at the front and rear of the cabin provide enough energy to allow the artist’s voice to still be heard and differentiated over the other frequencies. One could EQ the mid-range further than we have through the infotainment, but doing so will detract from the overall accuracy of the system.

The same couldn’t be said about the highs, as adding a significant chunk to the Treble EQ doesn’t take away from the pinpoint accuracy of the tweeters. Despite the heavy EQ, cymbals come across eloquently and don’t sound harsh or sibilant either – they’re just perfect, at least to our ears. 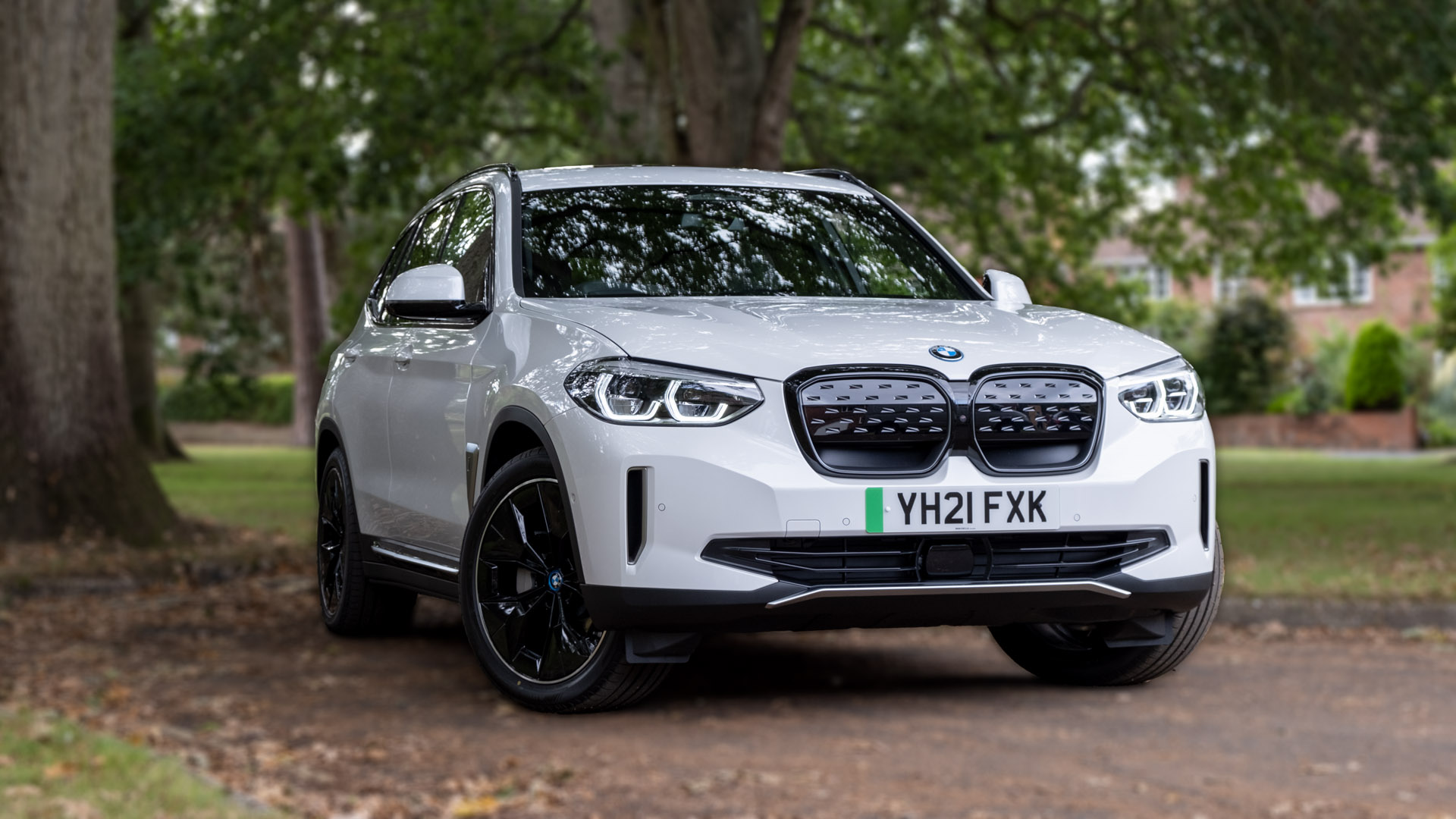 Moving onto the soundstage, it’s a bit of a mixed bag. See, without the Logic 7 Surround option enabled through the infotainment system, the speakers lack width and depth; but with it switch on, there’s a slight reverb. As such, if you want a reference sound, you’ll need to sacrifice the overall soundstage by having the option disabled. We suspect, however, that most will want the option on, as it truly betters the audio reproduction. Here, if you reduce the ‘Surround’ EQ by just one notch, the reverb is kept to a minimum while preserving that much-needed spacious sound. Indeed, as audio enthusiasts ourselves, even we prefer having the option enabled.

With that in mind, the soundstage does a stellar job. Instrument separation, tonality and imaging (minus the slight reverb) are all excellent. We sense many will be pleased with the overall reproduction, and better still, thanks to the numerous audio drivers within the cabin all five occupants will be entertained.

Finally, the BMW iX3 provides class-leading cabin insulation, where tyre and wind noise are kept to a minimum. Using a sound meter we recorded, 35 dBA at a standstill; 52 dBA, while driving at 20-30mph; 57 dBA, while driving at 40mph; and just 62 dBA when at 70mph. The latter figure is seriously impressive and is among the lowest figure we’ve recorded to date at this speed. For example, the Mercedes EQA sits at 69 dBA, the Skoda Enyaq iV at 70 dbA, and the Audi Q4 e-tron at 71 dBA.

As for when the windows are brought down, the level increases by roughly 14 dBA; this shows that BMW’s acoustic glazing that comes included in the Premier Pro/M Sport Pro models, bolsters the passive noise isolation of the iX3. 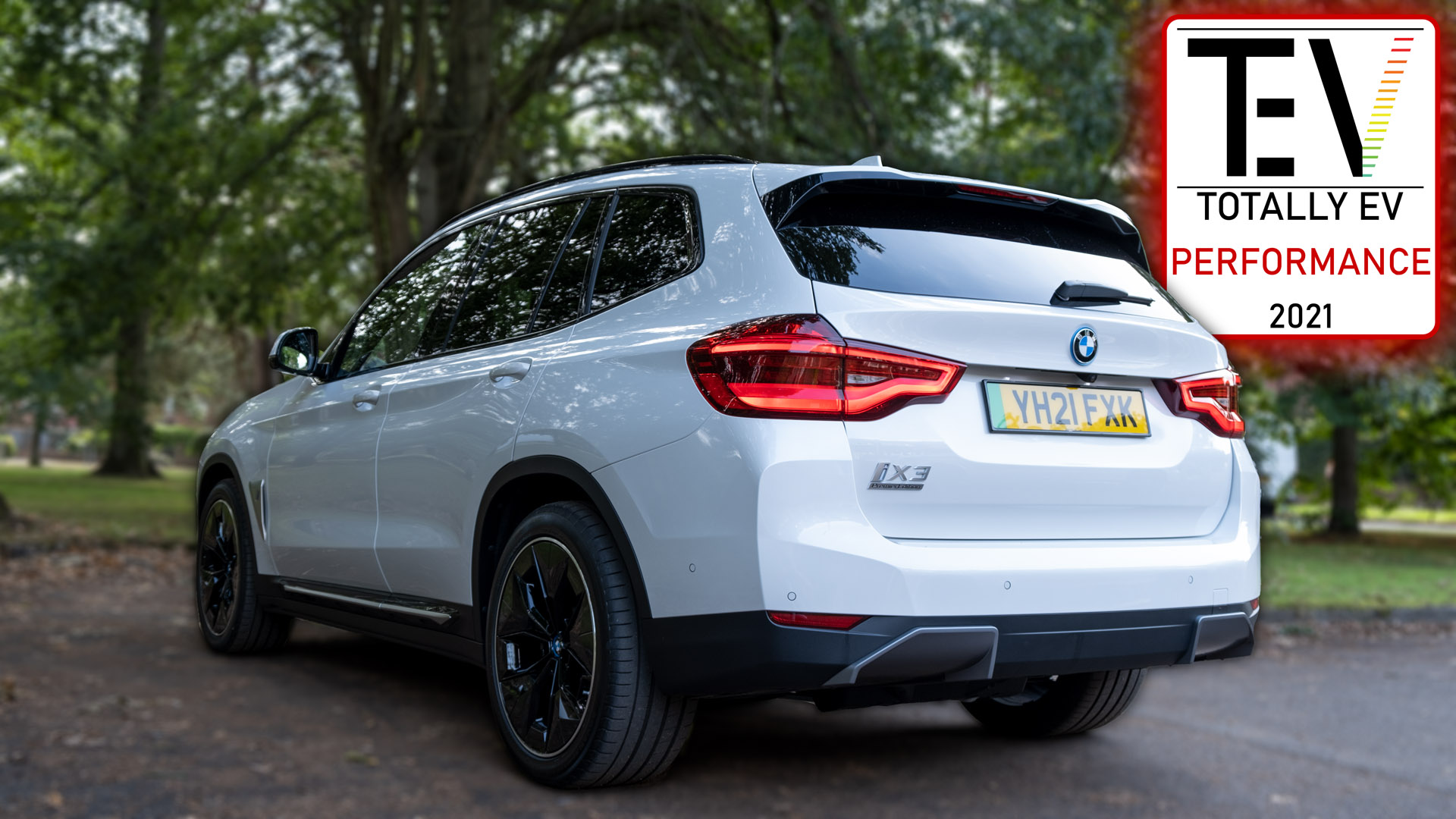 Read next: Mercedes EQA audio review: Do you need to upgrade?

On the whole, the iX3’s Harman Kardon audio system is spectacular. It’s powerful across the frequency range, can be tailored to your liking through a comprehensive EQ found on the infotainment system, and is included as standard in the Premier Pro/M Sport Pro trims.

Given the Pro models come in at a £3,000 premium over the base model, we can easily see ourselves recommending the upgrade for the audio system alone; going from 100 Watts to 600 Watts and having better passive noise isolation will better the driving experience. Of course, within the Pro trims a whole host of other features also come included – such as the excellent Head-up Display, front lumbar support, and Adaptive LED headlights, to name just three out of the ten additions over the stock trim.

It is, however, unfortunate, that the BMW iX3 doesn’t feature a subwoofer and has a slight reverb with the Logic 7 Surround mode enabled. For these reasons, it misses out on our Best Buy award but attains TotallyEV’s Performance award instead.

Would you slash out to get the more advanced audio systems found within the AMG Premium Line? Let us know in the comments section below or via social media; we’re on: YouTube, Instagram, Facebook, Twitter and LinkedIn.