The Audi Q4 e-tron is a premium all-electric SUV that starts from £40,750. We found it to be a better alternative to the Mercedes EQA, however, it failed to provide more range than the Skoda Enyaq iV and didn’t manage to keep up with the Volvo XC40 Recharge Twin Pro in terms of performance.

When it comes to audio, the Q4 e-tron comes as standard with an eight-speaker configuration that outputs 180 Watts. Should you wish to upgrade, the German automaker offers a 10-speaker Sonos system that outputs 580 Watts; this comes as part of the £1,295 Comfort and Sound pack, which also adds a reversing camera, Parking System Plus (virtual driving path with front and rear sensors), and adaptive cruise control with speed limiter.

On review is Sonos’ first in-car audio system, and no, you can’t use the vehicle as part of your Sonos multi-room setup!

To tinker with the vehicle’s audio settings, one has to navigate to the appropriate menu on the 10.1″ infotainment system. Alongside the touch tones and vehicle settings that can be adjusted, you’ll find a three-band equaliser and a few surround-sound options – here are our optimal settings:

Much like the B&O system in the Audi e-tron GT and the Burmester one found within the Porsche Taycan, the Sonos audio system does not feature independent mid- and high-frequency adjustments. Instead, any changes to the ‘Treble’ EQ will result in both of the frequency bands being affected. Thankfully, the mid- and sub-bass tones can be adjusted independently, thanks to the ‘Bass’ and ‘Subwoofer’ EQ settings that are availabe.

As for ‘Panorama’, it taints the overall sound reproduction and creates an odd reverb around the cabin. As such, we’d suggest disabling it all together in order to attain the most accurate sound reproduction. Of course, you might prefer to have a less accurate reproduction in favour of a wider soundstage, so it’s up to consumers to adjust the EQ setting where they see fit.

As for media controls, they can be accessed through the display or via a set of physical-turn-touch based buttons located on the steering wheel. There’s also a partially touch-sensitive circular pad found by the centre console. We’re particularly fond of the latter control wheel, as it’s intuitive and well-placed for both the front occupants.

Read next: Mercedes EQA audio review: Do you need to upgrade?

For a demo of the Audi Q4 e-tron’s audio system head on over to our YouTube channel.

Given the addition of a subwoofer, the Sonos system provides some grunt at the low-end, however, surprisingly doesn’t extend past that 30Hz region. Make no mistake, one can hear the driver working in the background, namely with a few additions to the dedicated subwoofer EQ, but in comparison to systems that also feature a subwoofer, such as the ones found in the Volvo XC40, Kia Soul EV, Audi e-tron, or even the Audi e-tron GT, the Sonos subwoofer fails to prologue that sub-bass rumble.

Much of the same can be said about its mid-bass impact, which is a tad disappointing. There’s a lack of control and to a degree, presence across the frequency band. Listening to Omarion’s ‘I’m Up’, for example, we found the system lacked conviction in the lows; even with a few notches added onto the ‘Bass’ EQ. This might, however, be due to our expectations of a near-perfect low-end response; we’ve previously been impressed by Audi’s collaboration with Bang & Olufsen, where the low-end has been almost faultless – the e-tron GT, for example, excels in this department.

As for the mids, they’re also not on par with other systems out there that produce a more engaging reproduction; for example, the Mercedes EQA’s stock nine-speaker configuration provides a surprisingly forward sound reproduction across the entire mid-range frequency band. It should be noted, however, that other audio systems from Audi haven’t swooped us off our feet either, but one might have expected better from the Q4 e-tron’s Sonos system. The problem, in part, might be down to the lack of a dedicated mid-range EQ. As mentioned above, the ‘Treble’ setting adjusts both the mid and high frequencies; whereby adding too much to the setting will result in a sibilant sound at the top end. 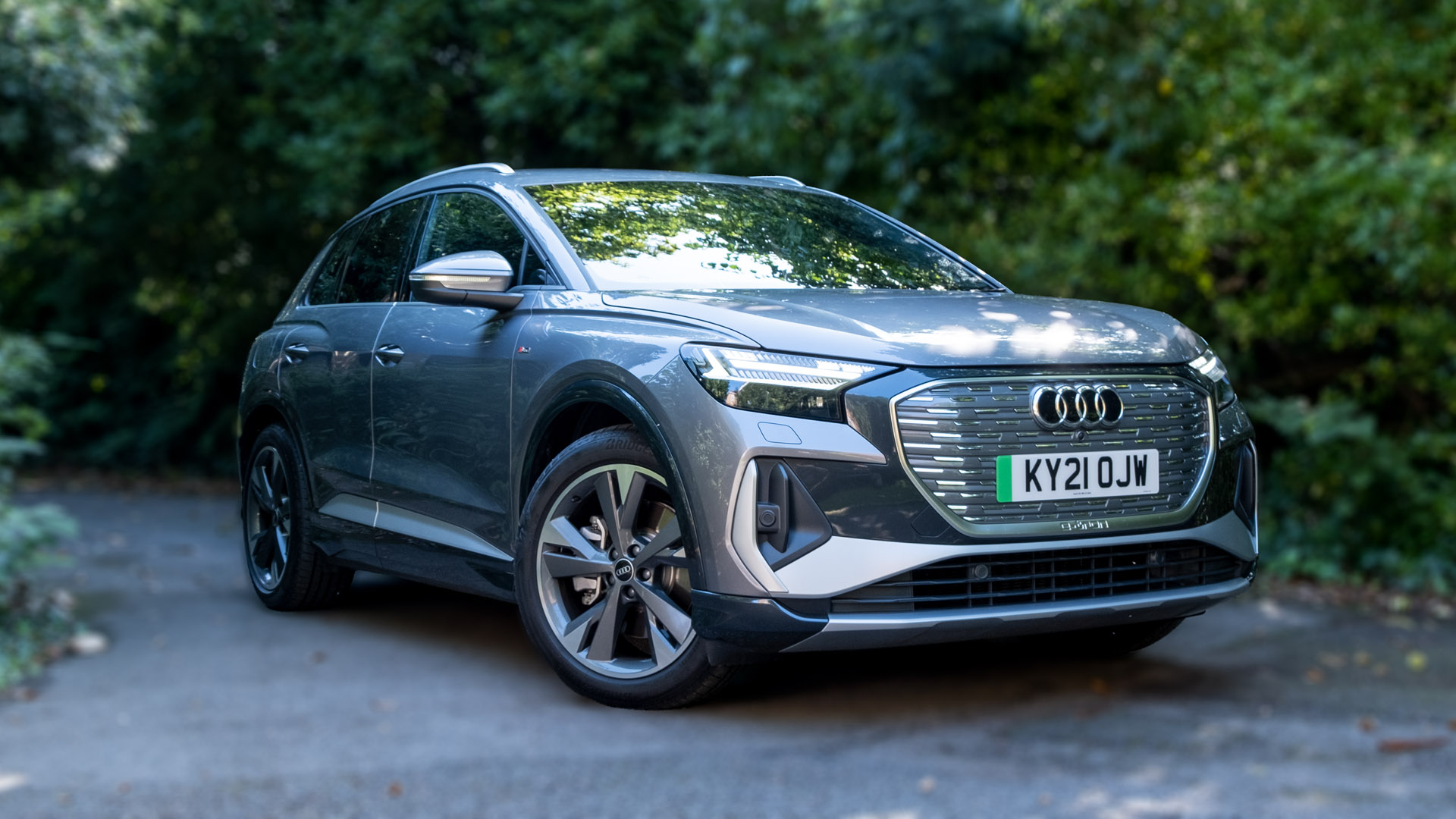 Speaking of which, the highs are done to perfection, both at the front and rear of the cabin thanks to the inclusion of a dedicated tweeter for each of the vehicle’s four main occupants. Indeed, the system extends well at the top end and by not adding much to the EQ setting, you’ll have plenty of energy and zing added to your music.

Moving onto the soundstage, the Sonos system provides an engaging and fulfilling sound reproduction. At the front of the cabin, the five audio drivers provide excellent instrument separation, while the four at the back, fill the cabin full of sound. Arguably the only means of improving the soundstage would have been to add more audio drivers throughout the cabin, namely at the back (such as on, or next to, the parcel shelf).

Finally, onto cabin noise, the Audi has good passive noise isolation, however, when driving you’ll hear a bit of road noise creep into the cabin and might hear some wind noise deflecting off the A-pillars; the tested model had the acoustic glazing option fitted, which aims to reduce environmental noise. At a standstill, we recorded 36 dBA; driving at 20-30mph, 54 dBA; driving at 40mph, 58 dBA; and at 70mph, 71 dBA. As for when the windows are brought down, the level increases by roughly 10-12 dBA. 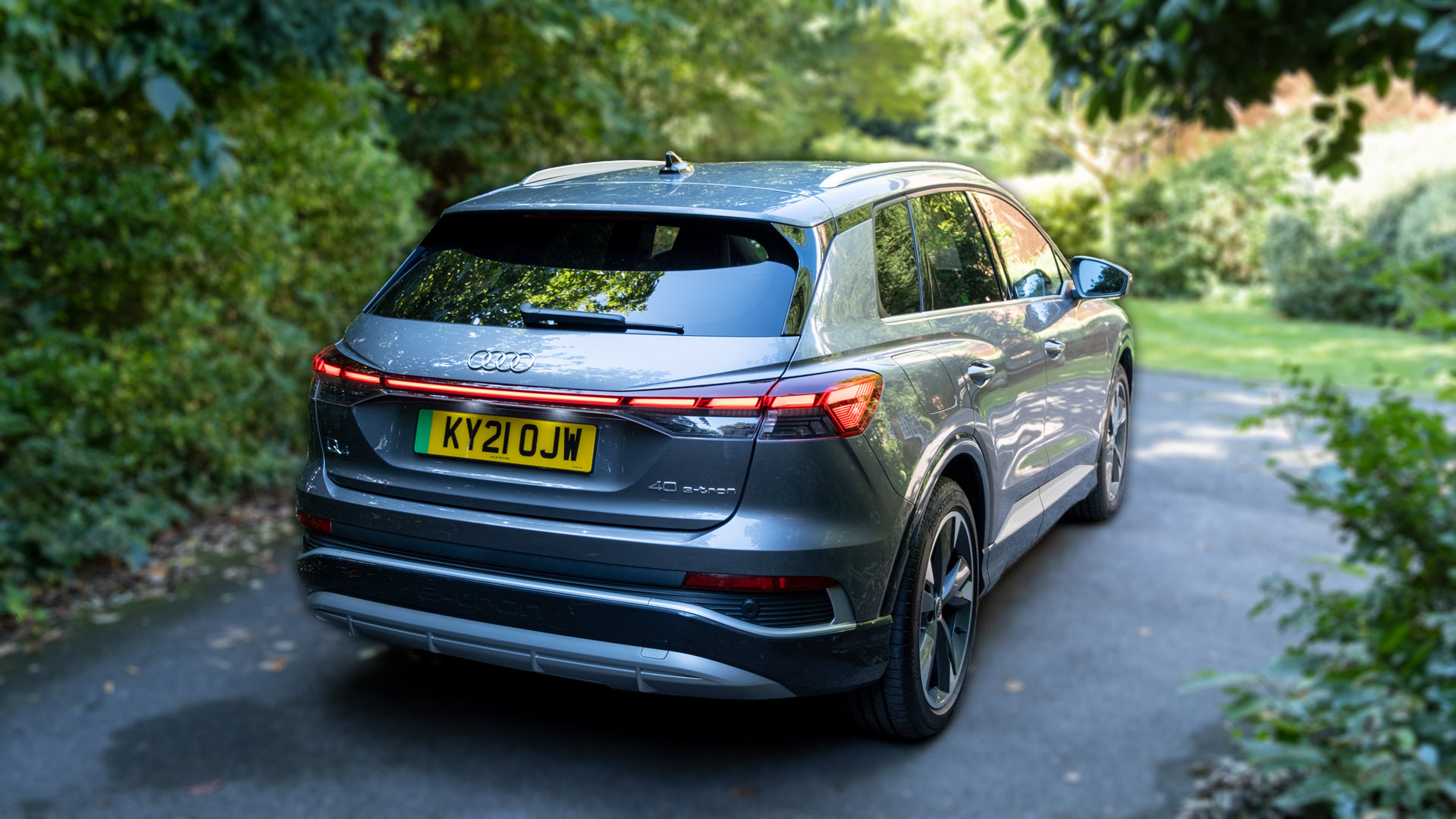 On the whole, Sonos’ first in-car audio system isn’t too shabby. It provides an engaging sound reproduction while excelling in the highs. However, the lack of a mid-range EQ, combined with its somewhat lacklustre low-end reproduction makes the configuration a tad disappointing over what Mercedes and Volvo offer to its consumers.

Then, add in that other vehicles from the Volkswagen Group, such as the Skoda Enyaq iV and VW ID.4, also offer competent audio systems as standard, and it makes you wonder if the Comfort and Sound Pack is worth its asking price for the Sonos system, alone.

So, would we recommend spending £1,295 for the Sonos system alone? Probably not, but considering the other inclusions the pack comes with, it might be a worthwhile investment if you simply want to bolster the overall driving experience and have a sound system thrown in as an additional extra.

Of course, these are our own subjective opinions on the Sonos audio system, so we’d love to hear your thoughts in the comments section or via social media; we’re on: YouTube, Instagram, Facebook, Twitter and LinkedIn.