The Audi e-tron is available in different model configurations, we reviewed both the original e-tron and the tri-motor e-tron S. Despite the latter variant costing significantly more, both vehicles house the same stock 10-speaker audio system that outputs 180 watts of power. By opting for the £1,895 ‘Comfort and Sound Pack’ or opting for the Vorsprung trim, one gets the Bang & Olufsen system that outputs 705 Watts through its 16 speakers.

To tweak the audio settings, one can navigate through Audi’s comprehensive 10.1″ infotainment system to find a dedicated Sound menu. Here are our optimal settings for both the e-tron S and in brackets, the ones used for the regular e-tron:

It’s rather disappointing that the mids and highs are bundled into a singular category. Any adjustments made to the ‘Treble’ EQ will alter both the mid and high frequencies.

To up to Audi’s MMI system, both Android Auto and Apple CarPlay are supported over a wired or wireless smartphone connection. If you’d prefer to connect over Bluetooth, the SBC and AAC codecs are supported only.

For a demo of the Audi e-tron’s audio system head on over to our YouTube channel.

It should therefore come as no surprise to learn that the system is capable of reproducing a hefty low-end response. In DJ Khaled’s 2017 single titled,‘I’m the One’ both the sub- and mid-bass tones are pronounced. The former extends well by providing an extended low-end rumble while the latter is controlled and at the forefront of the vehicle’s sound signature. Indeed, the B&O system will excite any type of listener with its low-end prowess.

However, the same couldn’t be said about its mid-range. It’s recessed, pushed back and isn’t at the foreground of the Audis’ audio reproduction, resulting in vocals sounding drowned out. Taking Tuxedo’s ‘2nd Time Around’ as an example, the lower-end tones come to overshadow the artists’ voices.

Now one might be quick to ramp up the ‘Treble’ EQ through the infotainment system, but doing so will also alter the already-zingy highs. It is, yet again, rather disappointing to see both the mids and highs lobbed into a singular EQ control. Had this not been the case, the mids might have come out sounding better thanks to independent adjustments from the highs. Alas, one has to make do with a V-shaped sound signature. On the plus side, the higher frequencies extend well. Better still, without too many notches added onto the ‘Treble’ EQ, they aren’t harsh nor sibilant at the top-end, even at louder volumes.

As for instrument separation, the 15 speakers within the cabin (remembering the 16th is the subwoofer) work in unison to provide an engaging sound. In Tuxedo’s track, the separation of the keyboard, vocals and guitars are all faultless. No matter where you sit in the cabin, you’ll get a sense of disparity between the frequencies.

Width and depth, however, aren’t as perfect with the e-tron’s sound system lacking quality in both domains. Despite the SUV having a sizable amount of audio drivers within the cabin, they fail to give music a sense of openness, rather, it’s a tad closed sounding. 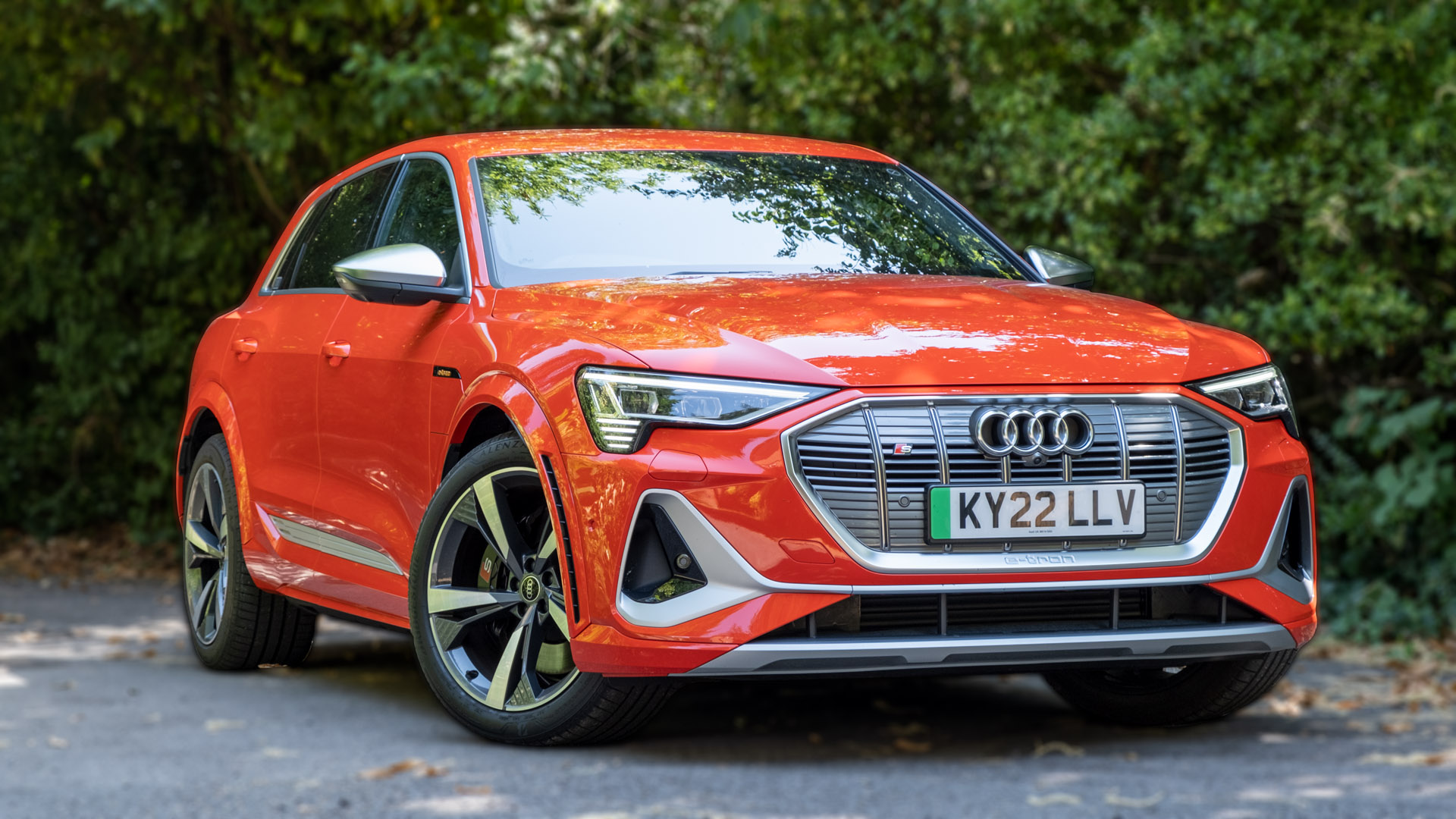 To counteract this, you might want to adjust the ‘3D Sound’ and ‘Surround’ settings in the infotainment system. When adjusted, both add a sense of openness, however, also detract from the overall accuracy by giving you that fishbowl effect. In our case, we found that leaving the ‘Surround’ level at zero or as close to it as possible, and the ‘3D Sound’ at Low produced the most desirable sound – the latter set to ‘Off’ gives a more uni-directional sound.

Aside from its sound reproduction, the Audi e-tron and e-tron S have one of the quietest cabins we’ve tested to date; there’s very little wind noise and tyre noise that creeps in. Using a sound meter in the S variant we recorded, 34 dBA at a standstill; 48-51 dBA, while driving at 20-30mph; 51-54 dBA, while driving at 40mph; and 62-64 dBA when at 70mph.

Those are insanely low figures, especially considering the size of the vehicles. Both the e-tron S and the regular model come fitted, as standard, with an acoustically glazed windscreen. The German automaker seems to have removed the £525 ‘Acoustic glazing side windows’ from its vehicles as it likely wasn’t beneficial to the end-user. 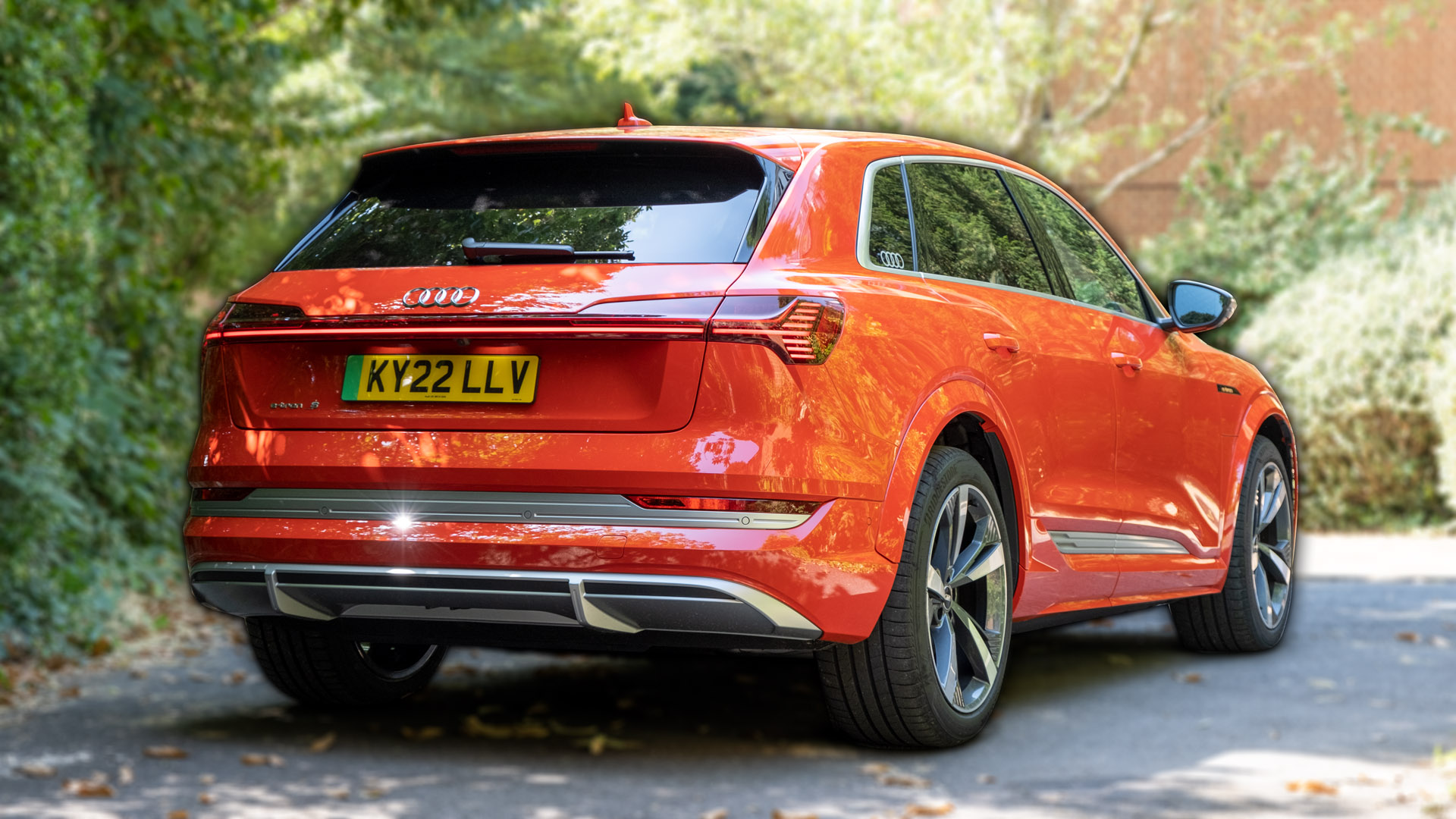 On the whole, the Bang & Olufsen system comprised within the e-tron and e-tron S will be a delight to most untrained ears, as it brings a lot of punch to all music genres – a worthwhile upgrade over the stock system, especially given that the £1,895 ‘Comfort and Sound Pack’ also adds Parking Aid Plus with 360-degree cameras and an extended multi-coloured LED interior lighting pack.

However, purely from an audiophile’s perspective, the lacklustre mid-range and closed soundstage are both disheartening, especially considering some of its rivals – such as Tesla, Volvo, and BMW – all offer far superior audio fidelity.