The Audi A7 comes in a variety of different configurations, where the Sport 40 TDI quattro S tronic starts from £47,155. TotallyEV reviewed the Sportback 55 quattro TFSI e Competiton, a plug-in hybrid that starts from £68,425.

In its default configuration, the A7 has a 10-speaker configuration, which includes a subwoofer that combined with the rest of the speakers can output 180 watts of power. The addition of the £2,295 Comfort and Sound Pack adds 360° cameras, Park Assistant plus, advanced keyless entry, interior lighting, and more importantly, a 16-speaker Bang & Olufsen audio system that outputs a staggering 730 watts. On review is the B&O system.

To tweak the audio settings, one can navigate through Audi’s comprehensive 10.1″ infotainment system to find a dedicated Sound menu. Here are our optimal settings:

It’s unfortunate that the German automaker has bundled the mids and highs into a singular category, whereby any adjustments made to the ‘Treble’ EQ will alter both the mid and high frequencies.

To connect, Audi’s Multi-Media Interface (MMI) system supports both Android Auto and Apple CarPlay. If you’d prefer to stream wirelessly, there’s Bluetooth; the system accepts both the SBC and AAC codecs – a welcome addition over other in-car audio systems that limit you to the lower-quality SBC codec, only.

Read next: Audi e-tron audio review: How does the Bang & Olufsen system sound?

For a demo of the Audi A7’s audio system head on over to our YouTube channel.

The B&O system consists of sixteen speakers positioned throughout the cabin. At the front, there are: three loudspeakers in the dashboard; one tweeter in each A-pillar; mid- and full-range drivers in each of the front doors. Around the back, you’ll find: a loudspeaker and tweeter in each of the rear doors, a loudspeaker in each D-pillar and finally, a subwoofer integrated within the storage compartment of the boot. Combined with a 16-channel amplifier, these speakers output 730 watts of power.

As a result, the system outputs a hefty low-end response in Wes Nelson’s debut single ‘See Nobody’ – namely in the mid-bass frequencies. Throughout the song, the B&O system manages to keep up in reproducing both an accurate and punchy response, especially when a single notch is added to the ‘Bass’ EQ through Audi’s MMI system.

The sub-bass is similarly impressive, where the rear-mounted subwoofer presents a full-bodied rumble that can be felt at both the front and rear of the cabin. The same couldn’t be said about Audi’s e-tron SUV that has a near-identical system; due to its larger-sized cabin, it doesn’t reproduce the same heart-felt sub-bass tones as the Audi A7 saloon.

While the B&O system provides dedicated sub- and mid-bass controls, the lack of separate mid and high-frequency EQ settings seem baffling. As a result, adjusting the ‘Treble’ EQ will alter both the system’s mid-range and highs. Pushing it past level two and you’ll find yourself having to dial down the volume as the highs get overzealous – sibilance and harshness creep in at the top-end. 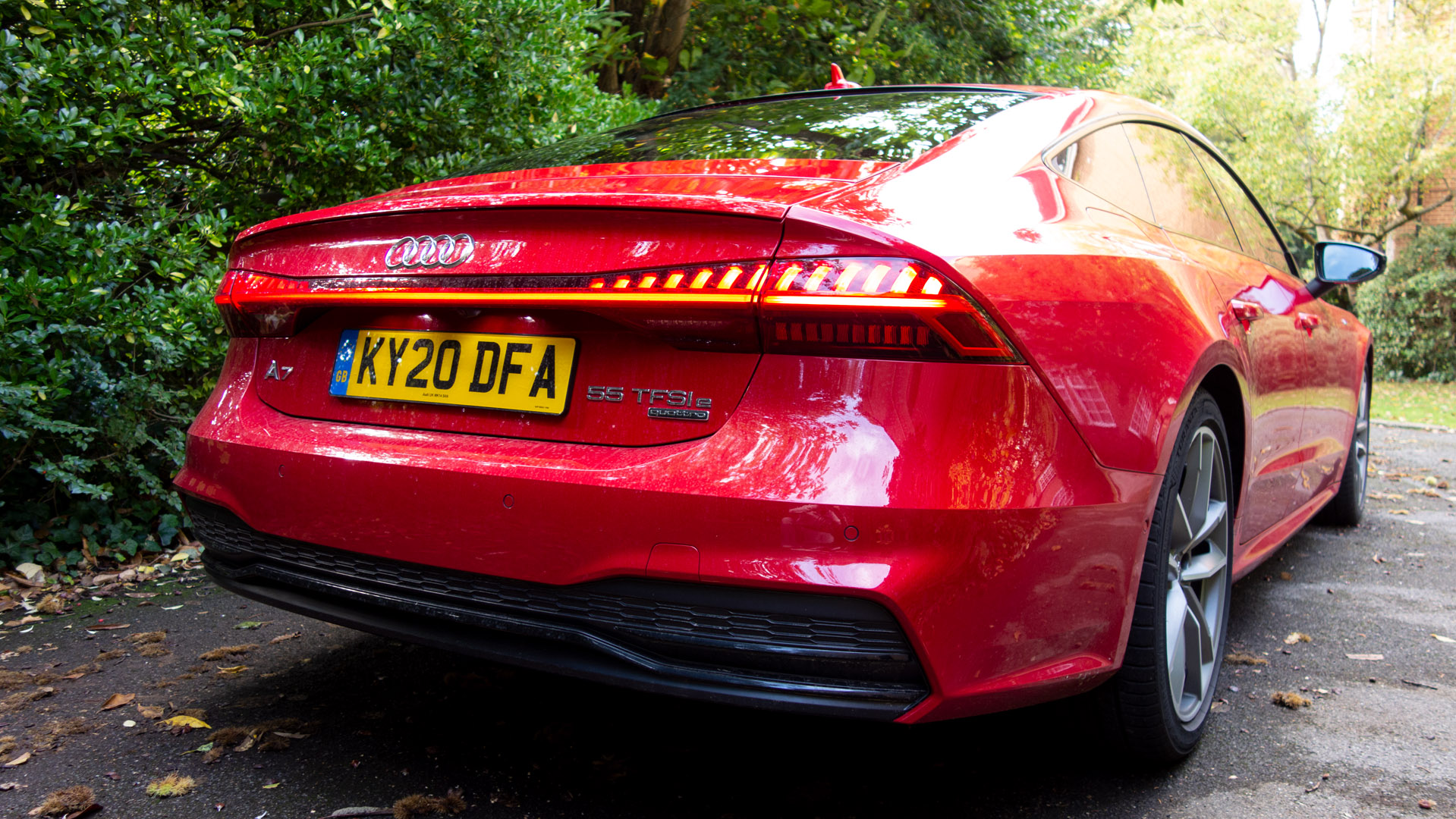 Both these individual frequency bands are still impressive, but audiophiles might expect a bit more clarity in the mids. Michael Jackson’s vocals in ‘Don’t Stop ‘Til You Get Enough’ are a little recessed and sound a tad pushed back, even with two notches added onto the ‘Treble’ EQ. On the plus side, the cymbals throughout the song are near-perfect and reproduce fantastic extension at the top-end resulting for a lively experience.

As for the soundstage, it’s perfectly acceptable, with B&O’s system separating instruments throughout the cabin and portraying a perfect tonality. However, the lack of width and depth is inherently present when one carefully listens to Ellie Goulding’s remix of ‘High For This’ – the clicks and clacks throughout the song are centre-weighted, with the artist’s voice being jumbled up with the rest of the instruments. It’s not as open sounding as one might expect from a system that bolsters over 16 speakers. 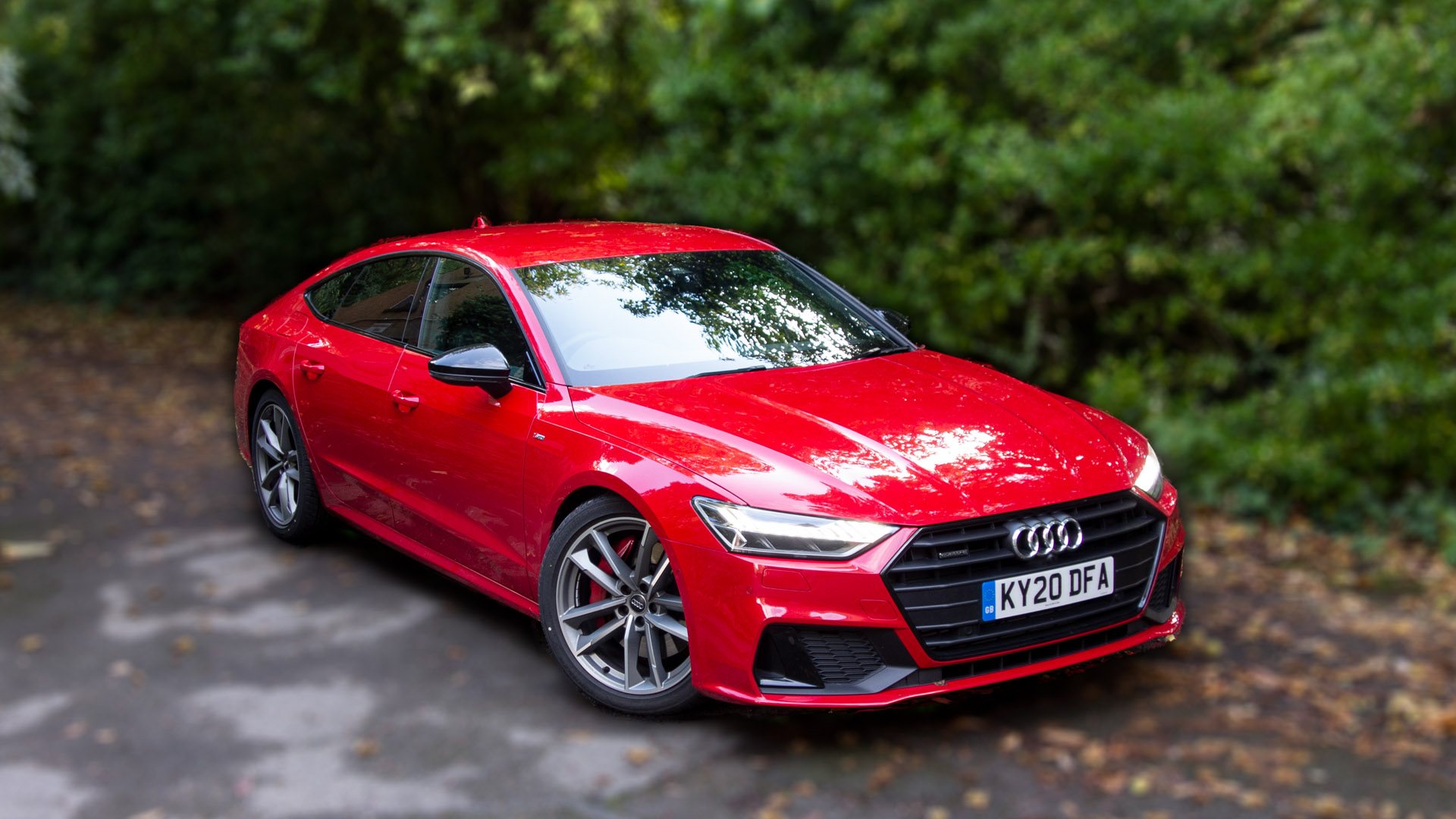 Very much like Audi’s all-electric SUV, the A7 saloon features Bang & Olufsen’s sound system. It will be a delight to most untrained ears, where it proves to bring plenty of excitement to all music genres. Unlike the e-tron, however, the A7 does have a punchier mid- and sub-bass response; it also isn’t as hindered by its cabin size, whereby producing a more intimate, albeit closed soundstage.