In Agust 2019, Sennheiser entered the automotive industry by announcing a partnership with Karma Automotive, a US-based luxury automaker. A year on, the German audio company entered talks with a variety of other manufacturers to get its Ambeo system to consumers.

Sennheiser’s Ambeo system first featured in the company’s TV soundbar in 2019. The all-in-one solution was its answer to premium audio without the need for a complicated hi-fi setup and wiring. It’s still one of the most expensive soundbars on the market, retailing at £2,199.

At Goodwood SpeedWeek, which took place in mid-October, TotallyEV had the chance to listen to a working prototype of Sennheiser’s Ambeo Mobility system. The vehicle used to showcase the latest form of in-car audio was the Volvo XC60 Recharge Polestar Engineered plug-in hybrid with a Bowers & Wilkins sound system. 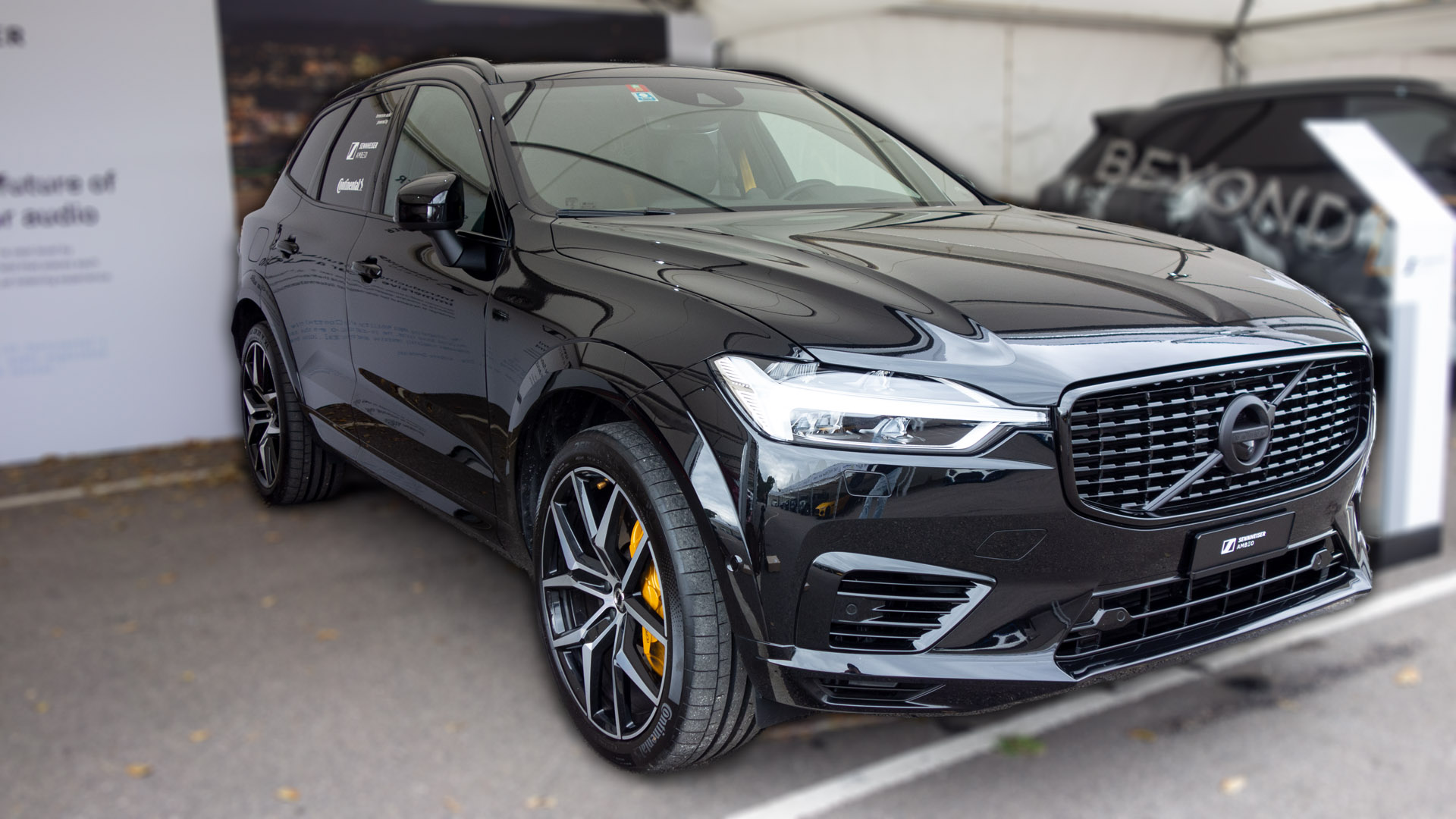 Read next: Audi e-tron audio review: How does the Bang & Olufsen system sound?

The one-of-a-kind Volvo XC60 houses 21 speakers, where it has 10 physical drivers dotted around the cabin, seven Continental Ac2ated actuators placed within the top part of the chassis (A-pillars, door trim, roof lining and rear shelf) and two speakers found within each of the front headrests.

Through the demo, there were only a few pre-loaded tracks one could listen to, with a toggle that selected between Ambeo, Ambeo Headrest and Standard – the latter disabling the 3D sound profile. The infotainment system, in this prototype, was replaced with a large-sized iPad. 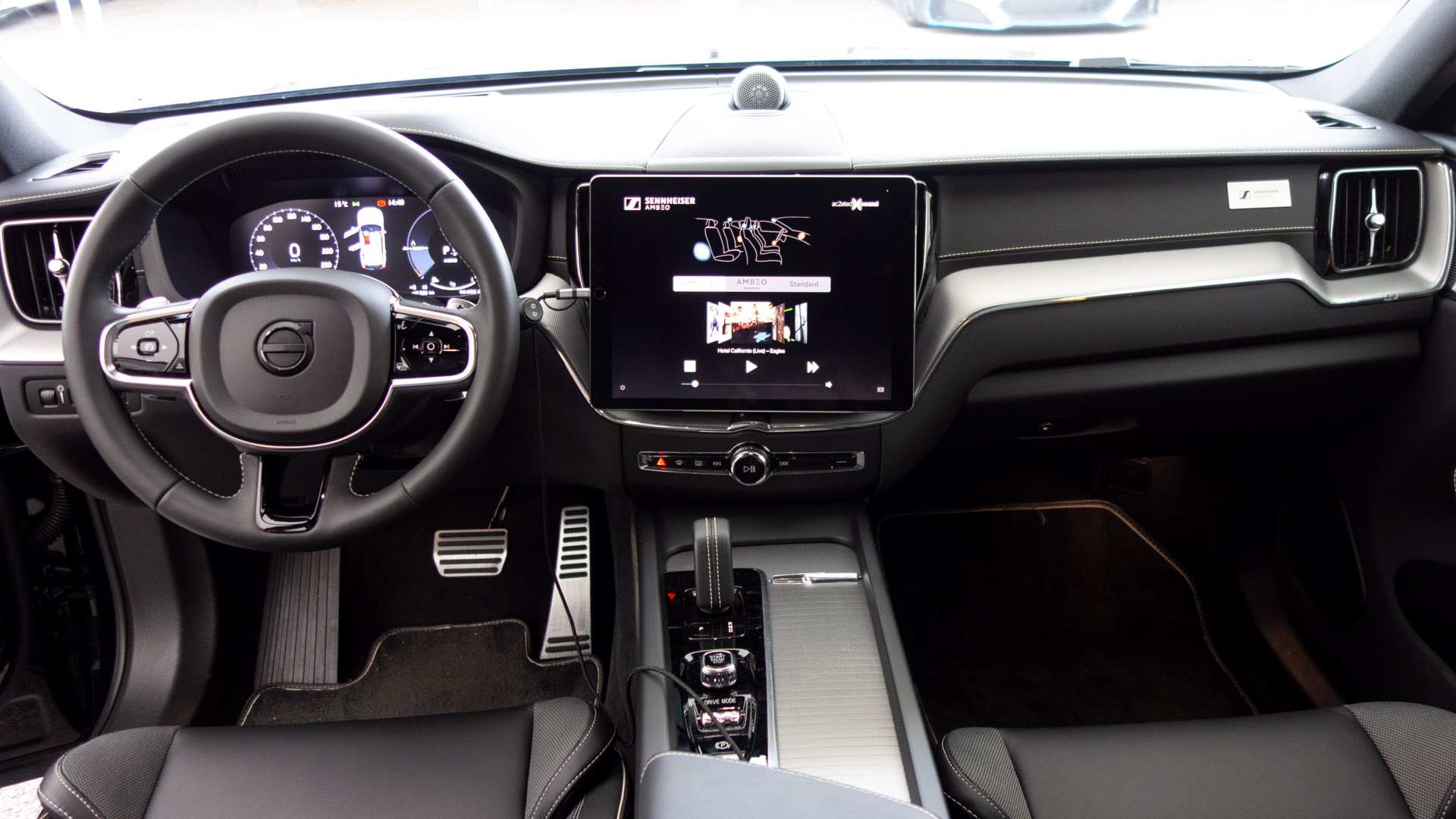 TotallyEV was told that consumer vehicles will have the Ambeo interface integrated within the regular infotainment system; in its current format, a user can’t access the radio, safety mechanisms or see any of the vehicle settings – unsurprisingly, it’s a prototype.

Unlike the interface, the Bowers & Wilkins speakers, Continental’s Ac2ated actuators and Sennheiser’s technology have passed prototype testing. The combination of these three power-houses creates a unique, never-heard-before, in-car audio experience.

The spectacular sound produced by this Sennheiser combination is unlike anything we’ve heard before – that includes Bowers & Wilkins’ own system among other audio specialist brands such as: Bang & Olufson, Beats Audio, Bose, Burmester, Focal, Harman Kardon, and Meridian, let alone other in-house car tuning specialists.

The best way to describe Sennheiser’s system is to reference its Ambeo soundbar, namely with its use of Dolby Atmos and DTS:X – two readily available technologies that provide height and width information to speakers, ultimately allowing for a 3D-like effect. Here, Sennheiser’ Ambeo Mobility system takes both stereo and surround signals and upmixes it through the 21 speakers; essentially adding more height and width information. Meanwhile, the system preserves perfect positional cues and with the combination of a competent audio system, makes for a more like-life 3D sound that encapsulates you in a formidable musical journey. 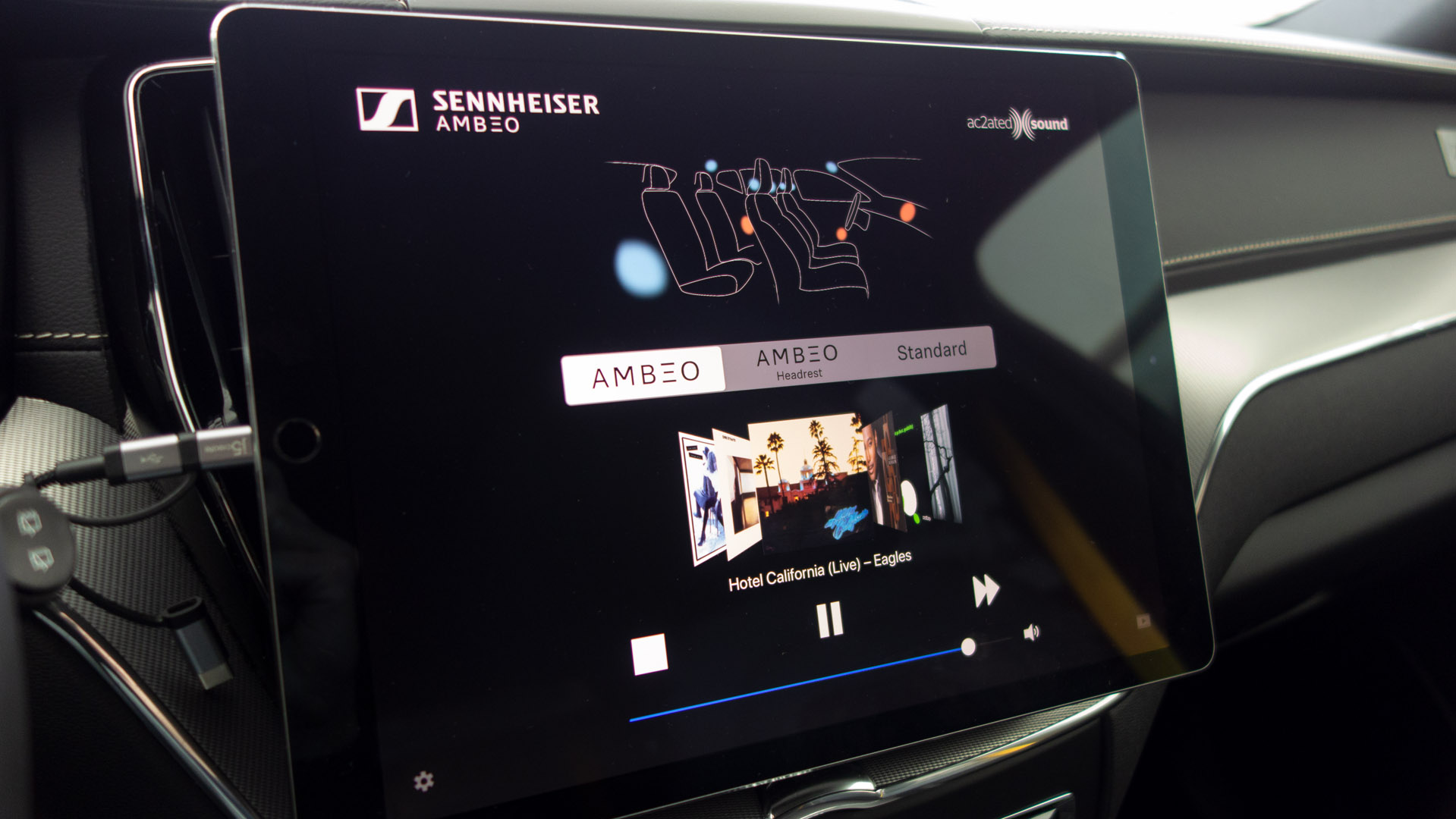 Toggling the system to Standard, and the sound drastically changes. Oddly, the front left and right mid-range drivers get a boost in volume, while the rest of the cabin is stripped of its 3D presence. Still, music without the Ambeo enabled is still impressive, as Bowers & Wilkins’ system is extremely competent, but it’s no match of the combined Sennheiser system.

Speaking of which, the system’s audio quality is superb; music rumbles into the lower-end frequencies, the mids are accurate and forward-sounding, the highs extend well at the top end without sounding sibilant and of course, the soundstage is exquisite.

Continental’s Ac2ated actuators also play a big role here, where the wooden enclosures dotted around the top-frame of the chassis excite specific surfaces – vibrating throughout the frequency range.

For electric vehicles, these actuators also pose a great advantage as opposed to using regular drivers. According to Continental, the Ac2ated are lighter than their conventional counterparts and can be hidden within the vehicle’s cabin; they don’t need to be on show to resonate frequencies to one’s ears.

Elsewhere, the two drivers positioned within each of the headrests not only provide better immersion for music but also a means of taking calls without disturbing the rest of the vehicle’s occupants. Here, the pair of speakers positioned within each of the headrests provide a means of hearing the other side more clearly without having to turn up the overall system. It’s ingenious.

While 3D sound isn’t a novelty in audio systems, Sennheiser’s Ambeo Mobility solution is a cut above the rest. It provides a thrilling surround sound experience, which cannot be likened to other in-car audio systems. 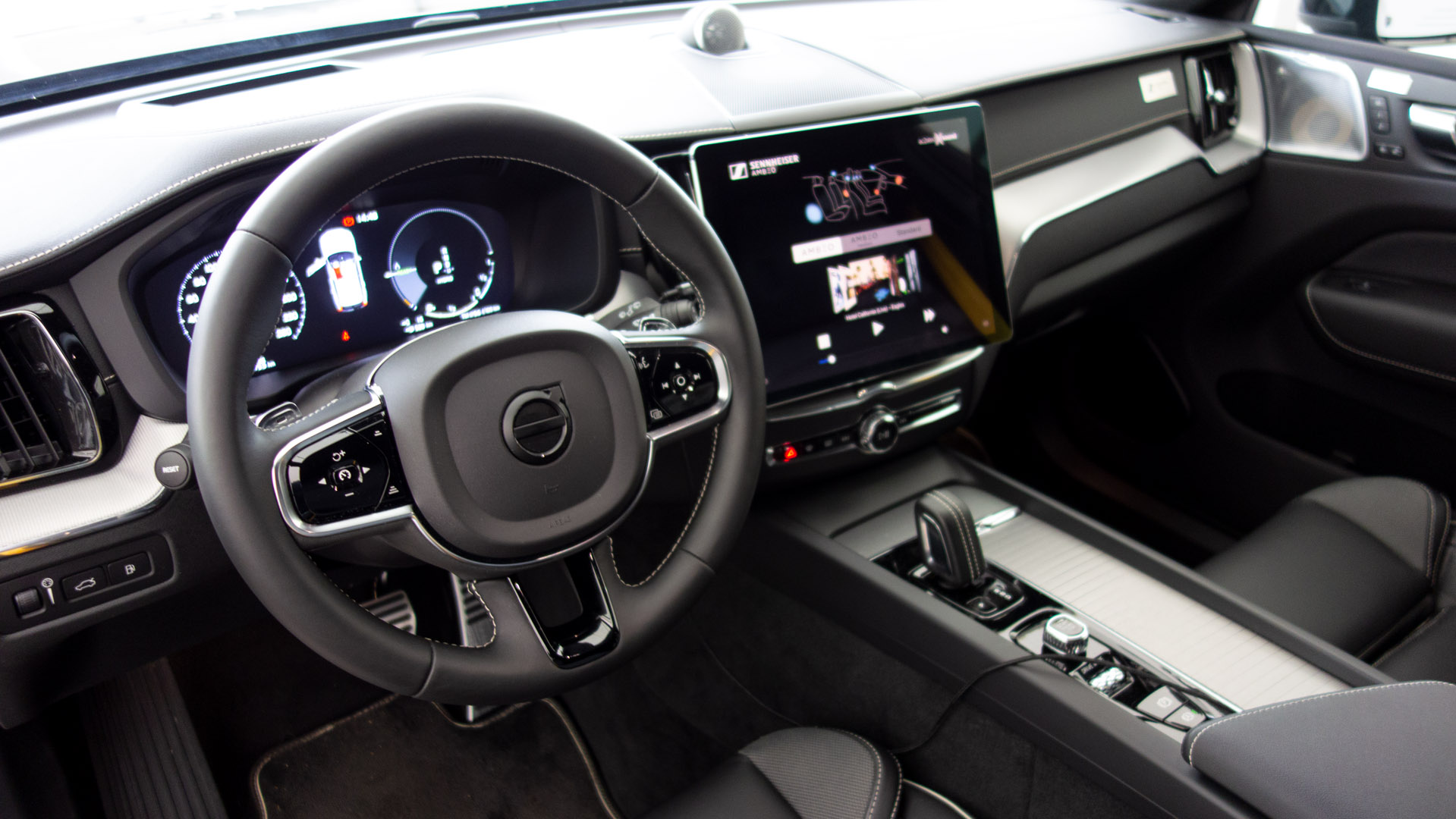 Given the system, as a whole, is still a prototype, it’s extremely promising to see what the future holds for Sennheiser in the automotive sector. Once this integrates within an infotainment system and is available to consumers, it will be the gold standard for car-centric audiophiles.

TotallyEV has been told that the system will likely make its debut in vehicles in 2022; might we see it in upcoming Volvo, Polestar and Fisker/Karma vehicles? One can only hope. There’s also no official word on the additional cost this will entail for aspiring customers.