The Kia e-Niro is an impressive all-electric SUV that boasts up to 282 miles of driving range on a single charge. The e-Niro ‘2’ starts from £29,595 and goes up to the ‘3’ and ‘4/4+’ that’ll set you back £33,850 and £36,145, respectively. We reviewed the manufacturer’s latter trim and found it to excel in almost every single department; as a result, the e-Niro 4 received TotallyEV’s coveted Best Buy award.

Kia’s most luxurious trim houses an eight-speaker JBL system that outputs a total of 320 Watts, as opposed to the stock six-speaker that’s on offer with the e-Niro ‘2’ and ‘3’; does it lend itself to another Best Buy award? Let’s find out.

For a demo of the Kia e-Niro’s audio system head on over to our YouTube channel.

Through the vehicle’s 10.25″ infotainment system, one can adjust the car’s audio settings. A three-band equaliser makes it easy to tailor the sound to your liking, although a dedicated subwoofer EQ would have been appreciated, too. Here are our optimal settings:

Here, you’ll also find a variety of other comprehensively laid-out audio settings that correspond to the vehicle’s operation; such as a volume limiter upon start-up, specific smartphone levels (ringtone, messages and navigation) and even the ability to adjust the volume of Android Auto and Apple CarPlay – both are supported, but one can also connect wirelessly over Bluetooth although the e-Niro is limited to the SBC codec, only.

For a demo of the Kia e-Niro’s audio system watch the review on our YouTube channel.

When it comes to the SUV’s audio configuration, there are seven drivers in total with the eighth acting as a subwoofer. There are five speakers at the front – one of which is a centre speaker; two speakers at the rear; and a subwoofer in the boot (left-hand side of the D-pillar). JBL/Kia has also integrated an external amplifier via the infotainment system that pushes the system’s total output to 320 Watts.

Firing up the drivers with Marlin’s remix of Cassie – Me & U, it’s immediately apparent that the rear-mounted subwoofer plays a part. The low-end rumbles can be felt throughout the cabin, namely when sat in the rear seats. The only downside is that as the driver and front passenger, you’ll feel as if the extension isn’t as heartfelt due to the SUV’s large-sized cabin. A dedicated subwoofer EQ could have resolved this issue, but alas it’s nowhere to be found.

One could adjust the overall bass EQ, but that would alter the system’s near-perfect mid-bass reproduction, which not only is punchy but also precise. There’s no audible rattle throughout Marlin’s remix, making for an enjoyable experience.

Unfortunately, that’s where the good vibes come to an end. The system’s mid-range and highs are pretty weak. The latter is recessed and pushed back, while the former is a bit too sibilant at the top-end making for an unpleasant experience at louder volumes. To counter it, we’d suggest reducing the treble by two notches and adding two clicks to the mids.

With these settings, the eight-speaker JBL system is a bit more agreeable in Jay-Z & Justin Timberlake’s 2013 record, ‘Holy Grail’. The artists’ voices are brought a bit more to the foreground, while the cymbals throughout the track aren’t as ear-piercing.

Finally, onto the soundstage, the eight-speaker combo fails to deliver a convincing width and depth. Music comes across a bit narrow and closed-off, while instrument separation is particularly lacklustre when sat in the rear seats. The exclusion of additional drivers at the back truly highlight the issue at hand. 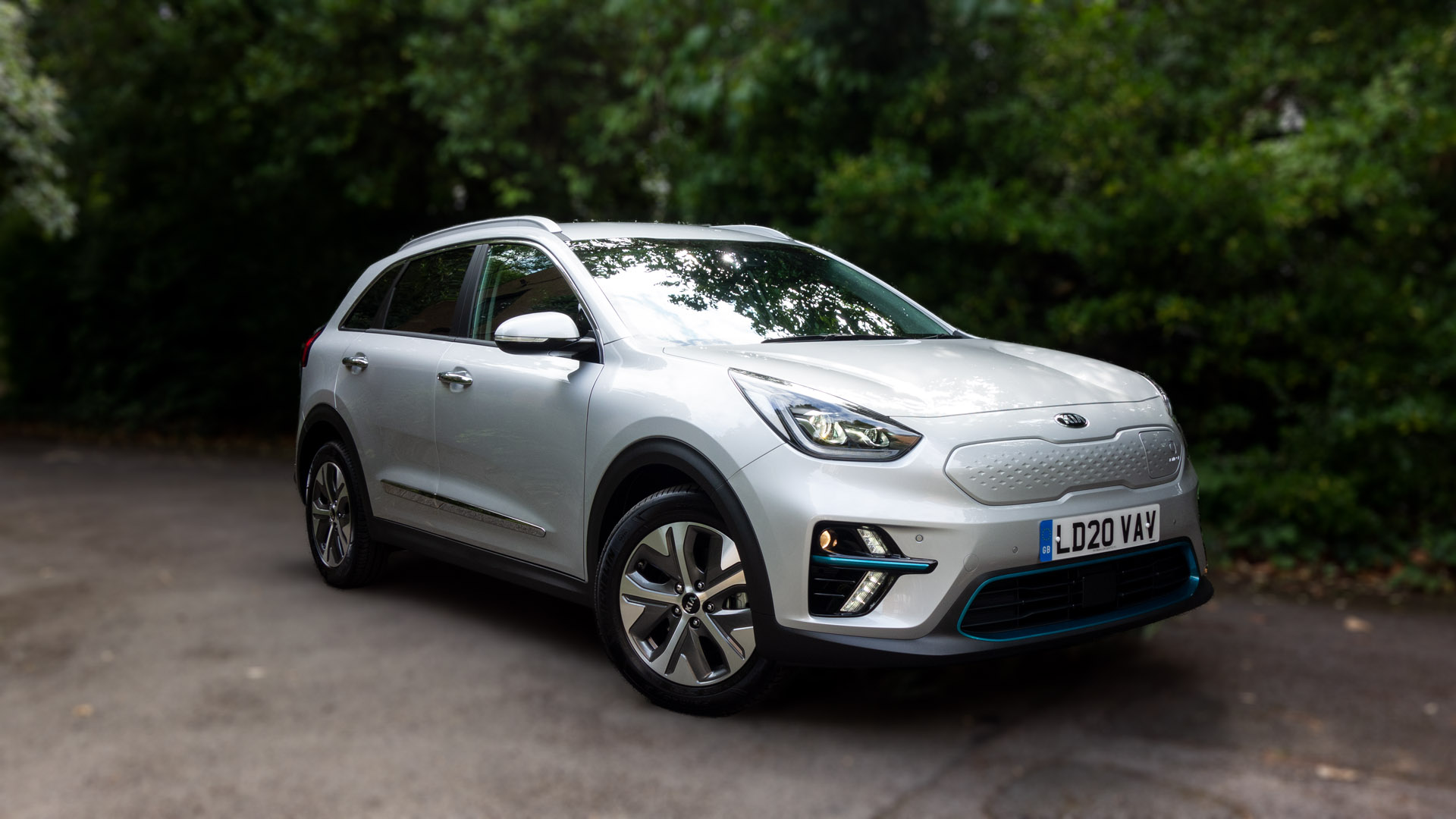 Overall, the Kia e-Niro’s audio system is somewhat disappointing. While it might satisfy most consumers, audiophiles and those accustom to JBL’s illustrious systems will be left disheartened. The lack of a convincing mid-range and wider sound are a cause for concern, but on the plus side, the Kia e-Niro does have a punchy, near-perfect mid-bass slam.