The Mustang Mach-E is Ford’s first all-electric vehicle. It starts from £42,530 and extends up to £66,280 for the GT model, before adding options. We found it to be spacious, aesthetically pleasing and has a slew of driver assistance systems built-in as standard. However, its performance, range and driving comfort all failed to impress over rival EVs.

When it comes to audio, the American manufacturer includes a stock audio system in the rear-wheel drive (RWD) models, and a 10-speaker 560-Watt configuration in the all-wheel drive (AWD) variants, which start from £50,850. Should you want the upgraded B&O system in the RWD variants, you’ll need to splash out £3,600 on the Tech Pack. This also includes 360-degree cameras, an electric tailgate, Advanced Active Park Assist and a panoramic glass roof.

To tinker with the vehicle’s audio settings, one has to navigate to the ‘Sound’ tab on the 15.5″ infotainment system. Here, you’ll find a three-band equaliser, below are our optimal settings:

To connect up to the vehicle’s audio system using your smartphone, you can opt for a Bluetooth connection where the SBC codec is supported only. It’s a shame that none of the higher-quality codecs are supported. On the plus side, both Android Auto and Apple CarPlay are supported in a wired and wireless format, the former being the better out of the two for heightened audio fidelity.

As for media controls, there’s a physical volume wheel planted towards the bottom segment of the 15.5″ infotainment system, and by the dashboard and smartly laid out physical buttons on the steering wheel, which allow you to change tracks and adjust the playback volume.

For a demo of the Mustang Mach-E’s audio system head on over to our YouTube channel.

When it comes to its audio configuration, Ford hasn’t disclosed what is comprised within the stock setup. We can only hazard a guess of four audio drivers, where we could hear music coming through the grilles found on the vehicle’s doors. Once we receive information on the driver specifications, locations and total wattage, we’ll be sure to update this review.

We do, however, have some information on the upgraded Bang & Olufsen audio system, where there are 10 audio drivers that combined output 560 Watts of power. Here, there’s an 80mm midrange driver at the centre of the dashboard, two 25mm tweeters within the dashboard trim and another two within the rear doors, a 160mm midwoofer within each of the four doors and a 6×9″ subwoofer in the boot.

As we have the RWD model, the stock system is on review. Given the omission of a subwoofer, the sub-bass frequencies are cut short in Tyga’s single, ‘For The Road’; bass extension is minimal, where Ford’s audio system simply cannot compete with vehicles such as the Tesla Model 3, Polestar 2, Volvo XC40 Recharge Twin Pro and Kia Soul EV, all of which house a low-end driver in the boot.

Thankfully, the audio driver positioned within the four doors do a valiant job at reproducing a hearty mid-bass slam. While a touch uncontrolled, there’s plenty of energy that one can attain while sat inside the Mustang Mach-E; it’s a lively sound signature.

Indeed, the emphasis on the mid-bass tones does give a sense of warmth to the audio system and unsurprisingly, this affects the mid-range frequencies. Vocals in Kara Marni’s single ‘Trippin’ are a little pushed back and don’t come as eloquently as one might expect. As for the highs, they do extend at the top-end and with two notches added onto the ‘Treble’ EQ, we find the system has a real zing to it, which given the rest of the frequency range, results in the stock system having a V-shaped sound signature. 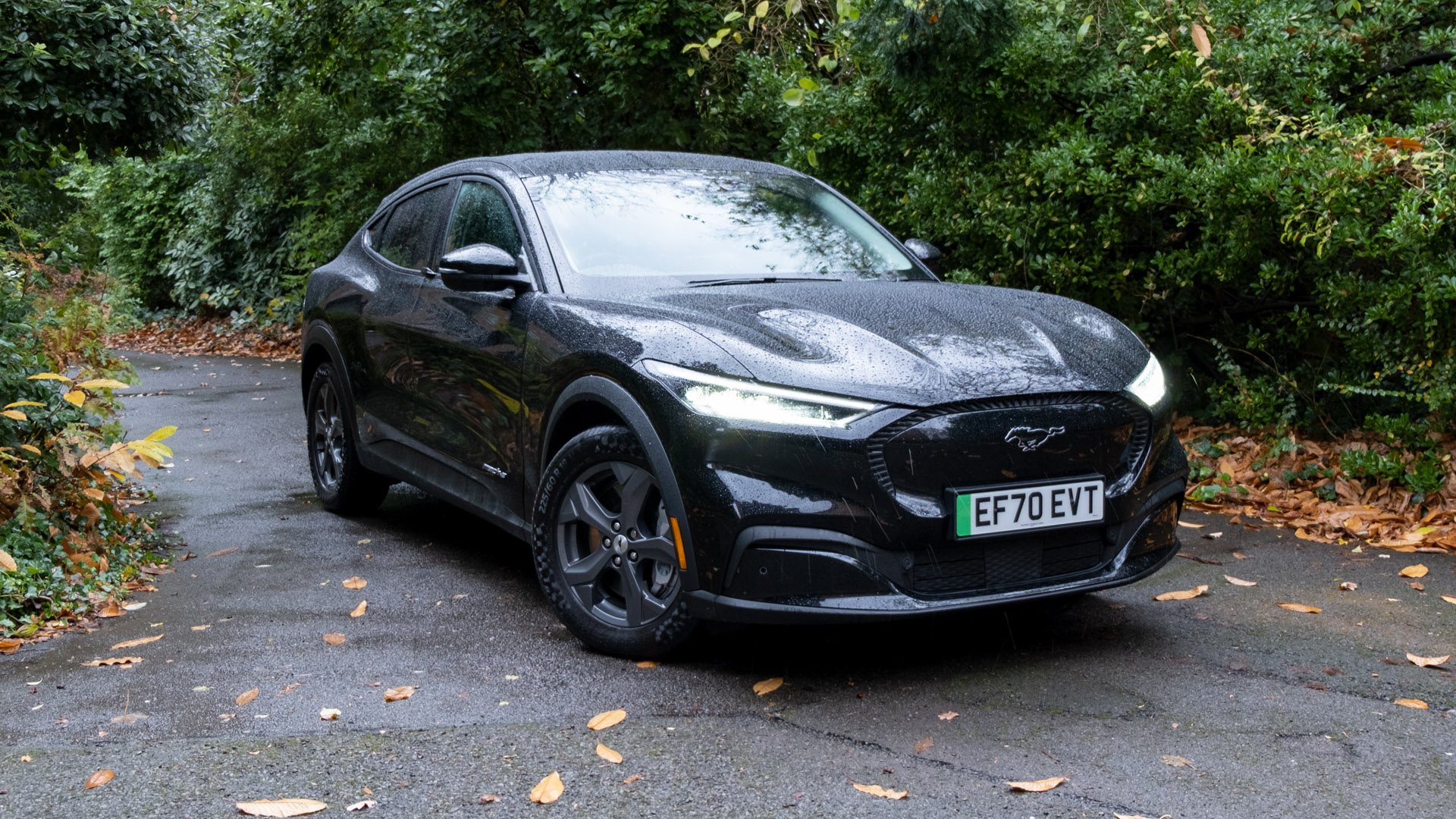 The real drawback of having a limited number of audio drivers within the cabin is the somewhat constricted soundstage. Instrument separation is passable, while the overall width and depth sound a bit shallow – there’s not much airiness or spaciousness to music. When compared to its rivals, namely the Tesla Model 3, the Ford sounds rather unidirectional.

Finally, onto cabin noise, the Mustang Mach-E suffers from a bit of tyre noise and wind noise that deflects off the A-pillars. Using a sound meter we recorded, 36 dBA at a standstill; 56-58 dBA, while driving at 20-30mph; 60-64 dBA, while driving at 40mph; and 71-73 dBA when at 70mph. As for when the windows are brought down, the level increases by roughly 10 dBA. 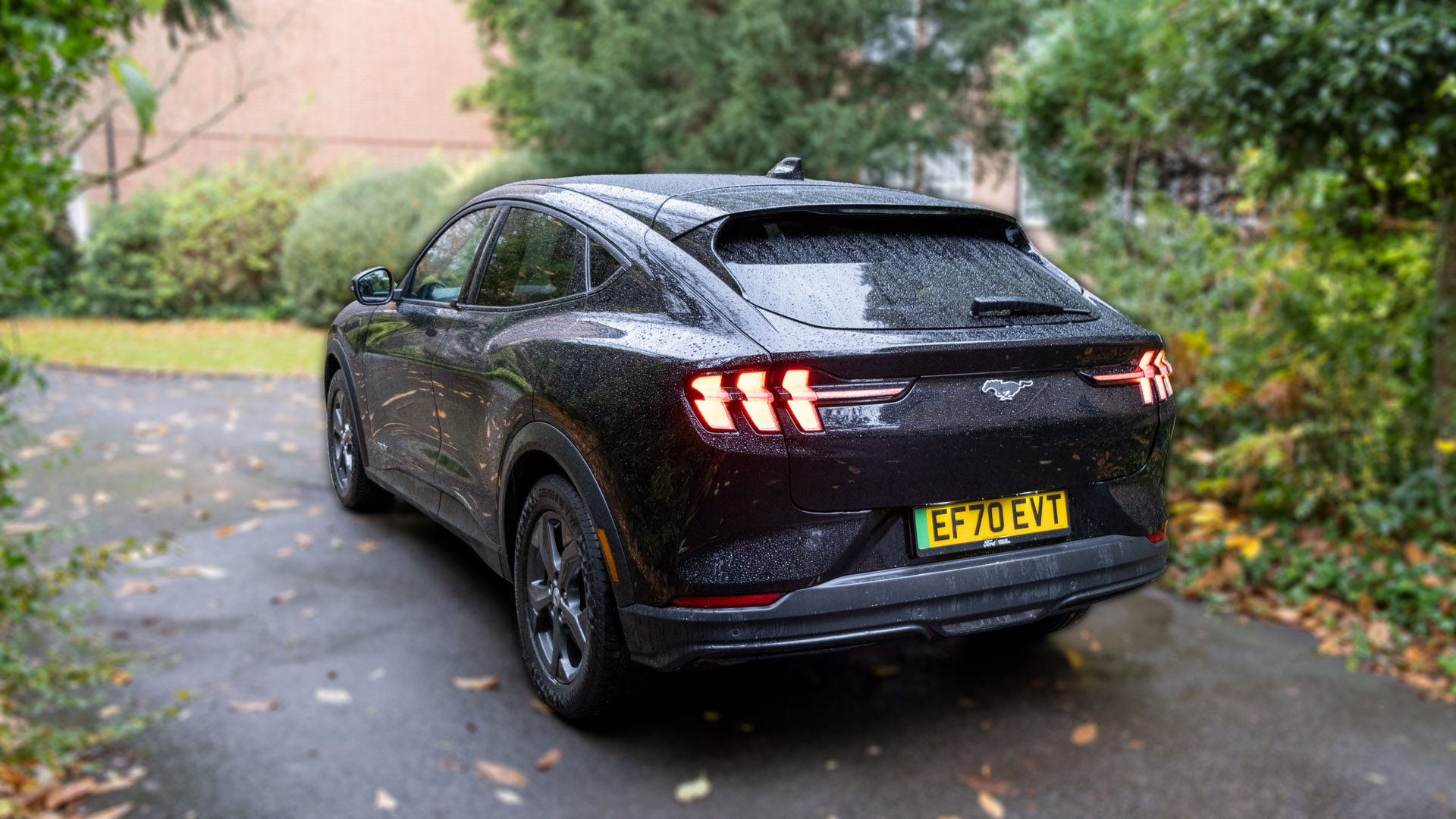 On the whole, the stock audio system is rather disappointing. Considering the vehicle’s asking price one might have expected better, especially given rival manufacturers offer excellent-sounding systems as standard. Ultimately, if you’re into audio we’d highly suggest investing in the B&O system, be it by purchasing one of the AWD models or opting for the Tech Pack in the RWD trims.