The Skoda Enyaq iV is an all-electric SUV that starts from £34,510 and is, in many ways, similar to Volkswagen ID.4. However, we found the Czech automaker’s iteration to be more practical, both in terms of extra boot space and interior cabin design, and more importantly, was able to travel 40 miles more on the same-sized battery pack. As a result, it received TotallyEV’s Best Buy award.

When it comes to audio, the Enyaq iV also one-ups its VW sibling by offering an extra pair of audio drivers within the cabin. Indeed, as standard, it houses eight audio drivers, rather than the six of the ID.4. In Q1 2022, Skoda will also offer the Canton audio upgrade for its customers, where it will add extra drivers within the cabin (12 in total) and undoubtedly provide some extra grunt thanks to the addition of a subwoofer in the boot. On review, is the stock eight-speaker audio system.

To tinker with the vehicle’s audio settings, one has to navigate to the appropriate menu on the 13″ infotainment system. Alongside the touch tones and vehicle settings that can be adjusted, you’ll find a three-band equaliser – here are our optimal settings:

As for media controls, they can be accessed through the display or via a set of physical buttons located on the steering wheel. There’s also a capacitative slider that resides below the infotainment display, which is used to adjust the media volume.

For a demo of the Skoda Enyaq iV’s audio system head on over to our YouTube channel.

When it comes to its audio configuration, the Enyaq iV houses four speakers at the front of the cabin and four at the rear: a mid-range speaker and tweeter are housed within each of the four doors.

Given the omission of a subwoofer, the system struggles to reproduce a prolonged low-end extension in Lil Nas & Jack Harlow’s song, titled ‘Industry Baby’. While the audio drivers within the four doors try to reproduce some sub-bass extension, they cannot compete with systems that have a dedicated subwoofer, such as the Harman Kardon setup found within the Kia Soul EV.

On the plus side, its mid-bass presence can be felt at the front and at the rear of the cabin. Here, its speakers dispatch a hearty punch throughout Lil Nas’ song and sound controlled no matter the output volume; there’s no rattling to be heard, either.

Similarly, its high-end extension is faultless. Indeed, the inclusion of dedicated tweeters throughout the cabin plays a big role in providing an engaging and lively sound reproduction, all while not sounding sibilant at the top end.

The same praise couldn’t be said about its mid-range, however. They’re recessed, slightly veiled and don’t portray Abrina’s voice to the fullest in ‘Actin Up’. Of course, one can use the ‘Mid’ EQ to boost the frequency band, however, adding anything to this setting will result in an artificial sound reproduction and will take away from its mid-range accuracy. As such, leaving it in its default state is recommended, albeit having to accept a V-shaped sound signature.

As for instrument separation, it’s mediocre. Despite the vehicle having eight audio drivers within the cabin, the frequency bands aren’t differentiated eloquently; this is due to four of the eight drivers being dedicated to the highs, while the other four are left with the sub-, mid-bass and mid-range frequencies – it’s a tall order.

On the other hand, the overall width and depth of the sound system is impressive. There’s a sense of spaciousness when listening to music, and despite the system’s lacklustre ability to separate frequency bands, the eighty audio drivers still provide a lively, engaging soundstage. Tonality and imaging are near-perfect, too. 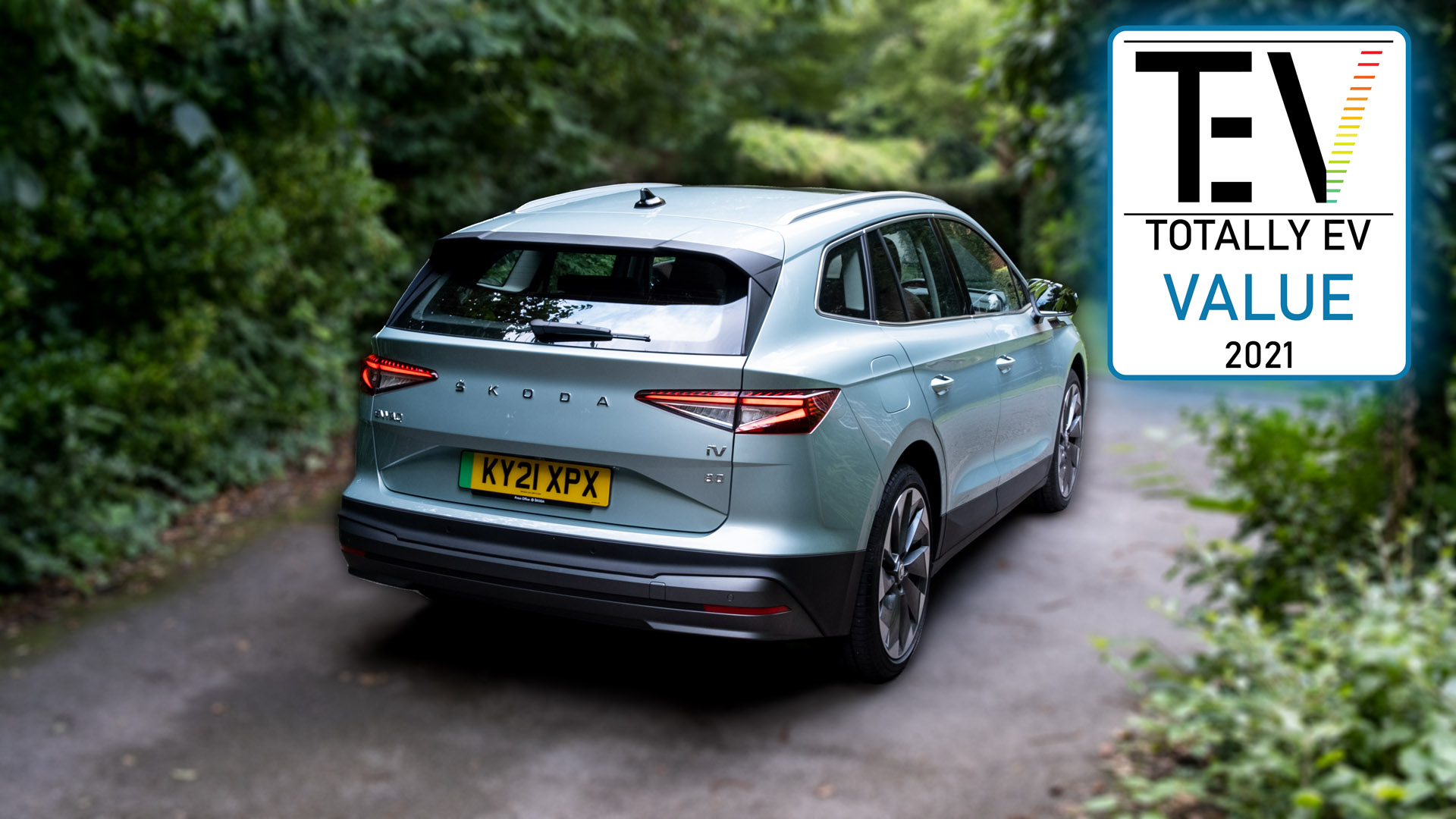 Overall, the Skoda Enyaq iV’s sound system does a competent job throughout the frequency range. While we would have liked a subwoofer to bolster its sub-bass response and bettered mid-range presence, the mid-bass, highs and soundstage are impressive for a stock audio system; we’d say it’s a cut-above the ID.4’s system, too. As a result, the eight-driver configuration receives TotallyEV’s Value award.

We wonder, however, how the Canton audio system will fare by comparison, namely in the system’s ability to prolong that low-end reproduction. If you’re an audiophile, would you look to get the Canton system instead? Let us know in the comments section or via social media; we’re on: YouTube, Instagram, Facebook, Twitter and LinkedIn.

BMW X2 audio review: Should you get the Harman Kardon system?