The Mercedes-Benz EQA is a compact all-electric SUV that starts from £44,495. We found the vehicle excelled in design but fell short in performance where it was outclassed by its rivals in both range and power.

When it comes to audio, both the EQA 250 Sport (on review) and the AMG Line come with a nine-speaker configuration that outputs 225 Watts of power. The AMG Line Premium adds a tenth speaker in form of a subwoofer, while the AMG Line Premium Plus comes with a Burmester surround sound system with a total of 12 speakers and a total output of 590 Watts.

To tinker with the vehicle’s audio settings, you’ll have to navigate to the appropriate menu on the 10″ infotainment system – here are our optimal settings:

In order to connect up to the vehicle’s system, you can use a wired or wireless Apple CarPlay or Android Auto connection. If, however, you’d like to connect over Bluetooth, the EQA supports the SBC and AAC codecs – the latter being the better out of the two.

Moving onto media controls, they can be accessed: through the 10″ display, via a physical volume wheel found toward the centre console where skip and previous can be actioned through the touchpad, and via the buttons found on the steering wheel. Suffice to say, it’s easy to control your media.

For a demo of the Mercedes EQA’s audio system head on over to our YouTube channel.

Despite the stock nine-speaker setup not housing a subwoofer, the system produces a hearty low-end response. Surprisingly, the sub-bass tones extend pretty well in Young Jeezy ‘Put On’, where the audio drivers provide plenty of energy and rumble. It doesn’t sound overdone or bloated either. The same could be said about its mid-bass response, which excels throughout the frequency range. Bass slams are accurate, punchy and heartfelt; it’s hard to falter the EQA’s mid-bass response.

Given its lively low-end response, one might expect quite a recessed mid-range but yet again, the German automaker seems to have perfected its execution. Throughout the frequency range, the speakers manage to keep up with more challenging songs all while having a relatively forward presence. Granted, it won’t compete with systems that have a greater number of audio drivers within the cabin but nonetheless, the nine speakers do a stellar job.

Moving onto its soundstage, the system provides excellent instrument separation, and decent width and depth to music. Again, bolstering the number of drivers would certainly aid in this department, where one can only assume the Burmester system would provide a more engaging listening experience.

Finally, onto cabin noise, the Mercedes EQA provides a serene experience with minimal tyre noise creeping in; using a sound meter to record the levels, at a standstill we noted 35 dBA; driving at 20-30mph, 53 dBA; driving at 40mph, 59 dBA; and at 70mph, 69 dBA. As for when the windows are brought down, the level increases by roughly 12 dBA. 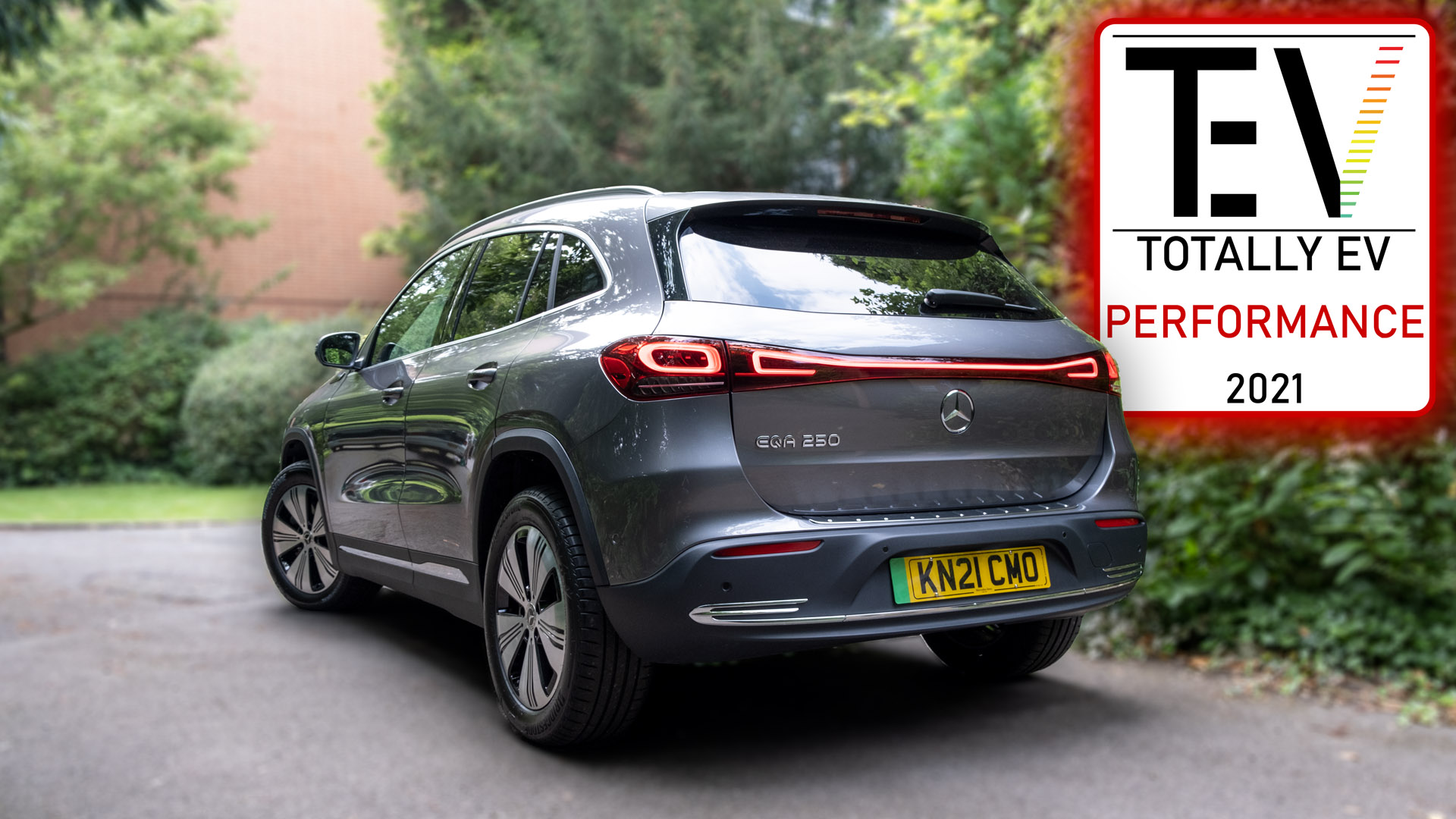 While the EQA’s nine-speaker system can’t quite compete with the likes of the excellent stock systems housed inside the Kia Soul EV, Volvo XC40, Tesla Model 3 and Polestar 2, Mercedes should still be commended for providing excellent audio performance across the frequency range – as such, receiving TotallyEV’s Performance award.

Would you splash out to get the more advanced audio systems found within the AMG Premium Line? Let us know in the comments section below or via social media; we’re on: YouTube, Instagram, Facebook, Twitter and LinkedIn.