The Cupra Formentor starts from £28,270, while the e-Hybrid that we have on review starts from £36,170. We found Volkswagen Group’s sporty SUV to be a practical, more fuel-efficient and affordable alternative to the BMW X2 xDrive25e and for these reasons, we awarded it our Best Buy award.

When it comes to audio, the Formentor PHEV houses a six-speaker configuration, which at the time of writing and in the UK cannot be upgraded. However, in certain countries, the Cupra is available with a Beats audio upgrade.

To tinker with the vehicle’s audio settings, one has to navigate to the appropriate menu on the 12″ infotainment system. Alongside the touch tones and vehicle settings that can be adjusted, you’ll find a five-band equaliser – here are our optimal settings:

As for media controls, they can be accessed through the display or via a set of physical buttons located on the steering wheel. There’s also a capacitative slider that resides below the infotainment display, which is used to adjust the media volume.

For a demo of the Cupra Formentor’s audio system head on over to our YouTube channel.

When it comes to its audio configuration, the Formentor has a speaker within each of the four doors, and a tweeter within each of the A-pillars – totalling six within the cabin. We’ve reached out to Cupra for further clarification on the size of the drivers and to attain the total wattage; we’ll update this review once we receive additional information.

Given its subwoofer-less configuration, it should come as no surprise that the SUV has a rather lacklustre sub-bass performance. By taking a song that has a pronounced low-end extension – for example, M.A.N.D.Y. vs Booka Shade’s house track, titled ‘Body Language’ – it’ll become apparent that the Cupra’s audio system cannot provide that low-end rumble that features throughout the song.

However, the mid-bass tones that can also be heard in the song, have plenty of impact. Indeed, there’s a heartfelt punch both at the front and rear of the cabin thanks to the speakers found within each of the Formentor’s doors; one might even want to even reduce the bass presence by reducing it a few notches through the EQ controls found on the vehicle’s infotainment system.

Even with a few notches reduced in the 125-250 Hz region, the system still portrays plenty of quantity, whereby it’ll leave a few bassheads content. But, audiophiles that want pinpoint accuracy through the lower frequency range will be left a little disappointed; the system’s low-end punch makes for a rather uncontrolled reproduction, whereby the doors rattle at louder volumes.

Given the system’s emphasis on the lows, the Cupra has veiled mids. John Legend’s voice in ‘Tonight’ is pushed back and isn’t at the forefront of the song. The same could be said if one listens to podcasts or the news, where vocals aren’t emphasised throughout the cabin.

On the flip side, the highs extend pretty well, namely at the front of the cabin where there are two tweeters that help bolster the high-end reproduction. Music sounds lively and cymbals have the ability to shine through. At the rear of the cabin, however, the highs are forward-sounding, due to the limited number of drivers that are on offer.

Unsurprisingly, this has a knock-on effect on the instrument separation, the overall width and depth and thus, the soundstage. It’s rather closed sounding with a lack of cohesion at the rear of the cabin, but nevertheless, it’s acceptable for a stock audio system. Given the size of the cabin, we were expecting a little more of an airy reproduction.

Finally, onto cabin noise, the Cupra has excellent passive noise isolation. At a standstill, we recorded 35 dBA; driving at 20-30mph, 52 dBA; driving at 40mph, 58 dBA; and at 70mph, 62 dBA. As for when the windows are brought down, the level increases by a staggering 14 dBA. 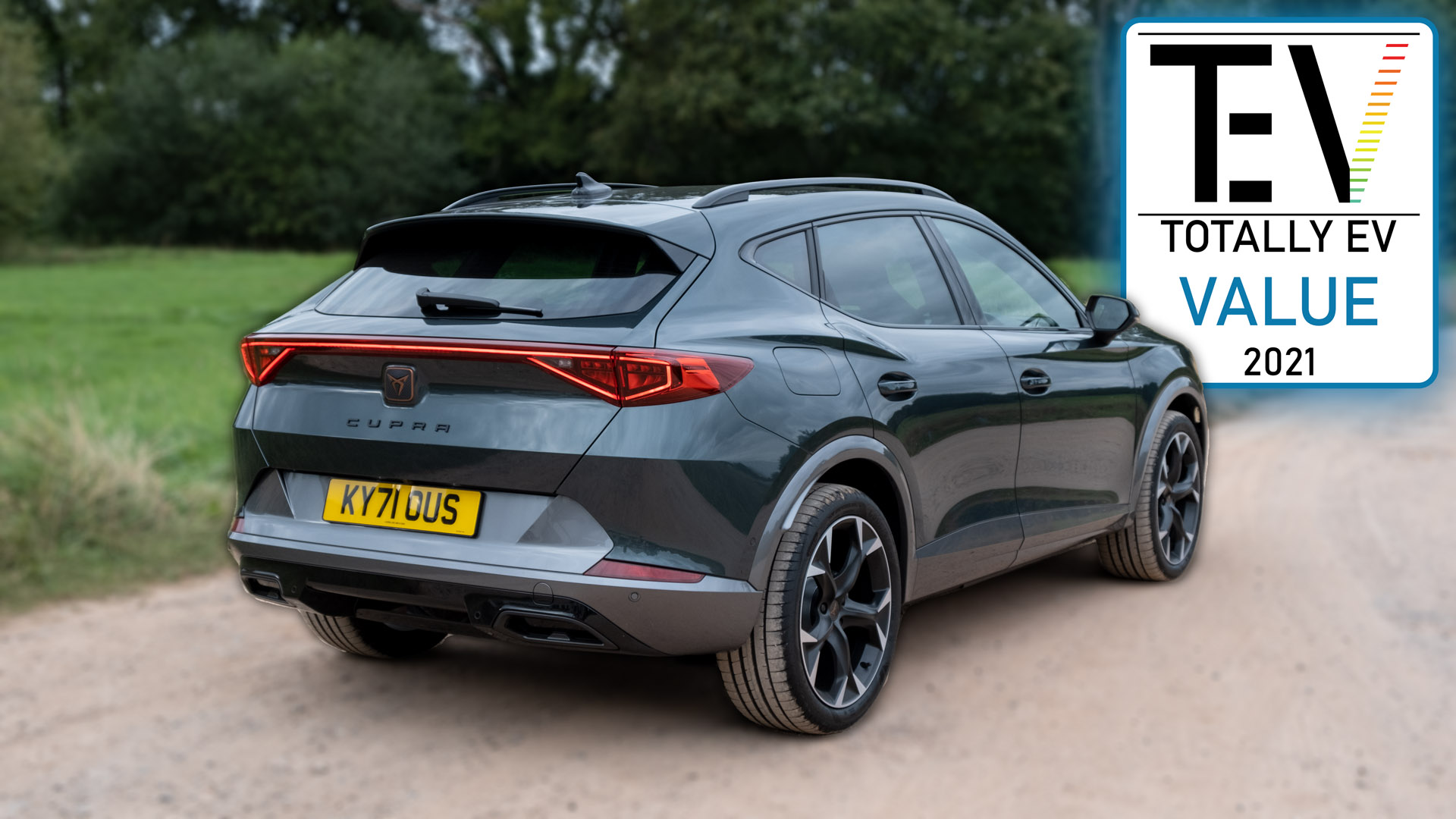 Despite being a little negative throughout this review, it should be said that the stock system still provides plenty of energy and life to music; most consumers will be pleased with the overall sound reproduction – it’s far from perfect but neither is it terrible. Ultimately, for a stock system, it’s competent and gets TotallyEV’s Value award.

Audiophiles, would you expect more, or would you have liked to have seen an audio upgrade offered with the Cupra Formentor e-Hybrid? Let us know in the comments section or via social media; we’re on: YouTube, Instagram, Facebook, Twitter and LinkedIn.