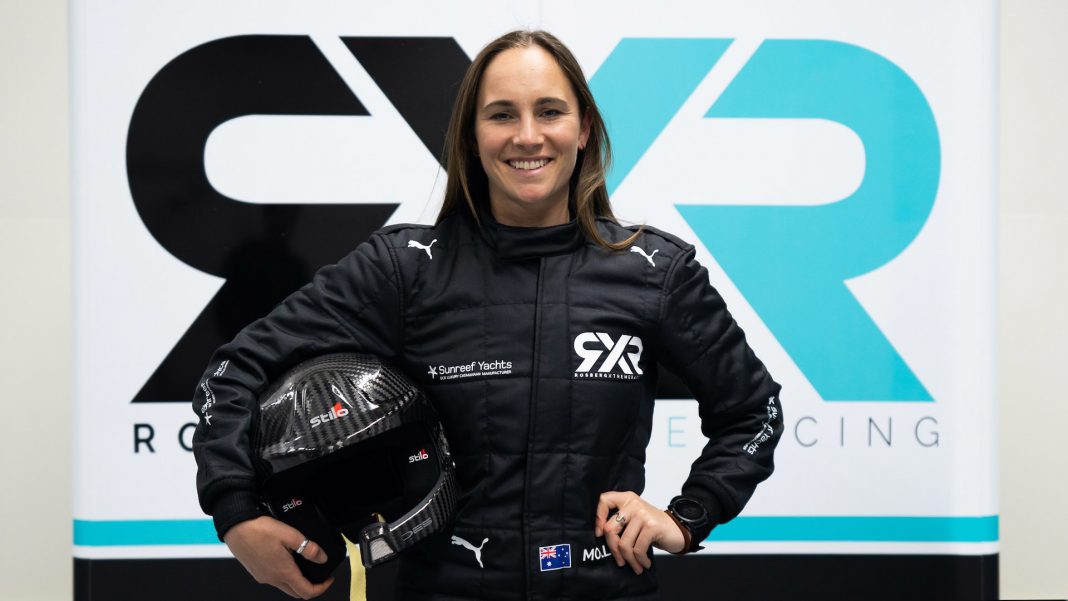 Molly Taylor is an Australian rally car driver who signed for Rosberg X Racing, a team founded and owned by former Formula One Champion, Nico Rosberg. Nico’s team will be competing in the inaugural season of Extreme E, an all-electric off-road racing series that that place all around the world, where it sets out to highlight the impacts of climate change.

TotallyEV interviewed Molly to discuss her experiences in motorsport and gave us an insight into her involvement in the racing series.

What or who got you into racing?

It would have to be my family as I grew up in a motorsport family. My mother and father both met through racing, where my mom was a professional co-driver for about 18 years and won three Australian titles.

Motorsports was very much part of my upbringing, but it wasn’t until I was about 16 that I actually thought about doing it myself. We were getting our licence to drive on the road and my father wanted both my sister and I to be competent drivers. As such, we went to his rally school to get to grips with how to drive a manual and learn basic car control. To me, however, it was more than just an experience as I got to hop into a rally and had a taste of what my parents loved for numerous years.

It was truly from here where I started to compete in smaller events, which then led to me competing on a much grander scale. 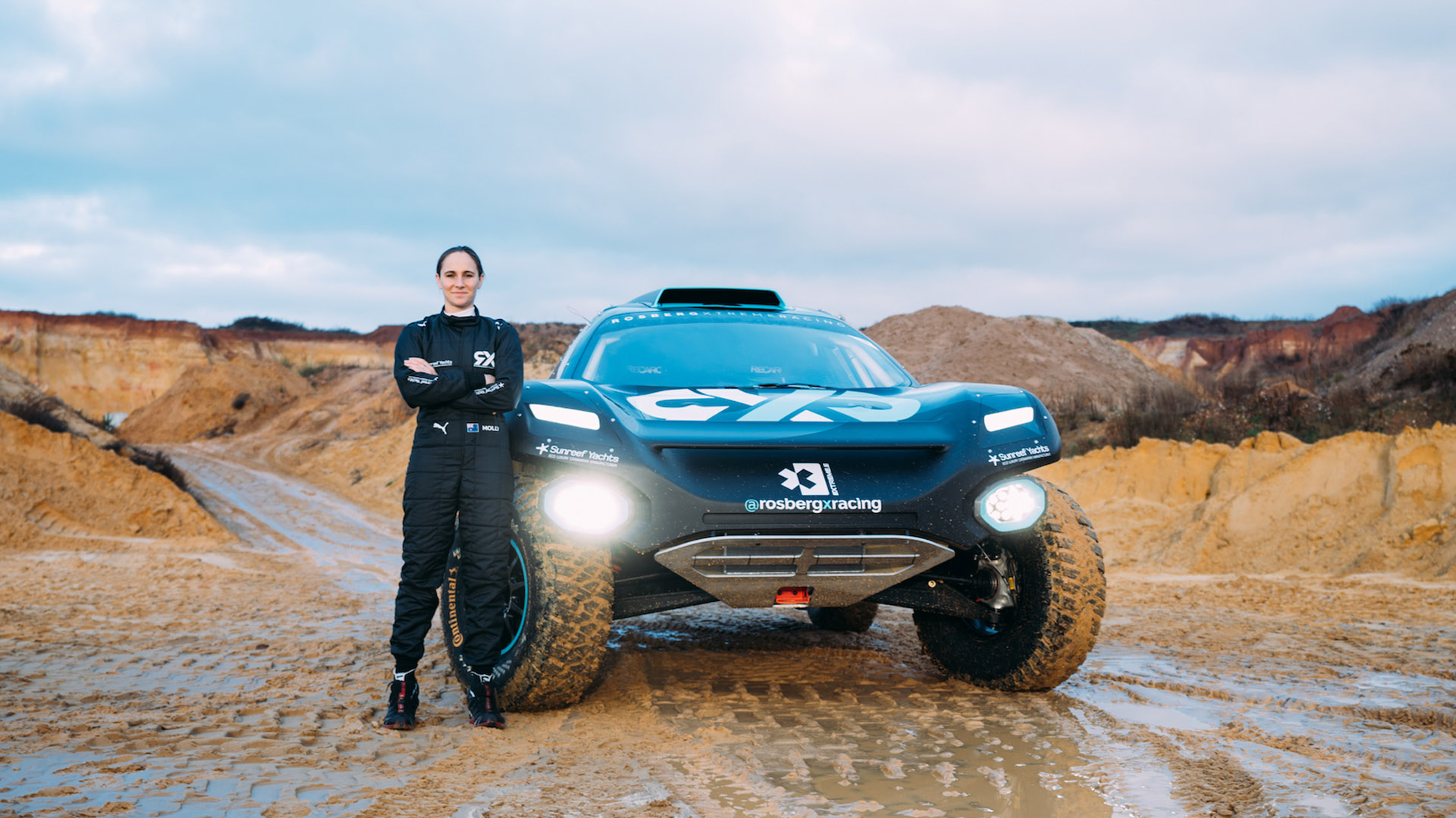 Would you say that your love for equestrian sports played a role in your career?

Definitely. I think it was probably just that desire to have an adrenaline rush. At a younger age, my goal was to become an Olympian and coincidentally at that time, I had my own driver’s license and had a taste of rally cars. I then realised that a couple of hundred horsepower was better than one!

That’s when I made the switch. Still, I think that from a young age, having had some sort of goal helped me pursue my career in motorsport.

Indeed, in horseriding one has to look after a live animal; you can’t just ignore the animal because you’re feeling lazy. I think that discipline and work ethic, alongside galloping over a cross country course with a real adrenaline rush helped me become the driver I am today.

As for getting into motorsport, one of your biggest highlights was a title win in the 2016 Australian Rally Championship. How did it feel to be the first and only female driver to win, especially given your age (28), at the time of winning?

I think it was pretty surreal. It’s something that I wasn’t really expecting and that year was the first I had with Subaru, and even my first year as a factory driver.

At the time, it wasn’t in my goals to become the champion – being top five in the championship was really what I set out to do; I thought it would take a few years to come close to winning. 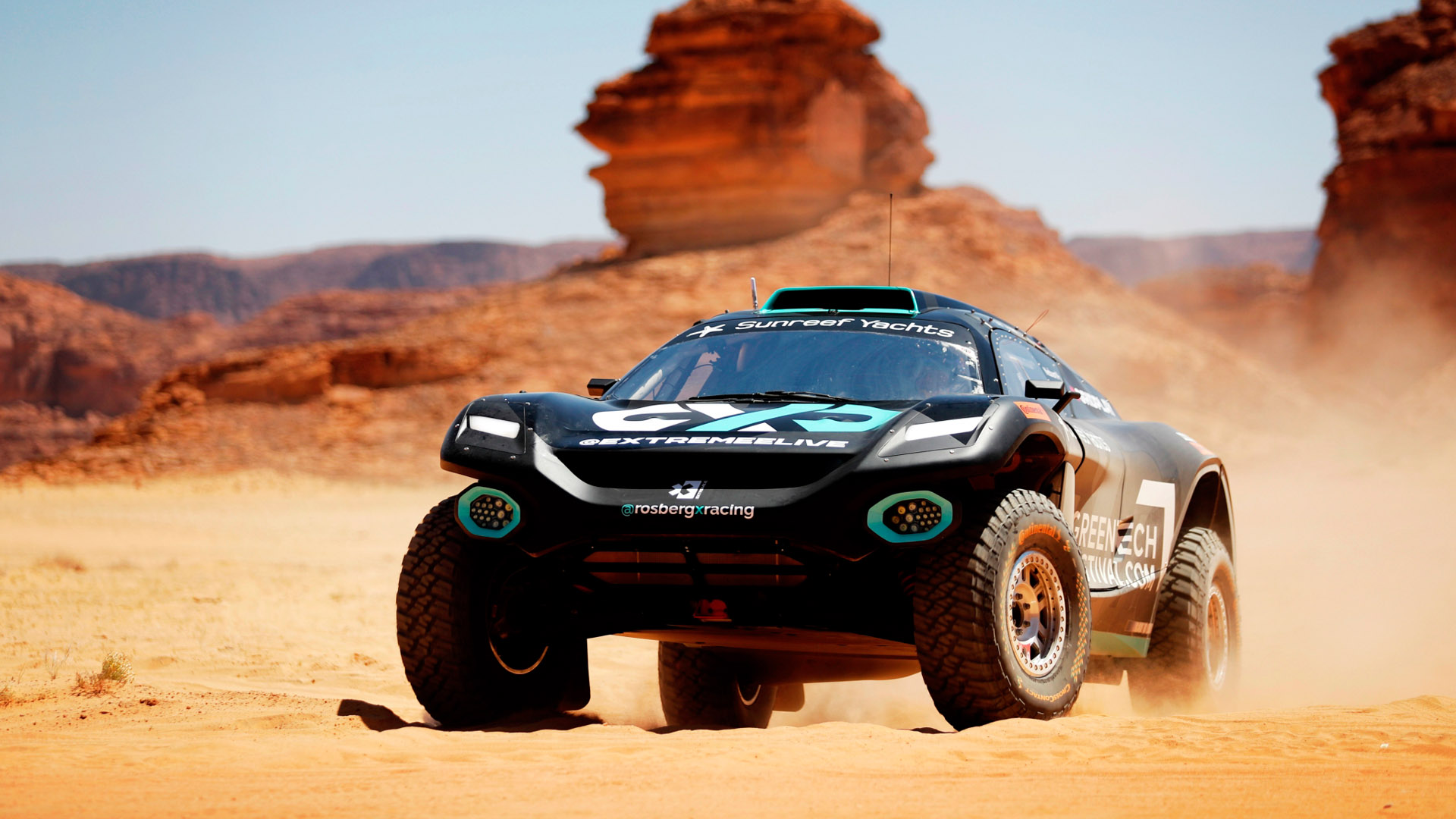 Honestly, it was all a bit of a blur and was obviously special being the first female driver to win it. Truly, it didn’t matter if I was the first or the 10th female to do it, being champion no matter when is the most important factor for me.

Looking at it from a different perspective, it allowed me to raise awareness to younger aspiring female drivers that it was possible to achieve their goals in motorsport. That to me was very powerful and sent an important message. I don’t think I quite appreciated at the time but now I can see how it’ll hopefully help aspiring female drivers to think that motorsport is a place for them too.

Looking back to the start wherein 2011 you took part in a World Rally Championship, where you were the only female driver: how do you feel things have progressed since then for women in rallying?

We’re seeing a lot more young girls come out in the grassroots motorsport, which is really exciting and I think a lot of that is to do about the visibility of more females, higher levels of motorsport, and just a wider variety of roles within the space.

It’s fantastic but we still have got a long way to go. I think for me in particular, I was lucky that my mum was competing professionally in the sport. I always had this huge visibility of females competing at the highest level in Australia. I never really had these barriers of perception that would have influenced my desire to get involved or knock my confidence in that something that I know I could do.

What I see now with females like myself being out there, active and visible in the sport, is that it’s giving that similar kind of image to young girls now. So, what’s going to be really excited is the next generation of girls that come through the ranks. It’ll be interesting to see how that might shake up the mix of gender equality in the future.

Furthermore, motorsport is one of the only sports that doesn’t divide people based on their power or strength (be it from training or nature). There’s no reason why a female can’t compete at the same level as a man in racing – nothing stops them from driving a car fast.

You were the first woman outside of the UK to win the British Ladies Rally Championship. Was it hard to compete at an international level?

It’s very difficult at an international level. I think when I went over there, I was 20, I just finished school and moved over to the UK on my own and had this grand idea of what it was all going to be like, almost how the movies paint it. 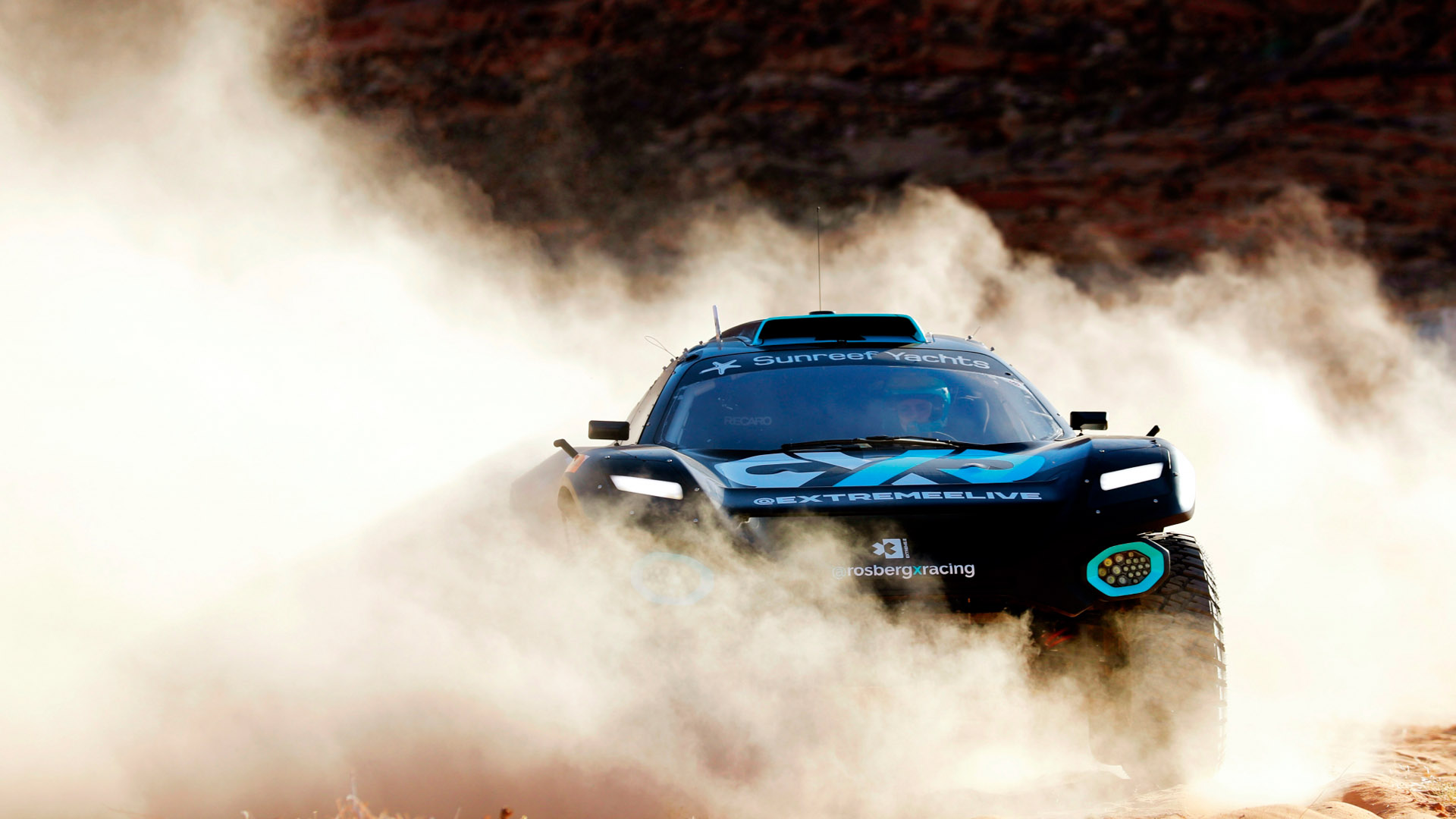 The reality was a lot different, and while I had an amazing experience, it was tough being on the other side of the world on your own trying to find money and scraping by all the time. More so, the level of competition was so much more intense, the events were harder where everything was new to me.

Even the little things add up: In Australia, I had a van and trailer in the backyard, and there was always someone that could help load the car. Overseas, however, you have to find people that you can rent these things off and help you out. I didn’t have that support network around me. It was a huge challenge but then also presented so many more opportunities for me, which all made it worthwhile.

As for Extreme E, you were selected to be part of the Drivers’ Programme. Do you feel about helped secure your place for Rosberg X Racing?

That’s a good question, I’m not sure. I hope that by putting myself forward and indicating that I want to be involved from the start helped. I love what Extreme E stands for, and I think every team wants a driver to be invested in the series that they’re taking part in, let alone the competitive side, too. But yeah, who knows?

Does having someone like Nico Rosberg, as a team owner, help motivate you?

Yeah, definitely. One of the things that really excited me about Rosberg X Racing was having someone like Nico, with his passion for the purpose and also his love for motorsport and winning, where he’s experienced it all before. It was a dream come true. To think that a few years ago I didn’t know about Extreme E, where if someone had told me: “you’ll be driving for Nico Rosberg in this all-electric racing series that pioneers in the future of motorsport and tackling climate change”; I would have not have believed them nor thought something like that was even possible. It’s pretty surreal! 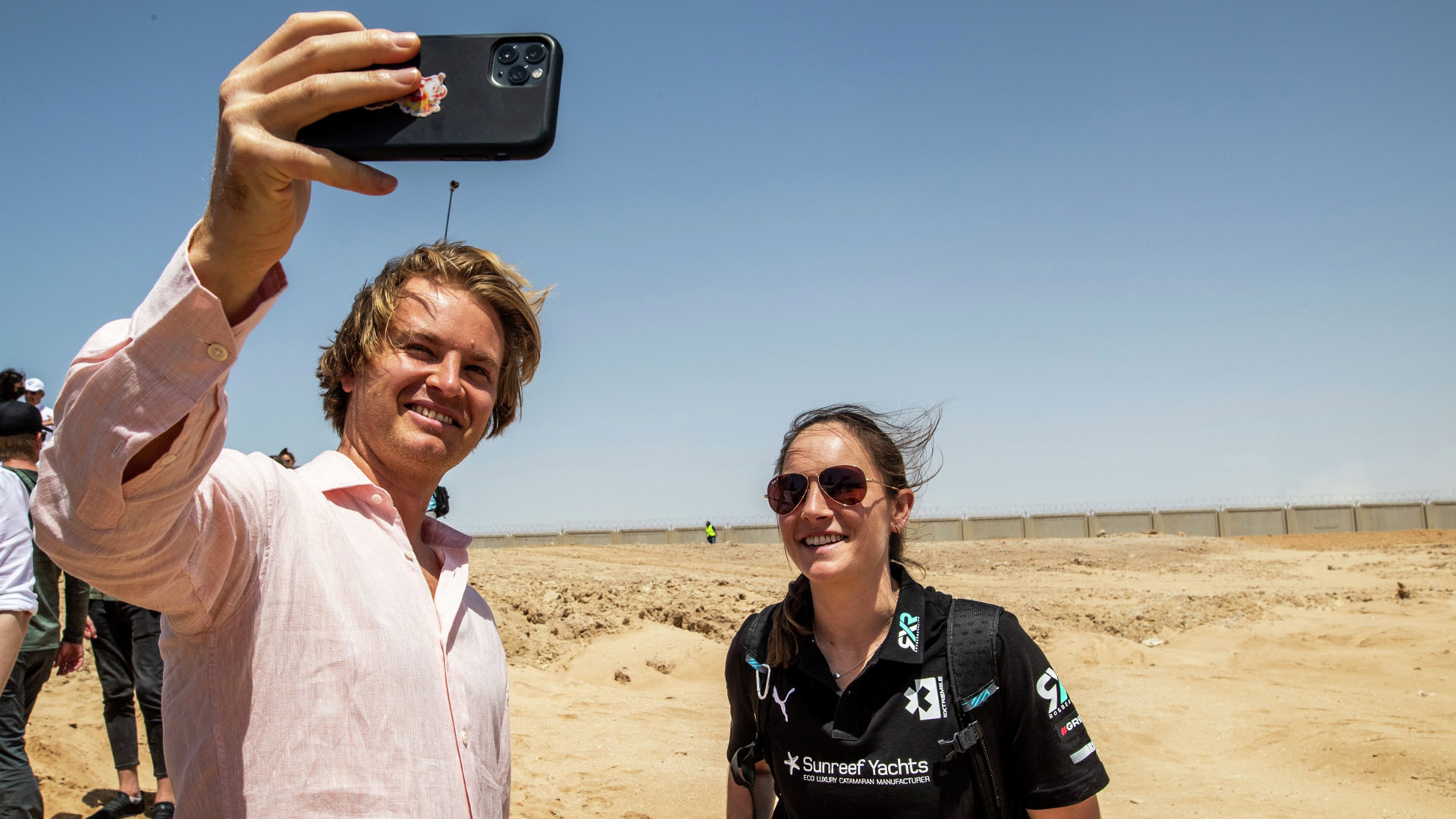 Why excites you about Extreme E, namely, in comparison to what we’d call regular rallying?

Yeah, a lot excites me about the sport! Being able to race in all these different locations, in this 550 horsepower electric SUV, alongside other drivers and particularly ones of this calibre that we have in the Extreme E field is all incredibly exciting.

To add another cherry on the top: being able to be part of the cutting edge of the future of motorsport and being able to use our passion for it in a way that’s going to make a positive impact on the planet, is a pretty special combination. Being able to combine all of that and have that deeper meaning behind what you’re doing and why you’re doing it is special.

How does the Odyssey 21 SUV compare to other rally cars you’ve been driving or racing over the years?

It’s a lot bigger, obviously, it being an SUV. It’s heavier but also more powerful. It’s also an all-electric vehicle, which means you get instant torque from its motors, whereby the power delivery is very different, too. Honestly, the whole driving experience is very not similar to what you would expect from a traditional rally. Although, I was surprised how car-like the Odyssey 21 is to drive; just having an instant amount of power at your fingertips is a pretty fun way to go about it!

Have you been involved in tailoring the SUV to your needs? For example, in terms of developing the racing vehicle?

We had a two-day test in Spain in December 2020, where all the teams got a chance to get to know the cars. It was a very condensed programme. But within that time, we still had the ability to tailor the likes of the suspension, power distribution and thinker with a few things as drivers. So, that’s where Johan [Molly’s co-driver, Johan Kristoffersson] and I will work together to try to use that knowledge from the few kilometres that we have to get the best setup that we’re comfortable with.

Smart data can help solve the challenge of EV infrastructure