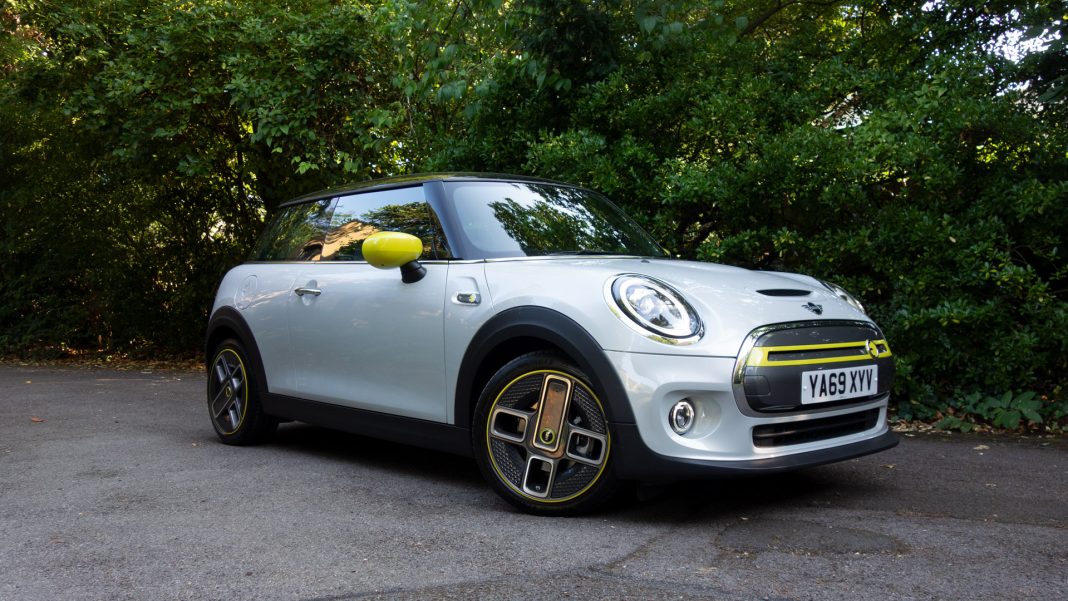 As soon as a vehicle is driven off the forecourt, the value instantly drops. However, there is discussion around whether a more premium car can hold its value for longer. But what about electric vehicles? To what extent does this apply to the ever-growing green cars we have on our roads?

Electric and hybrid cars are becoming increasingly popular and are starting to enter the second-hand market, meaning a lot of people may be wondering how well certain models hold their value.

New research from Compare The Market has delved into the data of ‘new’ prices for the most common plug-in and hybrid vehicles to ‘used’ prices to reveal how much electric and hybrid cars depreciate in value and those which hold their value the most.

Electric vehicles with the lowest depreciation

The electric vehicle which holds its value the best is VW’s electric version of the Golf, with used models selling for an average price of £23,248 – three-quarters of its ‘new’ (£31,025) price three years ago.

This is followed by two Tesla models: the Model S 75 (26.7% depreciation) and Model X 75D (27.5%). Teslas are among the most expensive electric vehicles overall and benefit from regular software updates which may be why they retain their value so well. 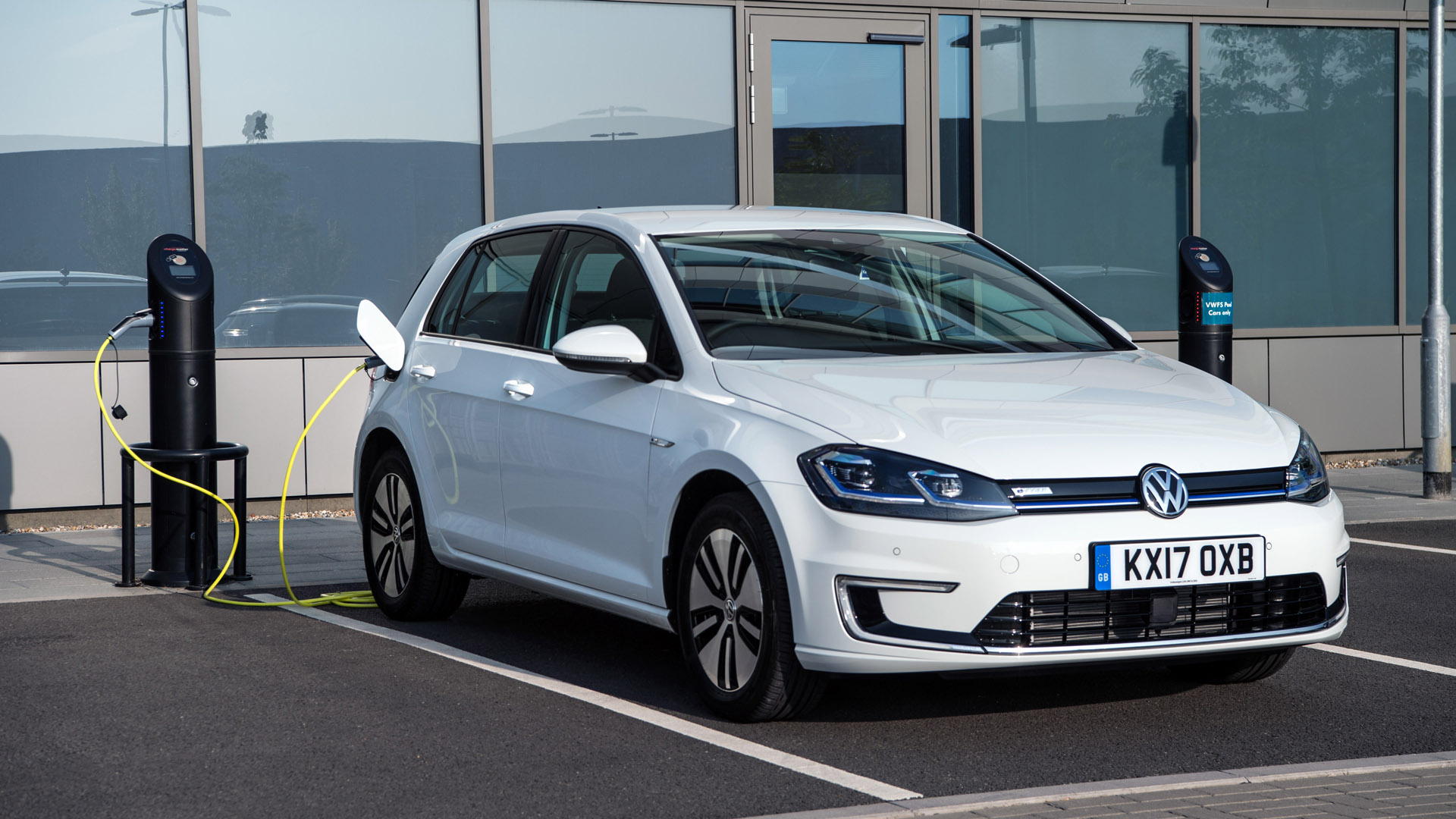 Electric vehicles with the highest depreciation 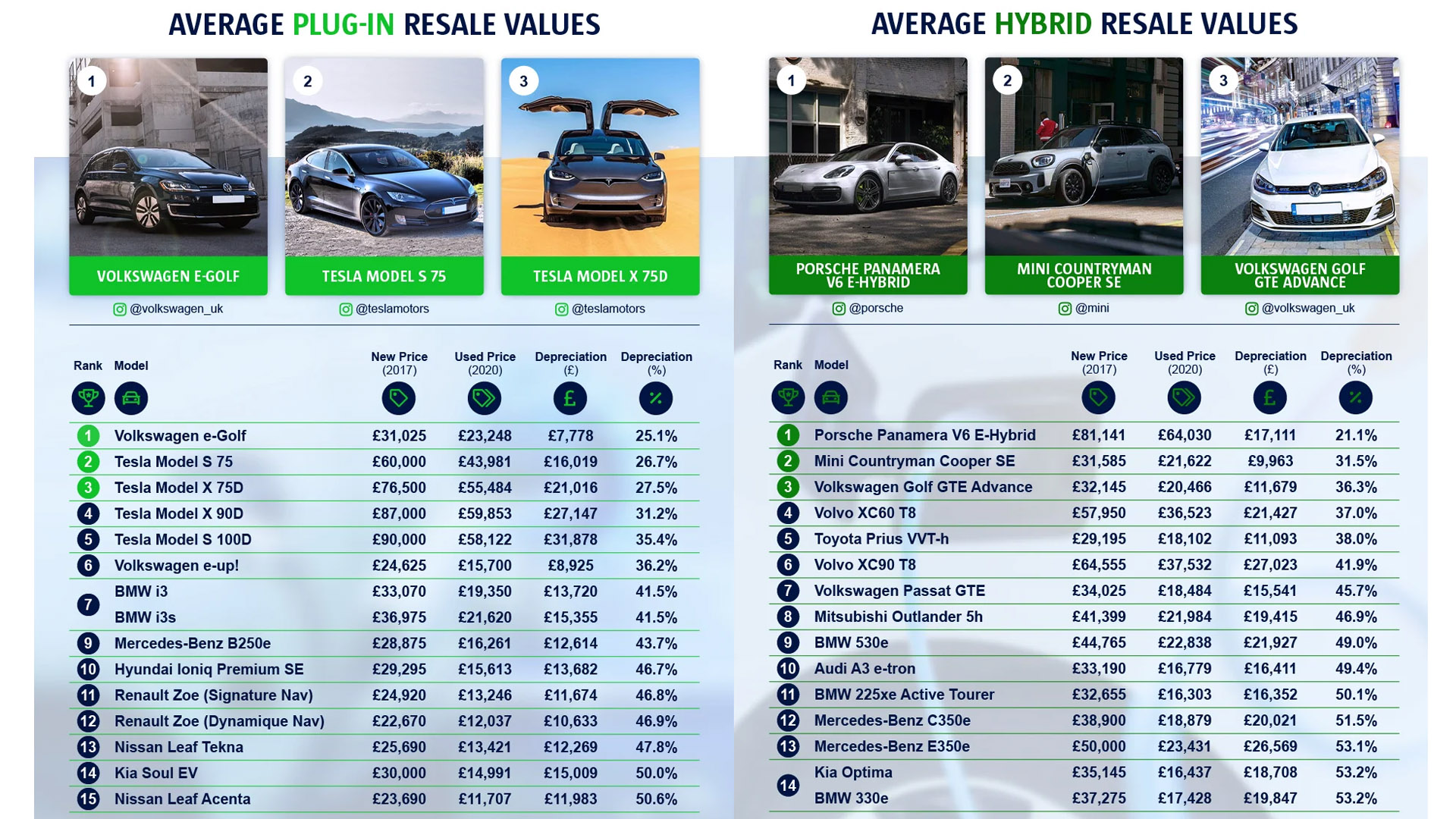 Hybrid vehicles with the lowest depreciation 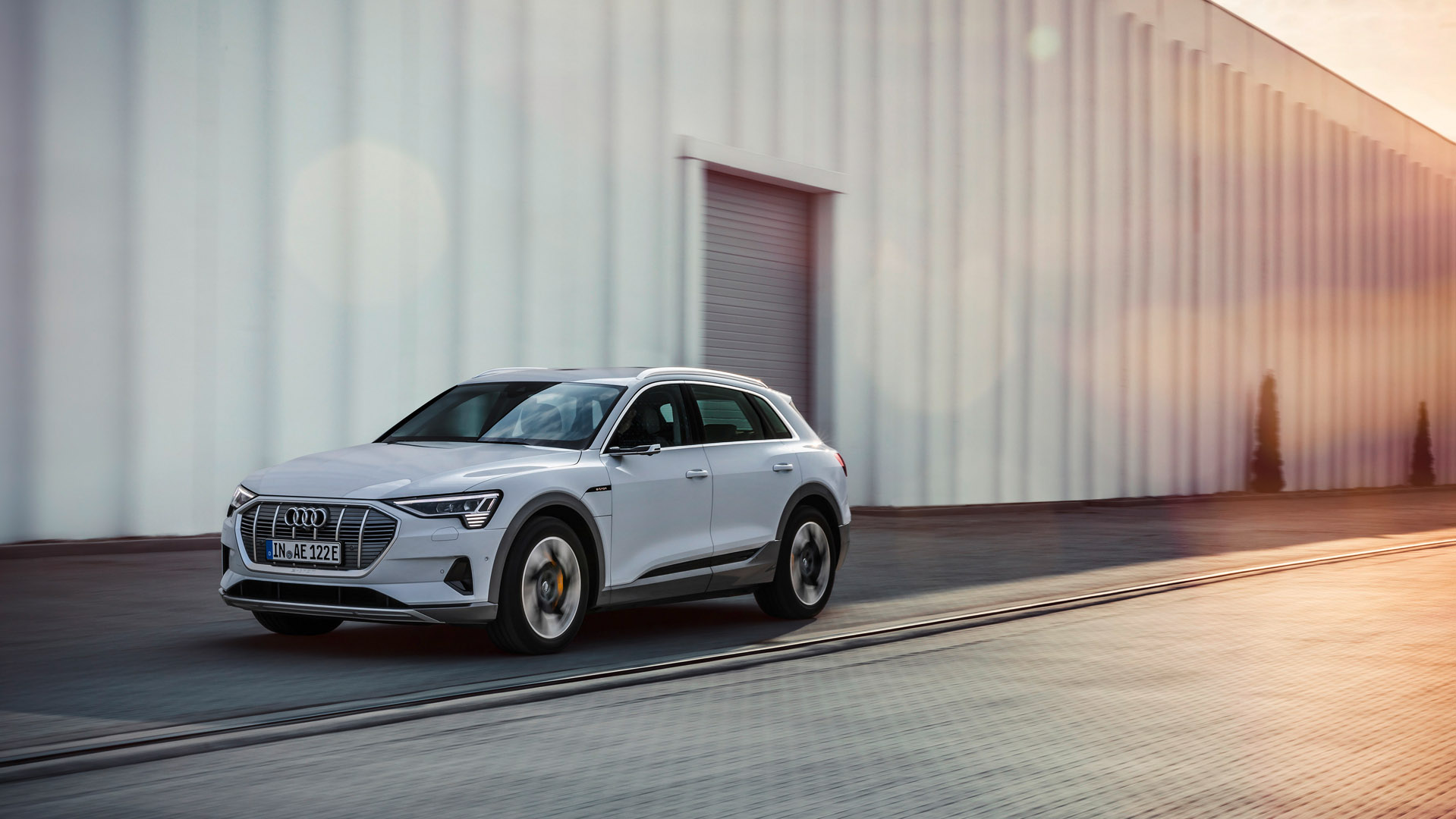 Hybrid vehicles with the highest depreciation

The Audi e-tron has just overtaken the Tesla Model 3 as the best selling car in Norway, which is an exciting development for Audi, who’s A3 e-tron ranks as the fifth worst model which loses value.