Small-sized all-electric cars have garnered a reputation of being impractical and are often bound to remain within the city due to their limited driving range. Step forward the new Renault Zoe, a five-door hatchback that boasts up to 245 miles range on a single charge.

Initially released in 2012, the electric supermini has undergone a few iterations. Now in its third generation (ZE 50), the vehicle houses a 52 kWh battery pack that supports fast-charging and has up to 100 kW (135hp) of power thanks to an all-new R135 electric motor.

If you’d prefer to watch a review of the Renault Zoe, head on over to our YouTube channel.

The Zoe is available in three trims: Play, Iconic and GT Line. The Play starts from £26,995, which comes with the R110 electric motor that outputs up to 80 kW (110hp) of power. As standard, the Zoe Play come with the following options: 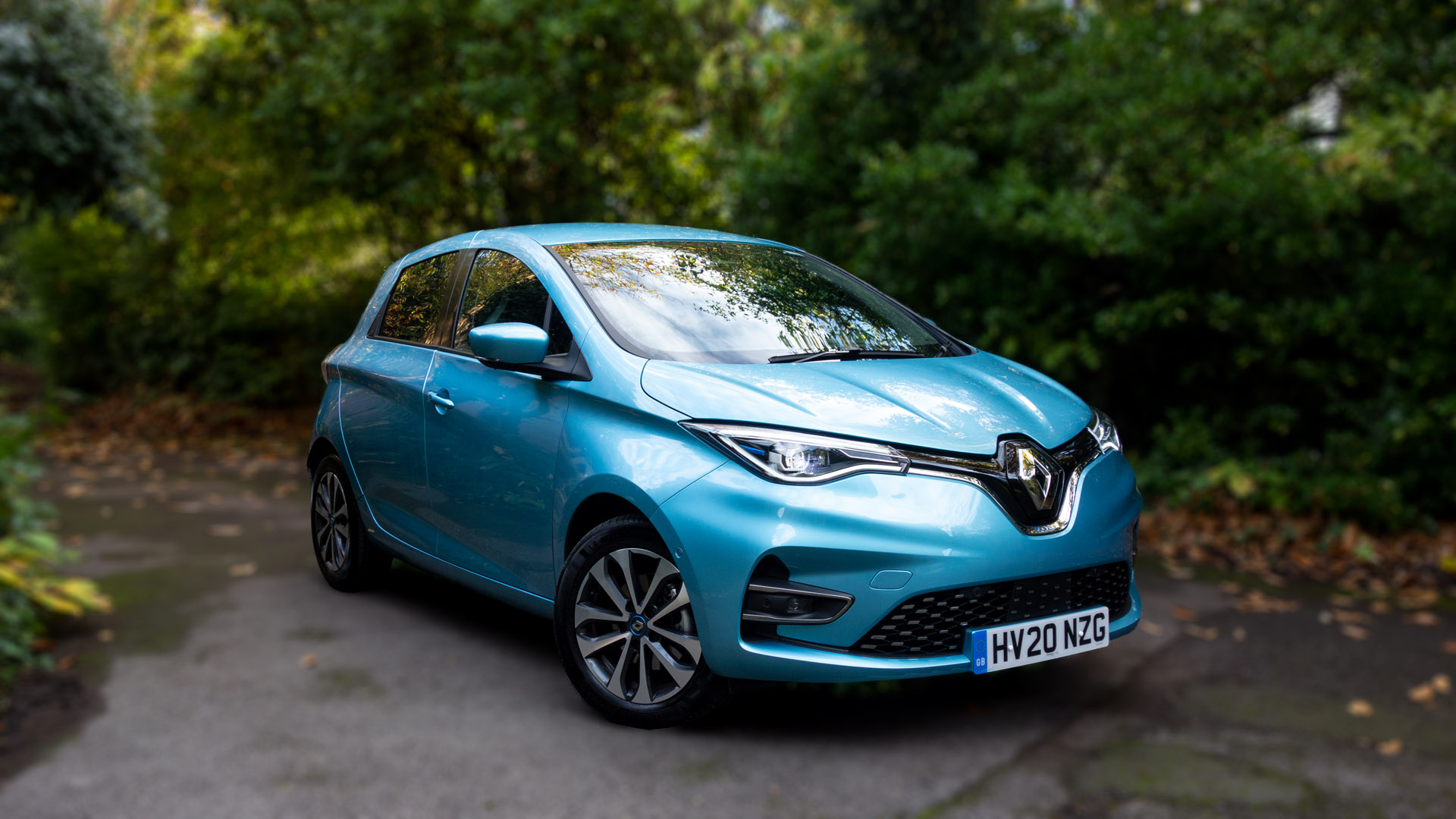 The Iconic trim includes everything from the Play but adds the following options as standard:

Move over to the top-spec GT Line, which is available with the R135 electric motor only, and it’ll start from £30,495. The Rapid Charge model on review starts from £31,495. On top of the Iconic, the GT Line adds:

Looks are subjective, and we find the Zoe has a somewhat uninspiring design. It’s similar to the less expensive Renault Clio, which starts at £15,895 (the hybrid model at £20,995) and doesn’t stand out from the rest of its competitors. It’s certainly not as unique as the Honda e, for example.

Still, its non-sporty nor aggressive design will bother most consumers who are on the hunt for a practical family-sized five-door hatchback. Much like some of its rivals, the Zoe houses its charging port at the front of the vehicle. Concealed under the Renault logo, the latch, which can be disarmed by the press of a button located by the driver’s side door, reveals a Type 2 port. A CCS inlet is also present on Rapid Charge models.

As for colour options, Glacier White comes at no additional cost. Highland Grey, Titanium Grey and Diamond Black are a £560 premium; Zircon Blue, Quartz White, Flame Red, Aconite, and the pictured Celadon Blue are a £660 option, instead.

Much like the exterior, the interior design is neither garish nor extraordinary different from Renault’s other vehicles. This is, however, a welcome sign over the cheaper VW e-up! and Seat Mii Electric that both have a less premium look and feel; while on the other end of the scale, the Honda e and Mini Electric both have a more exciting interior design.

Nevertheless, the Zoe’s interior is, in most parts, practical. The centre dashboard has a vertical 9.3″ display (7″ in the non-GT line) that supports Android Auto and Apple Car Play. The operating systems work flawlessly, where the former even integrates navigation data with the vehicle’s instrument cluster. A cut above the rest.

Through the infotainment system, one can adjust the media volume and tinker with the vehicle’s settings. The rather simplistic menu system is easy to operate and touch sensitivity is passable. As standard, the Renault Zoe comes with a six-speaker audio system, which we find provides plenty of excitement throughout the frequency range. If you’d like to hear how it performs, watch our dedicated review on YouTube. You can also bolster the system’s output by adding a subwoofer and amplifier into the mix via the £500 Bose option.

To connect to the car, Renault has integrated two USB sockets (for Android Auto and Apple CarPlay support) and an auxiliary 3.5mm input under the vehicle’s physical climate controls; these reside next to a 12V cigarette lighter, too. You can also wirelessly connect to the system over Bluetooth, though, the Zoe is limited to the lowest-quality SBC codec, only.

On the subject of wireless connectivity, the GT Line has a wireless Qi charging pad beneath the ergonomically designed gear selector. Next to it sits the e-brake and Auto Hold buttons, and two cupholders.

As for the instrument cluster, it’s comprehensively laid out and plenty bright. The digital cluster displays speed, remaining charge, and a power gauge. The latter will display the optimal power needed to drive in its most economical mode – more on this, below. At the centre of these two digital dials, you’ll find a semi-customisable display, that can display vehicle statistics and navigation data, among other things.

Onto the steering wheel, where there are cruise control buttons on the left and instrument cluster settings on the right. Our biggest complaint is the convoluted media controls that reside behind the steering wheel on a separate lever. It’s not intuitive nor easy to operate; it’ll take some getting used to, namely if you tend to skip through music tracks.

Despite not standing out from its rivals with neither its exterior or interior design, the Renault Zoe makes up for its inherent lack of Va Va Voom with the amount of usable storage space. At the back, there’s 338 litres and if you pop down the seats this figure extends up to a staggering 1,225 litres.

Inside the cabin, there’s enough room to fit a 500ml bottle alongside a wallet or purse in the front door compartments. At the back, the rear doors are a little more strapped for space, whereby a phone or thin wallet will just about fit.

At the rear, you’ll find three seats, which is a rarity in an all-electric hatchback; most only opt for two rear seats, instead. This makes the Renault Zoe even more practical for those who intend to use the car on school runs – a parent can take up to four children.

The seats themselves are also cushiony soft. At the front, the two are part adjustable; they have a fixed height, as the Zoe’s battery pack resides throughout the underfloor of the cabin. As a result, ride height might be an issue for those who have a long torso – 6-foot (182cm) or slightly taller individuals shouldn’t have an issue, however.

As for legroom, it’s plentiful across all five seats. The same couldn’t be said about headroom at the back, where it’s limited. At the front, it’ll depend on how tall you are but we didn’t encounter any problems ourselves.

When it comes to cabin noise, Renault has insulated the vehicle’s cabin pretty well. Road noise is kept to a minimum, and while it might not compete with more premium vehicles on the market, it’s impressively quiet over some of its competitors, namely those on offer from the Volkswagen Group.

Unfortunately, the same praise couldn’t be said about its handling characteristics. Due to having soft suspension (which plays a key role when driving over potholes), the car suffers from body roll when driven at speed around country roads.

Likewise, its steering wheel feels disjointed from the front axle. There’s very little driver’s feel, which makes for a lacklustre experience in comparison to its competitors, namely the Honda e and Mini Electric, which both surpass expectations in this department. 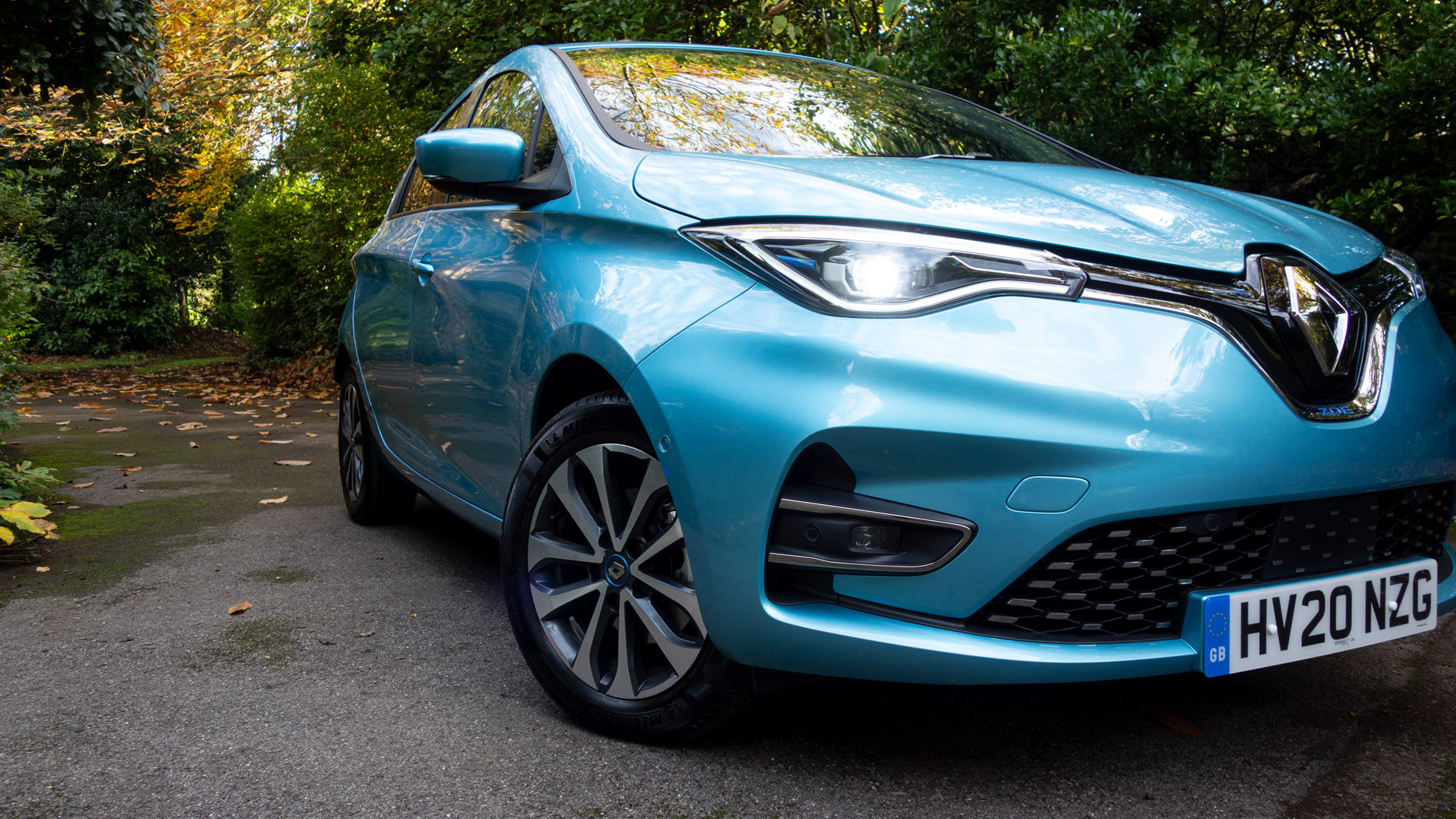 Here, in Normal driving mode, the vehicle has a responsive accelerator pedal and is quick to decelerate with B-mode activated. Switch to Eco mode and the car becomes sluggish, albeit more economical to drive.

La pièce de résistance, however, comes from its 52 kWh battery pack that, quite frankly, is the vehicle’s biggest selling point – at least, for an all-electric vehicle. Renault claims it’ll run for 245 miles on a single charge, whereas in our mixed driving tests, we found the car nets closer to 200 miles. That’s vastly better than its competitors, wherein our tests: the Honda e achieves under 90 miles; the Mini Electric under 100 miles; the VW e-up! and Seat Mii Electric around 130 miles. The Nissan Leaf has yet to be put through TotallyEV’s tests.

One can also recoup energy via regenerative braking by initiating B-mode. With a simple flick down on the gear lever, the car adopts a one-pedal approach; it’s not quite as intuitive as some of its competitors that provide a multitude of regenerative braking levels to choose from, but it’s still effective. We would have preferred the option to make it a touch harsher, where we found the vehicle doesn’t come to a stop fast enough for our liking. As with some of its competitors, you’ll need to initiate B-mode each time you step inside the vehicle. A slight annoyance.

Elsewhere, the Zoe supports up to a 50kW input charge (on Rapid Charge models only) via its CCS port. This means you can get 80% charge in 70 minutes. Switch to a slower 22 kW charger via its Type 2 port, and it’ll take three hours to fully charge or a whopping 9hrs 25mins on a 7 kW charger.

Onto driving assistance systems, the GT Line has front and rear parking sensors, a rearview reversing camera, Blind Spot Warning, Cruise Control, Lane Departure Warning and Keep Assist (LKA). The latter is pretty shocking at detecting lines on the motorway in broad daylight. Similarly, the system struggles to maintain driving in a straight line; definitely not its forte. On the plus side, cruise control and blind-spot warning worked a treat and meant for safer driving on motorways. 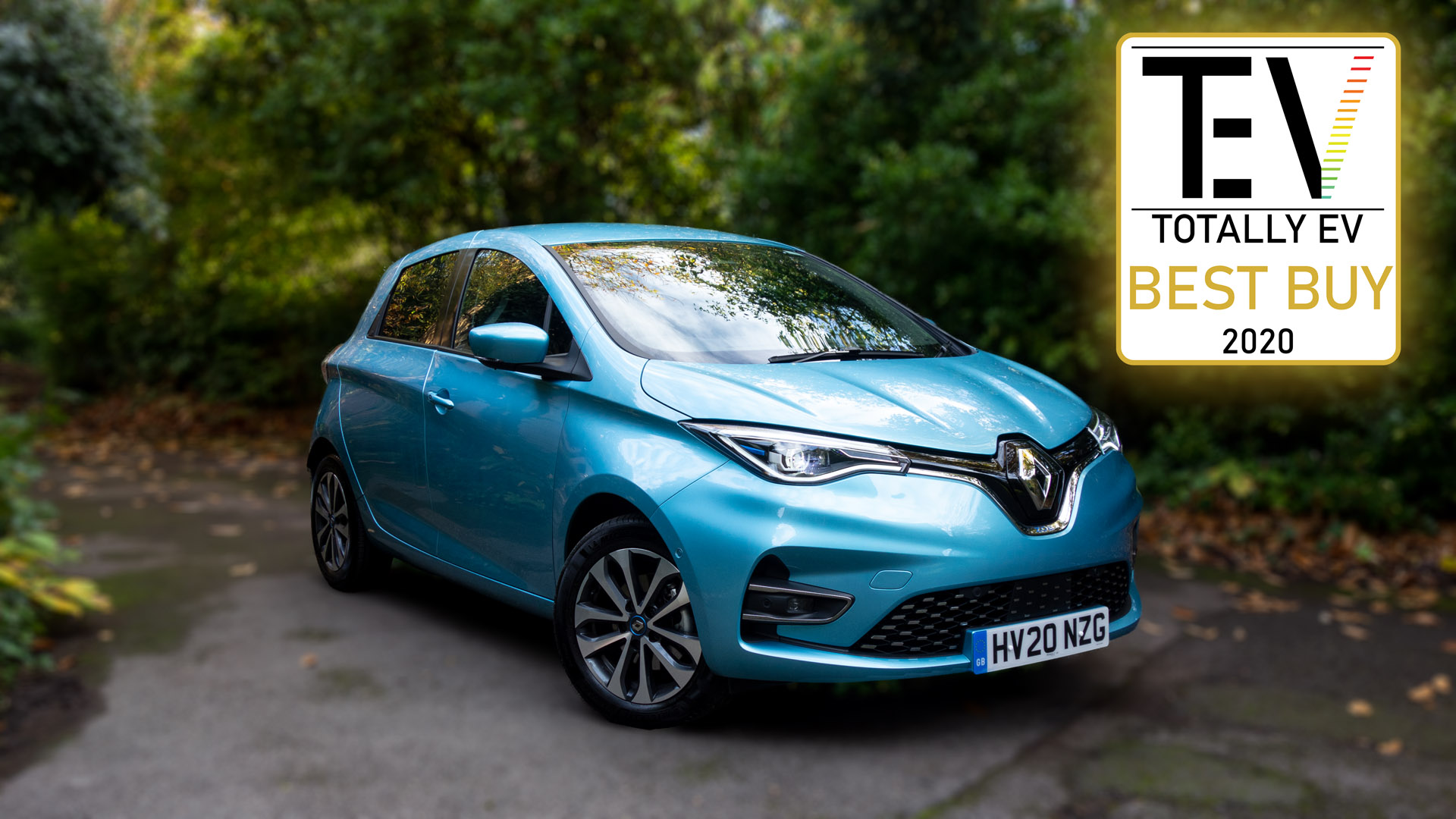 TotallyEV’s verdict on the Renault Zoe

While the Renault Zoe doesn’t excel in every domain, it does, fundamentally fulfil two main criteria: practicality and driving range. Here, the hatchback is unmatched by its rivals, making it a perfect choice for those wanting to transition to an all-electric vehicle for the first time, and have children, elderly relatives or groups of friends to transport.

As a result, the Renault Zoe receives TotallyEV’s coveted Best Buy award and is our choice for families. We’d love to know your thoughts on the vehicle – is it something you’d see yourself driving? Let us know in the comments section below or via social media; we’re on: YouTube, Instagram, Facebook, Twitter and LinkedIn.