TotallyEV
Features Driving tradesmen to go eco-friendly ahead of 2030 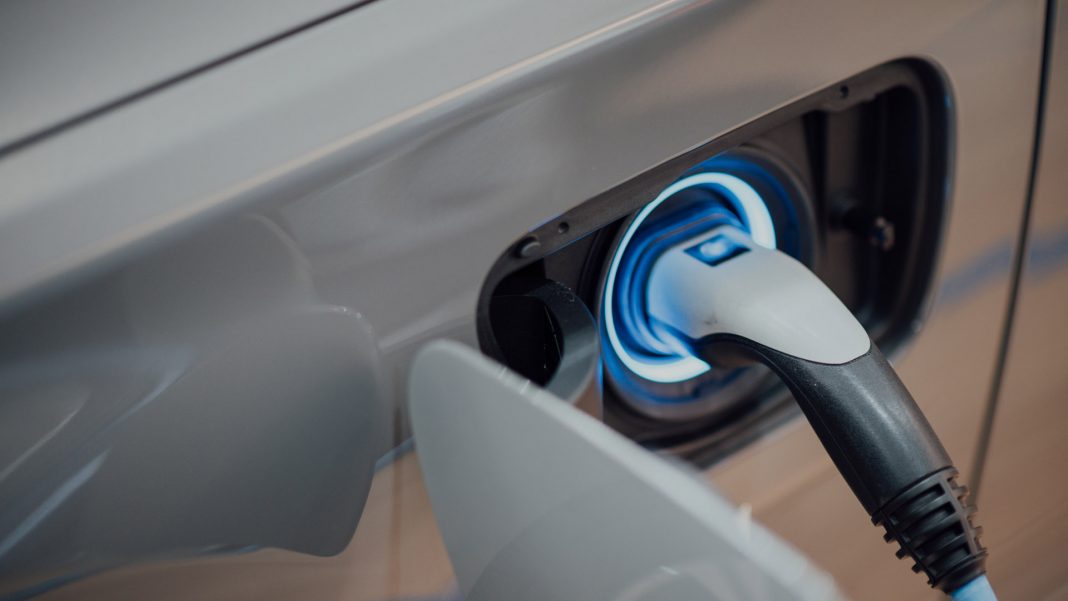 The UK government has set an ambitious target of banning almost all petrol and diesel vehicles by 2030. Many argue that there is still quite a long way to go before Britain has the infrastructure necessary to meet this target.

For instance, some areas of the country lack both public and rapid charging points for electric cars. Nevertheless, with a 184% increase in pure electric car registrations in 2020 compared to figures from 2019, the United Kingdom seems relatively on-track to achieve this by the turn of the next decade.

Read next: Top five things to consider when buying a new car

However, for the UK to reach its ambition, it will require more than just a commitment by car drivers to go eco-friendly. It is also essential that businesses and tradespeople begin preparing to make the shift from fuel to electric vans too. After all, according to the government’s Annual Road Traffic Estimates, there are at least 50 billion van miles driven in the UK every year. Van usage also accounts for approximately 16% of all road traffic across the country.

We tend to read a lot less about electric vans than we do electric cars, so researchers at Confused.com have attempted to identify which are the best options for tradespeople as the 2030 deadline looms in the distance. Their fuel efficiency study reveals which vans provide the best value for money by analysing the purchase price, charge time and total distance you can travel on one charge for a variety of different electric vans. 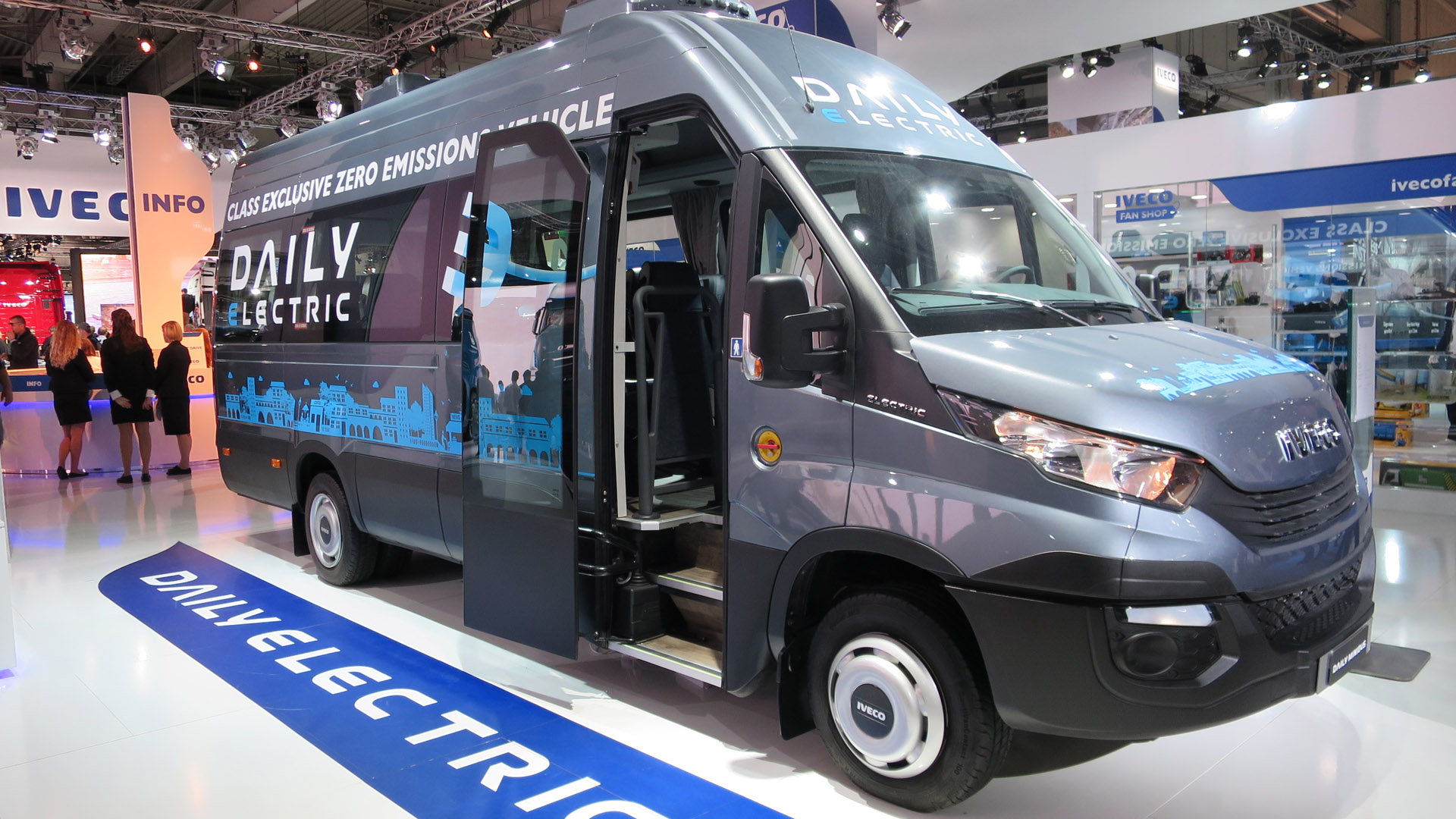 Which are the most range-efficient electric vans?

The Iveco Daily Electric came out on top as the best electric van, according to Confused.com’s study. The Iveco can drive up to 174 miles on a full charge, which costs £13 to reach max capacity, and has a payload of up to 1,652kg. This essentially makes it a worthwhile investment for any tradespeople, businesses and fleets looking to go eco-friendly ahead of the 2030 petrol and diesel ban.

Other electric vans that come highly recommended by the study include the LDV EV80 and Nissan E-NV 200. Both vehicles have a lower range-efficiency but come at a lower price, costing between £6 and £8 to charge up to peak capacity.

The research placed the Citroen Berlingo Electric at the bottom of the list, driving only 68.4 miles on a full charge. The Citroen has a battery capacity of 22.5 kWh that takes over 6 hours to charge, which pales in comparison to the aforementioned vehicles from LVD, Nissan and Iveco. 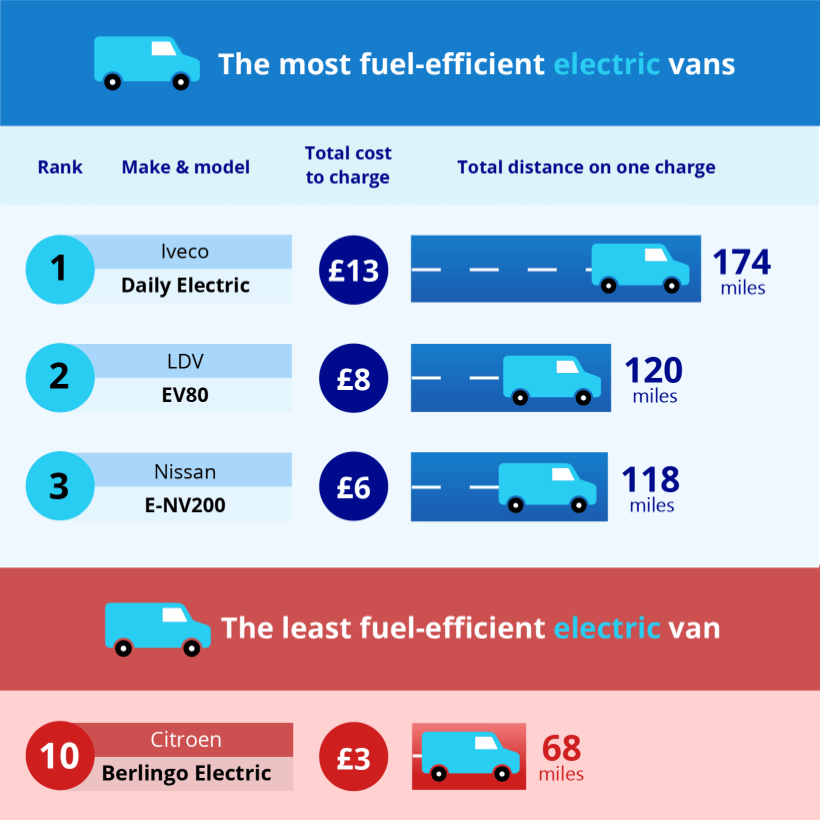 Which are available with the Plug-In Car Grant?

Due to the urgency of the climate crisis, the government has announced the Plug-In Car Grant. This grant will allow drivers to receive a huge saving if they purchase a new electric vehicle up to a maximum value of £8,000. Tradespeople will be able to make the most of the Plug-In Car Grant as many vans fall under the scheme as well.

Although the Iveco Daily Electric is not one of these vehicles, the LDV EV80 and Nissan E-NV 200 are both eligible for 20% discounts off the purchase price. So, too, is the Citroen Berlingo Electric.

Some of the other electric vans eligible for a 20% discount through the Plug-In Car Grant include the Renault Kangoo, Peugeot ePartner, BD Auto eTraffic, Mercedes eSprinter and many more.