The Nissan Qashqai has seen worldwide success following its introduction to the market in 2006. Now in its third generation, the compact crossover SUV is being sold with e-Power technology, a unique take on a hybrid powertrain.

Indeed, the Nissan Qashqai e-Power is quite different from other mild or plug-in hybrids. It uses a 1.5-litre variable-compression turbo (VCT) petrol engine to charge the battery pack, which in turn powers the electric motor. The ICE is disconnected from the wheels, which means it’s only the electric motor that drives the front wheels.

If you’d prefer to watch a video of the Nissan Qashqai e-Power, head over to our YouTube channel.

Housing both an electric motor and petrol engine, means the Nissan Qashqai e-Power is the most powerful to date. The abnormal setup outputs 140 kW (187 hp) of power and 330 Nm of torque. The new Qashqai houses a 55-litre fuel tank.

During our short drive, we weren’t able to launch nor conduct a realistic fuel efficiency test, however, we did pay close attention to how the powertrain would react to power draw. It was quite intriguing to say the least.

The combination might seem baffling to most, but Nissan claims it was designed to improve efficiency and remove any range anxiety consumers might have when switching to a hybrid powertrain.

Given its setup, the Qashqai e-Power cannot be recharged using an external power supply; in other words, it’s not a plug-in hybrid. You can, however, recoup energy by means of regenerative braking. Here, the Japanese automaker has integrated e-Pedal mode, which is similar to that of the Nissan Leaf; this allows for one-pedal driving around town and harvests energy at a faster rate. 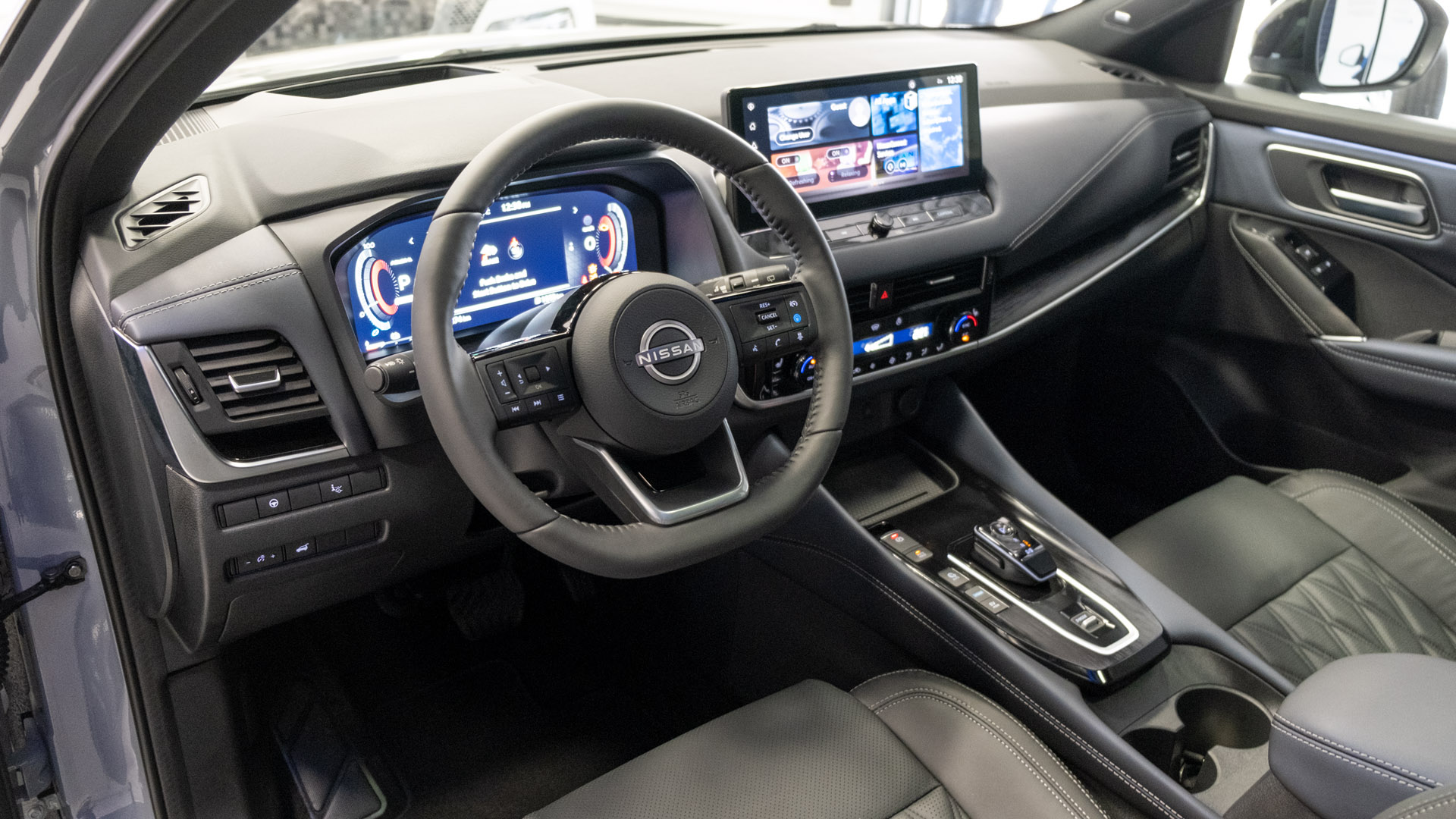 As for its handling characteristics, the new Qashqai does suffer from body roll and hasn’t got the most serene interior namely due to the 1.5-litre engine that can be heard churning away at the front of the cabin – of course, only when in operation. That said, we don’t suspect many will be throwing the family-sized SUV around corners, whereby the disjointed steering input makes for a very comfortable driving experience in and around town. Its suspension setup is also unsurprisingly soft.

When it comes to its design, the exterior is very similar to that of the regular petrol model. The vehicle has a stylish front and rear profile, whereby with the former one can distinguish the e-Power model by its part-covered grille design.

Inside, the SUV retains a  practical design, where physical buttons can be found on the steering wheel, dashboard and centre console. The infotainment system is vivid, responsive and supports Android Auto and Apple CarPlay as standard. The fully digitalized instrument cluster also bolsters the use of technology within the cabin.

As for storage, there’s an ample amount of space in the boot, where there’s an underfloor compartment and side areas to transport goods; 60:40 split-folding rear seats aren’t as practical as 40:20:40 seats that can be found in rival offerings.

Inside the cabin, there’s plenty of room as there’s a large centre console area, a sizable glove box and four door bins. A set of cupholders can be found at both the front and rear of the cabin, the latter residing within the armrest.

Moving onto comfort, the Qashqai e-Power provides accommodating cushiony soft seats for all five occupants. Headroom and legroom at the front are a non-issue, although are a bit more limiting at the rear of the cabin. Nonetheless, 6-foot 2-inches (188cm) individuals won’t feel henned in.

We’re intrigued to see how the Nissan Qashqai e-Power would fare in our mixed driving tests. The thought of using a petrol engine to power the battery, then the electric motor is a bold move by the Japanese automaker, and we wonder how its latest powertrain will appeal to new customers.

It’s great to see, however, that the Qashqai hasn’t fundamentally changed despite now being electrified. It’s still comfortable, spacious and practical – the three pillars of the petrol model.