The Nissan Ariya is the automaker’s second consumer-led fully electric vehicle. It follows on from the success of the Leaf, which at the time of writing, has sold over 577,000 units since its introduction to the market in 2010. The Ariya looks to follow in the Leaf’s footsteps, but given its larger presence on the road, the crossover SUV is bound to appeal to a different crowd.

If you’d prefer to watch a video of the Nissan Ariya, head over to our YouTube channel.

The Ariya will be available across Europe and the UK in four variations, there are single and dual-motor models – they are as follows: 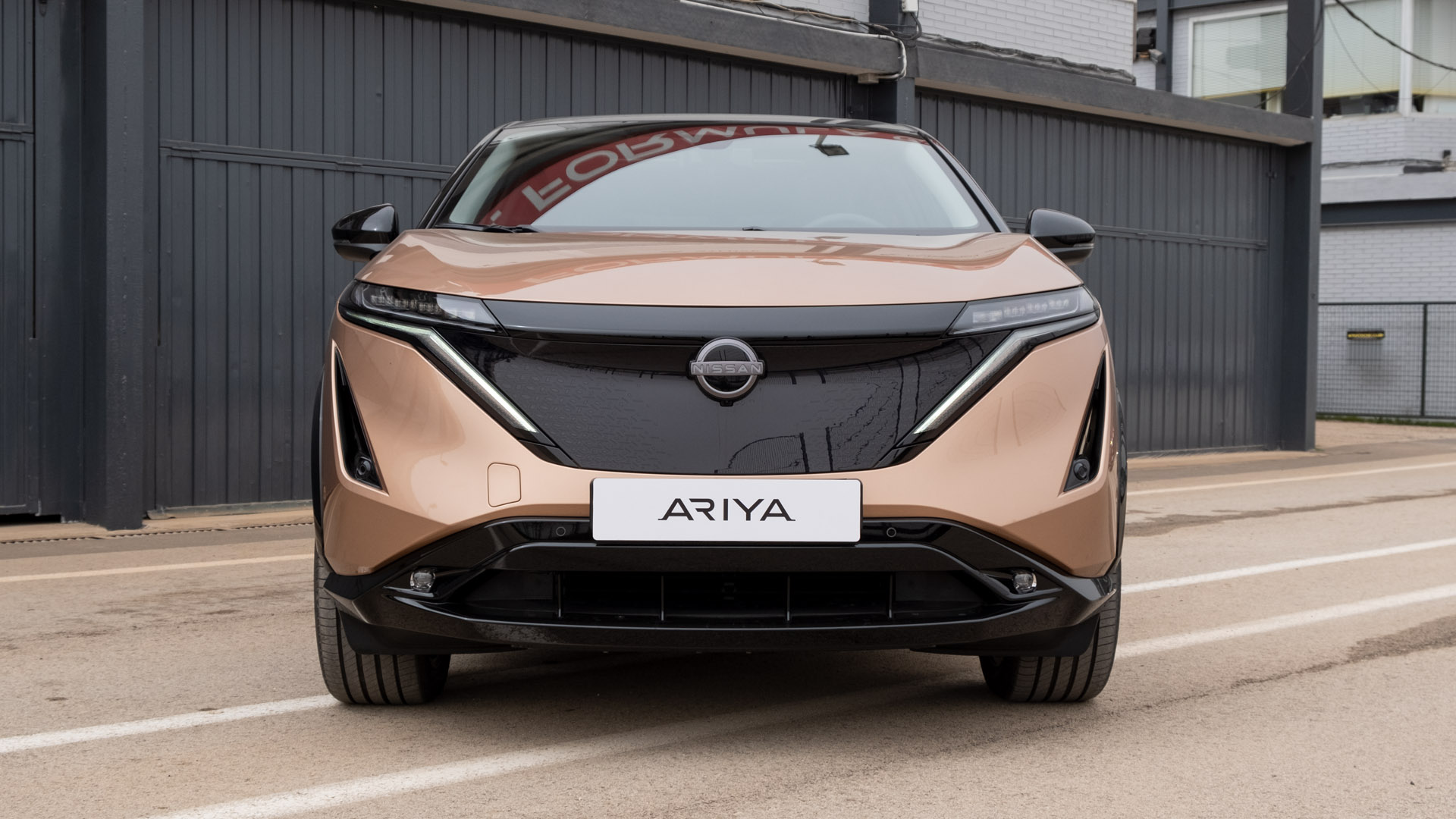 All European models come fitted with a CCS port that supports up to 130 kW of input, allowing for a rapid charge. On an AC charger, as standard, the 63 kWh model has a 7.4 kW onboard charger, while the 87 kWh trims have a 22 kW OBC. The former trim can be added with a faster OBC for £895.

Speaking of which, if you don’t want the larger rims you can add the Nappa seats in the aforementioned trim levels for £1,295. A grey synthetic leather with Ultrasuede inserts is also available as an upgrade for £495.

Elsewhere, both the ‘Bose Tech Pack’, which consists of an Intelligent Rear View Mirror, ten Bose speakers, and an advanced Head-Up Display, and the ‘Sky Pack’ that includes the electric panoramic sunroof come as standard in the Evolve 87kWh and e-4ORCE Evolve 87kWh. These can be added onto the Advance 63kWh for £1,750 and £1,295, respectively.

All the above extras come as standard in the fully-loaded e-4ORCE Performance 87kWh.

No matter the configuration or trim level, all Ariyas look different from other electric SUVs. Indeed, the use of soft curves with an aggressive headlight and taillight design make it stand out. Subjectively, we think it looks fabulous and is arguably the best-looking EV we’ve seen to date.

Inside, the automaker’s Japanese DNA can be seen everywhere you look within the cabin. The steering wheel is practical with physical buttons on either side, behind it you’ll find a 12.3″ fully digitalized instrument cluster that stylishly feeds into the 12.3″ infotainment system. Below the central screen, there are a few physical buttons alongside a rotary volume wheel, and a cluster of haptic-touch buttons. These might not seem intuitive at first, but they’re responsive and within arm’s reach.

Past the dashboard, you’ve got an electronically-movable centre console that has a few more haptic buttons, a physical gear selector and multiple compartments to store your valuables. Better still, there are two glove compartments, one of which is electronically operated via a button found on the centre console. Around the back, there are the door bins and two cupholders which can be found within the retractable armrest.

On the subject of storage, there’s no frunk (front storage) compartment due to the positioning of the motor in all models. Boot capacity is plenty large, however, where there’s 466 litres in the 2WD and 408 litres in the AWD trims. The latter has a lowered capacity due to the positioning of the rear motor. A large underfloor compartment and side areas provide lots of usable space for charging cables or other goods.

As for occupant space, it’s similarly plentiful both at the front or rear of the cabin. 6-foot 2-inches (188cm) individuals will fit with ease, where legroom and headroom are a non-issue. Better still, occupants will feel comfortable thanks to the cushiony and accommodating seats.

During our short drive, we weren’t able to launch nor perform a realistic range test. The model we had was a one-off Ariya Advance with extras that can be found within the Evolve. Lobbed in Sport mode, the accelerator pedal felt responsive, where the steering wheel also stiffened up to provide a little more control to the front axle.

What surprised us the most, however, was the minimal amount of body roll when cornering – at least upon first impressions, the Ariya holds its own and yet drives smoothly. Here, the suspension felt perfectly set up, at least when driven around a circuit. Cabin noise is also kept down to a minimum whereby isolation from the exterior environment is excellent.

Elsewhere, Nissan has thankfully incorporated e-Pedal mode, similar to that of the Leaf. With the option enabled, one can drive with one pedal by lifting off the accelerator pedal in order to decelerate the vehicle to a complete standstill. Likewise, B-mode can also be selected by shifting down on the gear selector – when both are used, one can attain the harshest level of regenerative braking. 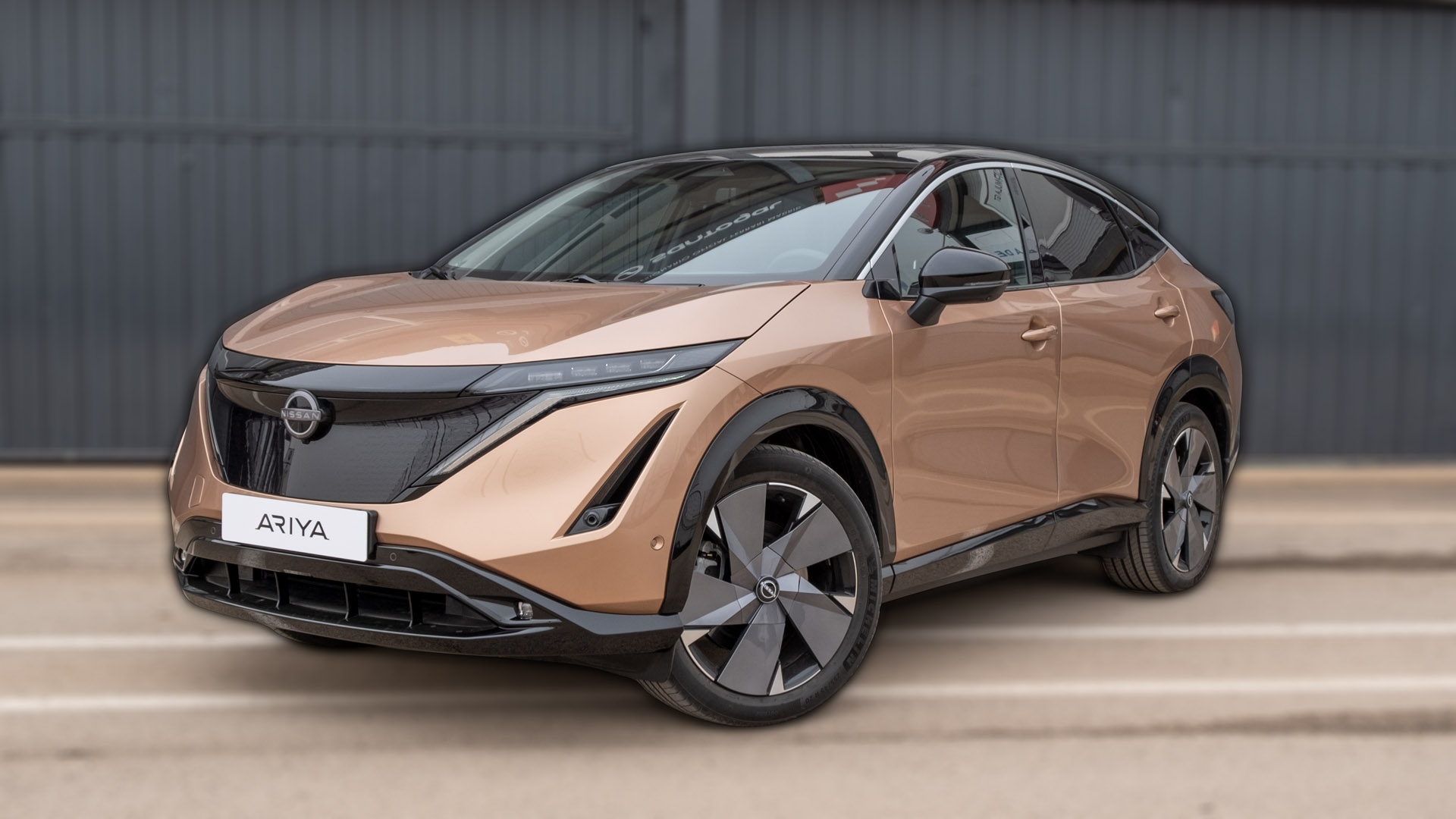 Our first impressions of the Nissan Ariya are certainly positive; from its design to its handling characteristics. It certainly stands out from the rest of the crowd and comes in at a competitive price – we suspect the longest-range Evolve will be the most popular of the trim levels, with the e-4ORCE Evolve a close second.

We look forward to putting the SUV through its paces in our mixed driving tests, where we can then firmly compare its range and performance to other EVs. What do you make of the Nissan Ariya? Let us know in the comments below or via social media; we’re on: YouTube, Instagram, Facebook, Twitter and LinkedIn.