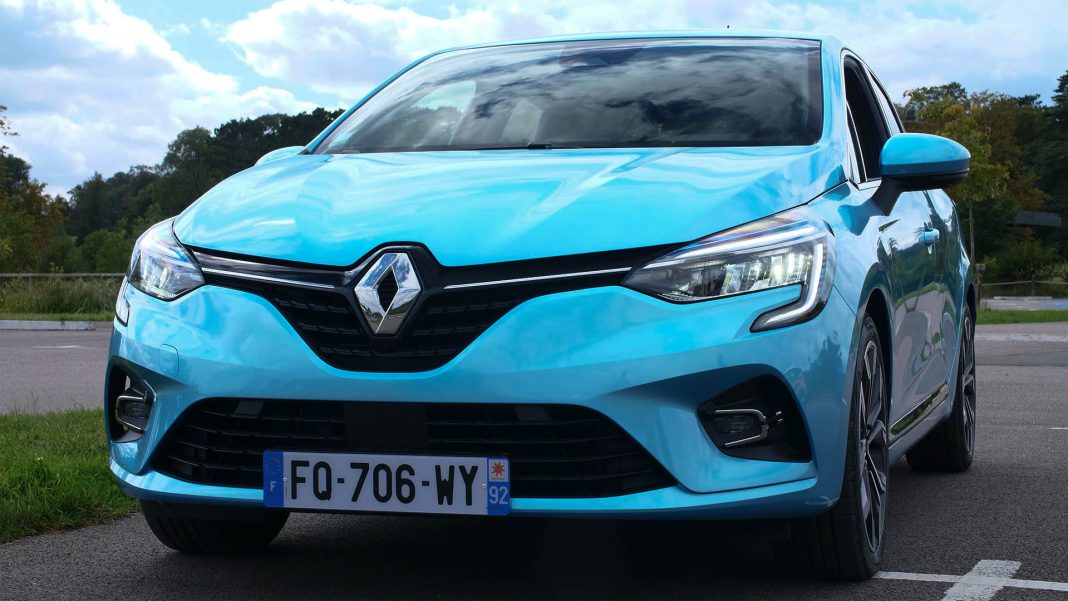 Renault’s new hybrid version of its popular supermini, the Clio, is here. The Clio E-Tech is expected to arrive in October and will start from £19,595.

It’s available in numerous trims: ‘Play’, ‘Iconic’, ‘S Edition’, ‘R.S. Line’ and an ‘E-Tech Launch Edition’. The latter being the most expensive of the bunch at just £22,095; extra styling and infotainment upgrades make up the differences between the range. No matter which you choose, however, all come with the same 104 kW (140hp) engine and motor configuration.

TotallyEV got an exclusive first drive of the French manufacturer’s car – the pictured early sample was a left-hand drive.

The Clio E-Tech houses a 1.6-lire four-cylinder petrol engine, alongside with two electric motors; a ‘High Voltage Starter Generator’ (HSG), and a larger ‘e-motor’ that allows you to drive in fully electric mode for up to 2.5 miles, and up to 37mph thanks to the 1.2 kWh battery hidden under the rear seats. 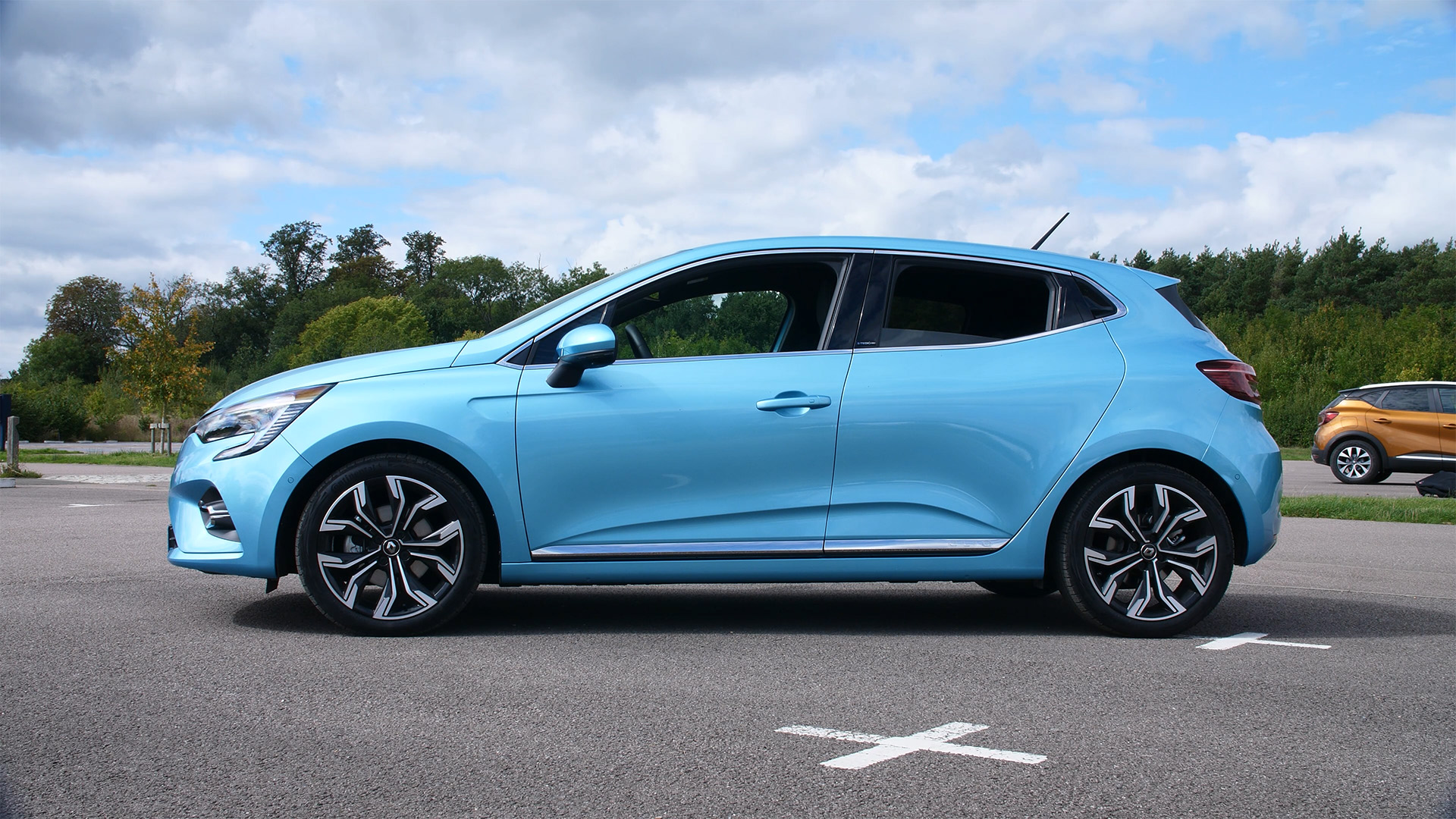 Thanks to the Clio E-Tech’s hybrid powertrain, the off-the-line performance is pretty brisk. The pull from the electric motors is very nippy, and helps you pull away from the lights or join up onto motorways with relative ease. The clutchless gearbox, when heavily accelerating, does have a bit of trouble changing up at what sounded like very high RPM, but for the school run or pottering around town you wouldn’t notice it.

While the new Clio drives well, as a driver you will feel a little disconnected; due to its light variable power steering, the car feels a bit more autonomous. On the plus side, it’s easy to drive and will be well-suited for daily commutes. 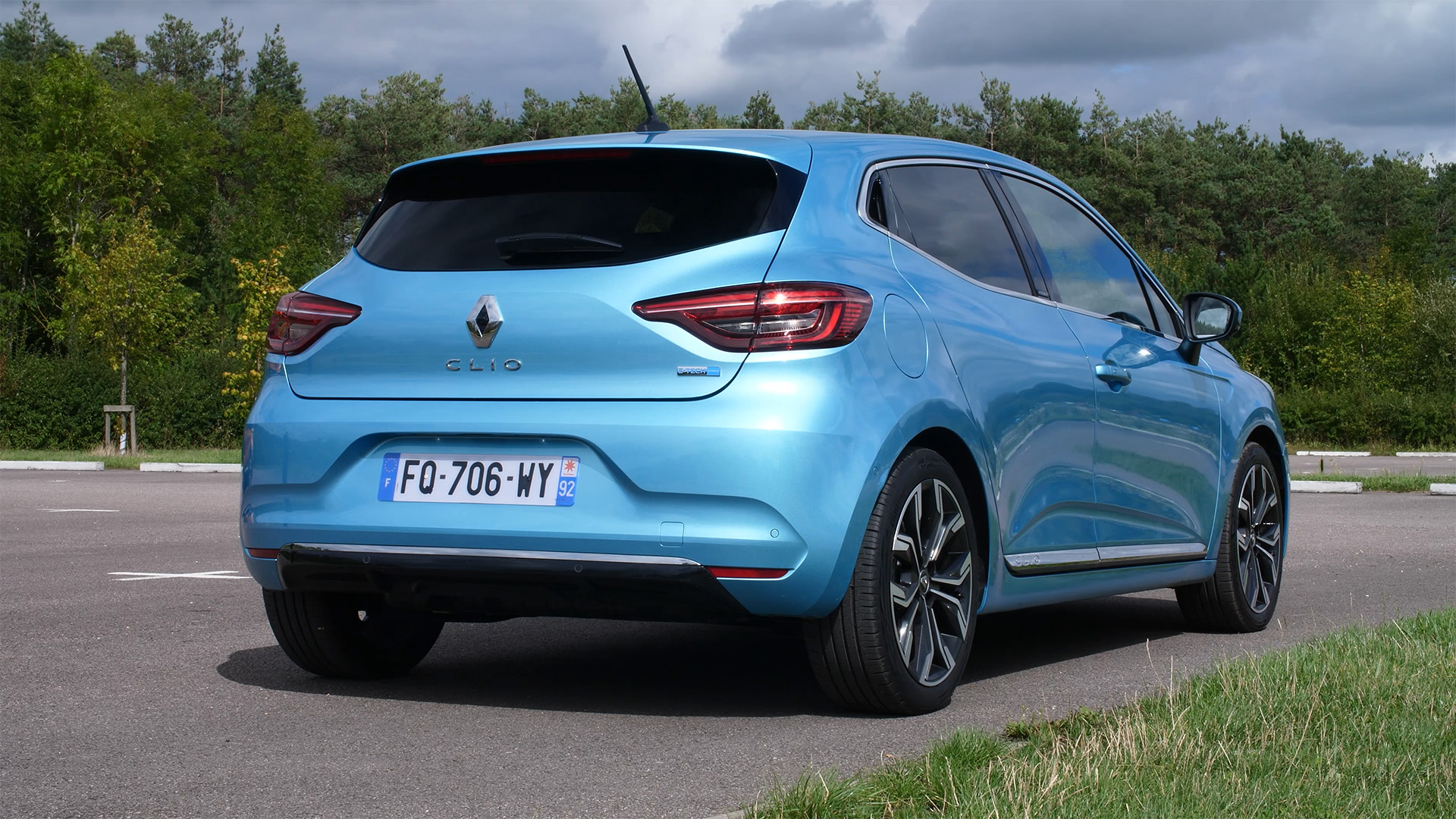 The new Clio has a clutchless ‘dog box’ automatic gearbox, which makes use of the dual electric motors to seamlessly shift between its five gears for the petrol engine, and the further three gears for its electric motor. Unlike others out there, Renault’s gearbox is a hybrid.

Unfortunately, it does have its limitations, whereby you can only select between Drive, Neutral or Reverse driving modes. One cannot select a gear when driving. 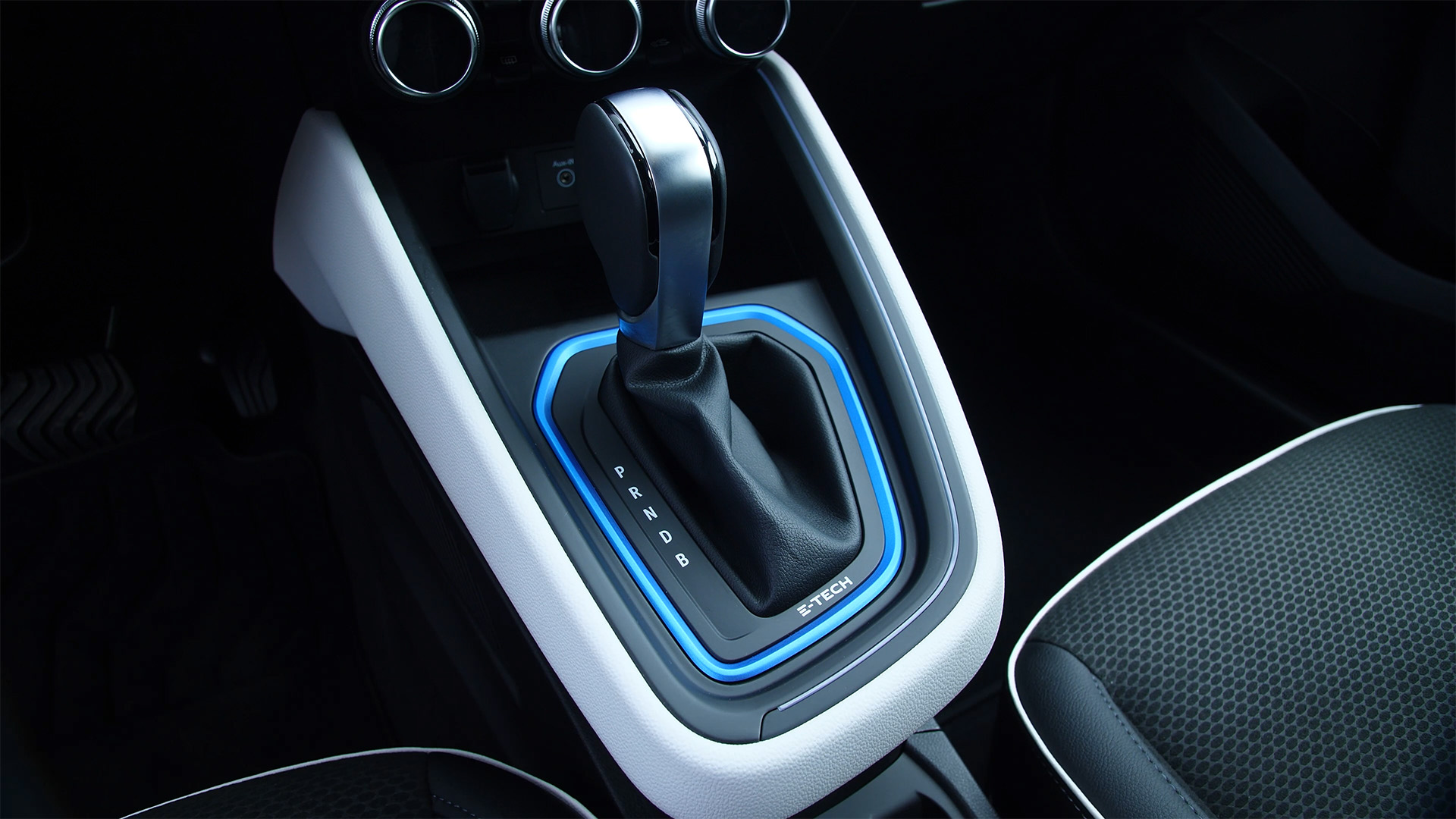 There is also ‘B-Mode’, which is a regenerative braking mode that enables a one-pedal driving approach. If you lift off the accelerator in B-Mode, the car will aggressively harvest energy from both its electric motors, whereby it’ll recharge its battery. It will only go down to 4 mph, but that should suffice for inner-city drives.

Aside from B-Mode, the car has no means of recouping energy from a dedicated charging source; its 1.2 KWh can’t be topped up manually, rather does itself intelligently when driving. 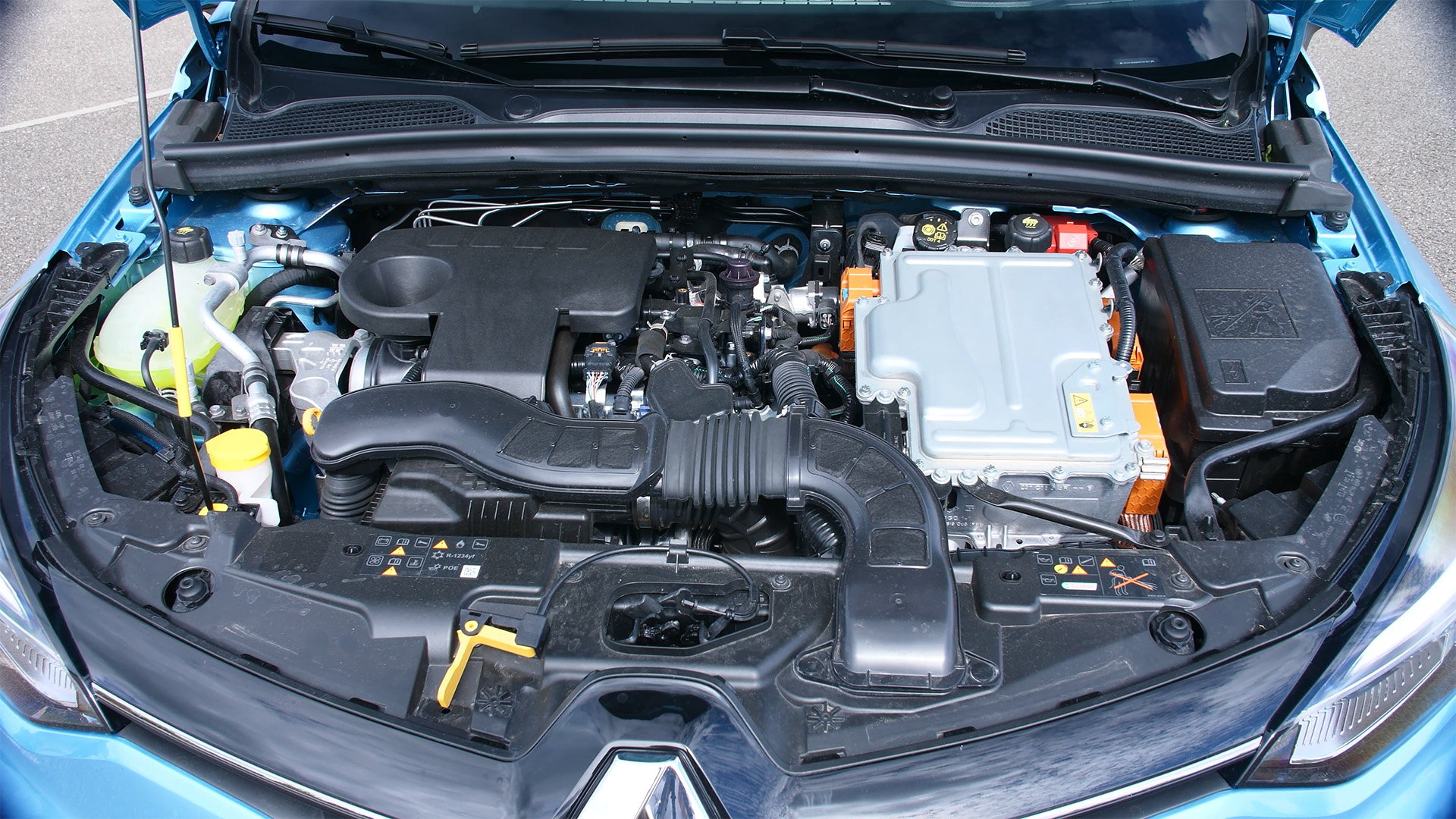 As for practicality, it’s the same as the non-hybrid Clio: there’s ample amount of space at the front and a reasonable amount of room at the back. Enough for smaller adults and children, but taller-sized individuals might have a harder time fitting in. The boot has a decent 300-litre capacity, which should suffice for your weekly shops.

Comfort from the fabric seats is good, where they are fairly plush with support at the front and back seats. Similarly, with the car’s ride quality; it’s soft and compliant, and does soak up speed bumps. There was, however, a little more road noise than we would like, especially tyre noise, but that can be improved with different tyres or wheel sizes as there are numerous options available depending on the model you pick.

Elsewhere, the new E-Tech Clio features an infotainment system with a large, slightly driver-facing touchscreen display, which is located at the centre of the car. Depending on the model variant you can have, it’ll work with Android Auto and Apple CarPlay, although, the basic model does come with a built-in sat-nav and DAB radio. 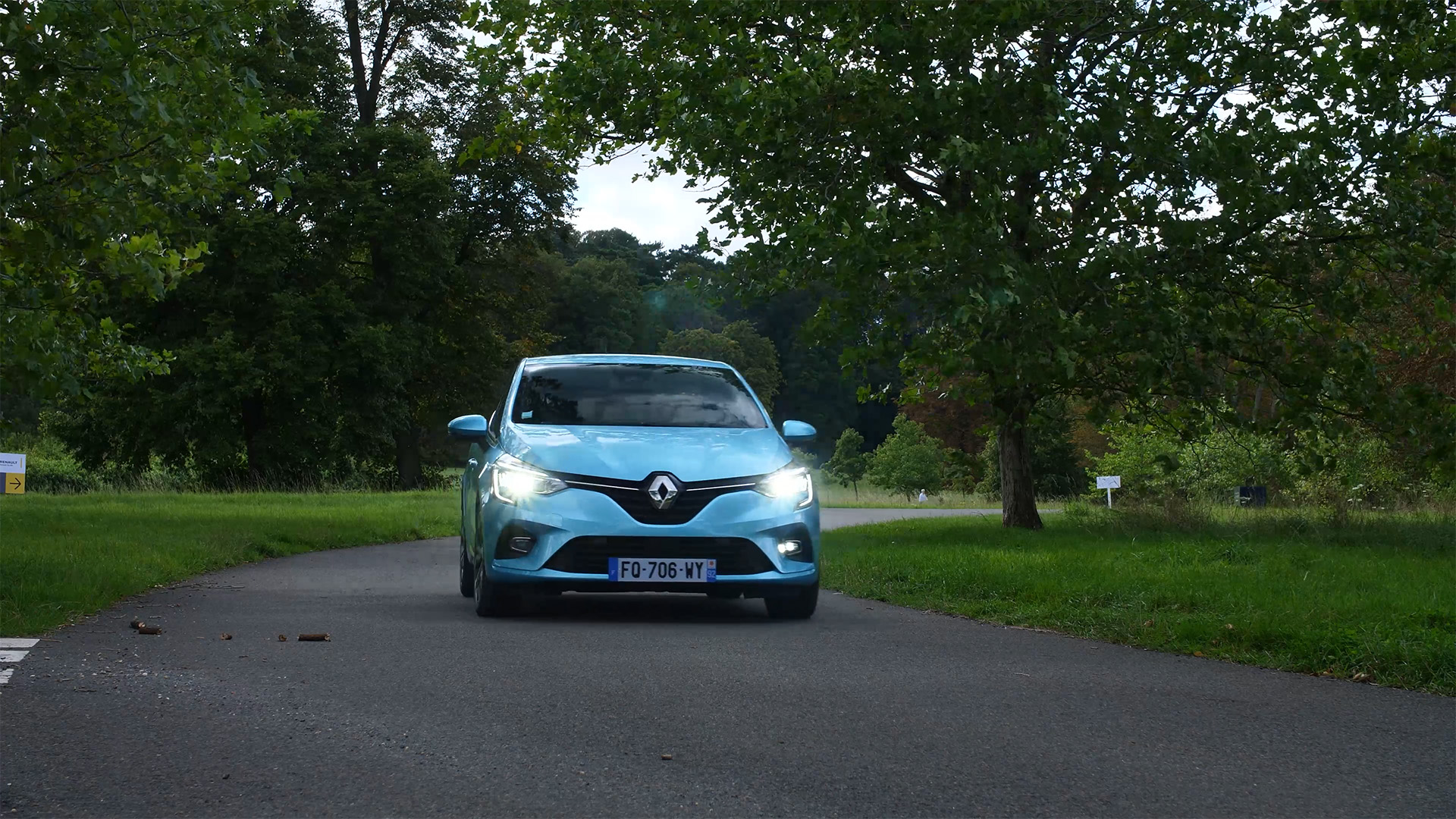 The Renault Clio E-Tech feels well-suited for its target market, and at first glance, looks to be reasonable value for money, especially when you consider the fuel savings. This is only a first drive, however, so if you would like to see the full review do let us know in the comments section below or via social media – we’re on: YouTube, Instagram, Facebook, Twitter and LinkedIn.