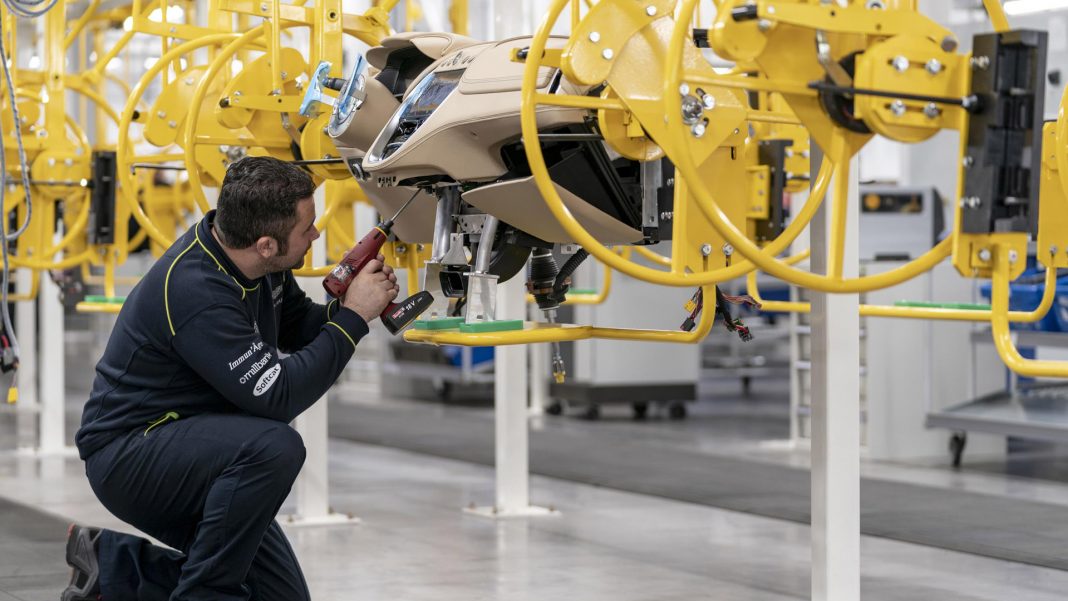 The Society of Motor Manufacturers and Traders (SMMT) has today announced that car production across the United Kingdom has fallen to its lowest level since the Second World War. COVID-19 has had a negative impact on the worldwide market, and for automakers, it’s been tough.

Read next: New UK car registrations down 97% in April

In comparison to April 2019, there’s a record 99.7% drop in cars produced, whereby in April 2020 only 197 premium, luxury and sports cars left factory gates in the month – in comparison to 70,971 recorded last year. Further, these vehicles were indeed fully assembled and only needed a few finishing touches before leaving the factory; had this not been the case no cars would have been manufacturers in the month of April. 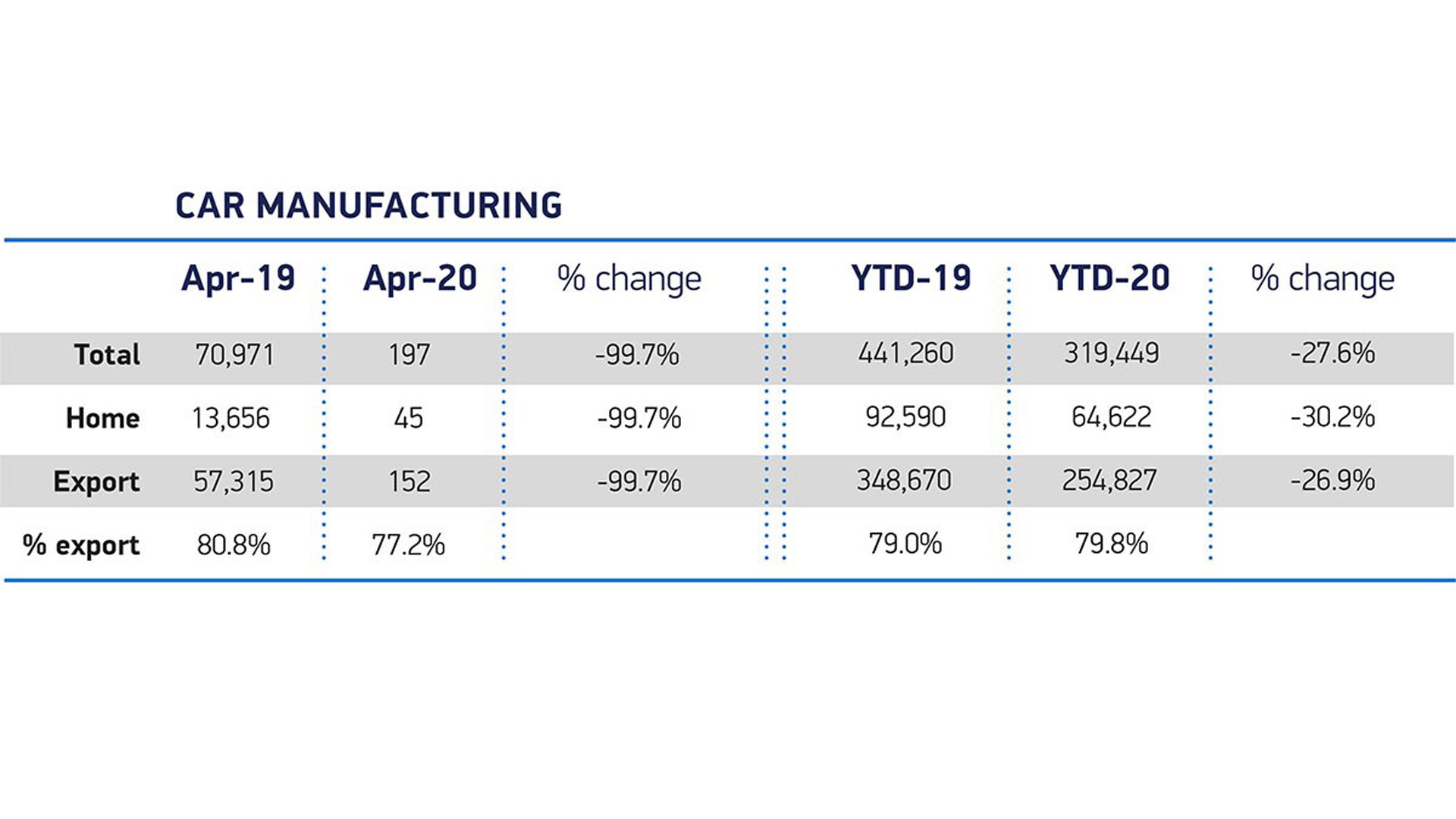 The news comes as the latest independent analysis suggests annual UK car production could fall below one million units in 2020. This would represent lower volumes than in the global recession in 2009.

Mike Hawes, SMMT Chief Executive said, “With the UK’s car plants mothballed in April, these figures aren’t surprising but they do highlight the tremendous challenge the industry faces, with revenues effectively slashed to zero last month.”

On a more positive note, this spurred manufacturers to produce personal protective equipment (PPE), including face shields, visors and medical gowns for use by healthcare professionals. Here, automakers have made 711,495 pieces of PPE, while some have also helped in manufacturing medical equipment, such as sophisticated ventilators as part of the Ventilator Challenge UK Consortium. 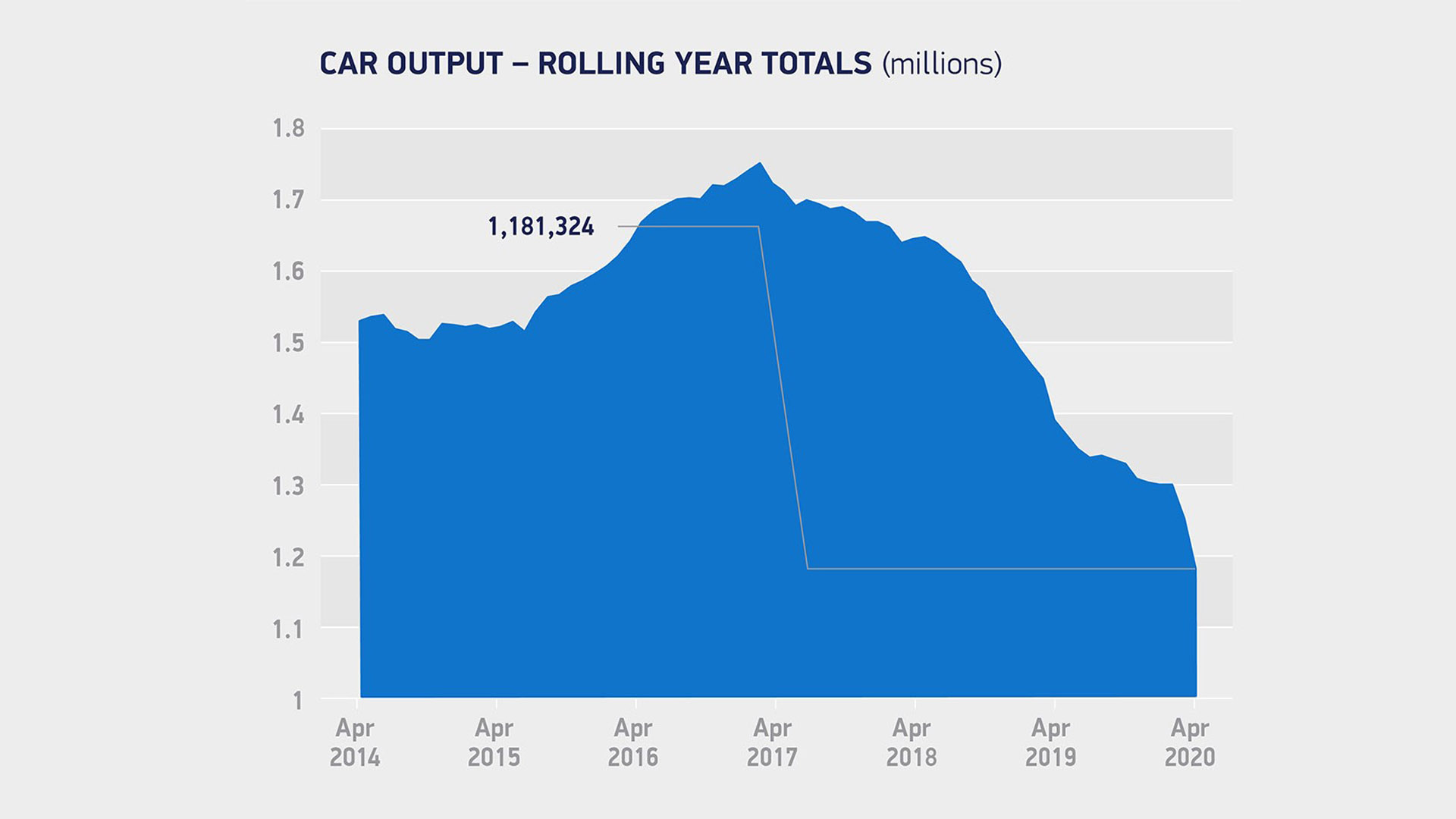 Elsewhere, UK plants are starting to reopen after a relaxation in rules from the government of the country-wide lockdown. 168,000 automotive manufacturing employees are expected to start returning to work, although, protests have emerged around the world of manufacturers cutting back jobs – from the like of Nissan shaving 2,800 jobs by closing its factory in Barcelona to Renault having to restructure its entire worldwide operations in a bid to recoup £1.8bn (€2bn).

In comparison to the January outlook, the SMMT expects the industry to be hit with up to £12.5 billion in a loss at factory gate prices.

Mike Hawes, SMMT Chief Executive said: “Manufacturers are starting to emerge from prolonged shutdown into a very uncertain world and ramping up production will be a gradual process, so we need government to work with us to accelerate this fundamentally strong sector’s recovery, stimulate investment and safeguard jobs.

Support to get all businesses through this short-term turmoil will ensure the UK’s many globally-renowned brands can continue to make the products that remain so desirable to consumers the world over and, in turn, help deliver long-term prosperity for Britain.” 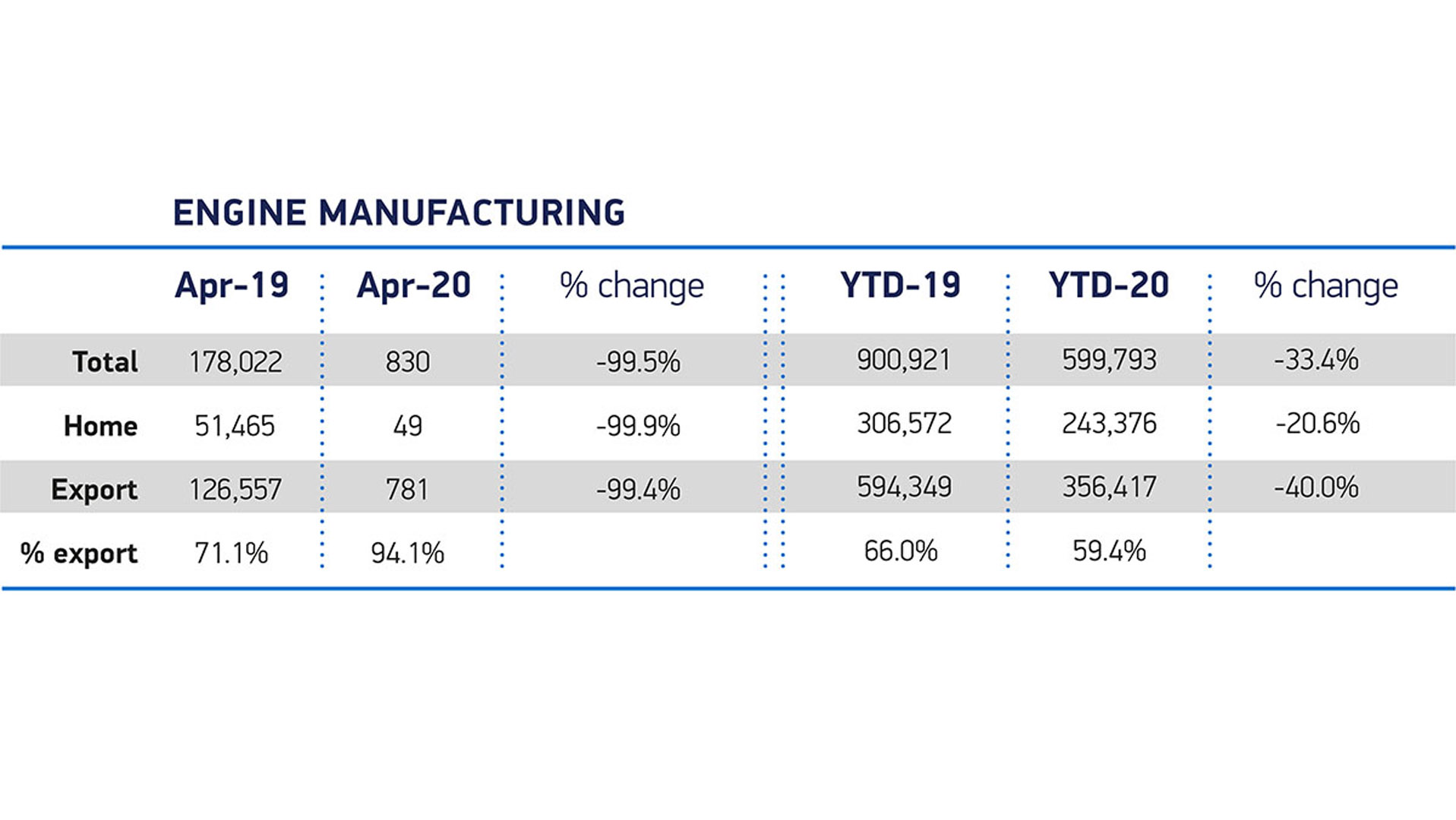 “The nationwide lockdown and closure of vehicle manufacturing plants across Europe and beyond has had an expected but devastating effect on engine production, with output all but wiped out in April. With markets and key factories starting to reopen, it’s crucial to encourage demand for new cars worldwide, which will in turn drive manufacturing and help reboot the UK economy,” adds Hawes.