TotallyEV
News Manufacturing Volvo cuts 75% of its emissions by switching to trains to transport... 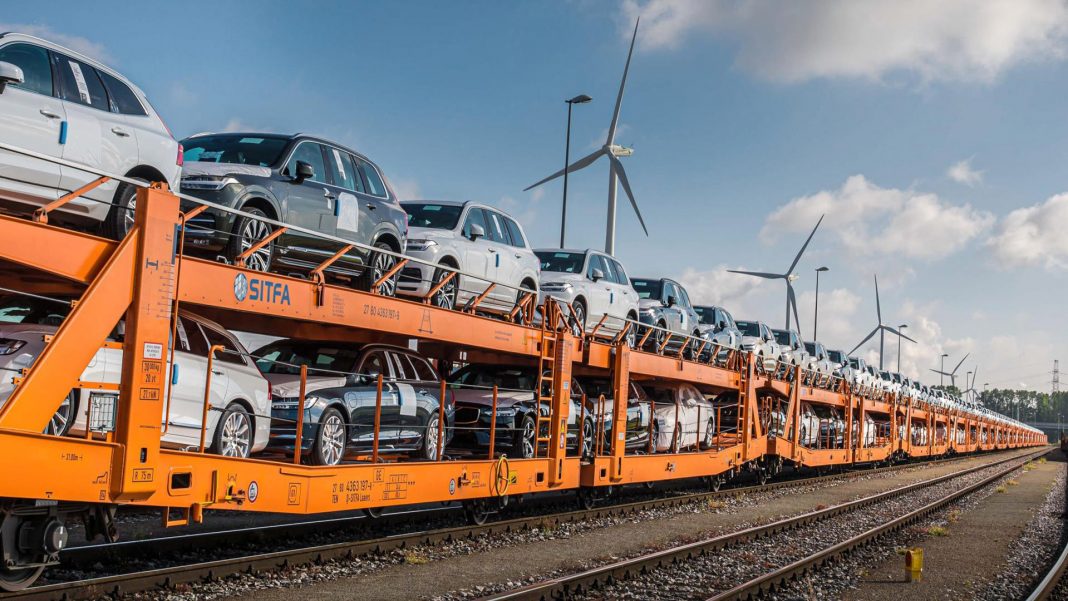 Volvo Cars is significantly cutting CO2 emissions in its logistics operations by switching transports between its manufacturing plants and new car depots from trucks to trains.

Especially in Europe, where trucks are still ubiquitous in transporting new cars to distribution depots and retailers in individual markets, the company is in the process of reducing emissions by replacing more and more transports by trucks with rail transport.

For example, by implementing rail transport, Volvo Cars reduced CO2 emissions by almost 75% on the route between its Ghent, Belgium-based manufacturing plant and a purpose-built depot in northern Italy. On another route, from Ghent to a second depot in Austria, emissions were cut by almost half since switching to rail transports.

Both initiatives form part of the climate action plan that Volvo Cars revealed this year. Under the plan, the company aims to reduce its lifecycle carbon footprint per car by 40 per cent between 2018 and 2025, which will require a 25% reduction in operational emissions, including logistics. The 2025 plan is one tangible step towards Volvo Cars’ ambition of becoming a climate-neutral company by 2040.

“When we said we planned to significantly reduce emissions across all our operations, we meant it,” said Javier Varela, Senior Vice President of Manufacturing and Logistics at Volvo Cars. “Our logistics network is just one piece of that puzzle, but an important one nevertheless. This is one example of our commitment to reducing our impact on the environment through meaningful, concrete steps.”

Volvo Cars is also looking to use rail transport at a wider scale in China and the United States. Already now, cars are transported from its China-based manufacturing plants to the Ghent port in Belgium by train two times a week. Other train connections deliver new Volvo cars to regional depots within China and in Russia. 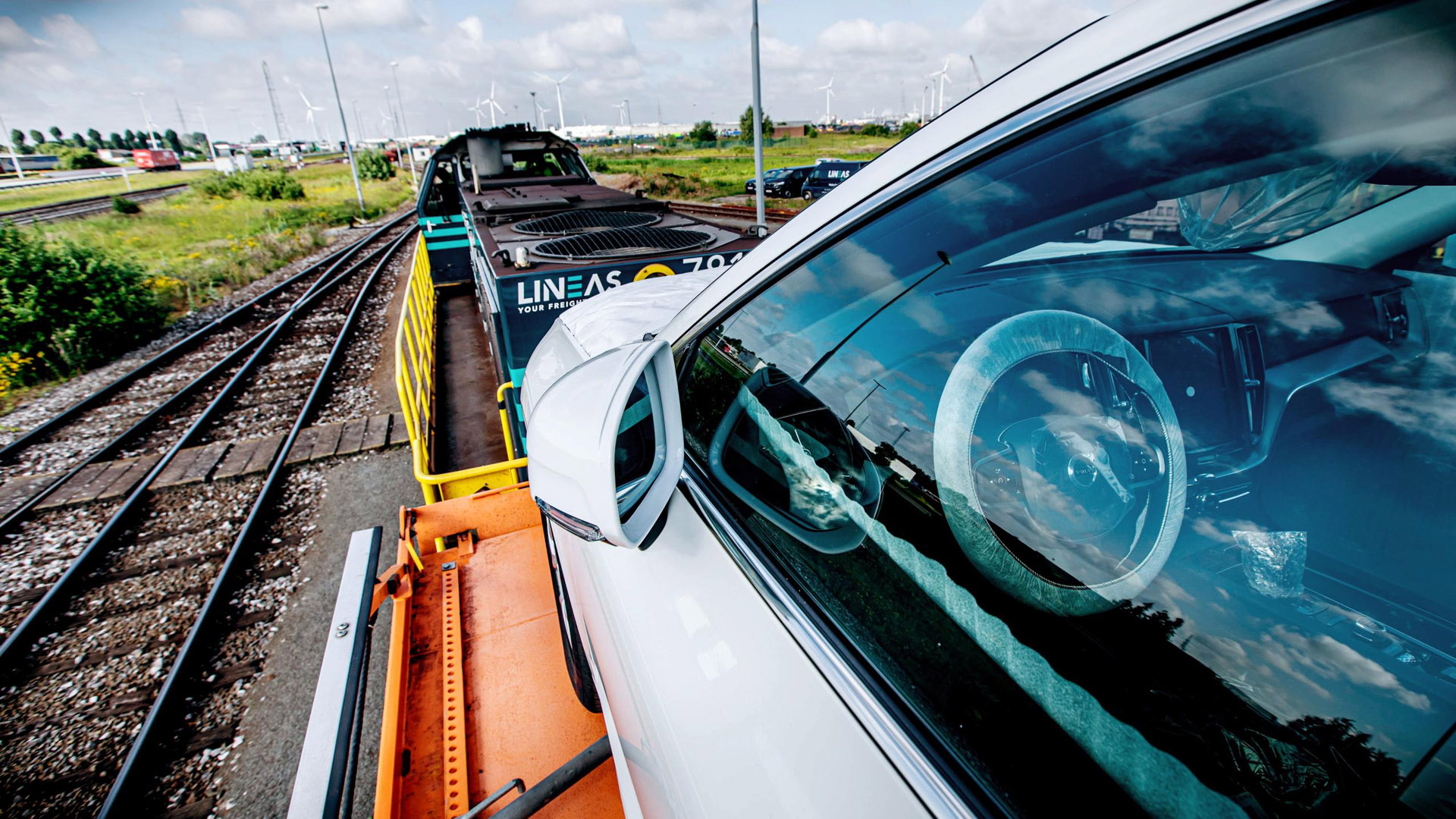 In the US, the company’s Charleston, South Carolina-based manufacturing plant has tapped into a well-established rail cargo network taking new cars to depots in cities across North America. Already now, these trains replace the equivalent of dozens of trucks per week, a number likely to increase once the next-generation XC90 goes into production.

Volvo Cars’ climate action plan represents one of the most ambitious plans in the automotive industry. It contains concrete actions in line with the global Paris climate agreement of 2015, which seeks to limit global warming to 1.5 degrees Celsius above pre-industrial levels.

Volvo Cars’ 2040 ambitions go beyond addressing tailpipe emissions through all-out electrification, as it realises that electrification is not enough to reduce its impact on the environment. Therefore, it also looks at tackling carbon emissions across the board: in its manufacturing network, its wider operations, its supply chain and through recycling and reuse of materials.

The company’s electrification ambitions are reflected in the recently launched, brand-new Recharge car line. Recharge will be the overarching name for all chargeable Volvo cars with a fully electric or plug-in hybrid powertrain. The Recharge car line aims to further boost sales of Volvo Cars’ electrified cars and encourage plug-in hybrid drivers via incentives to use Pure mode as much as possible.