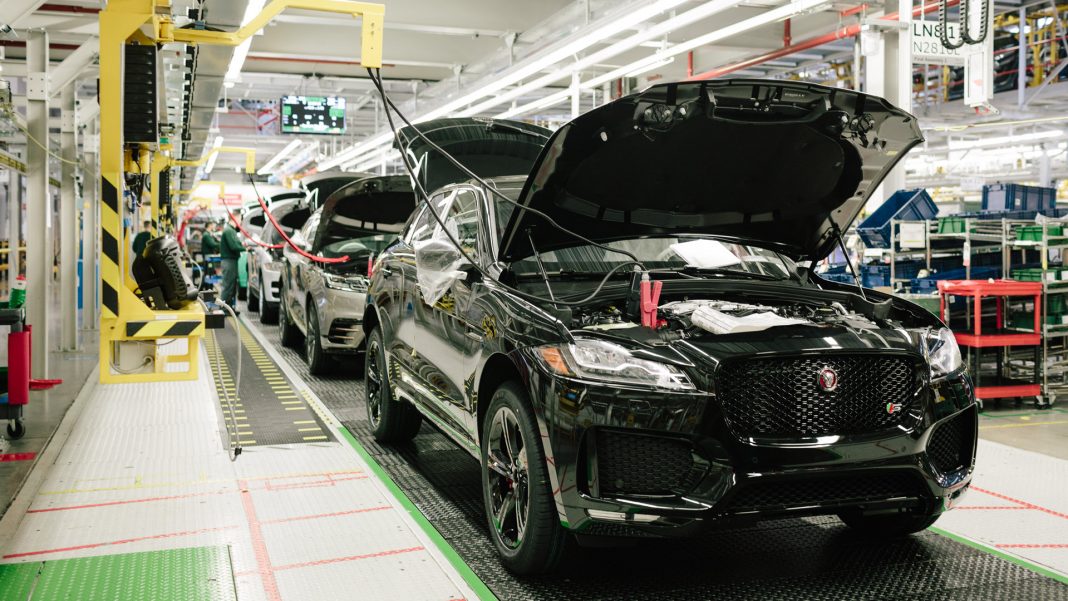 The end of January 2020 did not only bring Brexit, but also the news that British car manufacturing has fallen to its lowest output since 2010. On the 30th of January, the Society of Motor Manufacturers and Traders (SMMT) announced a 14.2% decrease in car manufacturing for 2019; signalling market shrinkage for the third consecutive year.

SMMT has highlighted several potential reasons for the UK’s steady drop in car output. Weakened commercial confidence during 2019’s Brexit turmoil prompted a number of manufacturers, such as Honda and Nissan, to close their UK factories. A slower demand from overseas markets, and a general move away from diesel-powered engines, have also aided the slump.

Mike Hawes, SMMT Chief Executive has stated: “The fall of UK car manufacturing to its lowest level in almost a decade is of grave concern. Every country in the world wants a successful automotive sector as it is a driver of trade, productivity and jobs. Given the uncertainty the sector has experienced, it is essential we re-establish our global competitiveness and that starts with an ambitious free trade agreement with Europe, one that guarantees all automotive products can be bought and sold without tariffs or additional burdens”.

Read next: Polestar Precept: The future of the electric car

A strong UK-EU trade deal will certainly bolster Britain’s automotive industry. The EU is currently the UK’s top export destination for cars, holding 54.8% of the market share. With 8 out of 10 cars manufactured in Britain being exported, continued business is crucial. Moreover, the French manufacturer PSA has previously warned that it may pull production, and 1,100 jobs, if its Cheshire site becomes unprofitable after Brexit. 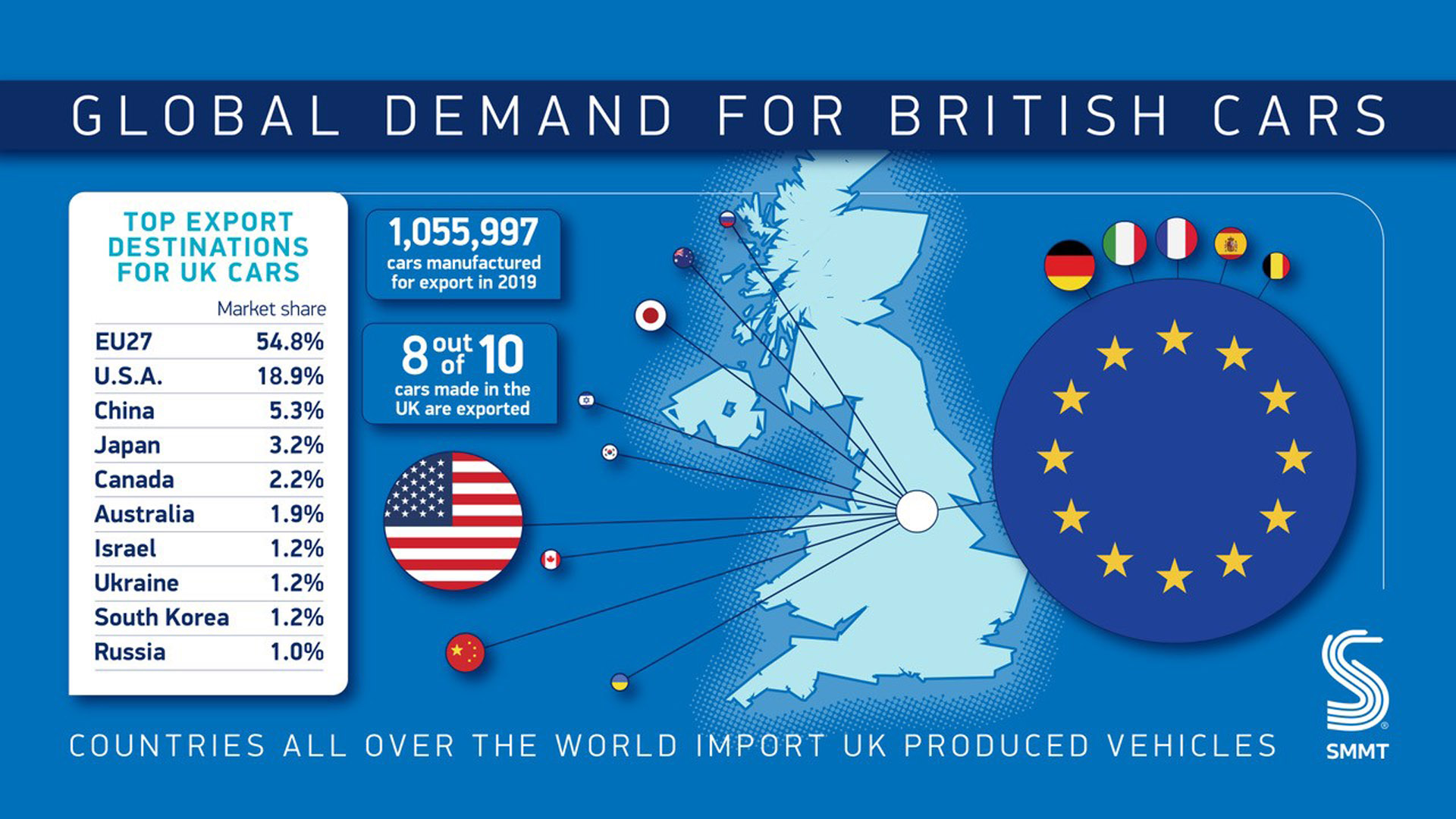 SMMT’s announcement, however, is not all doom and gloom for the UK’s automotive industry. Although internal combustion engine cars have seen a decline in production, the output of alternatively fuelled cars such as EVs have seen a healthy 34.7% boost. Over 190,000 electric, plug-in hybrid and hybrid motors were manufactured within the UK in 2019.

If the right business conditions are negotiated, it is likely that global appetite for British development and production of EVs will continue to rise. Engineering and research excellence means that the UK holds key expertise within the fields of advanced powertrain technologies, light-weighting, and aerodynamics that the worldwide sector will surely seek.

Read next: Volvo cuts 75% of its emissions by switching to trains to transport new cars 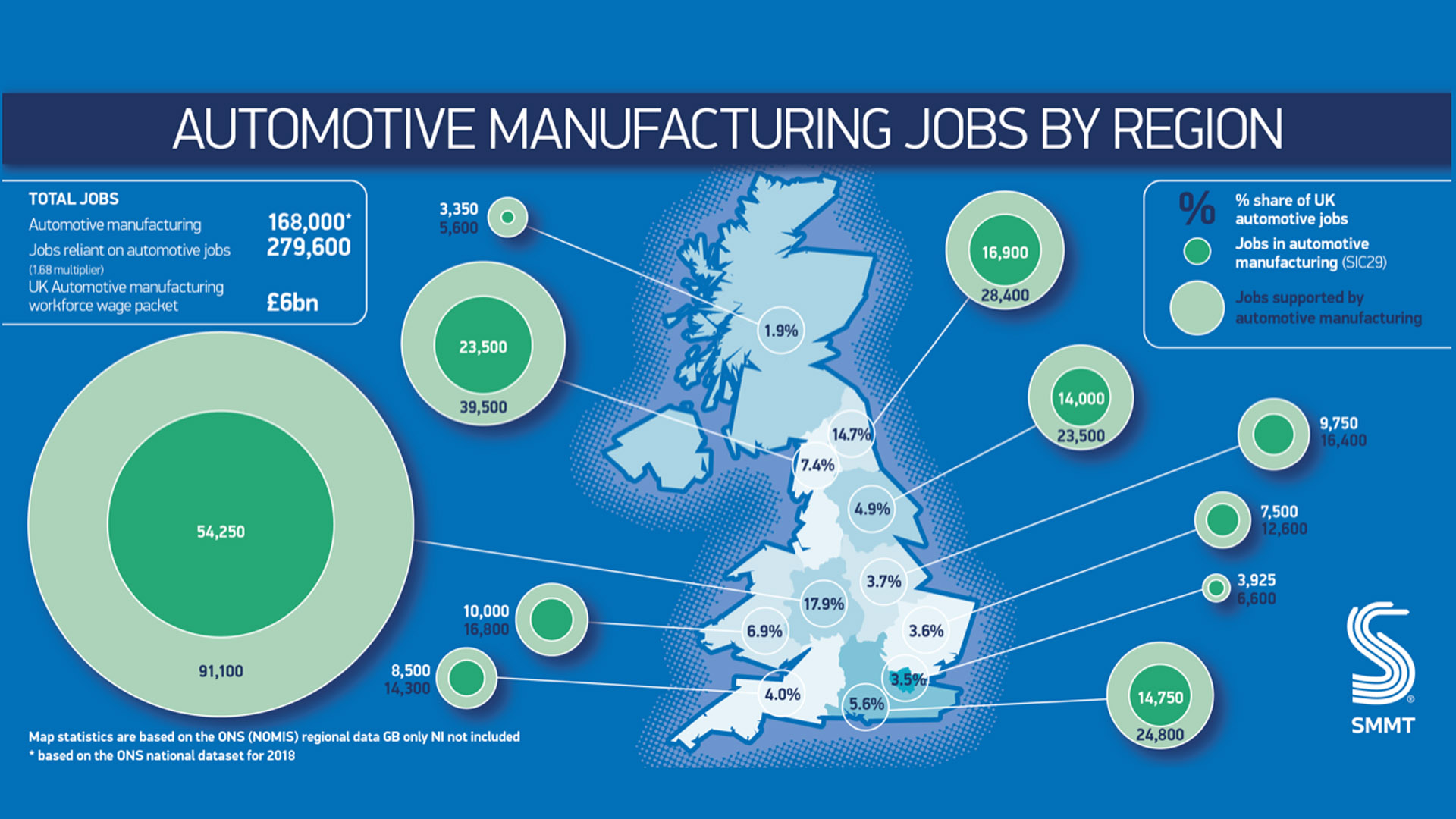 Although 2019 did see a 60% fall in general car investment, investment into the EV market remained positive. For the West Midlands in particular, where more than 1 in 6 manufacturing jobs are within automotives, EV business is booming. A lucrative deal with Jaguar Land Rover was signed to manufacture its i54 in Wolverhampton, and the UK government has announced an extra £28 million for its ‘Gigafactory’: a large-scale battery technology factory for EVs in Coventry.

It’s likely the continued growth of the UK’s EV market relies heavily on Brexit negotiations. Only once trade deals are secured will manufacturers be equipped to confidently plan new largescale projects within Britain.