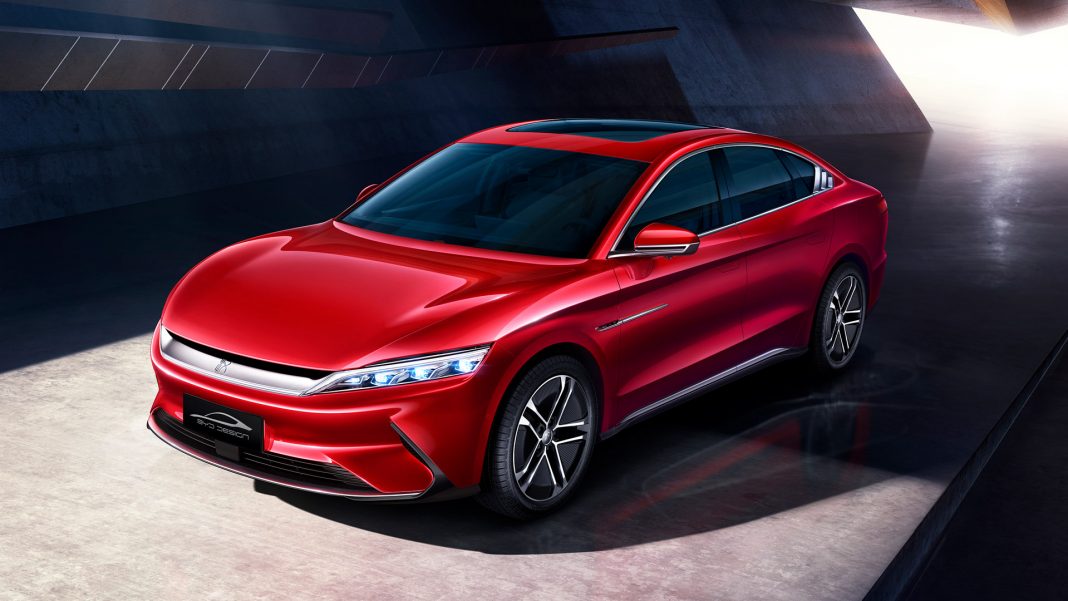 BYD, a Chinese manufacturer of electric vehicles and batteries, has announced that its Han EV saloon will be released later this year for the European market. Expected to cost in the region of €45,000 to €55,000 (~£40,000 – £49,000), the luxury saloon is looking to lay claim to a portion of Tesla’s market share – as it were, the Model 3 falls near this price range.

Read next: The best upcoming cars and SUVs in 2020 and beyond

The BYD Han EV comes equipped with the manufacturer’s new ‘Blade Battery’ technology, which aims at delivering an extended driving range and a more compact, smaller design that sheds the overall weight of the car down and improves storage capacity.

As such, the car is expected to have a 376-mile range based on the NEDC test cycle – in Europe, it’ll have to be put through the more stringent WLTP cycle; expect it to have a slightly lower quoted number. For example, the Tesla Model 3 AWD Long Range has an NEDC range of 385 miles, while its WLTP figure sits at 348 miles. 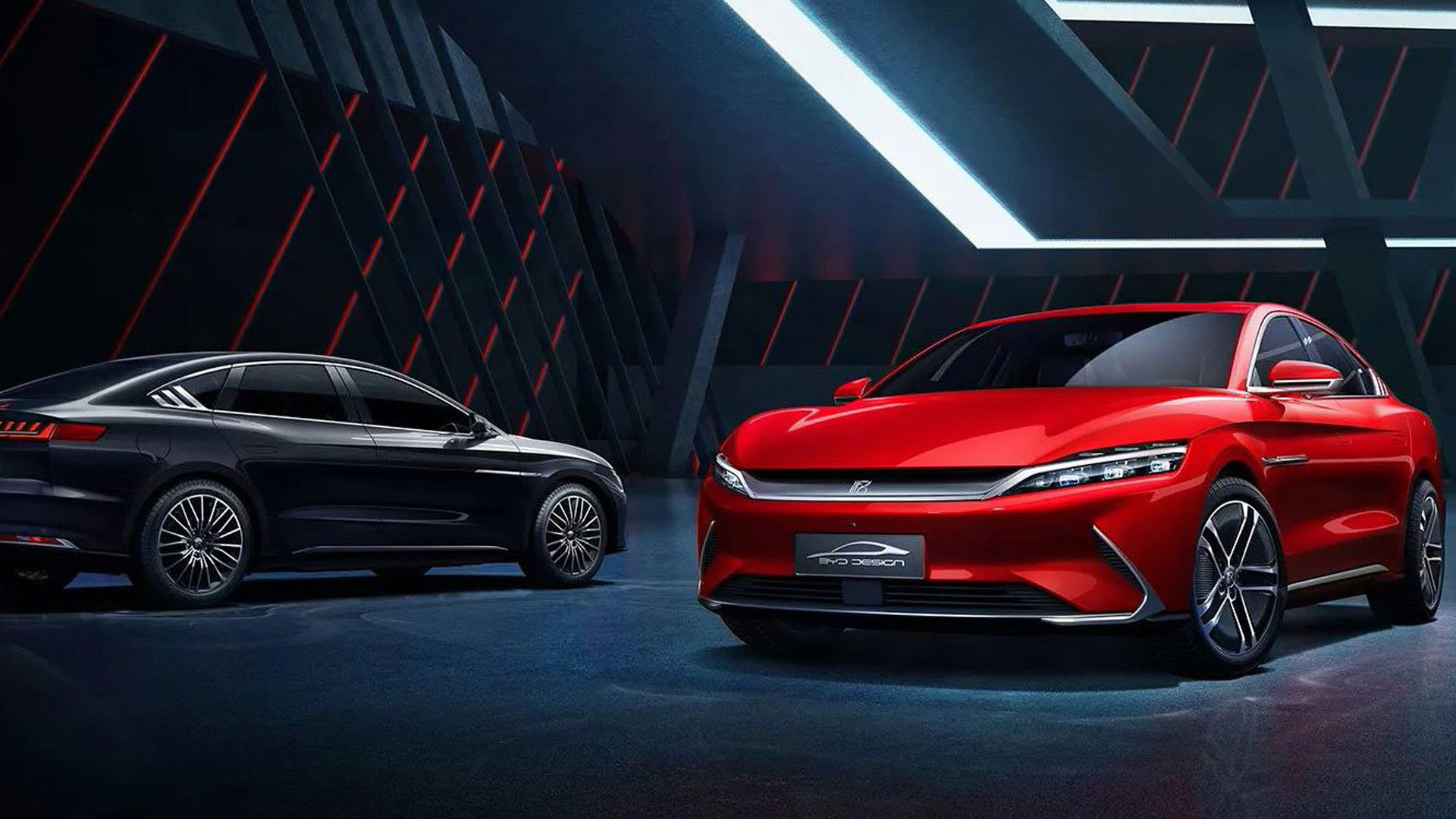 As for performance, the BYD Han EV houses a high-performance silicon carbide motor that propels the vehicle from zero to 62mph in 3.9s. The manufacturer claims this is made possible with the use of its ‘Blade Battery’ technology – it provides a stable current of up to 800 Amps, which combined with its motor improves the peak-current capacity by 58%.

To stop the car, the Han EV also comes equipped with Bosch’s ‘IPB Intelligent Integrated Brake System’, which not only betters safety, but also delivers a longer range and improved braking comfort.

It’s pretty smart too. The Hand EV will ship with ‘DiPilot’, BYD’s new-to-market, self-learning, intelligent driving assistance system that uses the latest 5G technology to keep the driver and its passengers safe from colliding with other vehicles and harming pedestrians. 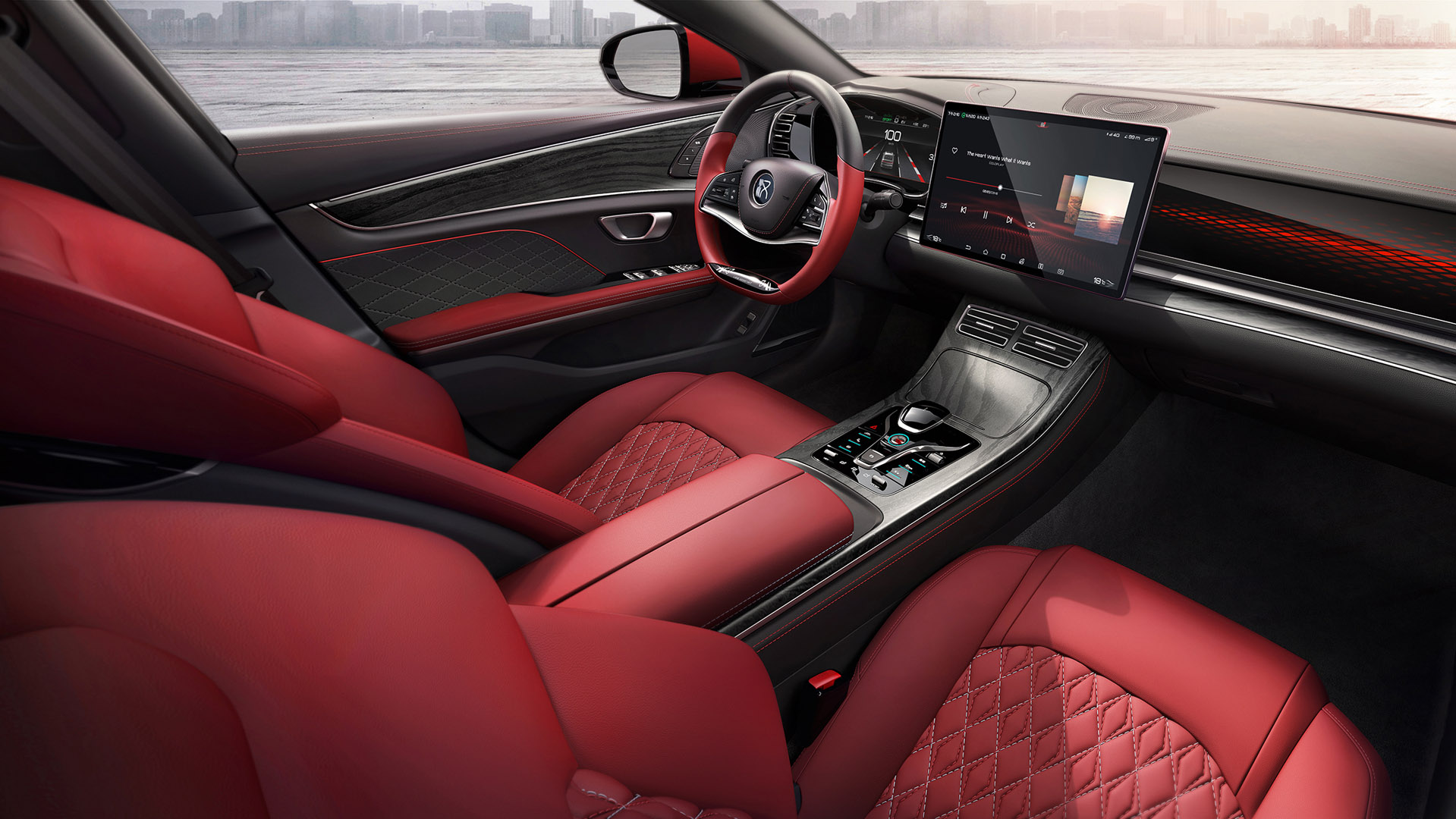 Read next: BYD to bring new EVs to Europe

In terms of design, the upcoming EV adopts BYD’s ‘EV Dragon Face’ design language. It’s meant to blend elements of a traditional Chinese Dragon, while mixing that with a striking modern European design.

According to the manufacturer, the vehicle’s curved front-end and daytime running lights are meant to evoke the shape of a traditional Chinese dragon’s face. While, the side of the Han EV aims to deliver a strong sense of movement. As for the back, the rear lighting cluster will, in BYD’s words “emphasize a dynamic attitude”.

“We believe that the Han EV combines the best of Eastern wisdom and Western aesthetics, and will fulfil the growing overseas market for a high performance, long-range and ultra-safe electric car. In the longer term, we are also looking forward to seeing the Han EV making a positive impact in other markets around the world,” added Yubo Lian.

Read next: Will Tesla suffer as China cuts its electric vehicle subsidies?

The Han EV is scheduled to receive its introduction in China towards the end of June 2020; so expect it to come to Europe in 2021. Could this car be considered as an alternative to the Tesla Model 3? Let us know in the comments below or via social media; we’re on: Facebook, Twitter, Instagram and YouTube.

Production of the Polestar 2 all-electric car begins in China