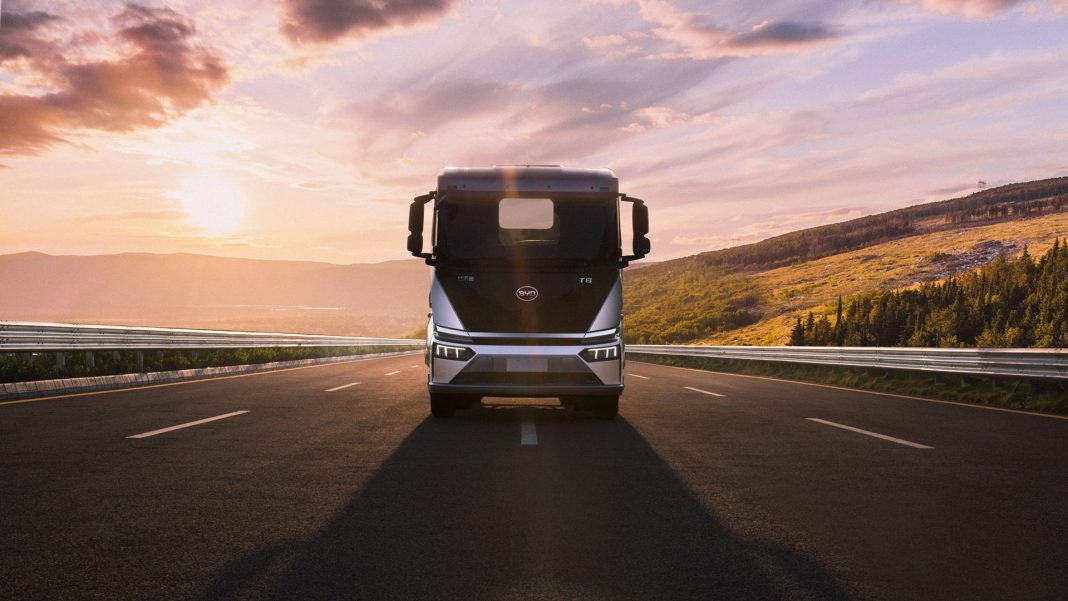 BYD Europe has today announced its strategy to embark upon the trial introduction of passenger cars in Europe, alongside longer-term plans to bring new BYD LCV and eTruck ranges to the European market.

To mark the next phase of ambitious growth strategy, and following its well-established eBus and eCoach presence in Europe, BYD, the world leader in new energy vehicles and the forerunner in the development of battery technology, will initially introduce the all-new, full-electric, second-generation BYD ‘Tang’ compact SUV to the Norwegian market.

Plans are also underway to bring to Europe later this year a full range of battery electric vehicles (BEV) for the commercial vehicle sector; including a panel van, 7.5-tonne and 19-tonne rigid distribution trucks, and a yard tractor.

Already one of the world’s best-selling models as a plug-in hybrid electric vehicle (PHEV), the BYD ‘Tang’ EV600 boasts a 520km (373 miles) range based on the NEDC test cycle. The vehicle will spearhead BYD’s ambitions as the brand looks to expand its overall European EV portfolio. The company’s reputation is already well-established following considerable success in the Public Transport sector where the current BYD eBus range of products remains the market leader in Europe.

BYD Tang’s forthcoming Norwegian trial emphasises BYD’s commitment to providing European customers with a range of 100% emissions-free, pure-electric vehicles from passenger cars and light commercial vehicles (LCVs) to trucks and buses. In November 2019, BYD announced its intention to bring electric trucks to Europe at the end of 2020 to complement the well-established sales and supply of BYD eBuses right across Europe.

The full-electric, high-specification BYD Tang EV600 is a permanent all-wheel drive compact SUV which delivers a range of up to 520km (373 miles). Pricing will be announced later this year when it goes on sale in Norway.

Isbrand Ho, Managing Director, BYD Europe, said, “The Norwegian market is the natural choice for BYD to start this trial as we look to expand our EV presence in Europe. Norway is the most advanced market in Europe when it comes to the widespread adoption and usage of electric vehicles,” he said, “as well as possessing a comprehensive charging network. We will closely evaluate how the market performs, but, in the longer term, it is our aim to expand passenger car sales beyond Norway.

“We are delighted to be expanding our portfolio with the addition of these new pure-electric vehicles,” he added, “This is another milestone in our commitment to protect the environment, contributing to the reduction of emissions and cleaner air in Europe.”

He continued, “During our marketing trial, we are confident that the BYD Tang’s range, design, practicality and high-level technology will appeal to discerning European buyers. We are on track also to introduce BYD eTrucks this year, with a range of full-electric vehicles including a panel van, a 7.5-tonner, a 19-tonner and a yard tractor.”