TotallyEV
Features EV audio systems are more important than ever before 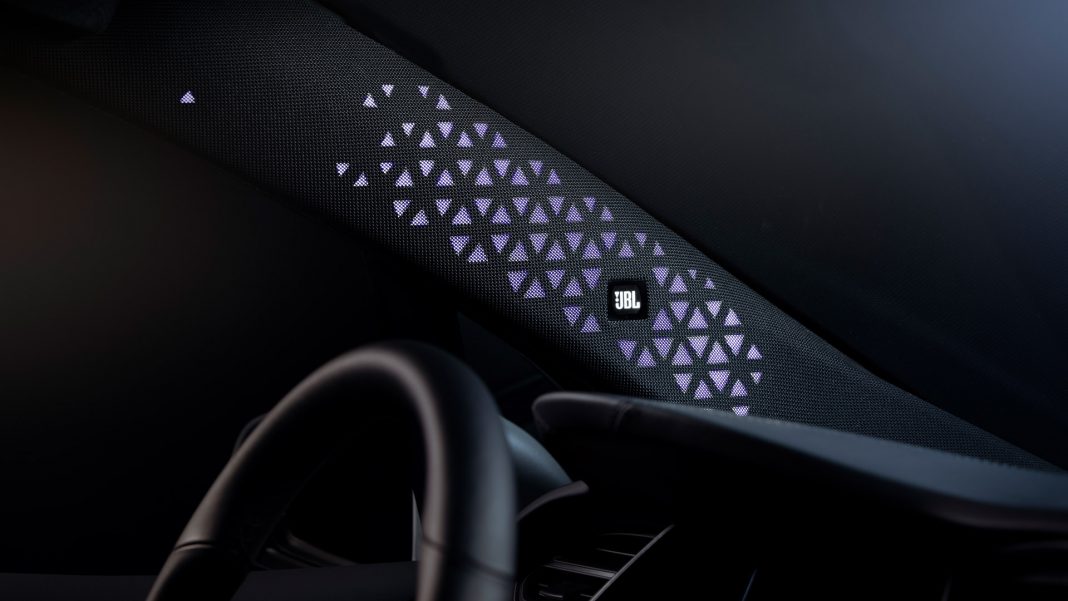 The automotive industry is entering its biggest transitional period in decades, driven by the shift to electric powertrains in response to climate change. By 2040, it is predicted that over half of all global vehicle sales and over a third of vehicle fleets will be electrified.

As growth in the EV market continues to accelerate, consumers don’t want to lose the features and benefits they have come to expect. It is a challenge for automakers who are under ever-growing pressure to increase efficiency but also face demand from consumers for premium in-vehicle personalisation and entertainment features.

In order to better understand how technology is moving forward in the automotive industry, TotallyEV sought knowledge of American audio-specialists Harman.

Read next: How will cars sound like in the future?

How has technology shaped the future of in-car audio systems?

We now take a car radio as a given, but in the 70s and 80s, a radio was still an option in many new cars sold. Today it is widely accepted as a way to improve the journey, reduce stress and even as a factor in what car is purchased.

A recent IHS Markit survey confirmed consumers want premium audio, whereby half of its respondents indicated a preference to have a brand name car audio system in their next new vehicle. 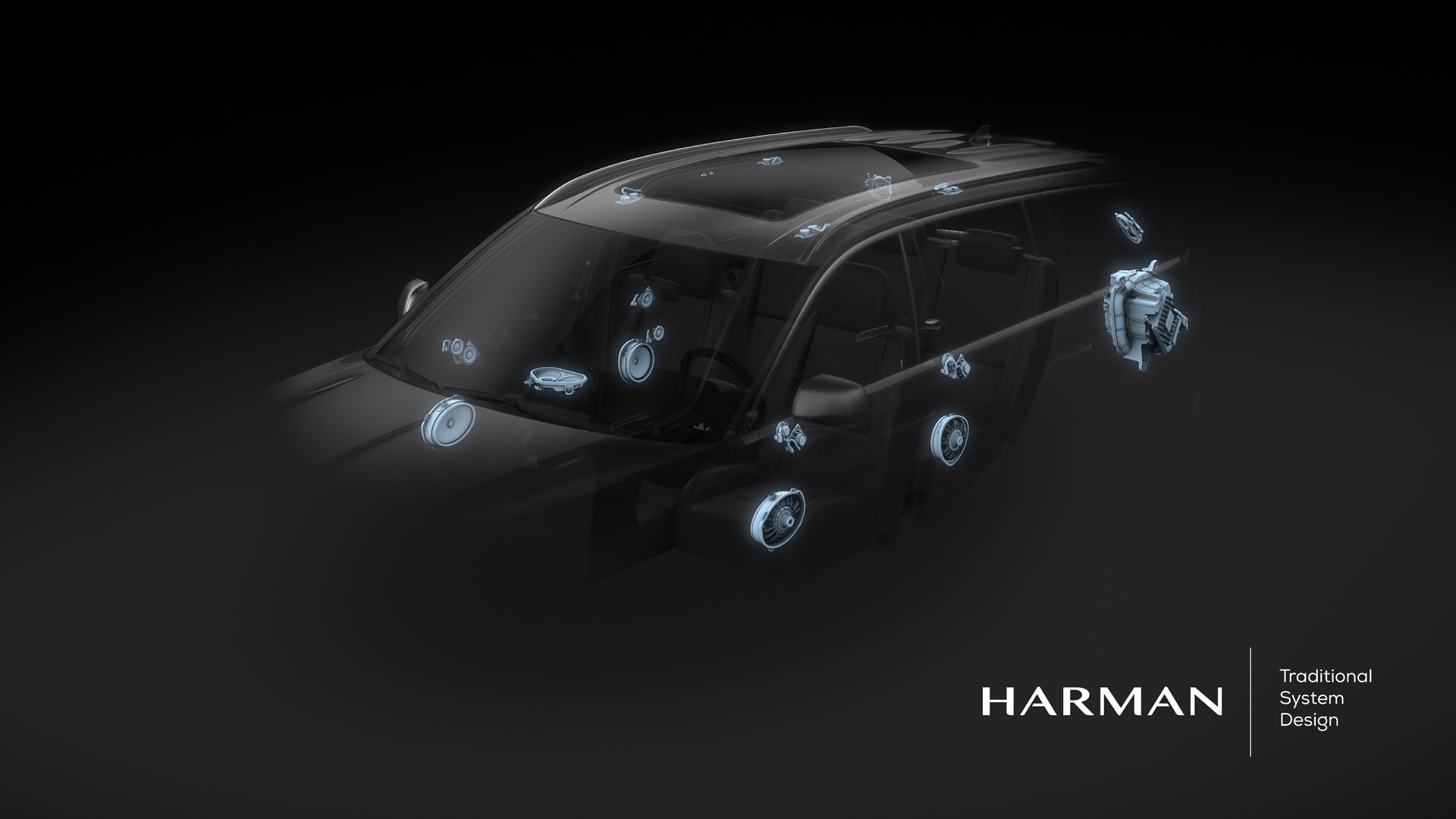 As systems have improved so have their complexity, space and weight, all impacting on range and efficiency. But fear not as technology may have the answer that will ensure we can still enjoy great-sounding surround systems.

Among the technologies already in development is Ecotect. Engineers at Harman claim that it can provide all the audio performance consumers are after, yet the system only uses half the physical parts. With lower weight, complexity and power consumption when compared to a traditional system, it could ensure we do not miss out on hearing our favourite tunes in an EV.

Saving on weight is even more important in an EV

The concept from the audio specialist eschews four traditional woofer speakers, which uses the whole car’s cabin as the enclosure, saving chunks of weight and space. According to Harman, the audio quality isn’t compromised thanks to a new design of ‘direct firing speakers’ that improve the soundstage. To further reduce weight, Harman’s engineers pair the remaining speakers so that they take up the same footprint with the bonus of lower weight and less cabling. 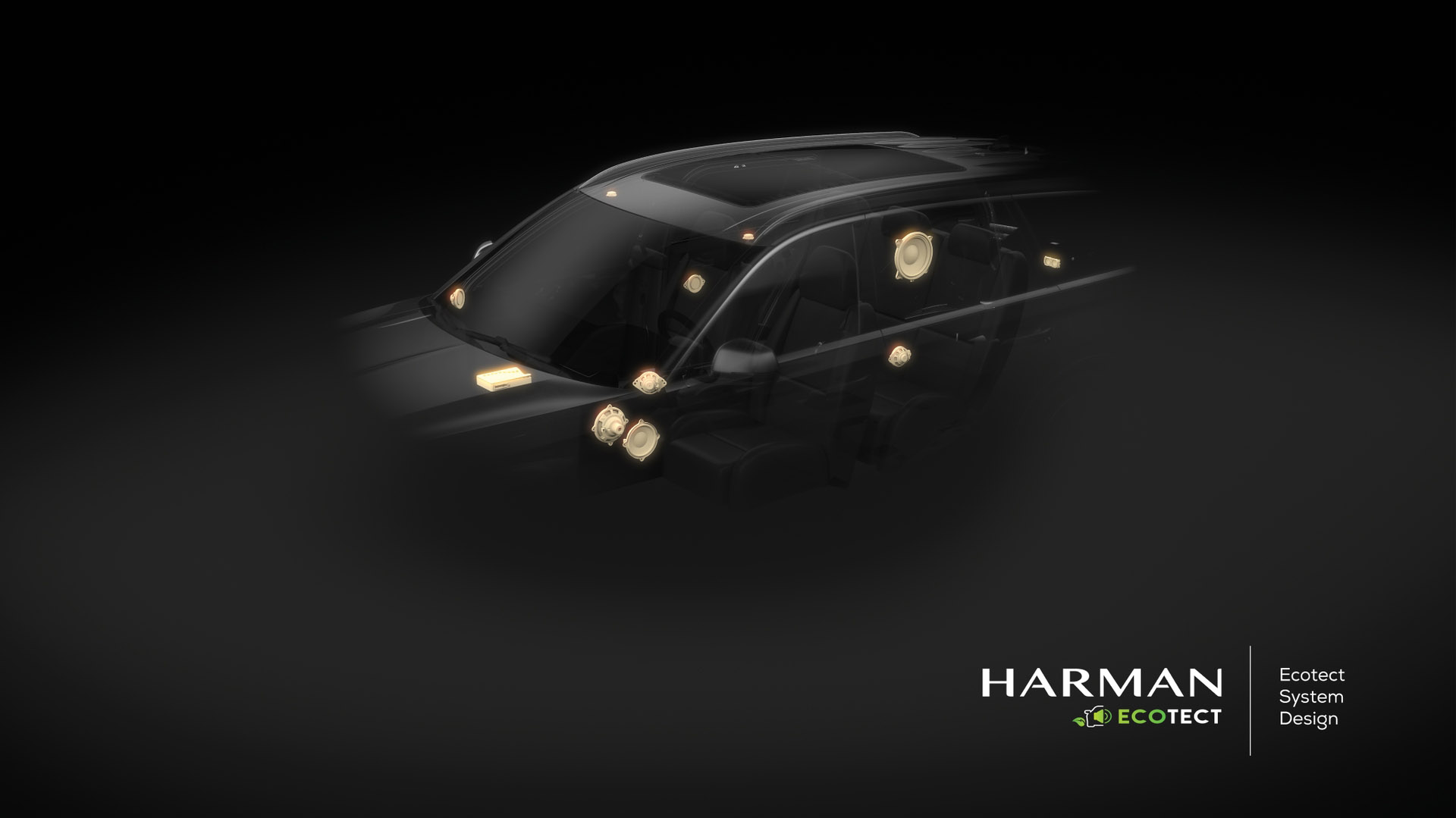 Making improvements to one element obviously can bring gains but the real benefits come when efficiency is considered for the entire system. That’s led to the development of special booster amplifiers and smarter software that allows the system to regain any performance losses from the simplified speaker setup.

Another important aspect of today’s cars is the ability to update them using over-the-air (OTA) services. Already popular with Tesla, whose cars not only receive firmware updates but also new features; BMW is another manufacturing such an approach – the German manufacturer recently confirmed over 500,000 cars will be receiving an OTA software upgrade.

As well as offering new services or improving the existing performance of the car, OTA updates could let customers upgrade their audio system via the Cloud. For example, services such as Audio Marketplace that come powered by Harman’s Ignite platform, enable its customers to have a better audio solution two years later.

Insuring Electric: How will the adoption of EVs affect premiums?