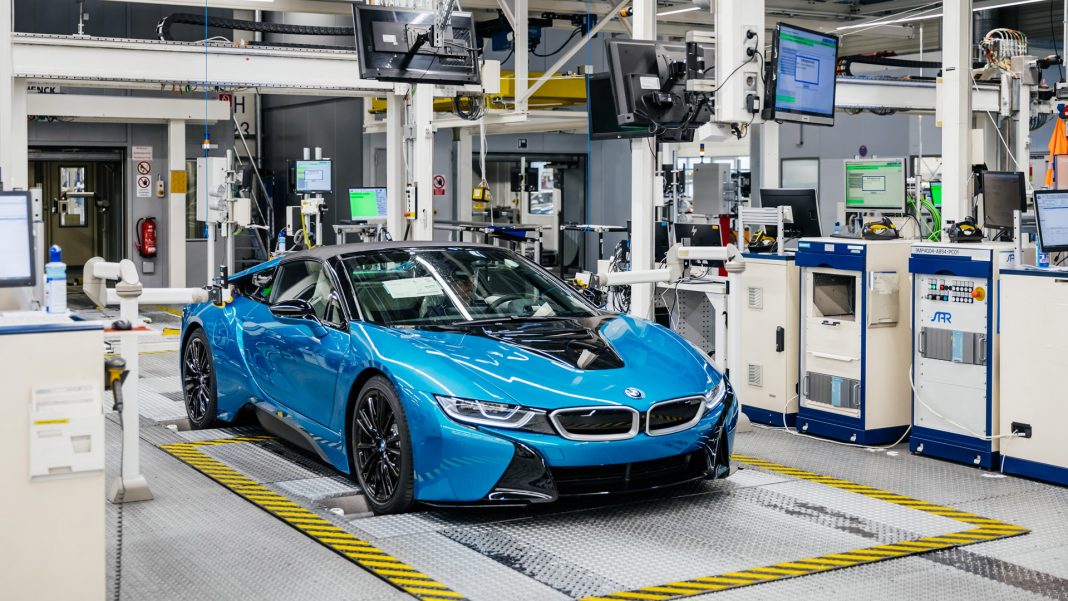 The very last 18 BMW i8 vehicles left the manufacturer’s Leipzig plant on 25 June. Each car was a one-off created for BMW’s customers. “The degree of customisation in these vehicles threw up some major logistical and process challenges,” said Plant Director Hans-Peter Kemser. “But our i production unit has proved yet again that nothing is impossible.”

Read next: Production begins for the BMW iX3 all-electric SUV

Manufacturing a BMW i8 is in itself a feat of modern automotive construction. It stems to the vehicle concept, drive technology, and unique mix of carbon-fibre-reinforced plastic (CFRP) and aluminium. But the final 18 models were even harder to manufacture; each one was finished in a paintwork colour that had previously not been applied to the outer skin components of a BMW i8. 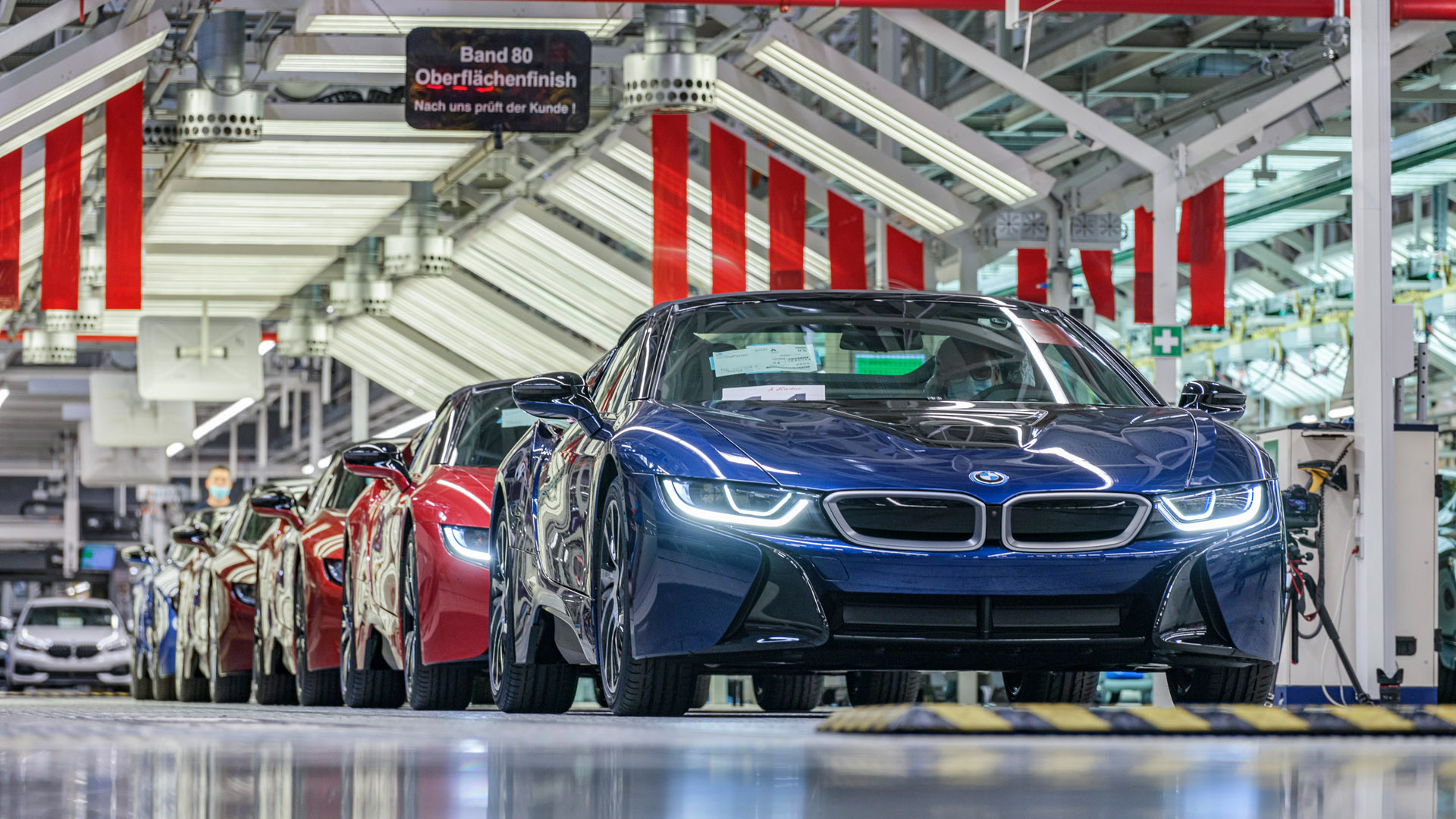 Painting such a large number of exterior parts in a unique blend of colours made production and logistics far more complex. Manufactured and painted virtually, the challenge lay in getting the components to the production line. Whereby each part being the only one of this colour in existence and highly complex to reproduce, the utmost care and precision were required.

“For BMW i8 production to end with a finale like this is something we can all be very proud of” said Plant Director Hans-Peter Kemser. The final vehicles also have customised components inside the cabin, such as Alcantara covers for seats and steering wheels, special trim strips and even fascia panels. 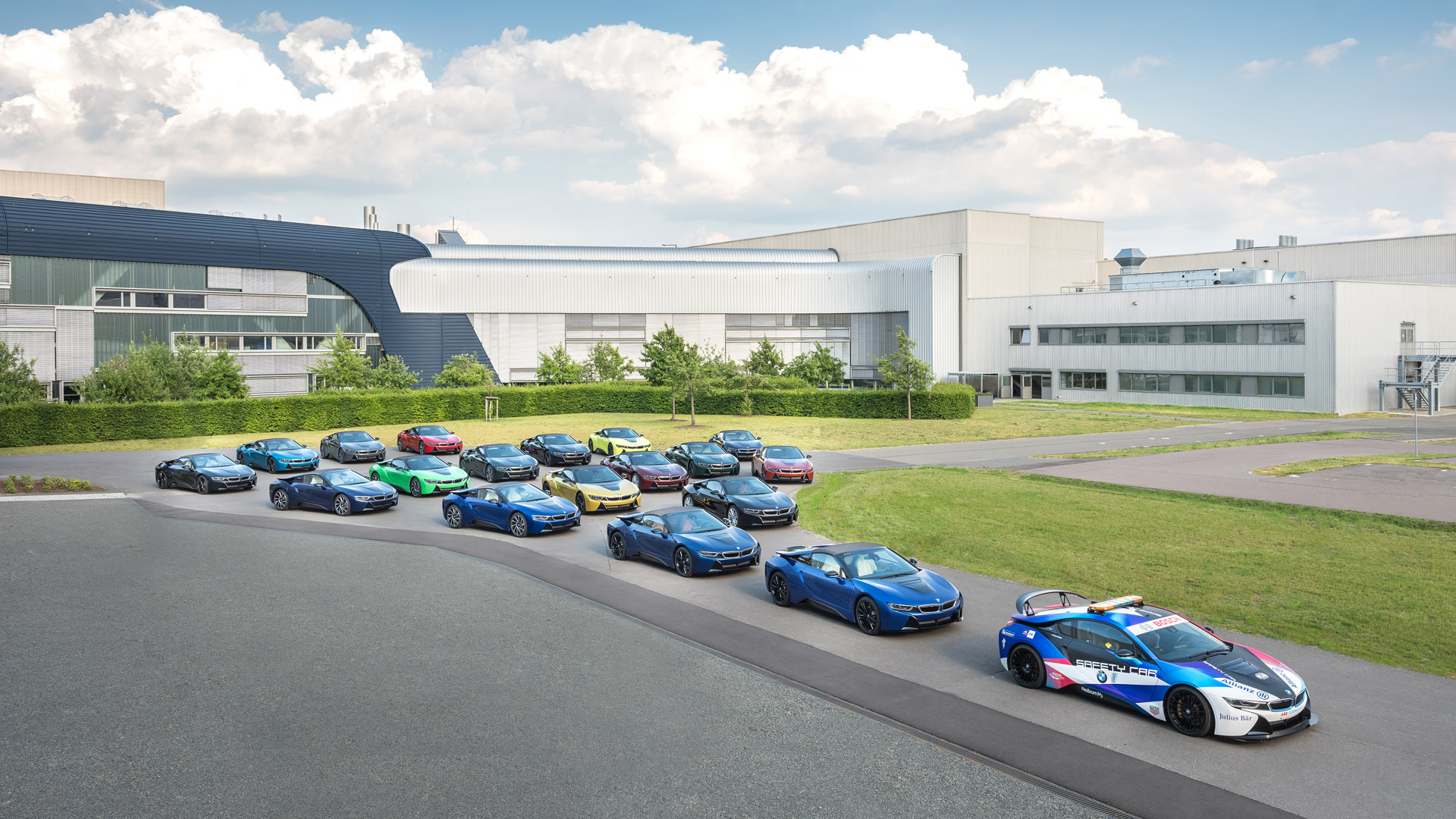 The customers in Plant Leipzig today – some of whom were members of the BMW i8 Club International – were on location to see their vehicles leave the factory gates and be handed over to vehicle logistics. Claus-Dieter Bachmann, President of the BMW i8 Club, described the day at the plant as a ‘highlight for our club members’.