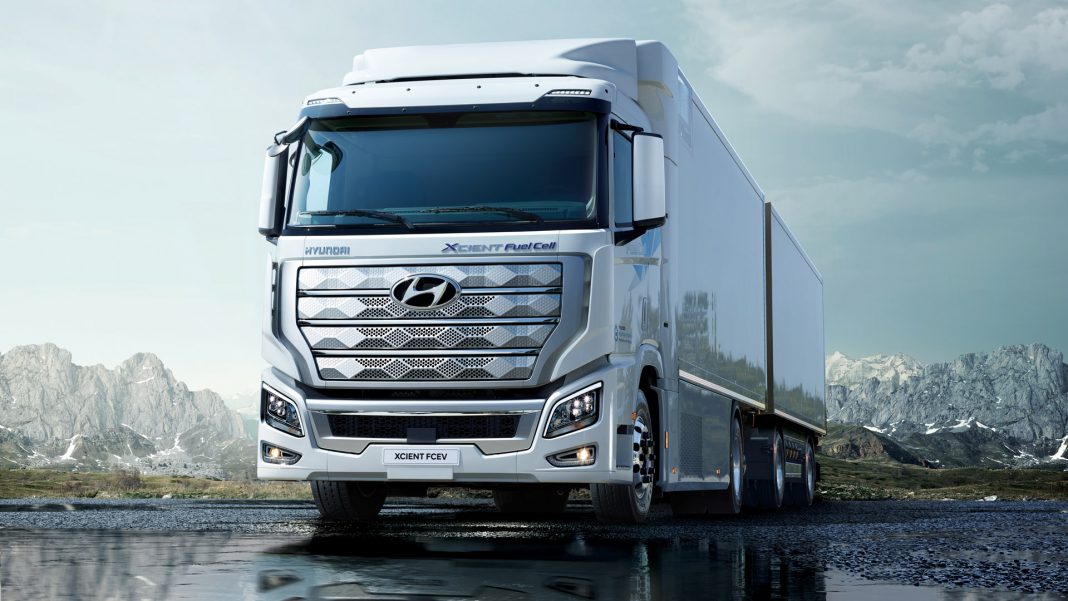 Hyundai has today announced that it has shipped its first ten XCIENT Fuel Cells, which are to be used in heavy goods vehicles (HGVs) in Switzerland. The South Korean manufacturer aims to deliver 50 XCIENT Fuel Cells this year and is looking to roll out over 1,600 fuel cell-powered trucks by 2025.

“XCIENT Fuel Cell is a present-day reality, not as a mere future drawing board project. By putting this ground-breaking vehicle on the road now, Hyundai marks a significant milestone in the history of commercial vehicles and the development of hydrogen society,” said In Cheol Lee, Executive Vice President and Head of Commercial Vehicle Division at Hyundai Motor.

“Building a comprehensive hydrogen ecosystem, where critical transportation needs are met by vehicles like XCIENT Fuel Cell, will lead to a paradigm shift that removes automobile emissions from the environmental equation.” 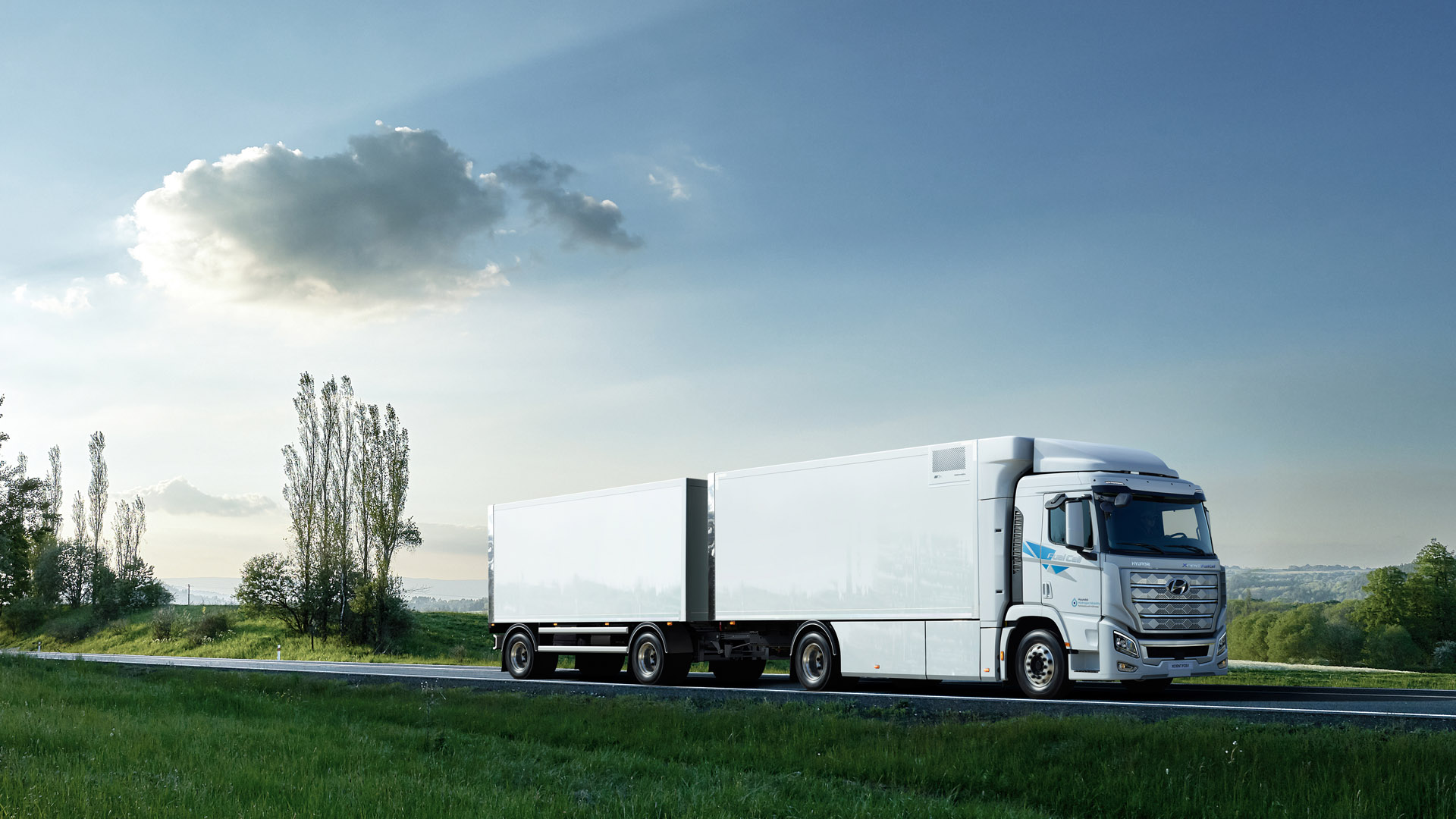 As such, the hydrogen-powered trucks last 249 miles (400 km) on a single tank; it’ll take approximately 8-20 minutes to refuel to full. This makes it perfect for commercial fleet companies who are looking to boost their eco credentials and further, not lose time at a refuelling station. 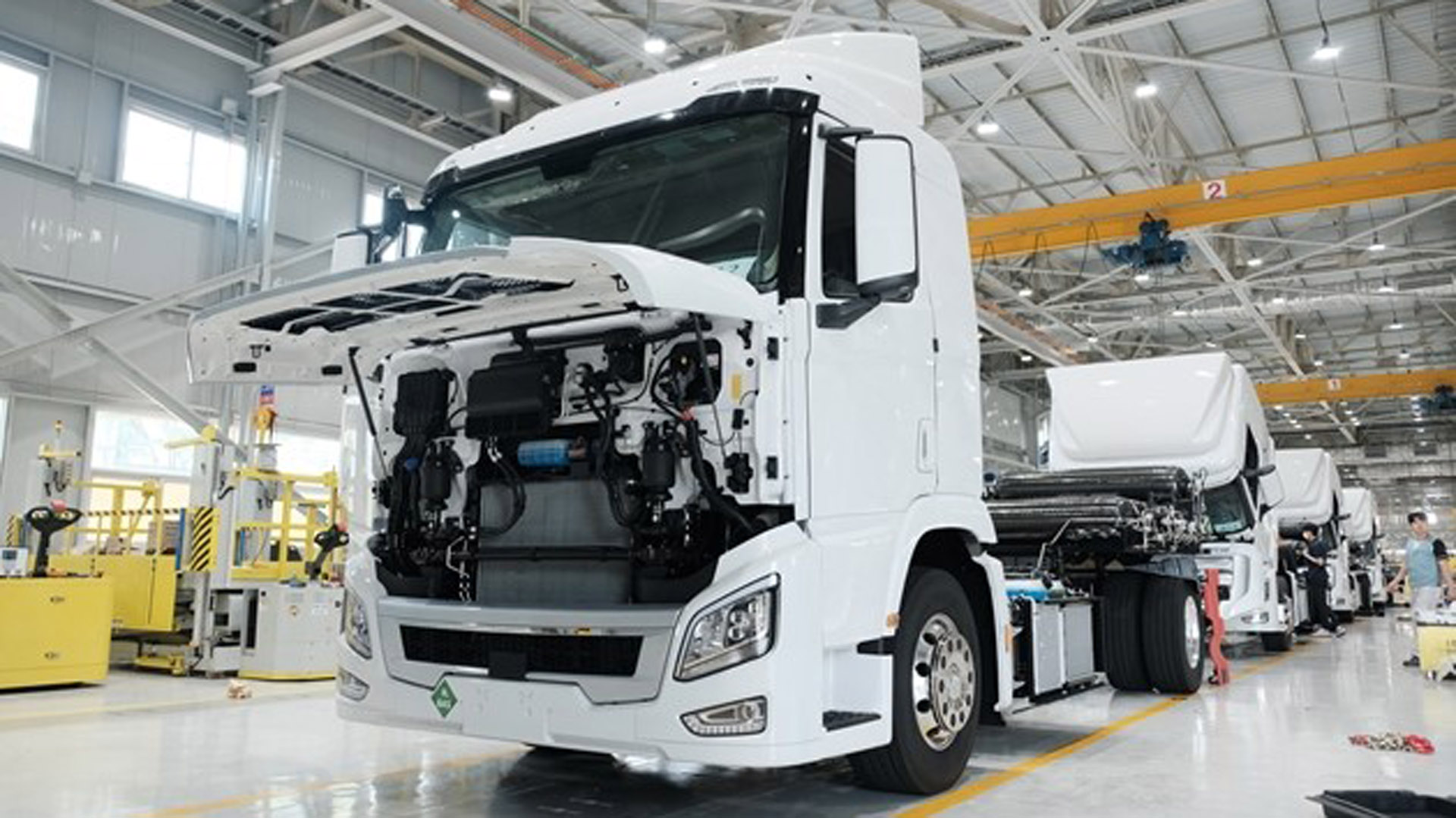 In addition to the XCIENT Fuel Cell, Hyundai is developing a long-distance tractor unit capable of travelling 621 miles (1,000 km) on a single charge. It is said to come equipped with an enhanced fuel cell system; it’ll be aimed at penetrating the North America and European markets.

All of this has been made possible after the South Korean automaker formed Hyundai Hydrogen Mobility (HHM), a joint venture with Swiss company H2 Energy. The Swiss company will then look to lease the trucks to commercial truck operators on a pay-per-use basis – there’s no initial capital expenditure for commercial fleet customers.

Hyundai chose Switzerland as the country’s LSVA road tax on commercial vehicles doesn’t apply for zero-emission trucks. This almost equalises the hauling costs per kilometre when compared to a regular diesel-led truck. 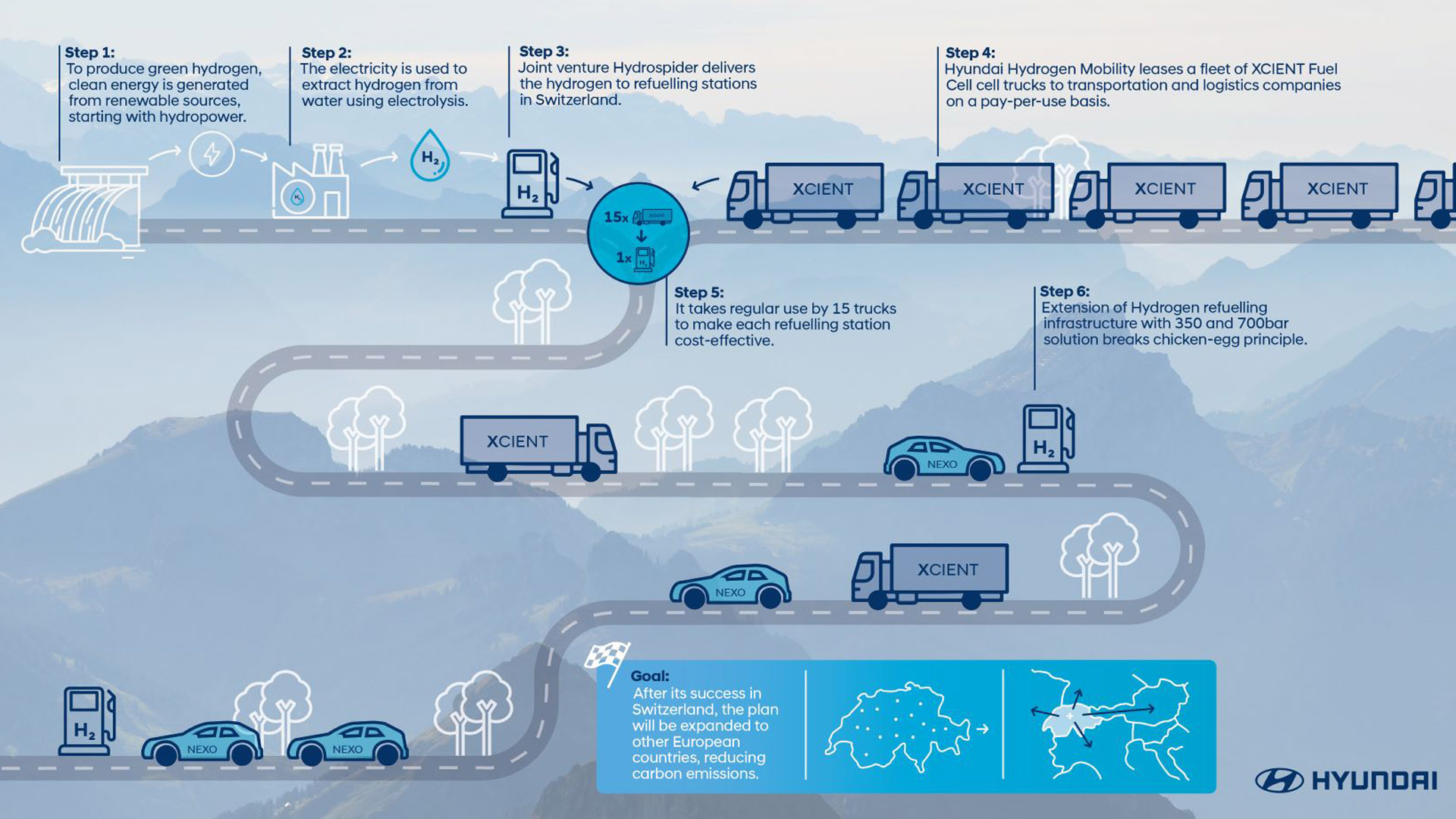 Furthermore, the country also holds the highest shares of hydropower in the world, which means producing 100% green hydrogen will be easy to accomplish – other countries don’t have fully renewable means of producing clean hydrogen.

As Hyundai looks to the future, zero-emissions mobility will play a significant role in the company’s strategy. In addition to the XCIENT Fuel Cell trucks, the automaker is also the manufacturer of NEXO, its second-generation hydrogen-powered SUV. By 2025, the company aims to sell 670,000 electric vehicles annually, including 110,000 FCEVs.

Reflex Vehicle Hire bolsters its range with a hybrid van