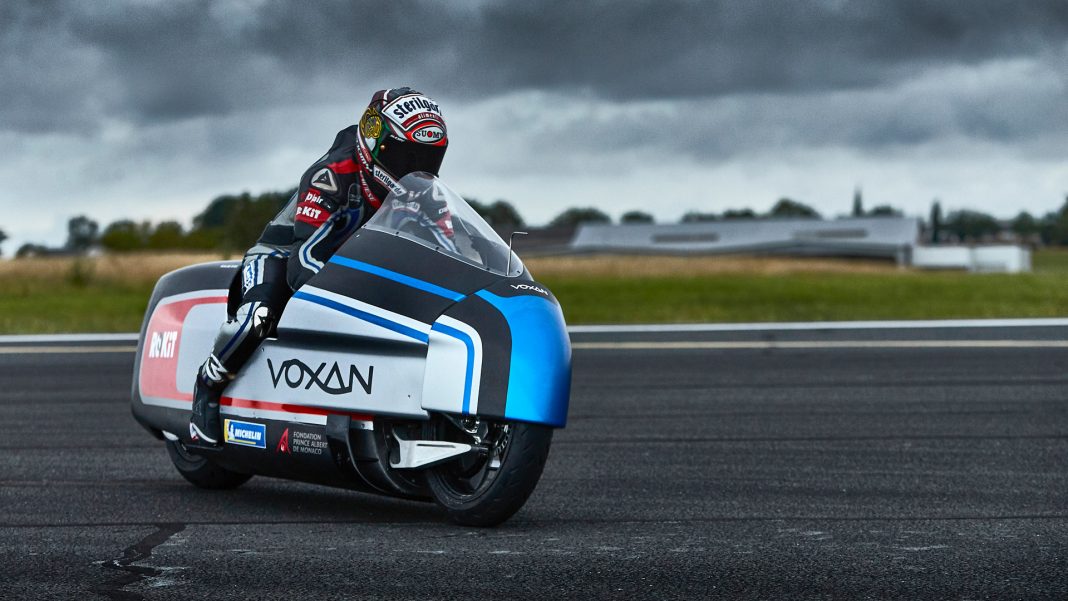 In 2010, Venturi, the Monaco-based automotive manufacturer acquired French motorcycle maker, Voxan. From this day on, Voxan was set on developing bikes with electric motors in them.

In 2013, the bikemaker introduced the Wattman, the manufacturer’s first electric motorcycle with 150 kW (203 hp) of power and, at the time, the most powerful e-bike ever made with a 0-62mph time of 3.4s. This was made possible thanks to a lightweight aluminium exoskeleton and an electric motor.

Now, the manufacturer has created a high-performance variant of the Wattman; one that’s meant to set a new world speed record for an electric motorcycle in July 2021. The run will be attempted at the Salar de Uyuni salt flat in Bolivia, where the new 270 kW (367 hp)-powered Wattman will look to go past the 205 mph (330 km/h) mark.

The development of the bike presented as few challenges for the Venturi Group – the bike not only has to be safe to ride but aerodynamically designed to operate at such extreme speeds. As such, the new Wattman is based on an entirely new concept, whereby the bike’s design had to be done from scratch.

Louis-Marie Blondel, who leads up Venturi’s Formula E development team said: “We focused on two main points: drag (aerodynamics) and stability at high-speed. We were aiming to have the smallest possible projected area, but with a long wheelbase and a large rake, so the rider would be positioned as low as possible. We then identified a target speed, based on the existing record of 204.48 mph (329 km/h) set by Ryuji Tsuruta, riding a Mobitec EV-02A in the autumn of 2019.” 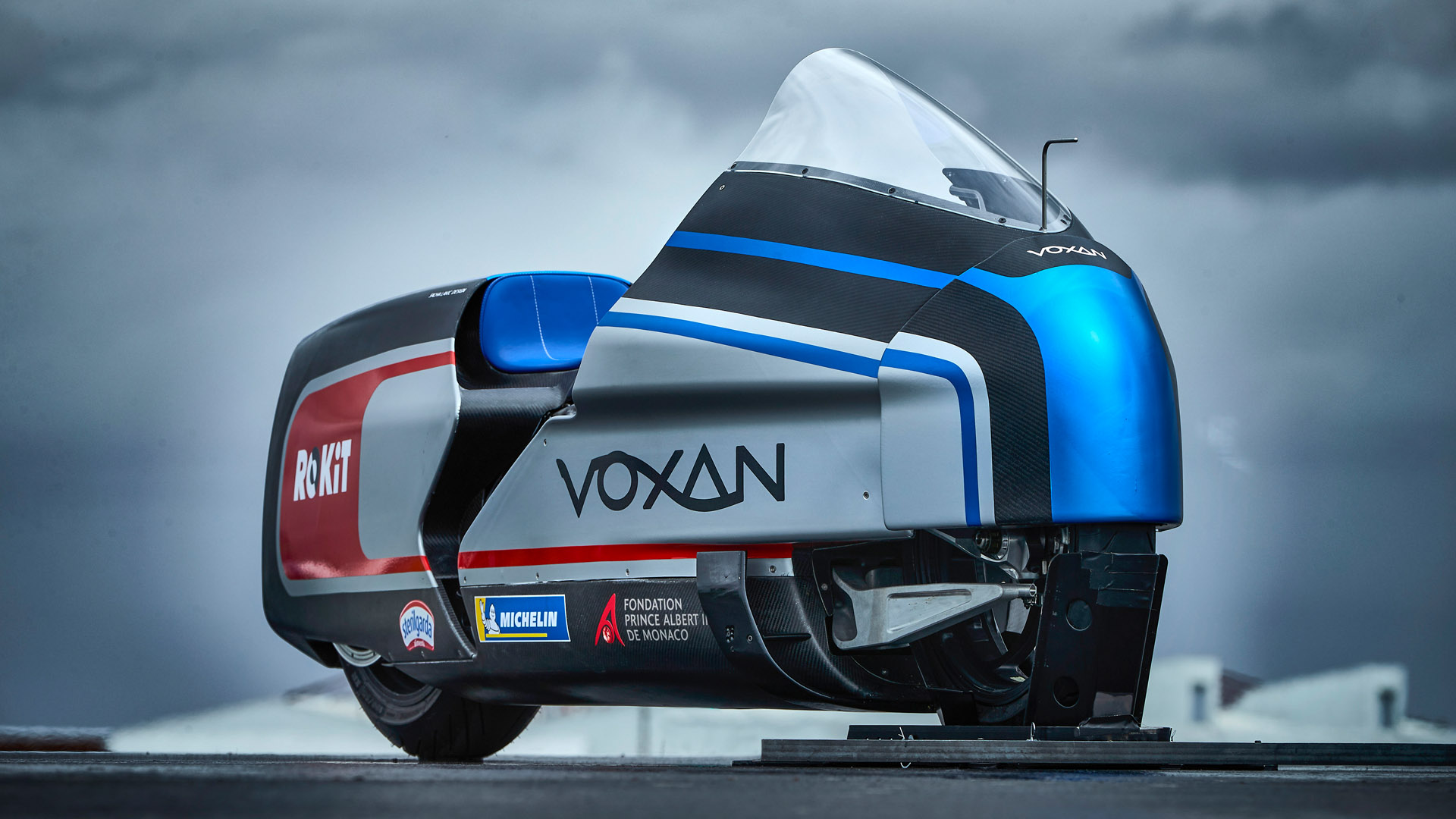 Franck Baldet, the project’s technical director and the Head of Season 3 development of the Formula E vehicle said: “We were able to do aerodynamic calculations up to more than 240 km/h (149.1 miles/h), which provided us with a wealth of information. Above that speed, we were getting into uncharted territory, but we learned other things from our track testing, and the thousands of computer simulations we did. On a very low-grip track, the slightest deviation can have very significant implications for stability. That’s why the design and aerodynamic profile of the motorcycle are so important.”

When it comes to the bike’s design, the Venturi-Voxan team had to maximise the distance between the front and rear wheels, as a longer wheelbase provides more stability – this is extremely important when riding at extreme speeds.

To help the bike remain rigid, the engineers designed a double-wishbone front suspension, rather than a telescopic fork. This is done in order to keep both sides of the wheel clear as it helps lower the drag coefficient of the bike.

As for steering, the new Wattman has a link and swingarm design, which allows for the rider to sit further back and lower the vehicle’s centre of gravity. 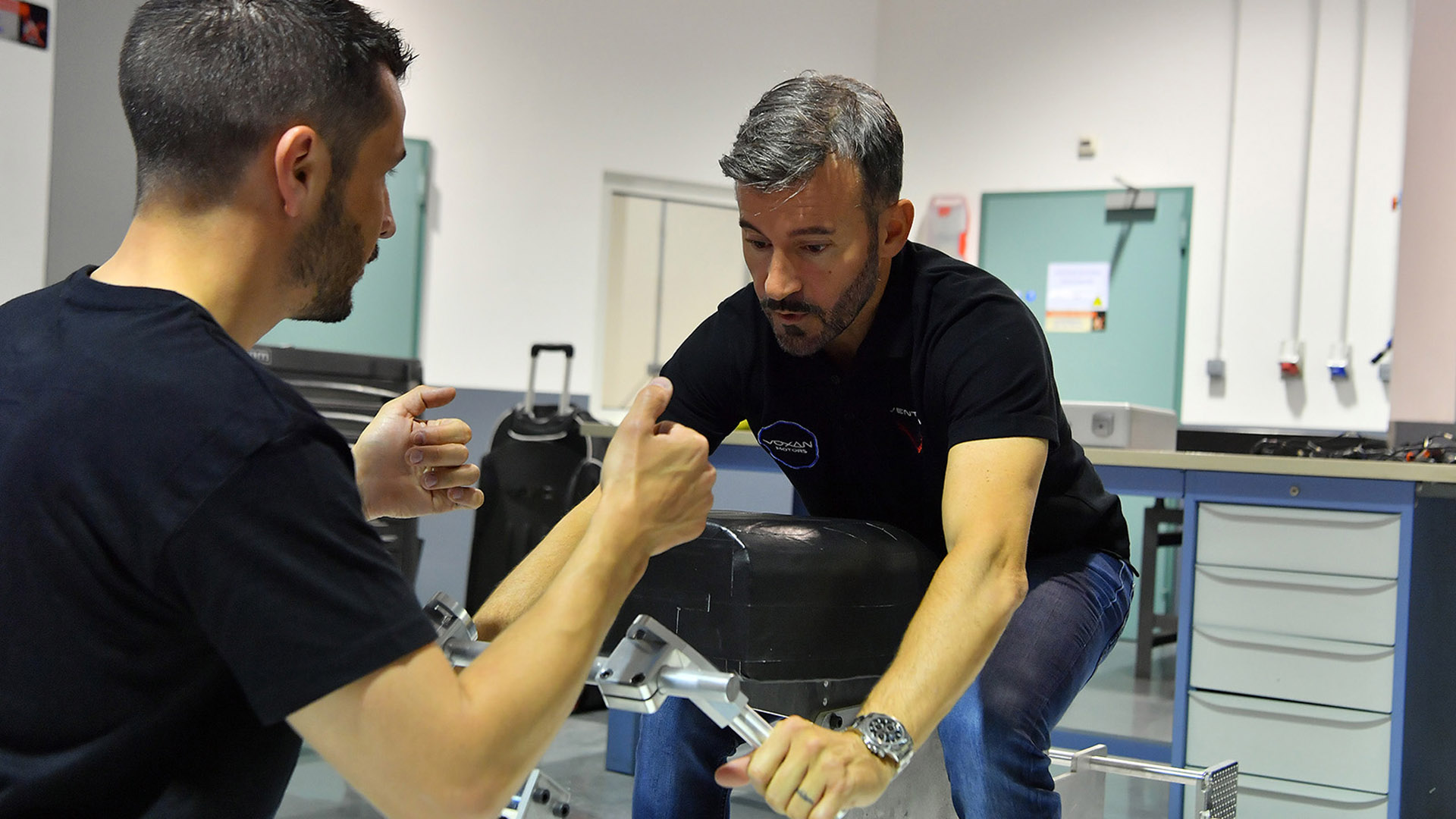 “There is no front brake, for several reasons”, continues Franck Baldet. He added, “it’s better aerodynamically at high speed, but also on the vast salt flats it takes quite a while to accelerate (due to the low grip surface) and we have plenty of room to slow down. Last, but most importantly, front-wheel braking at very high speed on a salt flat can unbalance the motorcycle and cause a fall. We aren’t using a parachute, but the rider does have a rear-wheel brake, which he controls with the left handlebar grip, and also engine-braking controlled by a small lever on the right handlebar grip.”

Unlike other motorcycles, the Voxan Wattman has no conventional cooling system. Here, to prevent the bike from overheating, the fluid present in the circuit is cooled by dry ice (carbon dioxide compressed to a solid state), contained in a tank mounted under the seat. The cooled fluid is then pumped through the cooling circuit which runs through the heart of the bike’s powertrain.

Moving onto the battery – that plays a fundamental role in the bike’s operation – it was created from the ground up by the team based in Monaco and Venturi North America, the Group’s subsidiary in Columbus, Ohio, at the campus of Ohio State University (OSU). 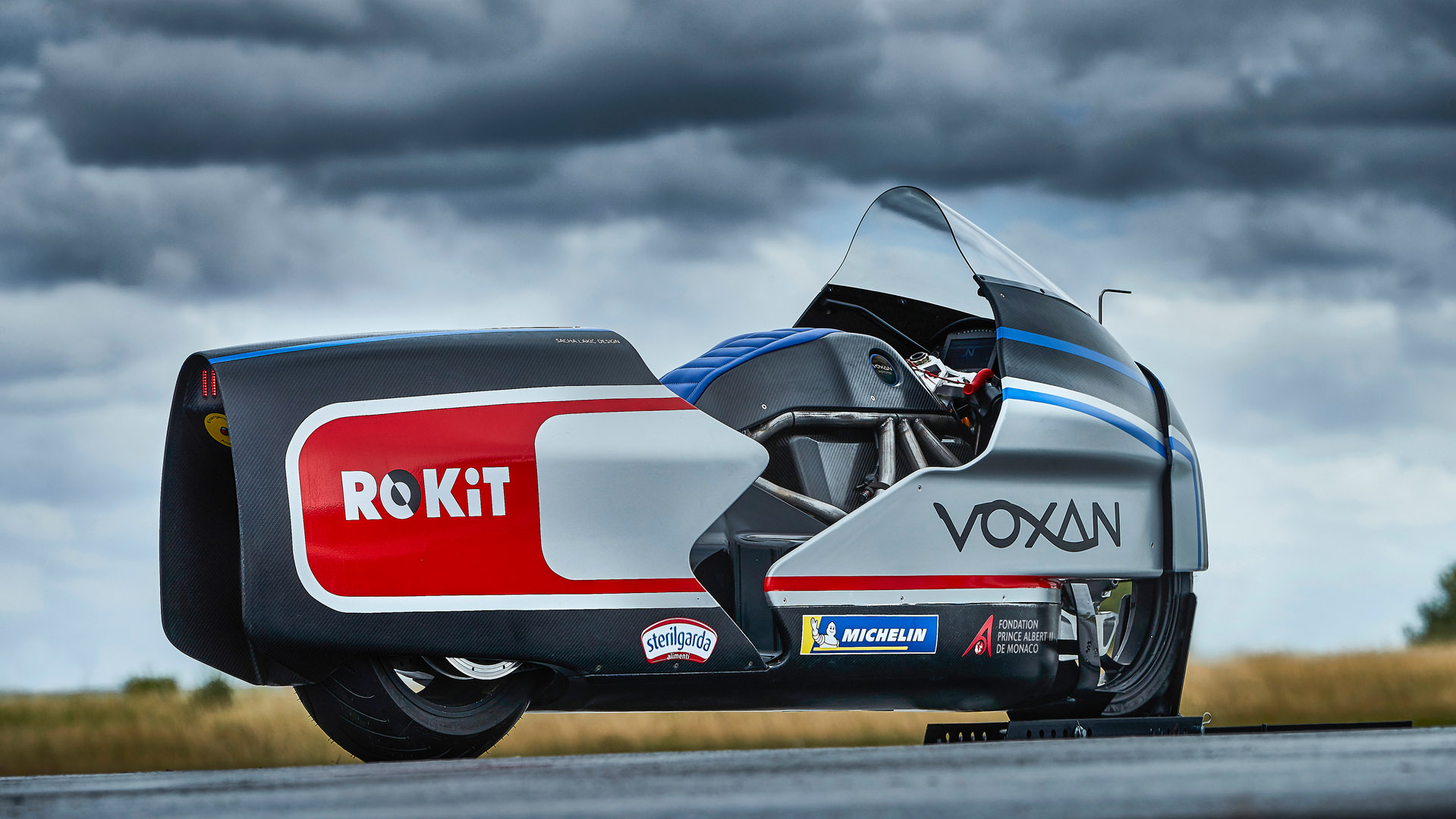 Since 2000, the Venturi Group created several high-performance electric engines for various types of vehicles. The Monegasque constructor is also responsible for the Venturi VBB-3, which currently holds the world speed record for an electric vehicle – it ran at an average speed of 341.4 mph (549.43 km/h), with a peak speed of 357.91 mph (576 km/h).

Fourteen years later, and four years after acquiring Voxan, Venturi went onto be the first team to commit to the new Formula E Championship. Its experience in motorsport led it to create the engine of the Wattman.

“It has proved valuable, particularly for the process of optimising the Wattman’s electronics, which we have had to develop completely, whether in terms of energy management or power management. Like Venturi vehicles, and also our first Formula E powertrains, the Voxan Wattman is entirely Made in Monaco” explains Franck Baldet. 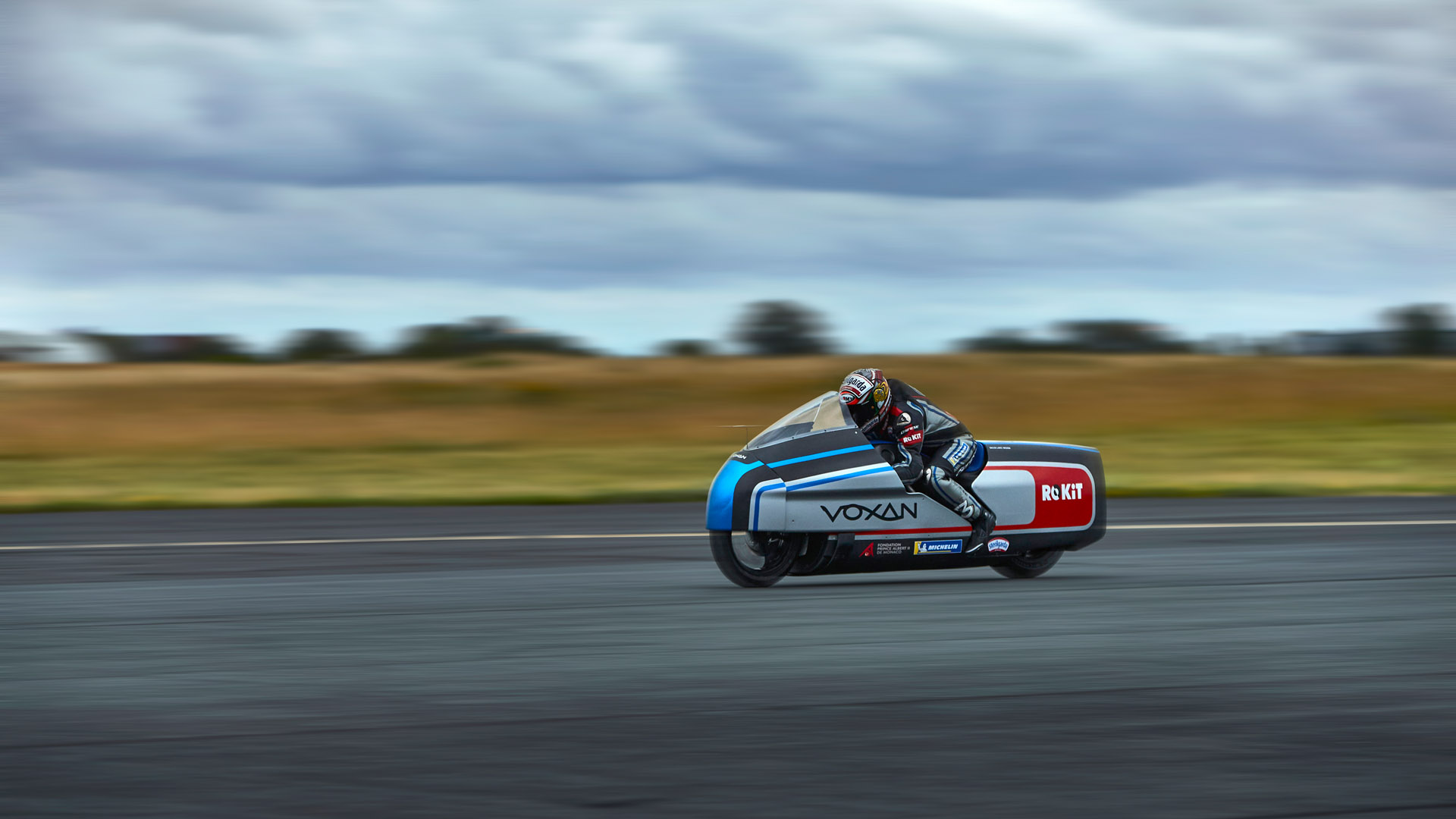 For this first world record attempt, the Venturi Group will be using Michelin Pilot RS+, 190×55 R17 for the rear wheel, and 120×70 R17 for the front. They are both grooved, as required under FIM rules for record attempts.

The tyres are approved for a maximum speed of 217 mph (350 km/h); to test this, Voxan Motors and Michelin used test benches normally reserved for aircraft tyres.