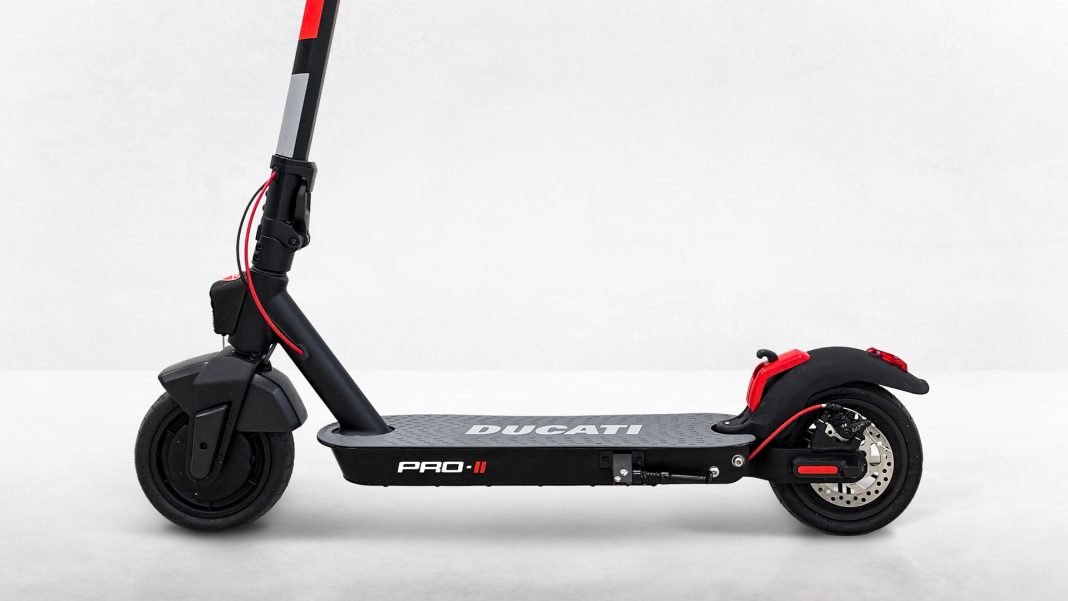 Ducati and MT Distribution, licensee and commercial partner, have announced a new line of folding e-bikes and electric scooters, which will be available for purchase later this year.

The e-mobility products will be designed for all those who want to move around the city with style and originality. It is seen by some as Ducati’s response to a growing trend in sustainable mobility. As such, the motorcycle manufacturer is launching seven new products with the help of MT Distribution, an Italian company that’s already got 40 years of experience in the sector.

The new range will consist of four electric scooters and three folding e-bikes under the Ducati, Ducati Corse and Ducati Scrambler brand. The scooters will have motors ranging from 250W to 500W of power, while the e-bikes will be limited to 250W motors, instead. The limitation comes from the maximum available power allowed by law for this type of vehicle. The first two electric scooters to be presented are called the ‘Cross-E’ and ‘Pro II’; they’ll launch on 20 June and 6 July later this year, respectively. 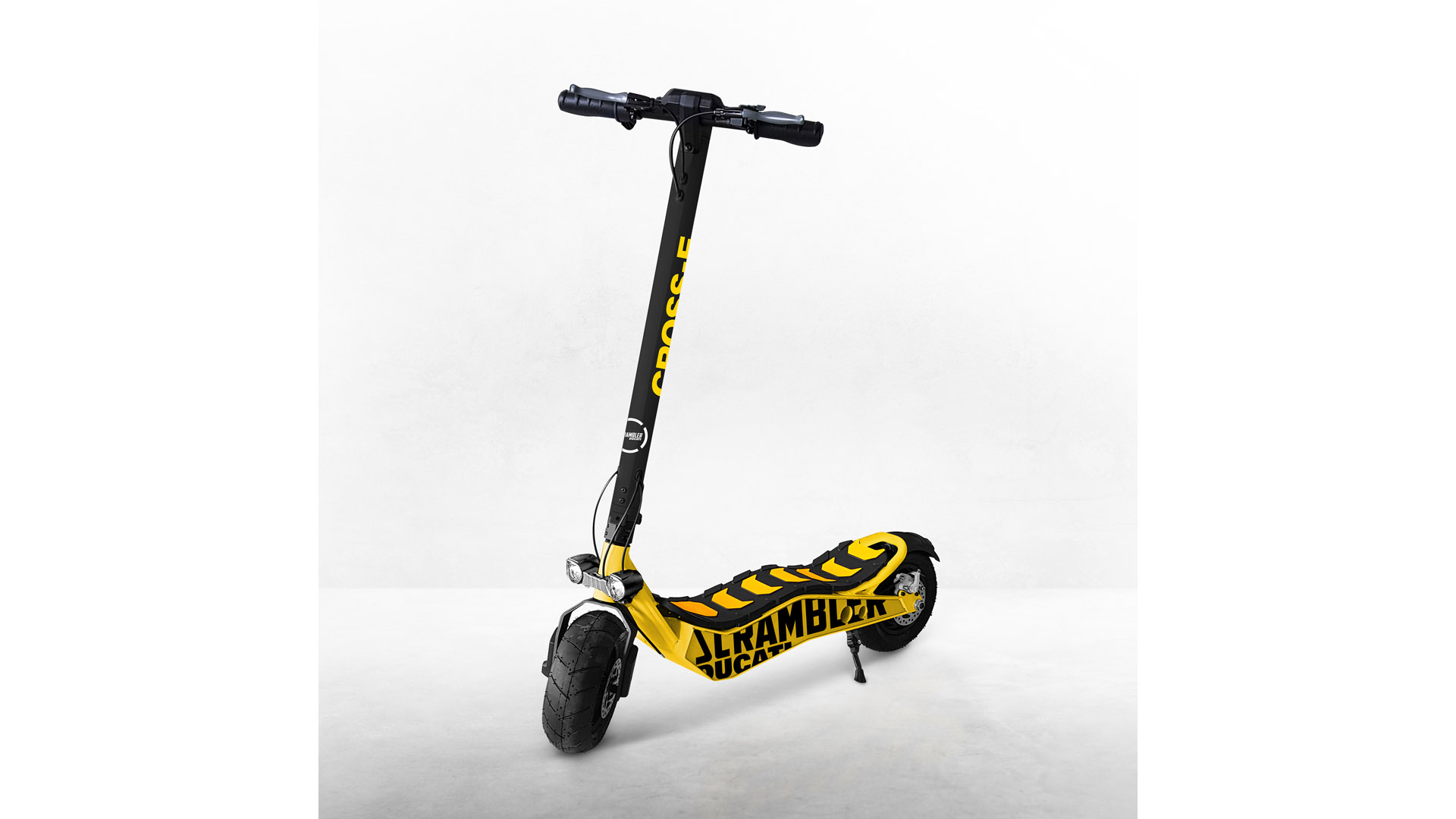 During the development of these products, the Ducati Design Centre collaborated with Italdesign for the folding e-bikes. As a result, the upcoming products look the part.

The Ducati Scrambler branded as the ‘Cross-E’ scooter has anti-puncture tubeless tyres (size 110/50-6.5”), which make it suitable for riding in dirt or uneven roads. With a 500W power output, the scooter is set to be powerful in dealing with uphill climbs. In terms of range, expect around 18.6 to 21.7 miles (30-35 km) on a single charge running at an average speed of 9.3 mph (15 km/h). There are three separate drive modes which can be selected through the 3.5″ LCD display. It’s also worth knowing that there are two headlights, which allow for it to be used at night. 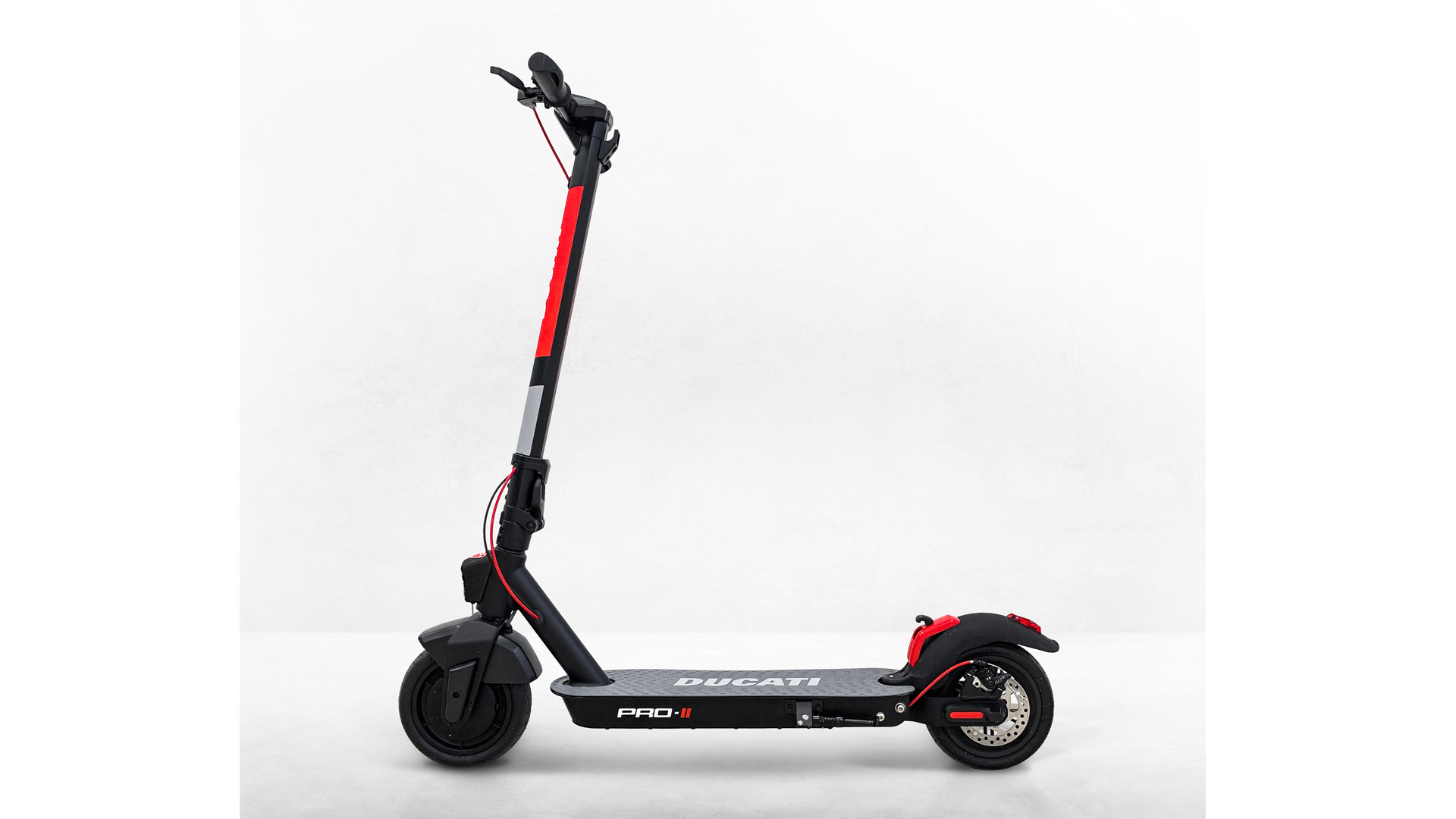 As for the Pro II, it has a 350W motor, instead. Housed inside the shell is a 280 Wh battery pack, which nets between 15.5-18.6 miles (25-30 km) of electric driving range. The Pro II has rear suspension and 10″ puncture-proof tubeless tyres that are deemed to increase ride comfort. Much like the Cross-E, the scooter has a 3.5″ LCD display that can be used to access the vehicle’s settings.

The folding e-bikes, which will be launched later this year will both come equipped with integrated rear lights that’ll be within the seat post.

If the Ducati bikes take your interest, they’ll be available at Ducati dealers and in the online Ducati Shop. For further information can also be found on MT Distribution‘s website.